I have a friend who might be interested in hosting Survival X on his Windows 10 server. He's currently hosting MineCraft but was thinking about trying minetest too.

P.S. He could fire up a VM with a different OS on it too, if necessary.

Cool..what do you need for it?

Perhaps a zipped backup of your entire minetest directory, minus anything you don't want us to have (like other worlds, etc.), so we would have minimal configuration or setup to do. Is that possible?

I can probably fit it on my flash drive and hand it to him as soon as I can download it from you.

By the way, what OS is it running under?

i might update the world in the dropbox with the latest one when its needed..

Yeah--I downloaded those before. When you do update it in the dropbox, is there any way that you could tgz the whole minetest folder? If there are parts of it that you don't want us to have (like other worlds, etc.), you could copy it to a new, temporary folder, delete the unwanted parts, and tgz the temporary folder for upload.

I just checked with my friend, and he said that he can definitely spin up an Ubuntu 16.04 server. I think it'll be easiest if we make as many things the same as possible, at least initially. That's why I'm hoping to get your whole minetest folder (including executables, configs, etc.).

P.S. By the way, I think that it's cool that you worked with the Animated Bible series folks. The world needs more of that.

I have updated the dropbox link with new content.

@Sheriff: let me know if that works for you or if you need something more

if needed i can share also the crontab with scripts for automatic updates, backups and feedback in the minetest chat..

OK, got it downloaded. Thanks. We'll fire it up and see what happens!

Thanks again, and I'll update you here as we go.

I'm sorry, SaKeL--the map.sqlite file in the zip appears to be corrupted. Was the game running when you created the copy? If so, you probably need to take the snapshot when the game is not running.

Thanks, and sorry for the trouble.

yes thats possible that its corrupted..the only time when is the game not running is also the map backed up... i will upload the latest game backup also..

@Sheriff: i have uploaded latest map backup to the dropbox, just replace your current folder with this one

OK. I got it all downloaded and merged them all together into a single zip file to give to my friend, so he can dump it onto his server. I'll let you know how the adventure goes. :)

wow there is tons of new structures and very beautiful builds, that is so awesome, good job and thank you! 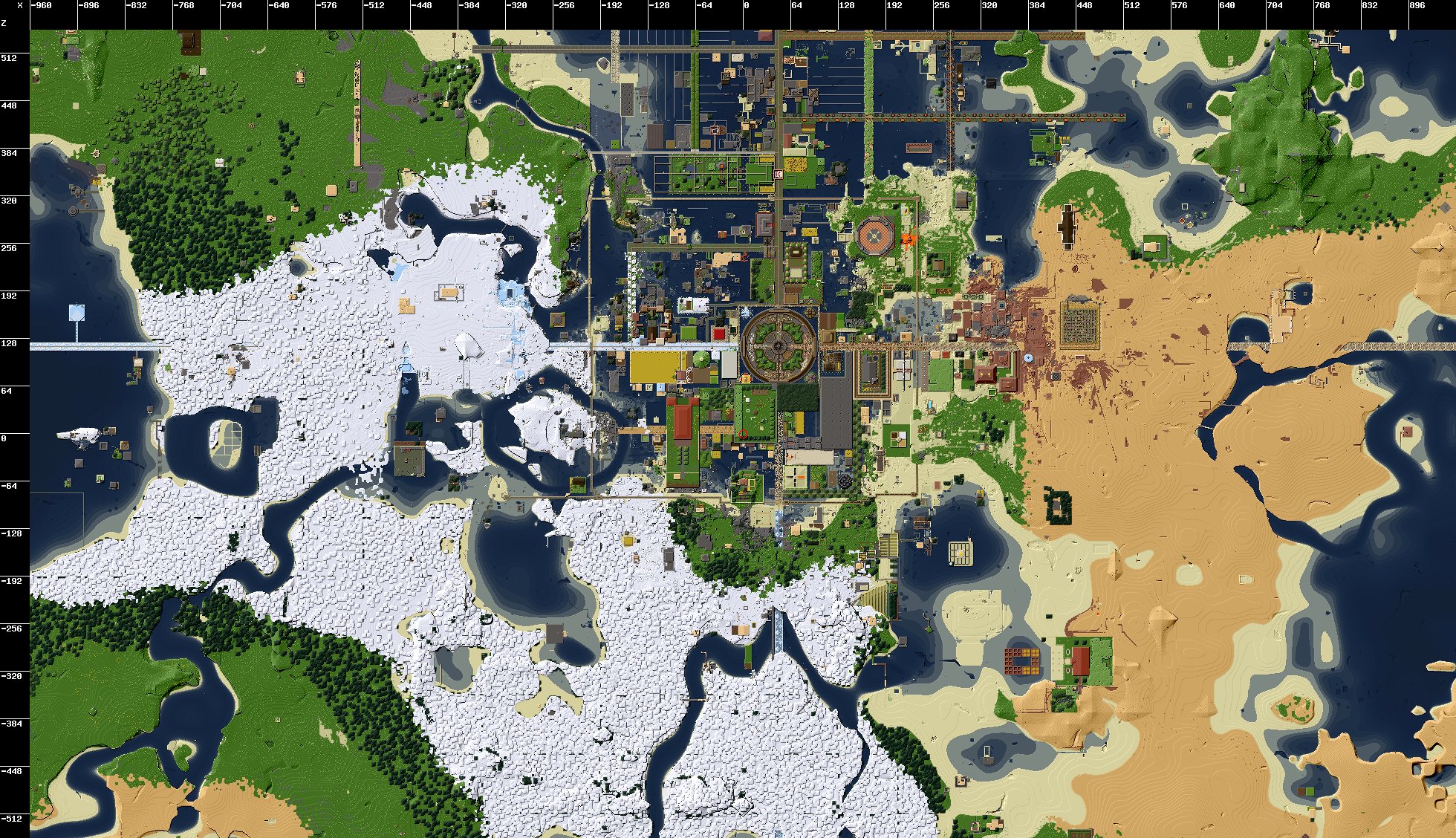 here is 4k version of the map screenshot

Sakel, can you do something with it?

Can you open PM?

it was did over the protect, just put sand block over rails and griff is done

Sheriff wrote:OK. I got it all downloaded and merged them all together into a single zip file to give to my friend, so he can dump it onto his server. I'll let you know how the adventure goes. :)

Did any one have luck copying the world?

I do not need to replicate the whole server, just the world + mods (for my little son, who likes the world very much, but survival multiplayer is still too harsh for him).

Maybe there is another way / source? Or a similar world?

Thanks for the world and everything :-)

I can upload the latest map - fresh and you can try it again with that? In the backups should not be corrupted sqlite but you never know..will come back here once i upload it.

SaKeL, thank you very much. I will definitely give it a try with a fresh map copy/backup (once it's available).

I apologize that my friend and I have been really busy with a work deadline lately and haven't gotten a chance to get this running on his server. When we're ready to really dig into it, in-earnest, we'll probably ask for a recent backup here again. So sorry for the delay.

Any idea when the existing subscription will run out?

zorancz wrote:SaKeL, thank you very much. I will definitely give it a try with a fresh map copy/backup (once it's available).

Indeed the files are corrupted :/ created a new manual backup.