have several moderators with spy mod so they can do screenshot evidence and ability to remove interact from offender. Lag didnt want to do that and look what happened.

You can disable /privs command so that cheater cant see who moderators are.

2. "If using a hacked client, do NOT use it offensively " heh like they will follow any stupid rules.. its a challenge to them to mess stuff up ;) not follow rules

I agree with rnd. Why should anyone be allowed to cheat if the rules specifically say "No cheating"? It makes it highly unfair to everyone else that they can get a bunch of stuff and make a load of money selling it back to everyone (or, in the case of the original JT, blowing up spawn and taking over all the land in it i.e. CleanerPro)

I propose the same thing, except having said moderators monitor any player who is accused of cheating. I have seen this stuff on several occasions (myself being an admin on another server before) so I know how it is with certain types of players.

Additional Note: Guest0 might also be TinyDancer. I've heard a number of complaints about this player in RL.

Note on Images: The house was originally made out of cobble. The grief mainly consists of dug/placed blocks and walls torn down. The place has since been protected by 843jdc to prevent further damage.

I have a few suggestions to make about telling newcomers what exactly is going on with the server restart, the so-called “player reset”, and so on. Because I think it's worded in a way which is confusing or even misleading.

To make things simple, just say the server shuts down daily at 23:00 UTC and let's just forget about EST, EDT, and so on altogether. Please use UTC for both forum post and server announcement.

Giving the warning only at 5 minutes may be critically to short, especially if the player's “home” is very far from spawn. Many players already write their own warnings in chat, so it makes sense to automate this.

Also, make it so that they appear in red in chat2 (no need to flood the chat, however) at 10 minutes and below. AFAIK this can be done by starting the message with “!”. The other messages can just use the normal chat, without any coloring.

This is all rather vague. Especially “Player files are deleted.” sounds very scary, it is even a bit misleading. The newbie might ask, what exactly does it mean when a player file is deleted? Do I have to start over daily? Will I lose my protected areas? Will I lose everything? Will I lose my account and password? These were the questions I asked myself on my first day. Apparently, the answer is always “No.”.

I would reword everything in a way which leaves no doubt open and tells all the players need to know. Avoid technical descriptions, just tell players what is relevant to them.

The server will be restarted daily at 23:00 UTC.

After a restart, the player inventories are emptied and reset to the starter items, players are returned to the spawn point and they are fully healed.

To avoid losing your items, put them into chests before the server restarts.

This sounds a lot LESS scary than “Player files are deleted.”.
My creations. I gladly accept bitcoins: 17fsUywHxeMHKG41UFfu34F1rAxZcrVoqH

mod request: chatplus (it has /ignore command), which could be very useful right now :)

are you using this playerplus mod? https://github.com/tenplus1/playerplus (it should not suffocate when standing near fences).

I have just posted a PR on said playerplus mod to improve the suffocation criteria, as suffocation is kinda broken. Basically I use the same criteria as in real_suffocation as those criteria work reliably, based on my experience so far. So if you insist to keep using playerplus, playerplus should at least fix the broken suffocation. 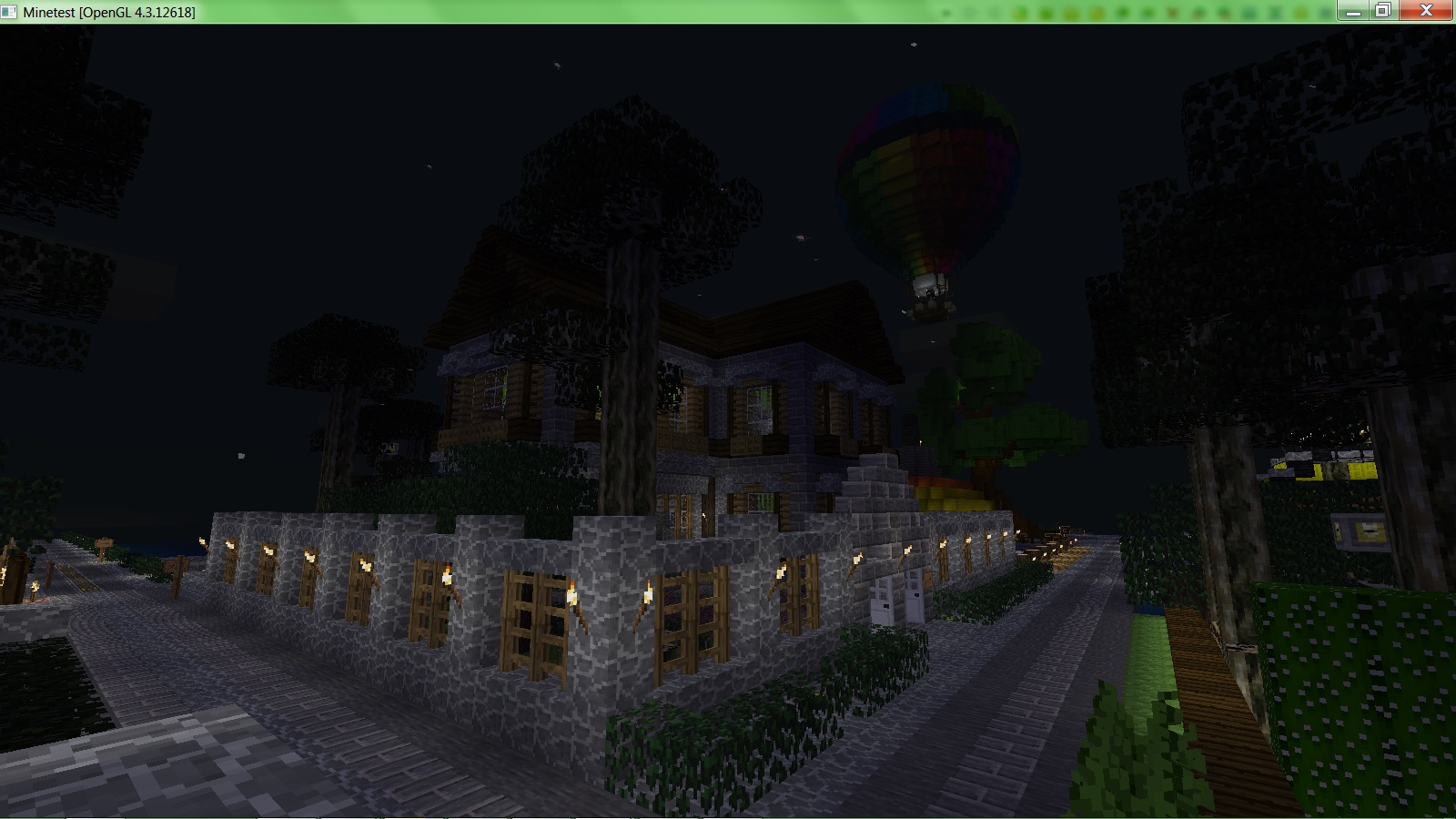 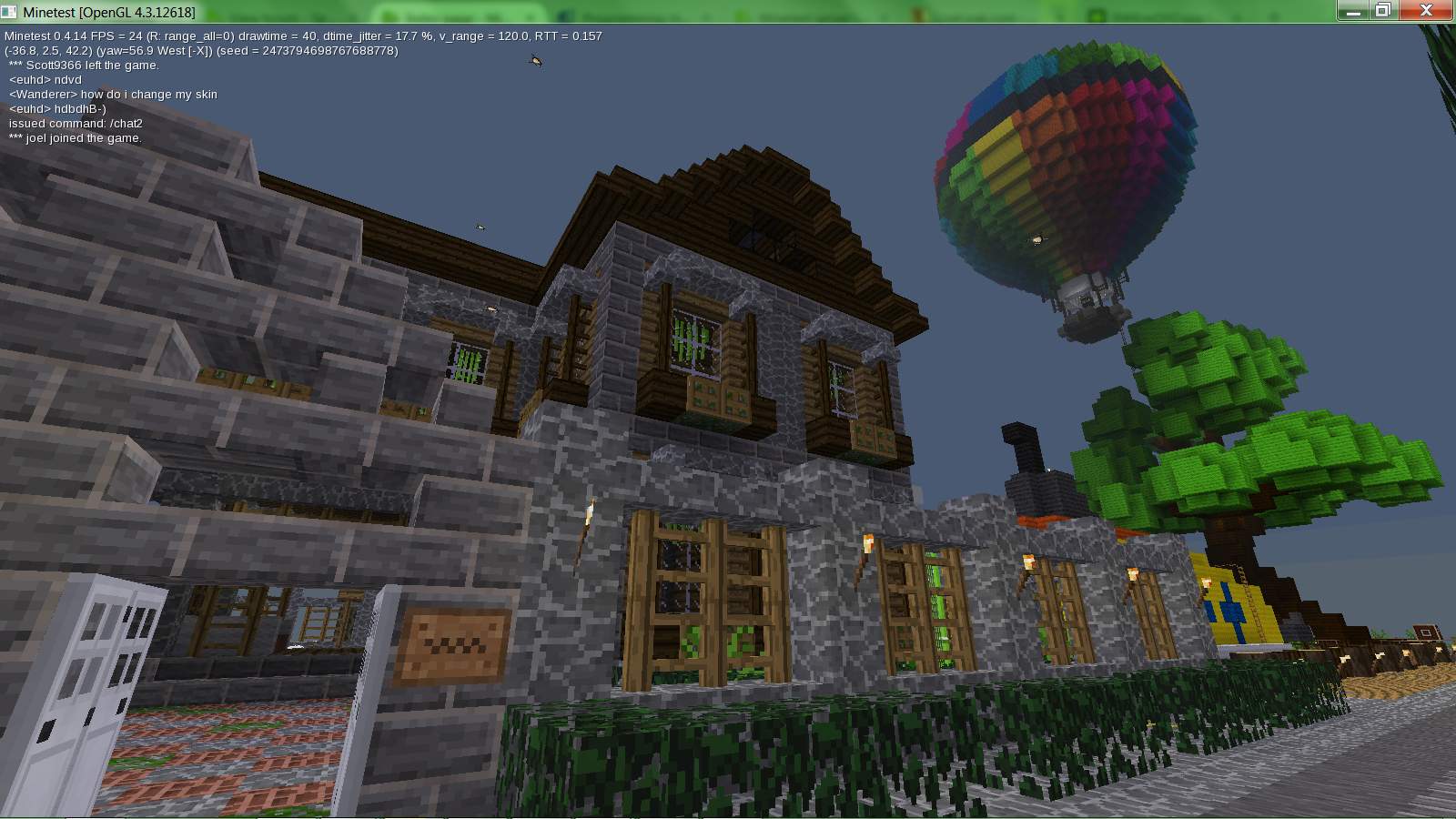 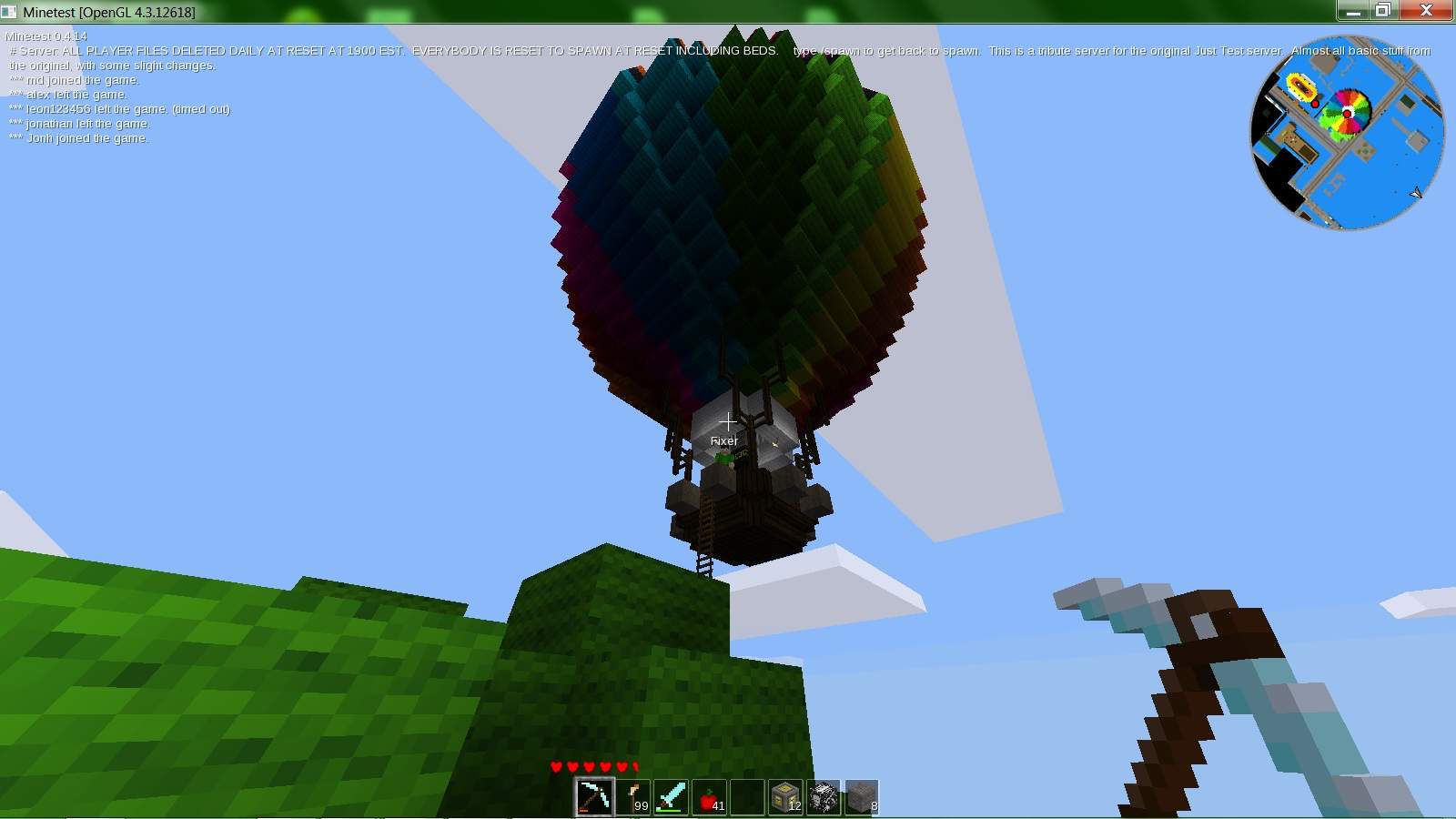 sightseeing3.jpg
(83.05 KiB) Not downloaded yet

While the bug is interesting that is allows for places like this, it makes it hard to operate your own private crushing furnaces unless you lock and hide them away deep in your private area.
Normal furnaces already recognize protection, so it is just consequential to force it for crushing furnaces as well.

But this also means the Cobble Crusher is now rather pointless. Does anyone have an idea on how to make it work again? I guess this would require a change in the protector mod or somehow, but I have no real good idea.
I fear I have to demolish, close or repurpose this building should no good solution come along.

And lastly, I have one question: Which version of the vendor mod is this server using? If you are using a customized version, can I have the source code, please?

Thanks for increasing the stack size of gold ingots.
My creations. I gladly accept bitcoins: 17fsUywHxeMHKG41UFfu34F1rAxZcrVoqH

Michael Lorenger,
Can I have my interact privs back?

Try to connect to this server, but got this error message

UPDATES:
@burli try it again, i believe it is fixed now.

@Wuzzy C-furnace is not fixed yet, players can still remove items it seems but not place them. The vendor mod is the same one in old just test and on esm: https://github.com/AndrejIT/vendor If this doesn't work I may repost it, I made a goldblock vendor also and it seems to have vanished from my github.
Desert-sand is craftable as requested too. :) 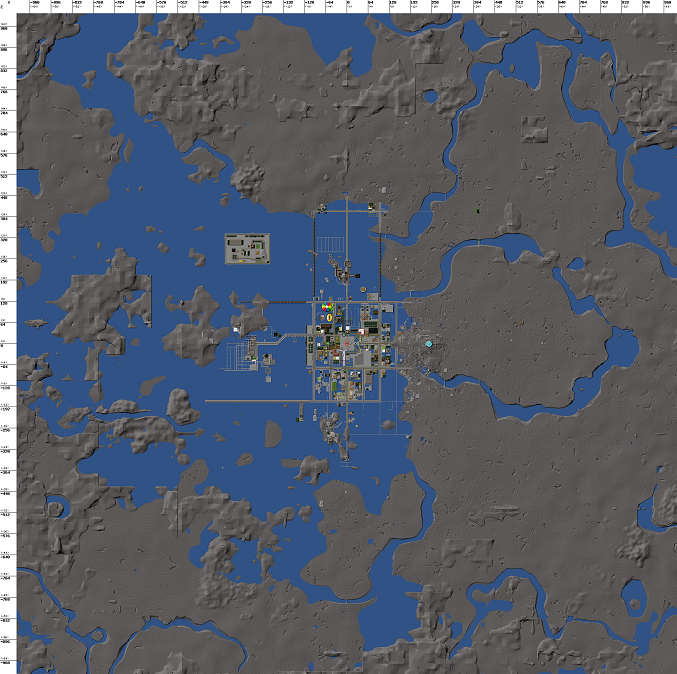 Geez people, you all did such a remarkable job building things, it is quite amasing to me how much you all made in such a short time.
:D
AND A BIG ONE:
https://www.dropbox.com/s/7mjoocazyxzr3 ... 1.png?dl=0

Exhibit a) A makeshift aqueduct was constructed by edub to channel lava directly over spawntown, to inflict maximum damage. Exhibit b) By nightfall, edub initiated his attack on the city, citing vengeance for having been previously "banned" by admin. I can see no redeeming qualities in any player that carries out wanton acts of destruction and violence on a server where such conduct directly contravenes the posted rules. In Minetest parlance, you are a griefer.

@ sorcerykid: Do you know what the difference is between a butt kisser & a brown noser? It's the depth that you are willing to go. You are digging pretty deep there missy. Hope you enjoy the taste of shit. Your comments on this server topic have been, for the most part, infantile, and that last one was disgusting. You are acting like a terrible person. Oh, and that video link you posted is an example of terrible music/lyrics (and that's just going by the title). I propose to you that you have learned to behave like what you listen to.

Don't. Feed the troll. The butthurt is strong with this one.


You are not wanted here. Please grow into a man.
Extreme Survival Minetest-->viewtopic.php?f=10&t=12959


Sry x3
TaylorR: "[a username] ARE YOU CHLOE_BURNS? DO YOU GO TO PIPER HILLS?"
fireboy:"no thay bully I gaurd them I dont bully I need to protend for I can be cool"
herobrine(2):"Obito friends yes o no?" ... "Obito contest?"
PROKILLER:"i will left this noob losserrrr noob afraid go figgh me noo a boy have a baby bra"

He switches. Thepaininthearse is his latest account. You all can vote too. ;;)