by Piezo_
Update
Until now, the server list has ignored my server's announcement.
Just recently, it finally started working!

I have no idea why this happened, but hooray!

by Piezo_
Update
Players who already had protected zones should join as soon as possible and re-place them.

The server is on partial lockdown due to a screw-up (my fault) in the wardzones protection mod.
This is why I haven't published wardzones on the forums, and I don't recommend any other admins try to do so until I've worked out most of the nastier bugs.
Until all protections critical to the server are restored, the IP address has been hidden.

The partial lockdown has ended, because I have replaced all of the security-critical wardzones, as well as all of the player-owned claims that i could remember.

Also, water is no longer renewable by the traditional method. Instead, it can be renewed using either a Well or a Rain Barrel.

It would seem, through some lapse of judgement on the part of both myself and the creator of mobs_redo, the chickens from the mobs_animal mod were able to get their feathery hands on noclip cheats.

I have remedied this situation, and rest assured that all chickens discovered using cheats have been duely punished, and the bug that allowed them to do this has been (for the most part) patched.

I am glad to announce that I have fixed the random crashes (50% of which were segmentation faults, of all things) caused by the meshnode mod's aircrafts (particularly larger ones).

This was not fun, but it's over. Now, I'm going to catch my breath, watch some anime, and probably go to bed.

Holy crap, this was a stressful day.

Moments from 'The Testing Grounds' 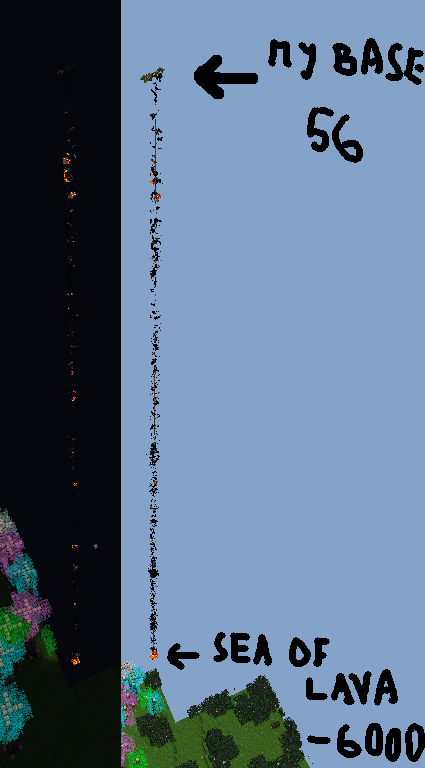 Falling through the first time takes a few minutes to load all the chunks, but if you imediatly go for a scond round it takes only about twenty seconds. Though beware! It takes several hundred nodes of ladder like nodes to slow down to non-lethal speeds.

by Piezo_
Update
A decent amount of media was added in this update, expect a slightly longer than usual login

by Piezo_
If anyone was curious about the distance between the spawn area and the four wilderness towers.
Yes, they're uneven.

No, I'm not going to fly out 1000 nodes and re-build the entire east tower just for OCD's sake. I'm not THAT crazy.

by Piezo_
Announcement
Over this weekend, I will be tweaking the server's mod folder in the process of updating to 5.0.0.
Most likely, no bugfixes will be made in this time, and no new mods will be added.

Actually, scratch that. This update looks a bit trashy, and it doesn't seem to be catching on with the playerbase, either.
I'll wait until I see a good amount of people actually playing on 5.0 servers before I actually step into this nightmare.

(WHY did they remove infinite render distance? WHY?! I would have been OK if they at least added set_player_velocity to make up for it, but NOOOOOOOOOOOOPE)

by Skamiz Kazzarch
Well, if there were more 5.0.0 servers, more players would be playing on them.
I have been using the 5.0.0 branch for a while actualy. Your server is literaly the only reason why I still have a 0.4.17.1 client on my machine.
All will mourn the loss of: 'infinite view range', but I realy like the new 'unlimited wieving range' feature.

Legend has it, that if you brave the cold on the night of a full moon, and look towards the talest structure around, you may spot the mysterious moon-deer. It is told that this elusive creature spends it's day in the deepest and darkest and oldest forests, never to be spoted by anyone. But once a month, when the moon is visible in it's whole glory, the moon-deer can not resist it's natural urges.
It quickly scales the tallest structure it sees and begins howling at the moon.
+ Spoiler 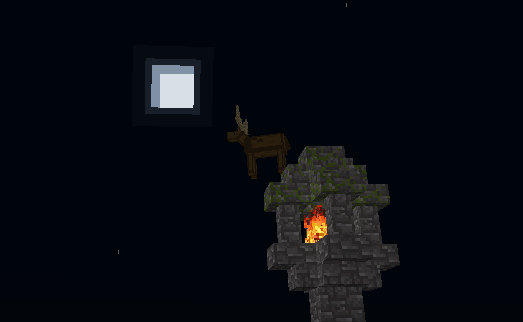 Skamiz Kazzarch wrote:Your server is literaly the only reason why I still have a 0.4.17.1 client on my machine.

Well, that significantly changed my attitude. I'll have to rebase my binary that I use for both client and server, though, which will be annoying.

by Piezo_
Announcement
Progress on updating the server's various mods has been slow, but I've reached 60% completion as of the time of this message.

I expect to have updates to minetest_systemd pushed to its repository today, followed by changes to the rest of the modpack within 2 days, or sooner, unless an unforeseen bug appears.

Wardzones and sectors will most likely be officially released as mods shortly afterward.

Prepare to update your client to 5.0.0.
If you know how to use cmake, I recommend compiling my own fork of 5.0.0, which fixes a visual bug with player attachments.

Re: [Server] The Testing Grounds (no longer active)

by FreeGamers
Piezo, on your madman repo you had a module called "leaves_in_the_wind" which was a very cool and serene mod. Do you still have a copy of the code somewhere? Can you share it? I'd like to add it back to my game but cannot find it now.
All times are UTC
Page 2 of 2