Btw, I got stuck the other day in spawn - every time I respawned my hunger was immediately knocked down to zero and my health followed shortly after. I'm not sure what's wrong there. I tried a second player and got the same results. I was finally able to get out of spawn before the injury happened and stayed out. It really is a nice little shop.


skiphoppy wrote:...every time I respawned my hunger was immediately knocked down to zero...

This is one bug I have encountered before. I ultimately disconnected and relogged to fix it. Something going amiss during the die/respawn cycle.

It reminds me of another hunger bug, where the bar would suddenly disappear and you'd take a point or two of damage, and then it would reappear. I'd hoped that bug had been fixed since I rearranged the stats code. Please do let me know of any and all bugs you find, I'm very appreciative! Thank you, skiphoppy!

Originally the server had static_spawnpoint set. At some point there was a bug with moving the new player, causing the server to hang. I have been meaning to check if it's fixed now, or what it even was, because at the time I simply removed the static_spawnpoint setting. I was content with this, because, I sort of like it when new players spawn in different places! Of course, they sadly sometimes end up in a dark hole. There are torches, however, and /spawn and [Spawn] button. Still, I'll end up needing static_spawnpoint anyway in the future for a new spawn location on the map, if it is to be made. The plan was a giant grassy area, nice and pretty, and make a warp back to the original spawn location.

I've been meaning to get back into the server, I have a lot of work to do! Maybe today's the day. :) Thanks.

+ Spoiler
It's been a while since I made a video, since my old laptop died. This video is lower resolution, maybe I'll try to increase it. 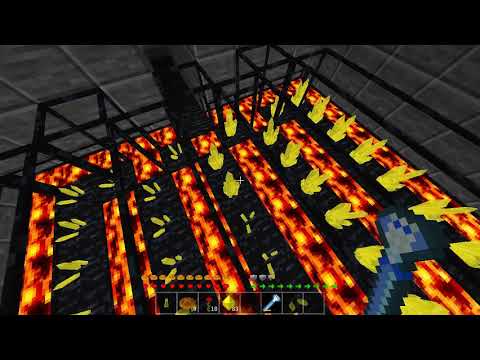 Sneakjump course #1, and some shops. No sounds though, I don't think. Still setting up OBS ;D I was pleasantly surprised to find it in the Debian repository.

Update: Here's a higher output resolution video, but with a lower bitrate. This video is shorter by a few minutes, but has some nice sneakjumping around! 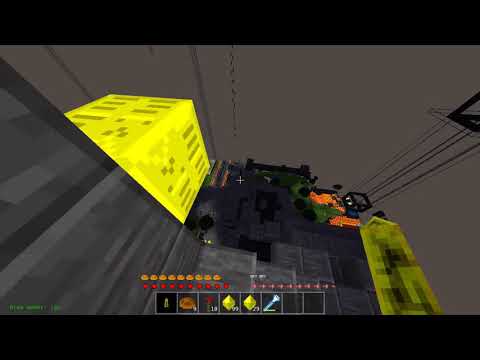 A rare shot of the elusive Jas, checking out mikuden's shop, while other shops spring up nearby: View from the great glass city at dusk. I made some modifications.
https://youtu.be/BlXk48hZbc0 You can not share all your areas with everybody.

New players get an info screen. The starting items were adjusted, including the addition of a walkie talkie. If you die with a walkie in your inventory, you will keep it on respawn. Walkies - when held - display a waypoint to your last place of death.

Added emerald, and added a chance value to the various minerals. Added an emerald warpstone, and though it's rudimentary, you can use it to toggle PvP for an area. (Spawn has PvP disabled.)
https://youtu.be/BlXk48hZbc0

Added bases. They were already there, but built places for them. There's a warp at spawn. You can blow them up, and build inside the base, and when you're done hit the lever and it clears the area and inserts a new base node. 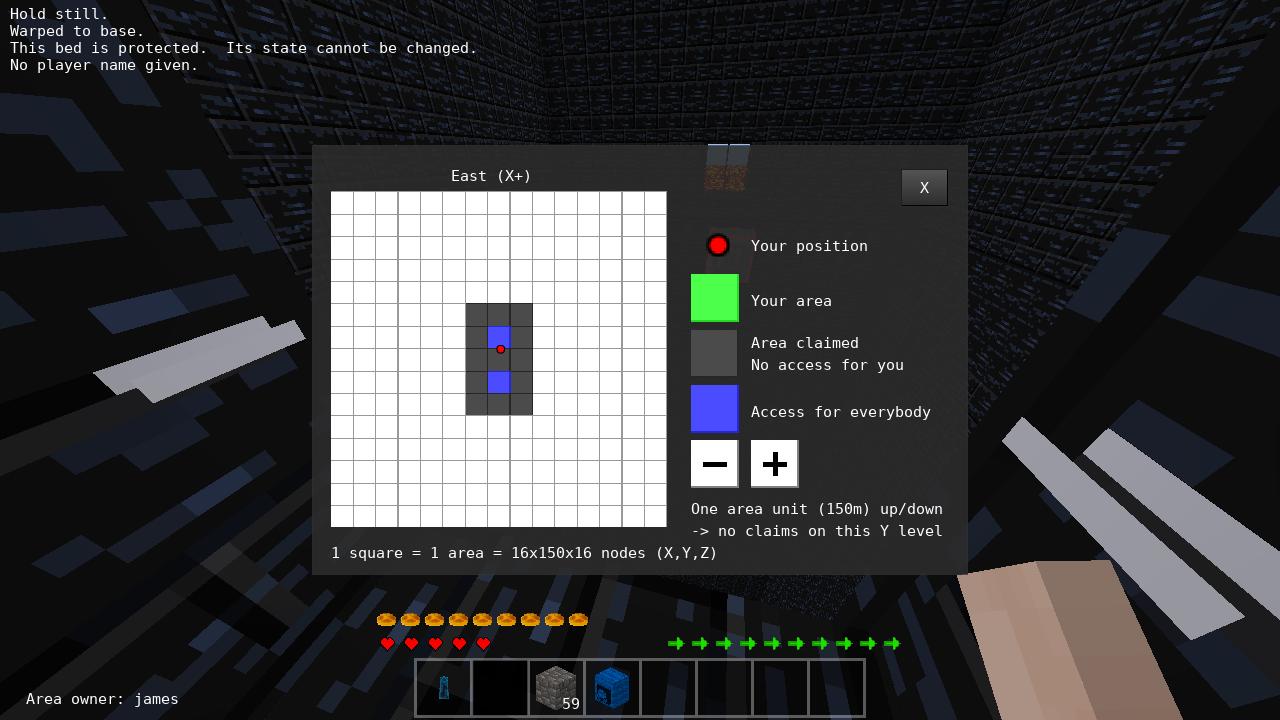 Added new steel bar door and trapdoor from MTG by tumeninodes. Added/fixed some other stuff I forgot about. Itemframe from X-Decor, diamond/emerald shapes; convert stone near water to cobble and convert obsidian near water into stone. Thanks for the suggestion to do so, itiefyn! itiefyn also made a lot of lakes and stuff, they're really great! Thanks!! Placing nodes onto a node that is placeable_to - think rails atop grass and flowers - adds replaced node's drops to the world. Thus you don't have to dig the grass first to get the seeds, you can simply build onto them. There's a standalone mod for this here: ll_items

I updated today and was very surprised to see the obsidian converting to stone, then stone to cobblestone, when near water. Took me awhile to figure out what I was seeing. Good change!

By the way, how about making it possible to craft nine coins back into a gold ingot? Otherwise useless coins tend to pile up in commerce. :)

Heh, thanks. I thought I fixed that. It broke when I moved shop:coin to gold:coin. I'll fix it now, thanks again :)

CAn you make it Open-Source? MAybe also release some mods on their own some mods sounds very cool
My mods: https://content.minetest.net/users/niwla23

Thank you for the kind words. You may find the source at https://GitHub.com/jastevenson303/Lavaland.

I have published already one mod as an extraction from Lavaland: ll_items

I have published, under this name and previously as everamzah, a number of mods originating from sub-games.

Anything in particular? ll_items was made per suggestion from another user.
https://youtu.be/BlXk48hZbc0

I posted supersprint mod, for movement like in this game, though it does only sprinting and not stamina. In the game, I have added rudimentary /mail command, maybe it works. There's a semi-useful - to me - /motd chat command. And I'm posting to inform I turned on/enabled CSM. I didn't before because I hadn't a use personally, and I'm sorry for that! Locally I have a mod that enables a jump sound! Sweet!
https://youtu.be/BlXk48hZbc0

The server, yes. Thank you for your interest :)
https://youtu.be/BlXk48hZbc0

I've made a lot of tweaks and added several other modules. Tonight I added VanessaE's signs_lib, basic_signs, and street_signs! We also have autocrafters, fancy vending machines, compressed cobblestone, quartz, lots of gemstones (birthstones mod), several different kinds of coins to exchange besides gold coins, and aspen trees! Aspen trees were some of the most fun and complex to add - there's no way to generate them in the game, so I just gave a sapling to one player and slowly they were replicated and distributed (the first commercially available aspen sapling sold for 100 diamonds).

Welcome to Thrive lavaland, and have fun!

= better
Human has no future (climate change)
If urgend, you find me in Roblox (as CNXThomas)

I'm incorporating Lavaland game into jastest game and started a new server and called it Lavaland. It's at lavaland.duckdns.org:30001.
https://youtu.be/BlXk48hZbc0
Post Reply
47 posts