For some reason i cannot join Xanadu anymore. It keeps telling "Connection Timed Out." while the server actually is on and players are online as well. Any ideas how to solve that?

Bonny wrote:This is what i see when i look at new snow texture :P I agree, i miss old snow too.

old snow misses you too :P

TM
When life gives you lemons, just bake some lemon cupcakes
Dream as if you"ll live forever, eat cupcakes as if you would die today

Phiwari123 wrote:For some reason i cannot join Xanadu anymore. It keeps telling "Connection Timed Out." while the server actually is on and players are online as well. Any ideas how to solve that?

Can you ping the server? Since it opened up, there's been a lot more random crashes. Too many people using unofficial clients, I suppose :(

Server is unpingable even when up and running. It is configured this way to prevent all DDO's.
In the name of Justice! -- Mr. mystery :)

I know that screenlets app is real but does it really have something to show info for minetest servers?

Joining server works for me again - and here are some latest snapshots provided by the "Gossip and Tittle-Tattle Xanadu Incorporated". 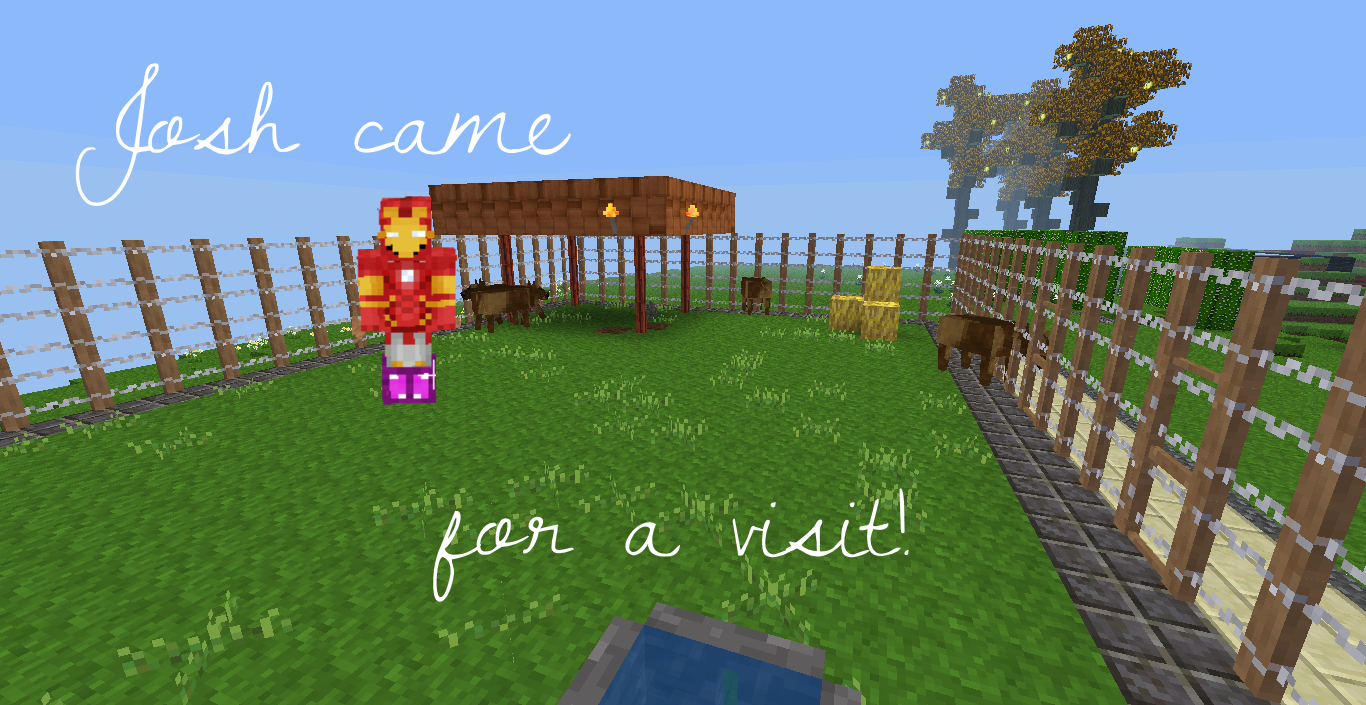 "In this picture you can see the two cows IceAgeCowing and Bonny, together with their children Richmond and Daisy."

Just after noob101 and bonny left...I found a Nyan Cat in it's native environment. botch wrote:Just after noob101 and bonny left...I found a Nyan Cat in it's native environment.

i guess it was lured there by the trail of cupcake crumbs than bonny always leaves behind :P
✨🏳️‍🌈♣️✨

Hello everybody-!
So, In case you didn't already know, I'm building an empire (see: kingdom) at the northwestern corner of the world.
This Empire is to be known as the Salt Empire once it is completed, but for now it is merely known as a small tower filled with bunnies and cats.
I am doing my best to collect as many materials as possible, but donations of dirt, cobblestone, stone, and coal are MUCH appreciated, as well as I am always happy to trade (due to my rather hearty mese and diamond supply)
Anyway, Here are some pictures in case you have not seen it:

The Northwestern Tower, Also known as 'The Rabbit tower'

Land I have completed so far + Beautiful Sunset

View of Mount Imsodone from the Northwestern Tower

Donaters so far: (Big thanks!! You've all earned an office and/or cult in my wonderful empire)
-Kelena
-jjb
-mystik
-myster
-noob101
-Butter_Cup
Bring me Stone + Dirt my dudes

Denis2 invited me today to see his progress. He builds a labyrinth in caves, made out of ice and with nice lights added. See a noclip shot attached:

There is still more that did not fit in the picture, but this is the main part.

That moment when you're having fun clearing dirt for orange path then realize that you got a whole ton of mud on your Jordans. XP 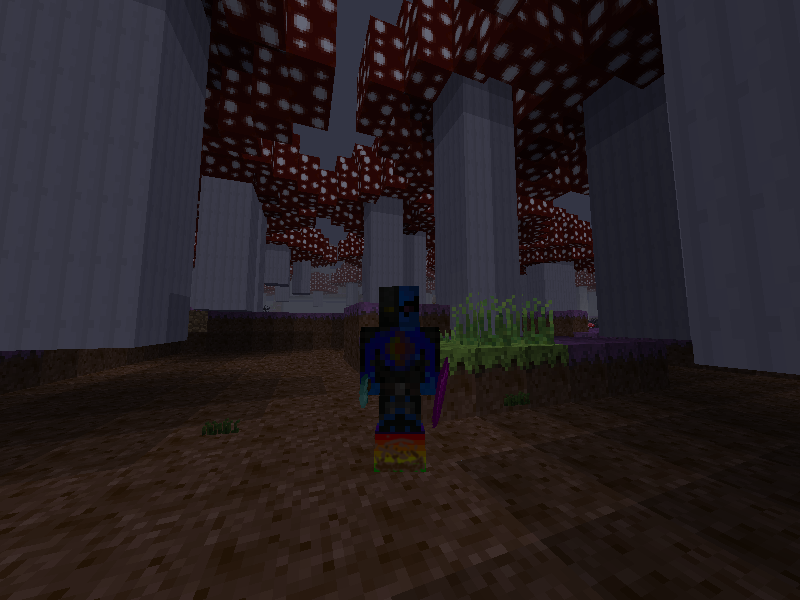 myster wrote:That moment when you're having fun clearing dirt for orange path then realize that you got a whole ton of mud on your Jordans. XP

Selfie time with Her Highness The Queen of CupcakeLand! XD 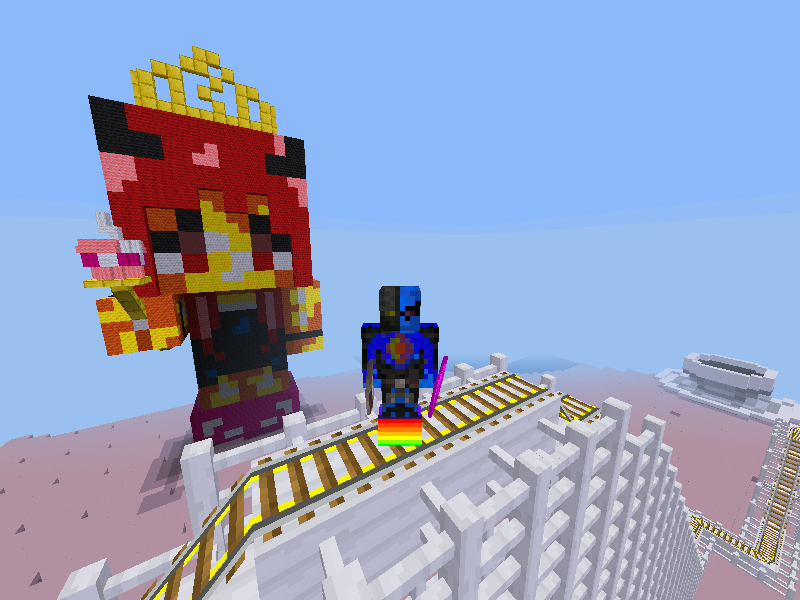 To celebrate bonnys birthday this year, me and group of amazing friends came together and built this Candy Land for her. And ofcourse we needed to have a party. And party is no party without many group photos: Here's my favorite screenshot of the night. It was quite tricky and funny to get us all in carts for the picture, but it was so worth it. And it seems to have become tradition to have lava orb contests at birthdays, which for a moment turned into pvp craziness:P. Overall big thanks to everyone who helped to make Candy Land happen and thanks all who joined the party. :D This is an amazing server with amazing people.

A wild lucky block in its natural habitat

the unknown item is a problem with the dye mod itself.

One of Xanadu's interesting shaped places i recently found.. you have to build your house there :3
make it a mage tower, turn the rock into a sculpture, build a window where the rising sun shines through =(^.^)= I have noticed that the west is still wild, so I took the liberty to make a way. The idea is to place some iceboxes with food for the walking travelers, thus promote the conquest of the west.

That is simply AWESOME! I love Minetest Geography.

Someone said that Dragons were spotted around Xanadu and I didn't believe it, so I explored and I think I've made a new friend, I call him "Cookie" :)
+ Spoiler