by Kilarin
Yikes, just caught up on the incident.

at first i actually believed that, but your later post with the complaints about the mix-up of survival and building somehow breaks your previous statements. it reminds me on the discussions about the free building rules and all the other dramas we had before. for making me drool and want cupcakes so bad right now >:(

by firefox
noobert-kun: you can borrow my Slapping Willow Tree from the Hidden Ninja Village to settle this.
it is just a s good with slapping as bonny-chan is.
but it has more than just 2 arms, so it slaps much faster ;)

(sorry bon-chan, this one time i am not on your side :P )

by IceAgeComing
I guess duplicating items is the new trend now.
Admin found 2 stacks of nyan cat heads from theFishy chests, also much more other stuff.

by ABJ
Long explanation:
A lot. It's a variation of the human curiosity instinct actually. The need to get the feel of every single thing in the universe. The same thing that drives people to drugs and tobacco. Though cheating in a VIDEO GAME ought not be as serious as the former.

Short explanation:
Deal with it.


there is another thread about hacked clients.
it doesn't have any solutions, but apparently some people know how use hacked clients ...
maybe they also know how to deal with them?
viewtopic.php?f=3&t=9266

by IceAgeComing
Duplicators weren't using crash to double their items.
I really dont wanna say outloud in chat how the duplicating was possible,
incase the glitch will be back again.
But at this moment, the duplication glitch has been fixed, and it shouldnt be possible anymore.

by Phiwari123
First Ice and her marriage with Igor... and now bonny :D

by Bonny
first it was ice, then me and now finally phi
id like to introduce you phi and her three husbands jack, david and andrew
enjoy :D by Dragonop
What happened to the "no dating" rule? Haha

by ABJ
This wasn't a surprise to me. Hell, I expect more than this!

by myster
Wait, everyone else has a mustache and I have a beard?? *trims beard into mustache* 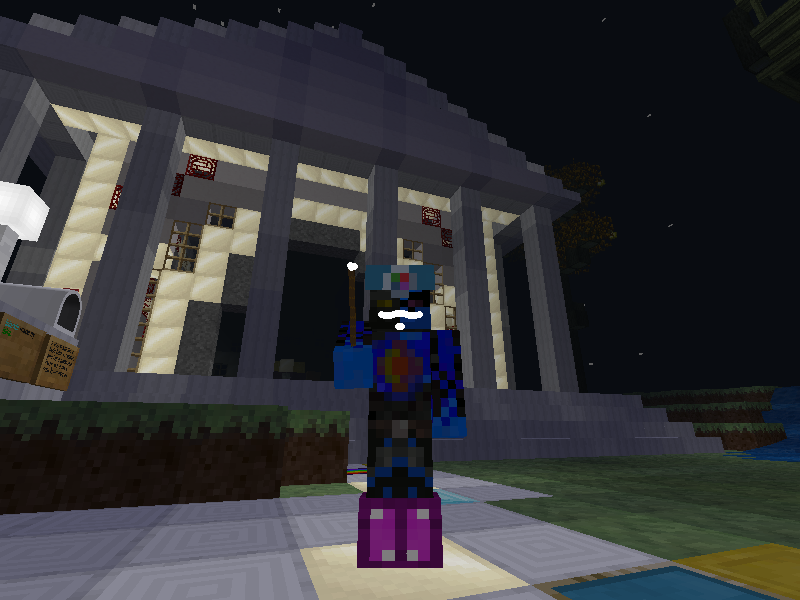 i thought you would look nicer with a santa beard =(^.^)=

by theFishy
Hello all,
I just now read the recent posts, I also haven’t been on Minetest in a while. You all are probably disgusted with me, and I understand. Because I haven’t played in a while I’m not sure what action was taken. Have I been limited, banned? Whatever it was, I understand that that you guys were just doing your job.
Now, I have a good explanation for some things, yet, for others, I must admit I was in the wrong. the nyan heads, along with rainbows that were found in my chest were pretty much not honestly harvested. That’s very easy to guess, considering how rare those items are. :) The glitch, which I’m not sure is the one Einszone used, I discovered right before Einz was caught. Due to the fact that this glitch may become a problem again in the future, I won't explain the exact details :) I discovered it after falling into a deep pit protected by a random player. I had no winged boots on me, so I tried pillering out with sand. Later, after having realized the sand had duplicated, I went back with, you guessed it, nyans.
The moment I discovered the glitch I should have reported it and turned in the counterfeit nyans, but failed to do so (which I now realize, was a huge mistake). The fact that I took advantage of a glitch and reproduced items to my benefit is definitely enough to get me banned.
As for the other items, like the diamonds, mese, and such, those were gathered honestly. But because of the fact that I have been suspected of hacking in the past (which, I must add, was all a big misunderstanding, and was completely resolved) anything I say in my defense you guys will have a hard time believing. Of course, that’s my fault. :) So, with everything said concerning the nyans, I am 100% guilty. Also, other items such as NPCs which were no doubt found, were also duplicated, though by complete ACCIDENT. The issue with items duplicating due to crashes was the cause. Many times I’ve moved items from inventory to chest, and vice versa, and the items duplicated from a crash moments after (I can recall many times; a diamond axe, a mese wing, a couple tomatoes, etc.) I had already about 40 some NPCs in my possession, (gathered by means 100% honest, including legal sales) and those cloned due to a crash. Perhaps I should have turned them over to a admin, I dunno.