This MOD for Minetest adds multiple spawner blocks. There ara no ABM's used and this modpack is developed with focus on the best multiplayer online server performace.

Currently it works with Mobs Redo and Creatures. (Easy to add more mobs mods, just look in to config.lua)

This MOD for Minetest let the player craft ore Spawners. Ores are spawning randomly in a short intervals and you get 10% more ores from inputed ingots. Ores are spawning only in default:stone so make sure there is one around. This MOD is giving the option of creating lumps back from ingots. 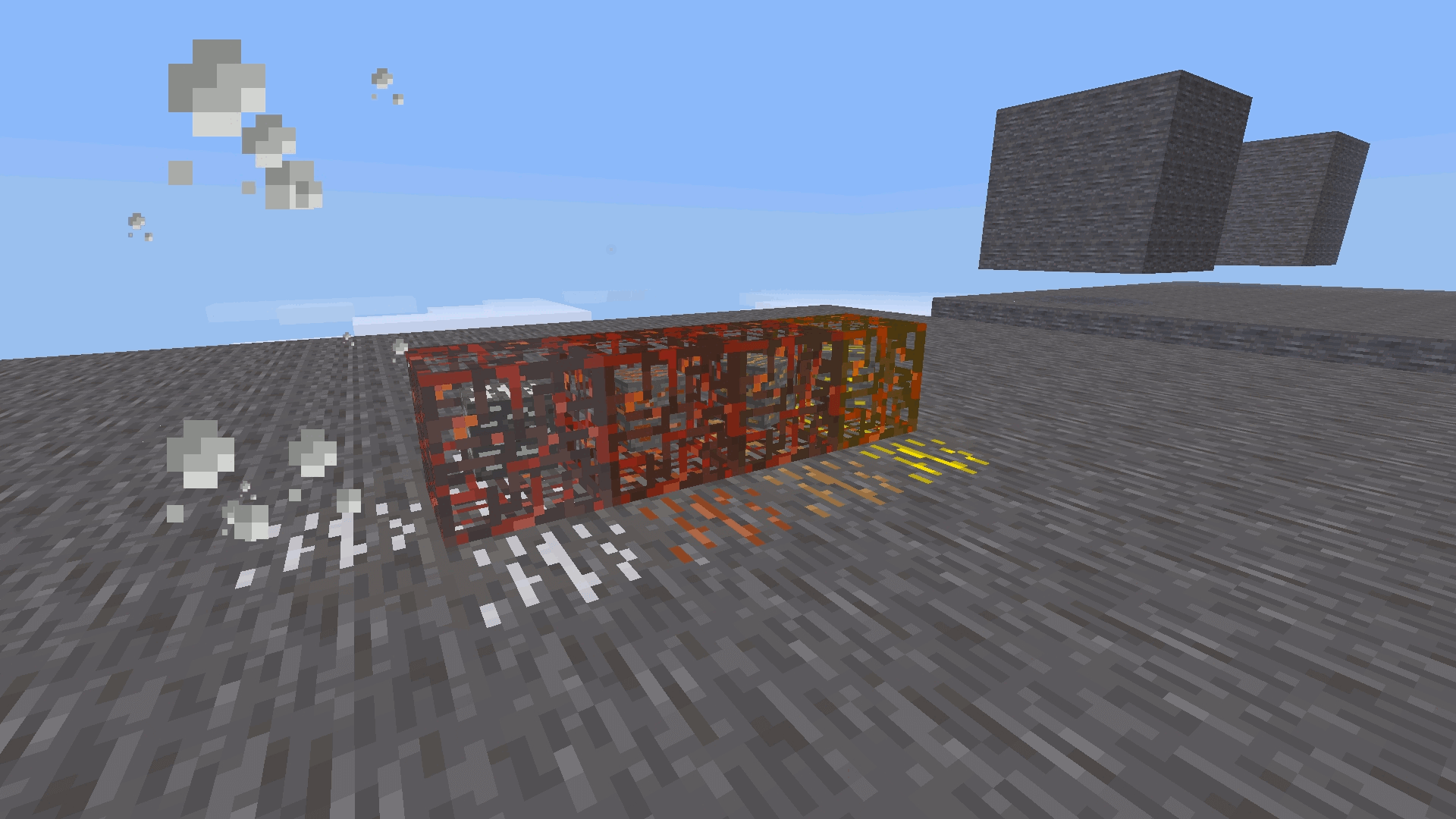 This MOD for Minetest let the player craft Mob Spawners. Mobs are spawning randomly in a short intervals. This MOD is giving the option of creating mob farms and mob grinders. 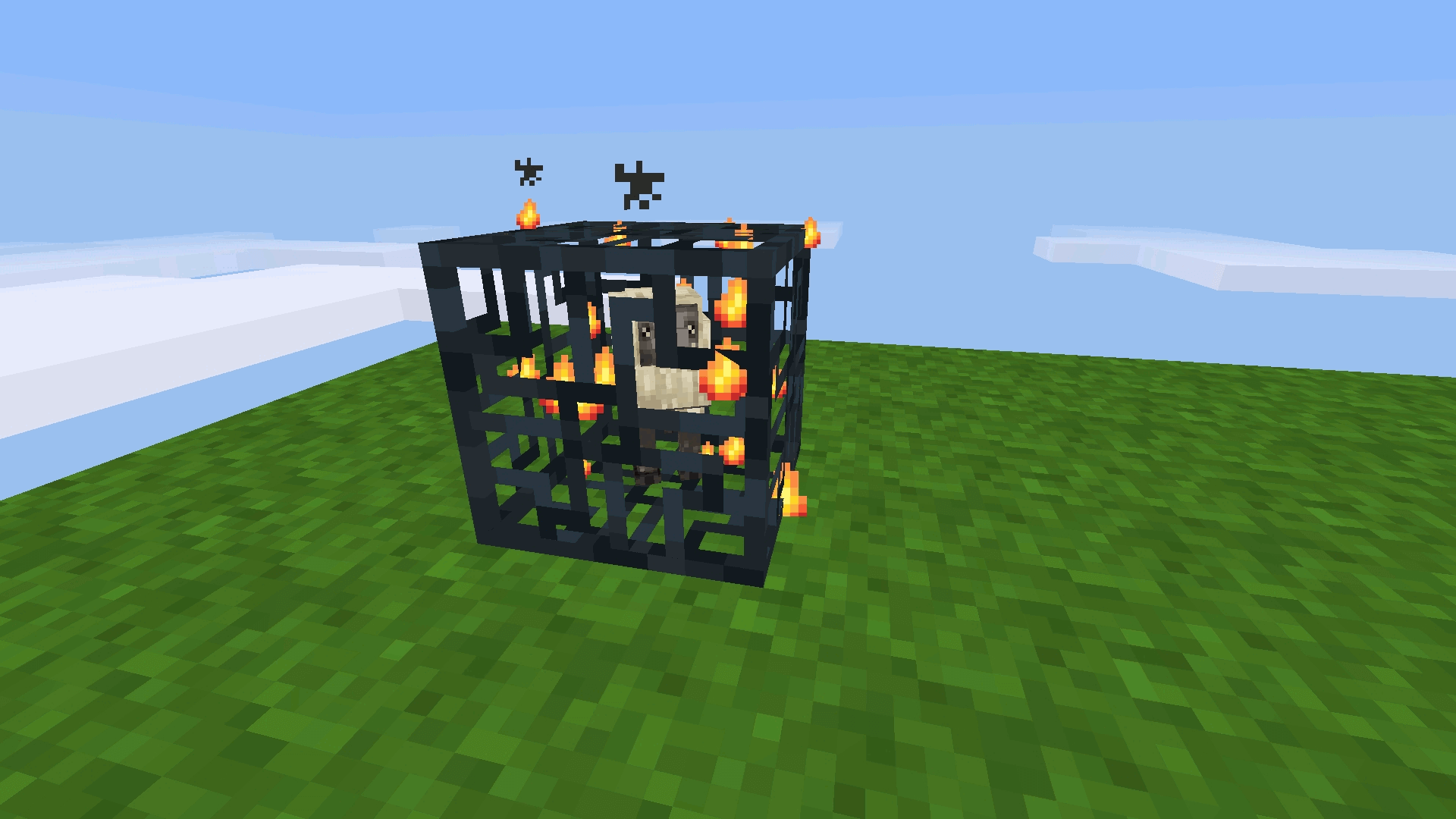 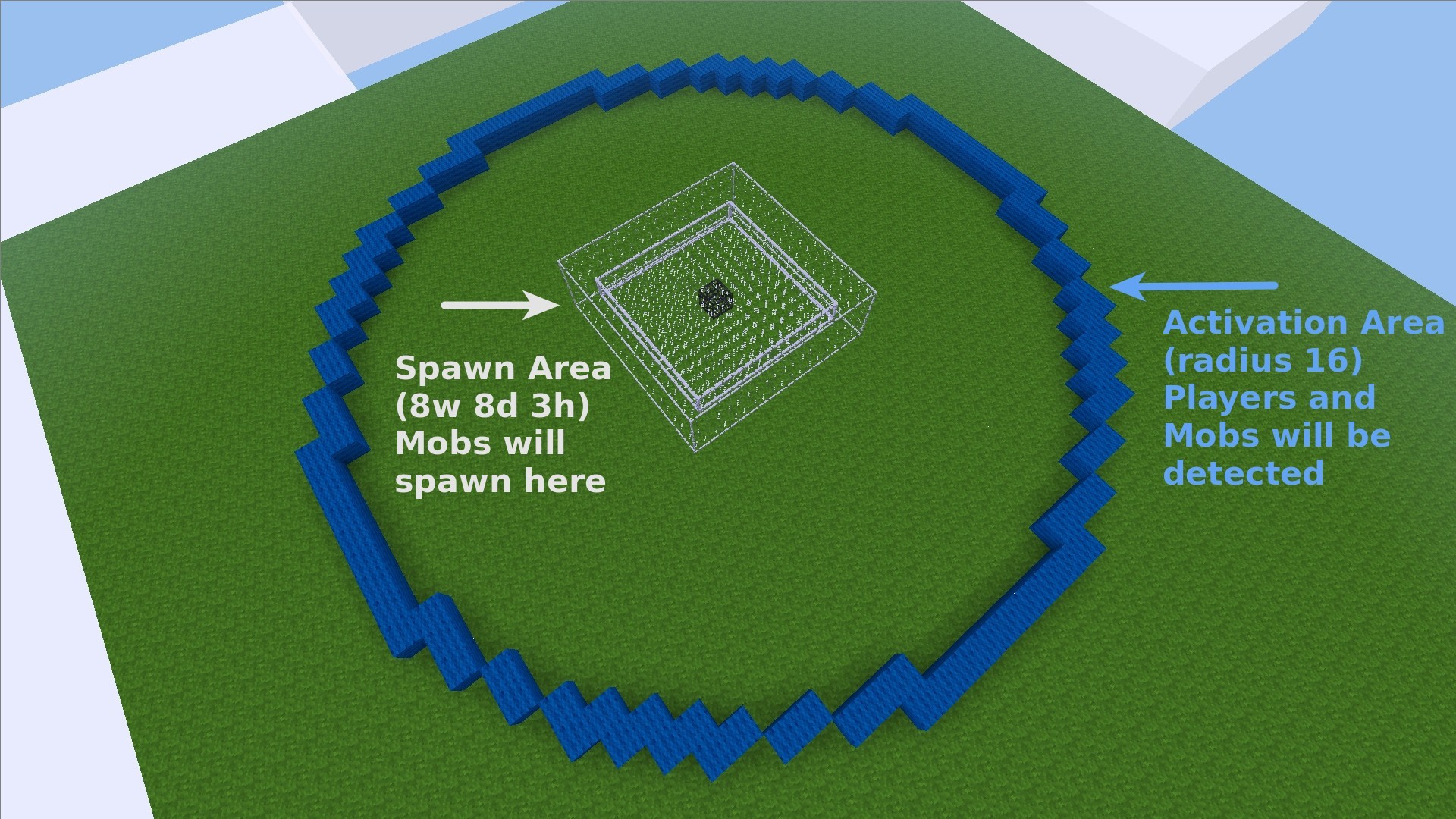 bones are for mob drops only

This MOD for Minetest adds environmental spawners to the map. When enabled, the spawners will be added to newly generated Dungeons (Uruk Hai) and Temples (Spider). They are dropping a real mob spawner by chance (very small chance). 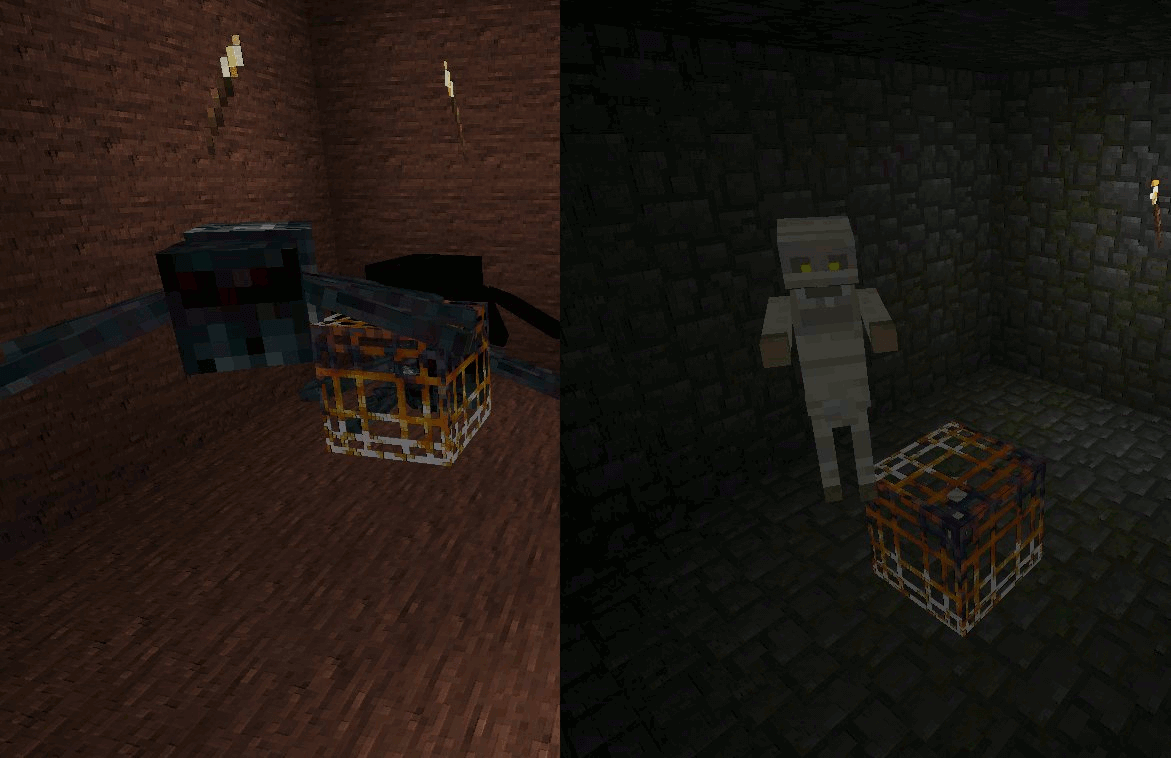 by SaKeL
Updated to v0.2 - see the changelog

by Krock
Not an original idea but how you realized it as a mod - wow, well done!
It's great to see that you took the time to create those animations and a youtube video too :)

by SaKeL
Thanks Krock, this is my firs MOD and first time in LUA programming so i wanted to make it nice ...lol
Always missed some solid MOD for spawners and i was waiting long enough for it... so here it is ;)

by SaKeL
Updated to v0.3 - see the changelog

by SaKeL
NEW version 0.4 is out
If you know that feeling when you end up with full stacks of ingots and then you need a lump for recipe (or whatever else) and you don't have any this will be your solution! NEW ore spawners (gold, iron and copper) will spawn stone with ore if there is an default stone around. Just put the right ingot in the right spawner and wait for spawner to do its work. There is something extra, you have a chance that 2 ores get spawned from 1 ingot. See the changelog for more info. Enjoy. 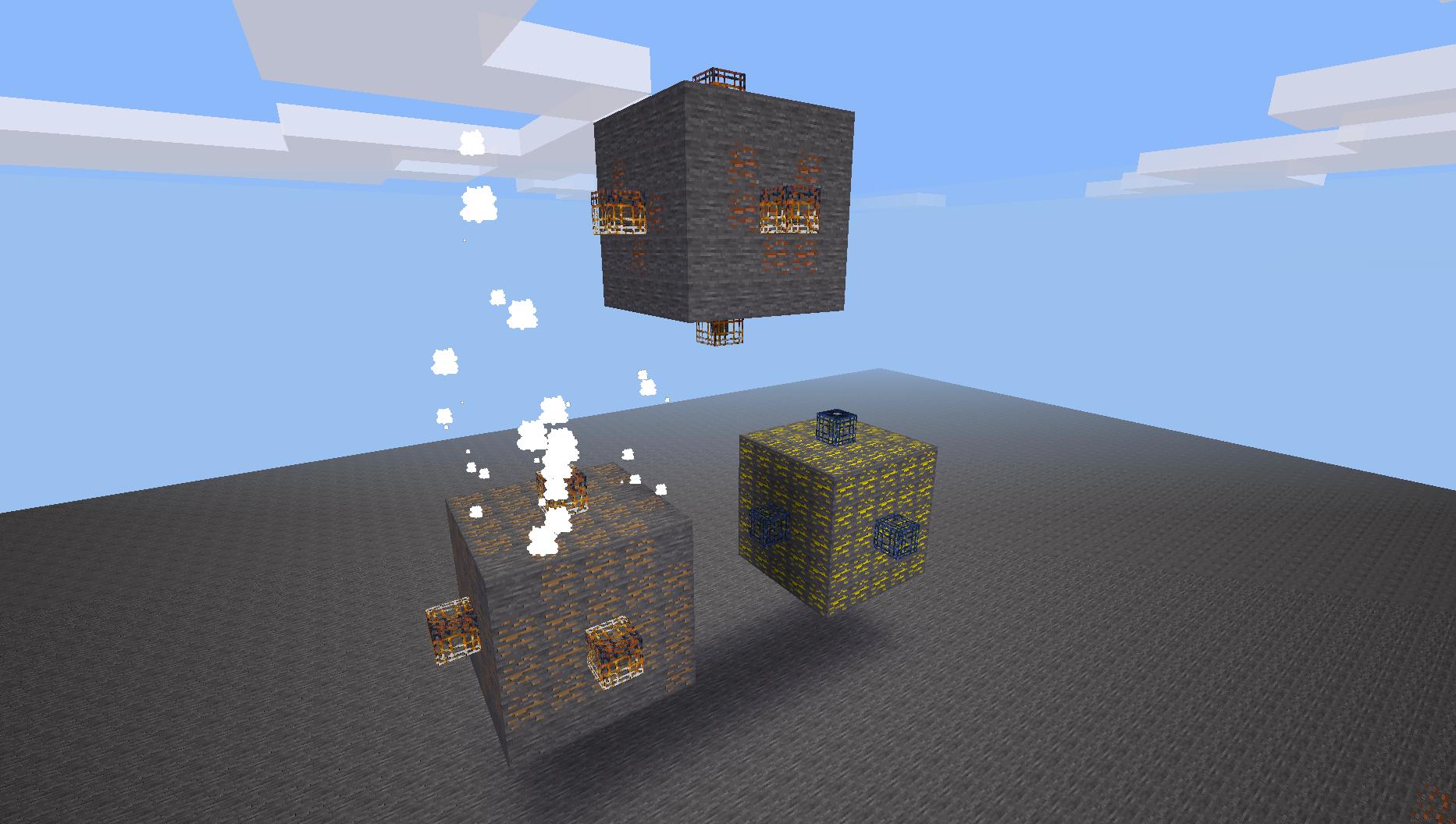 by SaKeL
If someone know about a way how to set max stack for node i would really appreciate it ! (so not 99 stacks together but only 1 at all times)

by Nathan.S
I believe you need to add stack_max to the node definition.

by SaKeL
That works on the nodes also? Though that is only for items/tools. I will double check, thanks.

by SaKeL
Thanks Nathan it worked, i have never tried it because it was mentioned only for items on the wiki page and note for nodes. Added it to this release.

by Nathan.S
Glad to help, actually kinda surprised I was right, as I didn't check any references and left that comment while at work and far away from my computer.

by SaKeL
Well then you just nailed it ;)

by SaKeL
UPDATE v0.5 If you are using older version of mobs redo then the new sheep texture will not show correctly!

by xeranas
From youtube video you mentioned that some light needed for spawner to be active. Is this requirement is for all kinds of spawners or just for pasive mobs? Btw, nice work!

by SaKeL
Indeed, only for mobs spawners what have set

in the config.lua file, thus the mobs will spawn only during the day...or you can 'fake' a day by putting some light source close to the spawner ;)

On other hand if you set

in config file, then you need 'dark' for the spawner to work, thus mobs will spawn in the night only, unless you put them in the dark room somewhere.

Both of the mentioned above works only for mob spawners. Ore spawners spawning anytime, anywhere until they have enough Ingots in them and of course stone around where they can spawn the ore in to.

by SaKeL
Thanks, have fun with it !

by SaKeL
UPDATE v0.5.1 Spawners and some other Mods for Minetest became a separate project therefore all previous releases were removed :/ Starting from Spawners v0.5.1 as an initial version. If you are a developer what likes to actively contribute to one of the Mods in the project, perhaps add some more, don't hesitate to contact me.

by Minetest Sam
Can you make this guy?
He will be like a black golem and will be called obsidian guard ( I have not thought of his name yet )
After he dies he will drop 3 diamonds and 5 obsidian
You can make his spawner too that will come handy in some Factions ( If possible )
And when you will right-click with an obsidian shard on the diamond it will spawn

Here is the link for how he will look when building it in MT : https://www.dropbox.com/s/fepajoqpbbjie ... 5.png?dl=0

And about MT textures I am not sure but I think this image looks nice:
https://www.dropbox.com/s/0dwqtiepw2noa ... m.jpg?dl=0

I hope you can make its MT textures

If you are thinking to make it then thanks and Good Luck :)

by SaKeL
nice idea, i could use my spawners for it instead since the MC spawning is not implemented in the ones im making right now. i will also need a 3d model and textures + animations for it. Now im a bit in the middle of new spawners release - added mummy mob (depends on mobs redo api) from pyramids and merging pyramids mod to spawners and creating a new type of spawners, after that when i have time i would like to focus more on the modeling part so maybe then ill have opportunity to think of a new golem model. ;)

by SaKeL
NEW version 0.6
Inherited BlockMen Pyramids. Pyramids can be spawned in desert and environmental spwaners are added. Environmental spawners are used for spawning inside of temples and dungeons (mapgen v6 default minetest game). - Thanks to BlockMen. These kind of spawners are very rarely dropping real mob spawners, in any other case they don't drop anything. Mummy mob was redone with mobs redo API and drops more interesting items.

Will be added today to SaKeL World Server. 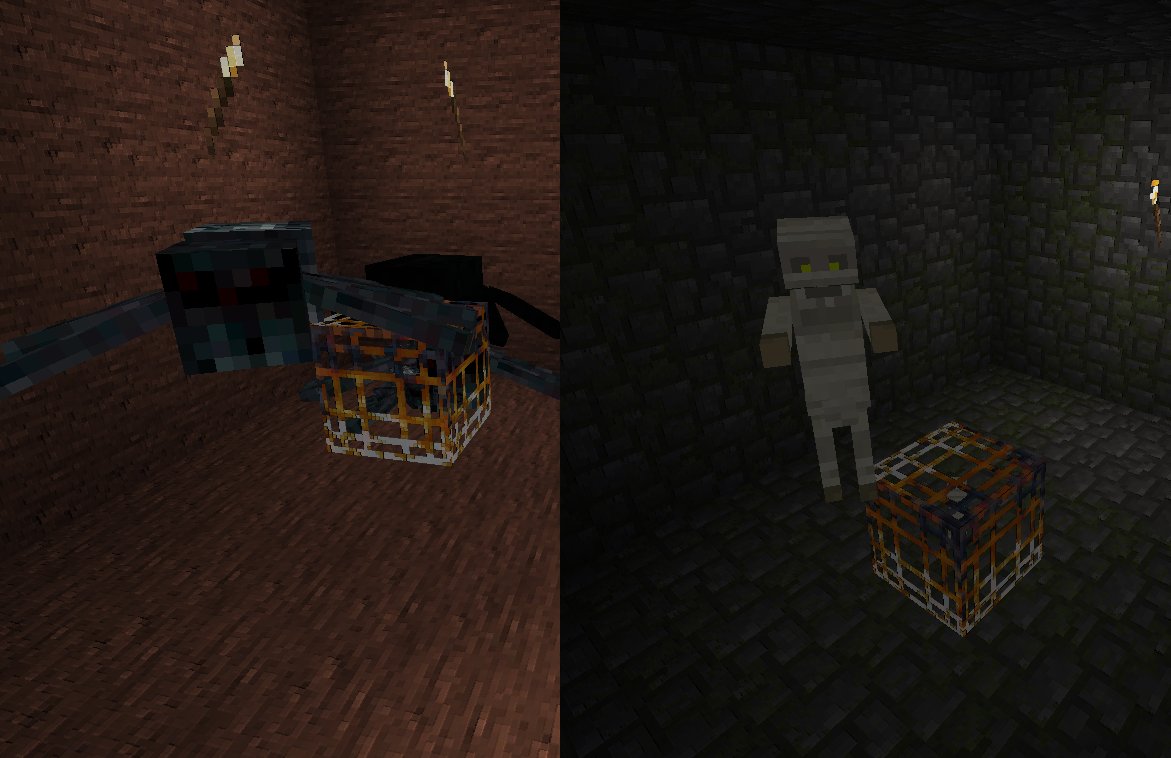 by xeranas
Strange, if I set both SPAWNERS_GENERATE and CHESTS_GENERATE to true it only generates spawners (but no chest).

If I disable SPAWNERS_GENERATE (by setting it to false) chest generation then works. Tried on 0.4.14 MT.
All times are UTC
Page 1 of 2