Almost all the sounds in this mod are very loud. i.e. the stun gun zap.

Changing the subject, I found a bug in the aliveai mod where a builder bot would move half of the construction location to another place.

Sand flies in modern art because physics make no sense when in this side of the spectrum of art. :)

Nice mod, but could I order them to do various task for me via right click menu? (inspired by this http://www.minecraftforum.net/forums/ma ... rty-series)?

You need to provide a chest(s) with/for materials for them, or drop stuff to them (to replenish resources).

NEVER EVER USE THIS MOD UNLESS YOU WANT TO SUFFER HEARING LOSS!!!!!

Thank you for your warning, maybe sounds need some normalisation?

Fixerol wrote: Nice mod, but could I order them to do various task for me via right click menu? (inspired by this http://www.minecraftforum.net/forums/ma ... rty-series)?

Probably. I've observed them some time in the game and I doubt they'd follow any orders for a long time. As their creator already stated: They're lazy :-) Expect some poor attempts at work and then them going on strike, complaining in chat and asking you to do the work for them :-)
A list of my mods can be found here.

Unless some non-lazy person forks this mod. :-)

NEVER EVER USE THIS MOD UNLESS YOU WANT TO SUFFER HEARING LOSS!!!!!

Thank you for your warning, maybe sounds need some normalisation?

roboto wrote: Unless some non-lazy person forks this mod. :-)

That might require some heavy mutation :-) It's in their genes to behave the way they do.
A list of my mods can be found here.

note that aliveai is made to be survivors with their own will.


NEVER EVER USE THIS MOD UNLESS YOU WANT TO SUFFER HEARING LOSS!!!!!

i don't believe the sounds was so unhealthy, but it sounds like someone is playing with 100% volume which is not healthy at all. but i turned down the lightning sound and reduced the nuke.


The ai model when lying down should also have collisionbox/selectionbox rotate to lying down instead of stayupright when ai is dead.


This could be possable if we could rotate the colisionbox, but its not... thanks to lua

a builder bot would move half of the construction location to another place.

is a known bug, for some reason they are continuing to build on another possition else then the stored


but could I order them to do various task for me via right click menu?

i have been thinking to add a gui to force them to do some things, but im tierd of coding right now

they wont work for you,as long you dont program them to do it

its easy to program with the aliveai api, all kinds of functions and code examples is everywhere in the files, you just need to do the main

use return self to abort the other activities, so it becomses hard controled by the code


looks like some androids have their own will too :)

the bots will build a lot bigger buildings, in different sizes and numbers of floors
they will also build the old / small ones too

now i will not add more stuff to the alive mod, only fix errors 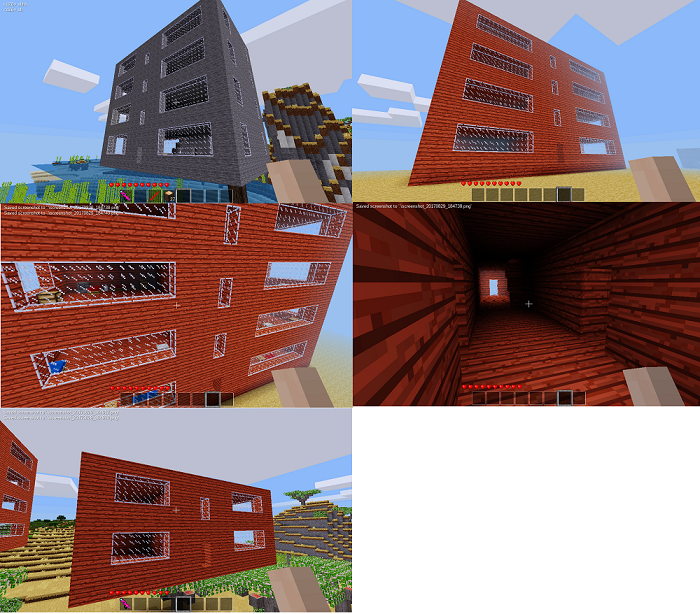 no they can't . They do not build anything

they do not build absolutely anything . And there's no builds spawning

Now they does, error caused by height fixes for the old default player model, but this makes they cant build in mt 0.4.15 and older

Its just to count on that they are using big amounts of blocks when they builds big houses, like on of them today needed more then 4000 snow blocks and 560 glass, 8 beds...

and its maybe takes 1 hour to build the house, they often gets problems to pathfinding to places to place theirs blocks.

this guy to left builded it in about 10 minuts, then it removed glass and tried to build towers on it...

type /aliveai status=true to see what they are doing / need

When they place beds,

the headboard for the bed sometimes goes into other blocks

beds placed by bots is rotating ther self the first 20 seconds, to avoid cases like this, but some times bots is placing blocks into beds after the timer, then this happens, same for chairs :)
XaEnvironment Mods content repository Why no updates?

AiTechEye wrote:Now they does, error caused by height fixes for the old default player model, but this makes they cant build in mt 0.4.15 and older

13 "-ru", wrong spelled, should be -nu (nitrogen update) still works as well for some older versions.

Although 0.5.0 has not been officially released yet, and everyone is not interested by constantly updating, I'm not interested either in mixing and mess with diferent kinds of support.

The biggest problem is the new player system, which raises the player 1 block upside, which makes the unsupported versions will either try to build, walk and live halfway in the ground or in the air, which does not work at all.
(there is a auto setting to fix a part this, but is not working with the building process)
to get the mod to work for a few more years without im updating it, the latest support is needed :)
XaEnvironment Mods content repository Why no updates? 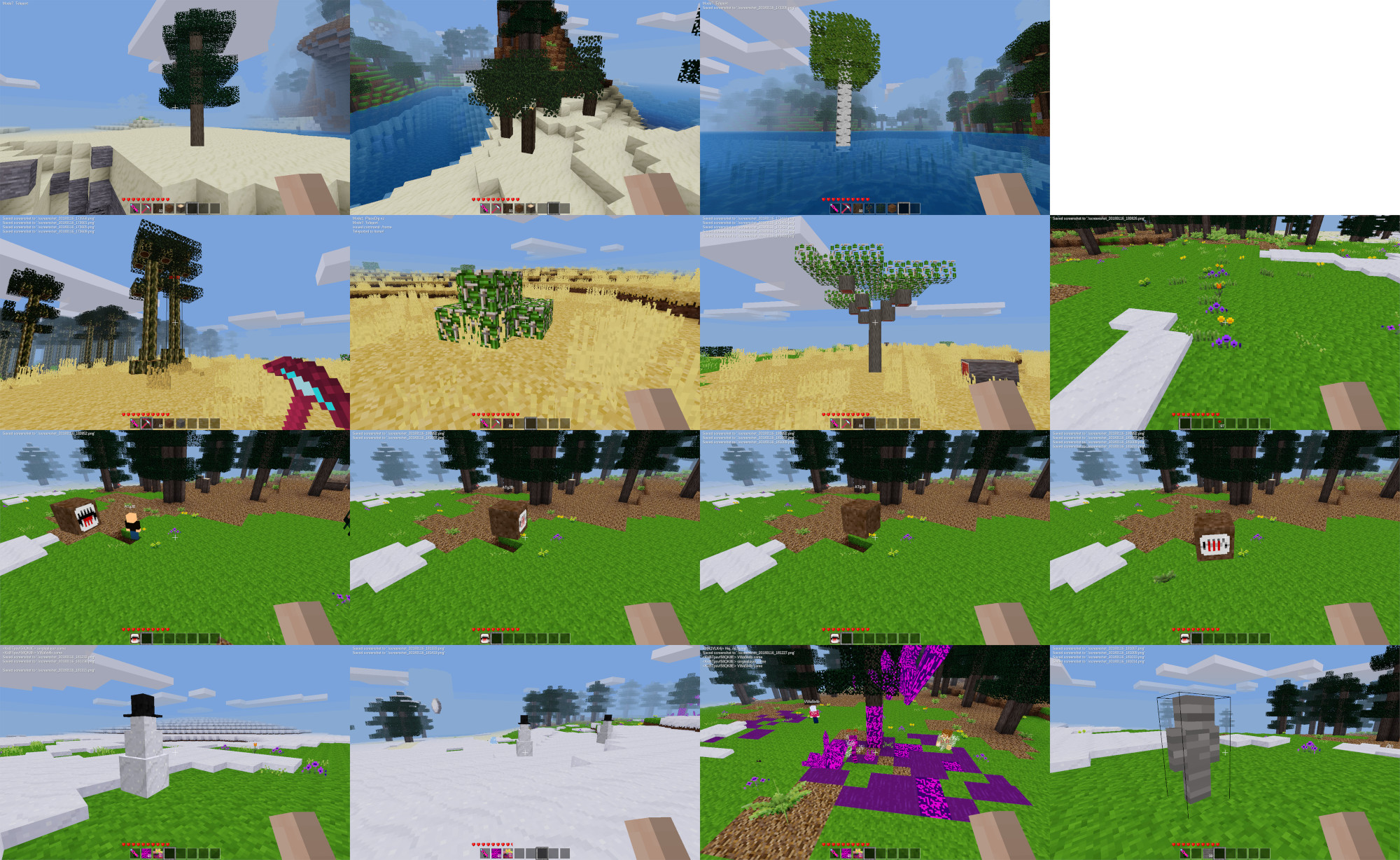 I like how ants bring back home anything they find XD 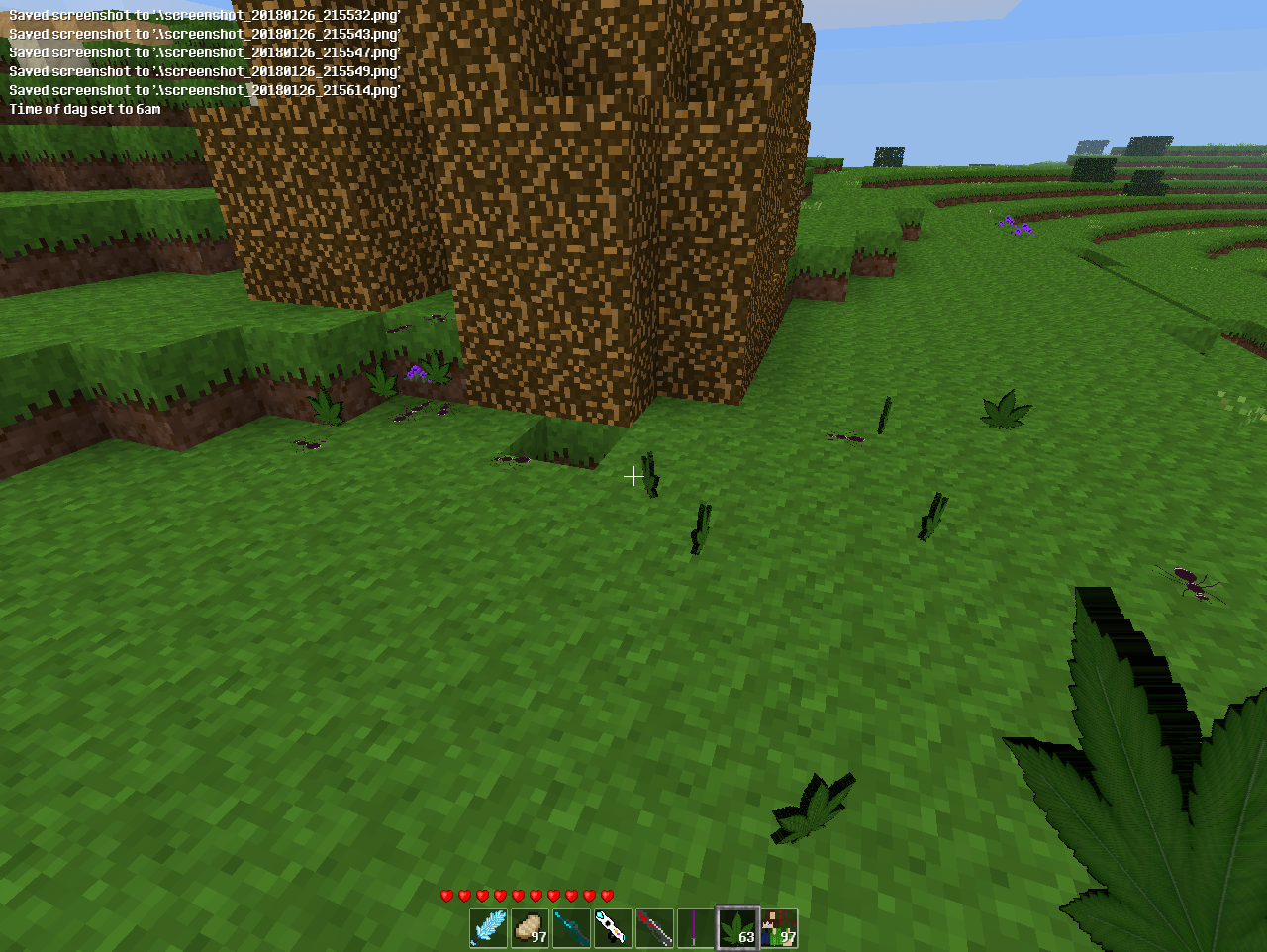 Once I even saw an ant, kidnap a chicken!

i know how ants are strong but this sounds ridiculous.
ＯＭＩＣＲＯＮ - pre-release 0.7 "Tweaky Update"

azekill_DIABLO wrote:i know how ants are strong but this sounds ridiculous.

Rare footage of an ant, taking a defeated sandmonster as a hostage 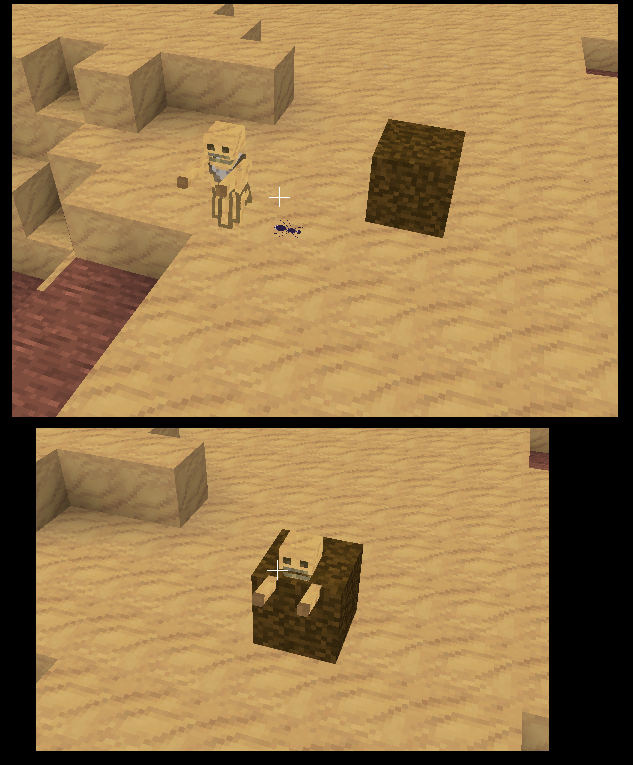