Idea taken from torches_wieldlight in https://github.com/minetest-mods/torches, but written from scratch and usable for all shining items. The shining does work on player's wielded item, but in addition on dropped items (throw a torch down using Q button) and also on throwed items using minetest-mods/throwing / minetest-mods/sling.

By default the "light_source" value from node definition is used but lower by 2. This way the placing torches is not obsolete because of brighter.
Examle: Torch with placed value 13 does shine with 11 if wielded or dropped. 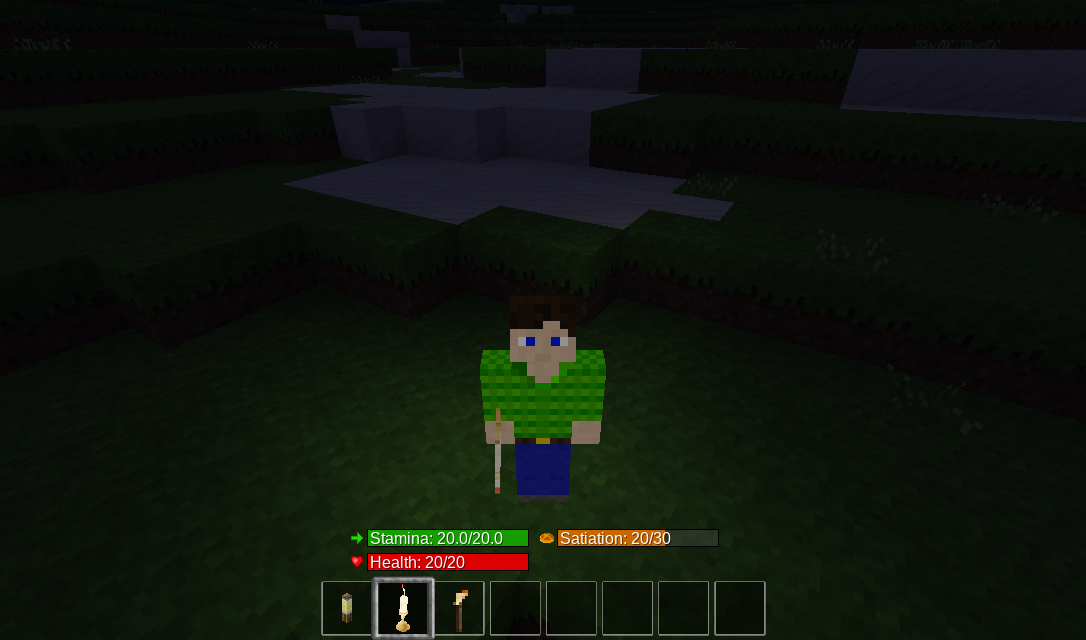 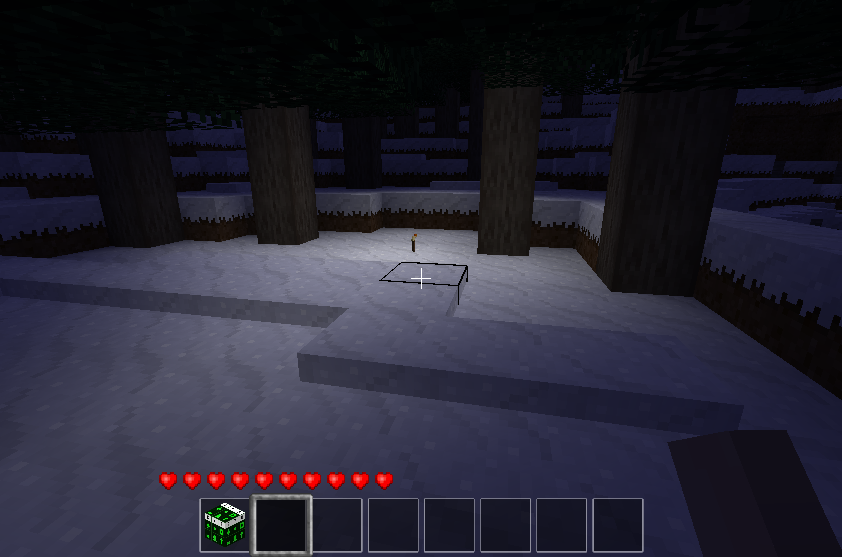 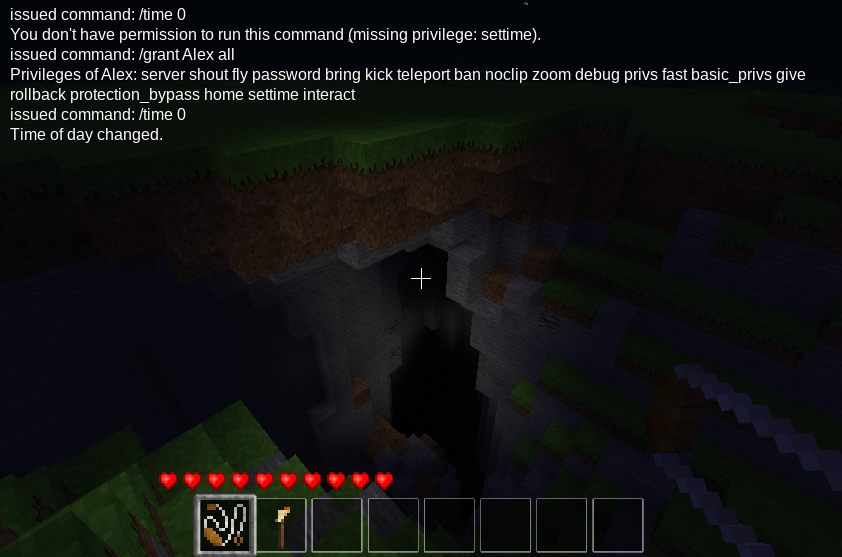 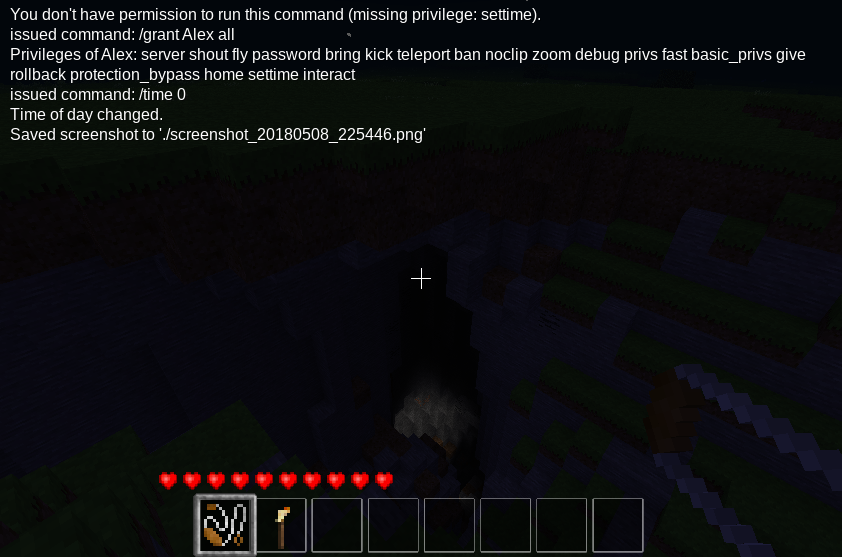 known issues
Does work in "air" nodes only, that means shining does not work on ladders, snow, slabs and other nearly empty or airlike nodes.

For Modders:
In addition further items could get or redefined the light value by:

This does not change the item/node definition, just the shining from this mod.

As external usable API functions exists to be able to use the shining in other mods, see end of README.md file on github and throwing commit for example.

Yeeees
I've really wanted a mod like this, I'll have to really check it out to see how stable it is (IIRC there were some issues with the other mod?), thanks for doing this.
A spoon is basically a tiny bowl with a stick on it

IIRC there were some issues with the other mod?

The other mod overrides the torch definition. The main goal of the torch mod was to add a 3D torch to the minetest. Since the 3D-torches was added to minetest_game/mods/default, this mod is less maintained as the "default" and seems to be redundant/obsolete. But I still used the separate torch mod without any issues because of optional lightning feature.
With this new mod i is possible to get the lightning feature on all items without any item redefinition.

Note: I did developed it using more newer features like node-timer so maybe my version is less stable as torch mod because of it's a new mod.
The main idea is the same: The wielded item of all players is checked each globalstep and a invisible air-like lightning node is placed at player position if lightning should happen. After some time the node is replaced back to "air". Because of pulling and often node updates around the player maybe performance issues appears. Same risk as in the torches mod.
List of my mods and my subgame (why not?)

oh, I did not seen the krondor mod. If I look to the code I see the next differences:

1. krondor mod is 2 years old, should be stable.
2. krondor registers only 1 helper node with light level 14. So krondors light is brighter, but with static brightness at maximum 14. My mod registers nodes 1-11. It is more dim but according the brightness of the wielded item.
3. krondor mod uses register_source() method for compatible items and hardcodes torch, flame and lava source and bucked for light. My mod looks to the item definition for light level and supports all bright items.
4. The case to avoid the light flickers if the player stay on the same position is solved in different way. krondor save position in lua table "positions" to track them, I just reset the timer back to initial value.
5. The already mentioned swap_node vs. set_node/remove_node unsure if it makes a difference for air.
List of my mods and my subgame (why not?)

Make sure it works on tools as well (perhaps it already does. I'm unsure if light_source can be applied to other things than just nodes definitions). If tool definitions can't have light_source, perhaps offer a small API for registering an item's light level. (This API could also be useful for when you don't want specific lit nodes to emit wield light). Like so:

Also, could the mod be extended to support light emitting entities as well? So that torches lights up the environment even as dropped items. That would be awesome. Code related to detecting throwing here.
Mods | Support Mesehub: bc1qluuests9rxmlnvpjrhsnyjg9ucwy6z3r0y3srw

Thank you for suggestions. I added to my todo list:

Allow to add wielded light to items without light_source, or redefine existing light.

Check/set/update light helper node at position. This method allow to enable light on any position. The function can be used for any entity from on_step function without any conditions.

Unfortunately the '__builtin:item' does not have any callbacks in on_step so I cannot enhance the dropped items without any hacks or builtin-modifications :-(
List of my mods and my subgame (why not?)

Great additions, thanks. Now I'll be able to switch over from wield_light to wielded_light.

I see the name difference comes from my bad english. Maybe I should change the name? Any proposal? wielded_bright? shining?

I just did it ;-) https://github.com/minetest/minetest/issues/6909
List of my mods and my subgame (why not?)

Shining API:
`function wielded_light.update_light(pos, light_level)`
Enable or update the shining at pos with light_level for 0.6 seconds. Can be used in any on_step call to get other entitys shining for example

`wielded_light.register_item_light(itemname, light_level)`
Override or set custom light level to an item. This does not change the item/node definition, just the lighting in this mod.

Beter mod name proposals still welcome
List of my mods and my subgame (why not?)

As for name, I thing wield_light is good. Simple and descriptive. Neoascetic probably wouldn't mind as this is a drop-in replacement.
Mods | Support Mesehub: bc1qluuests9rxmlnvpjrhsnyjg9ucwy6z3r0y3srw

I looked trough different translators and "wielded item" should be ok too. What native speaker means?
I do not like to take over the name from an other existing mod.
List of my mods and my subgame (why not?)

Just noticed I did not pushed the latest version to github. Now done, the shining-API can be tested now.
List of my mods and my subgame (why not?)

texmex wrote:ideas for further development ..
Make sure it works on tools as well (perhaps it already does..)

to the corresponding mod or to a small own compatibility mod that depends on both, sword and wielded_light.

swordmod:wellknown: placeholder for your item, the 14 is the light level.

But note: not the sword shines but the player position. And only if environment light is lower then the item light.
List of my mods and my subgame (why not?)

that is used internally for both, wielded and dropped items..

Wow! does it light stronger if the stack is full?
ＯＭＩＣＲＯＮ - pre-release 0.7 "Tweaky Update"

azekill_DIABLO wrote:Wow! does it light stronger if the stack is full?

And idea about formula how the stack size should be used to calculate light value? At the time it is just light_source - 2
List of my mods and my subgame (why not?)

Phoenixflo44 wrote:Maybe you can do it that way if you throw a torch that it will continue to shine

Already in discussion on github: https://github.com/minetest-mods/wielded_light/issues/1
Working Prototype exists
List of my mods and my subgame (why not?)