I'm creating a "game" for minetest instead of just a server-drop in pack. This was due to demand from players who wanted to run the software on their own computers. That's fine.

So I'm in the process of creating that pack. one of the issues I've been coming across is that when loading a game, Minetest seems to halt and give an error everytime a block is referenced with

Any get_content_id seems to break. I don't have mineclone, vines, or ethereal assets installed and I don't want to completely rewrite any of the loops in the code. So I will likely replace referenced nodes with "air" for now.

I also had this problem with the nether mod (it had a reference to stairs:stair_cobble or something like that that caused a bug.
FreeGamers.org has moved to MeseCraft.net | FreeGamers on the forum is now MeseCraft

I anticipate having version 0.1 of the game uploaded into notabug sometime this weekend so perhaps you can reference what I mean in my repo.
FreeGamers.org has moved to MeseCraft.net | FreeGamers on the forum is now MeseCraft

Minetest 5.2 removed the ability of minetest.get_content_id() to return whether a node is unavailable, requiring find_node_id() in cloudlands to be changed to avoid errors like this. The cloudlands updates for 5.2 were committed on 11th April and your cloudlands find_node_id() code should look like this. Declarations at the start of the file don't need to be changed to air - it'll run faster if it knows not to add vines instead of trying to locate where vines should be and adding air there.

I just checked the code on notabug.org and see you're running a version from December last year, unmodified except for vine nodenames, so updating to latest cloudlands or updating its find_node_id() function will fix that problem.

Yep, I just updated to 5.2.0 on my server and had all the same bugs happen. Luckily I've already dealt with them once and the uptime wasnt badly affected.

I just uploaded a new repo called saras_simple_survival_game. I thought I had the latest cloudlands version in that, but I will double check.

off-topic, but related: Nether has one of these issues in the mapgen.lua file that is coming up in logs.

The nether issue is more complex, Minetest 5.2's new minetest.get_content_id() behaviour also exposed an alias bug MT had. This has been fixed 26 days ago by sfan5.

The nether bug is caused by that bug in Minetest being "activated" by moreores creating an alias for stairs:stair_cobble, so nightly builds will fix it, Minetest 5.3 will fix it, and not running moreores will fix it. There's also a workaround for it here which allows nether to run with moreores on MT 5.2, but I didn't merge it due to the bug being fixed in Minetest.
Shameless plugging: Hallelujah Mountains, minetest land, Amidst for Minetest

I'm getting this error when I updated the mod in a world. It works without errors in a fresh world. Is this a known problem, any way to fix it? I don't know anything about mapgen, which I believe this relates too.

Not a known problem until now!

Add the line cloudlands.init() above line 591 in cloudlands.lua file (in is_within_realm()). That should fix it for you immediately, and I'll work out a fix to put in the mod.

It looks like someone is trying to ignite a portal to the cloudlands, but the cloudlands mod hadn't inited yet because it hadn't needed to generate any islands. Portals is a relatively new feature in Cloudlands, I should post some of the new updates and features here.


In unrelated news, a cloudlands panorama... 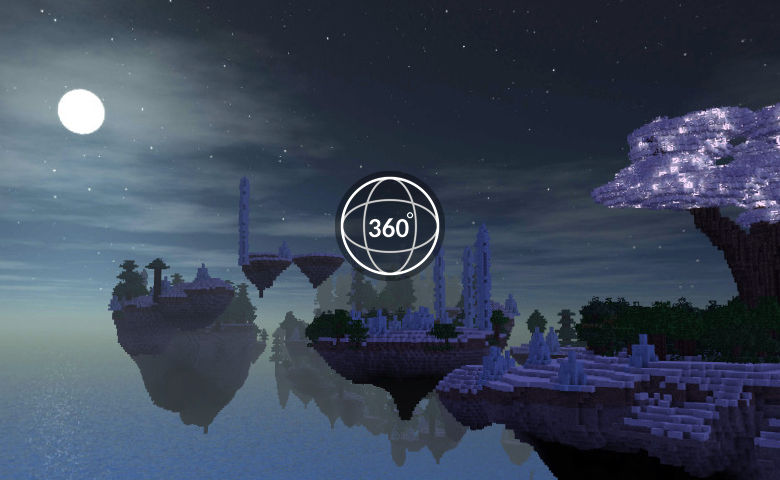 islandmoonlight_thumb2.jpg
(50.56 KiB) Not downloaded yet

Why do the sky and ocean look so nice in that image?

Skybox?
Special Effects?
FreeGamers.org has moved to MeseCraft.net | FreeGamers on the forum is now MeseCraft

I agree it's not very representative of how Minetest games normally look :)
but it was produced by Minetest.
Shameless plugging: Hallelujah Mountains, minetest land, Amidst for Minetest

It makes a good screenshot. I bet its not dynamic though (the skybox with moon movement)? The panorama is very cool.
FreeGamers.org has moved to MeseCraft.net | FreeGamers on the forum is now MeseCraft

That works perfectly!
Thanks for the fast response. The players on my server will be very happy to have working portals to the skylands.
I record Minetest videos, Mod reviews, Modding tutorials, and Lets plays.
Check out my website, and brand new Minetest Modding Course

What is the code to get a cloudland tree sapling?

Currently they appear with the landscape and can't be grown from a sapling.

It would be nice to be able to grow them, but they're very large and the roots go into the ground, so skytree saplings could enable mischief on servers - cleaning one up would be a gargantuan task for a player.

Hypothetically, if there was a good game-mechanicy way to introduce saplings I'd be interested. Perhaps with limits like saplings not growing within a kilometre of each other and a mod-setting to make it opt-in.
Shameless plugging: Hallelujah Mountains, minetest land, Amidst for Minetest

Ahoy, Dr Frankenstone! I'm trying to build a nether portal to reach cloudlands from ground level. I'm running the latest Minetest 5.3.0, with the mineclone 2 game, mapgen v7. The cloudlands are visible at 200m, but a standard nether portal (made from obsidian and lit by flint) only takes me to the nether. I've looked everywhere (mineclone / cloudlands / nether) for answers, but no (obvious) dice.
So, what's the method? What's the portal made of (assuming 4 x 5 construction) and how's it activated?
Thanks in advance and look forward to exploring the cloudlands.
P.S: Installed cloudlands after world generation. I can see them above me. So close...

The answers are in the Book of Portals, which can be obtained from dungeon chests, or viewed in the help [doc] modpack (if installed).

In the future I hope to have a new region in the nether which provides mods with alternative nodes they can use in portals, and plan to change the cloudlands portals to be built with one of those new stones only obtainable through "a journey to the center of the nether", but that's a fair way off and I'd alias the ancient portalstone to the new stone so that any existing cloudland portals still work.
Shameless plugging: Hallelujah Mountains, minetest land, Amidst for Minetest

Dr. F, thanks for the prompt reply and suitably mystical clues. Will investigate further...

Look forward to hopping along those Roger Dean-esque cloudlands!

May need to just start a new world / game outside of mineclone 2 with all the desired components and continue that way, unless there's another way...

Your edit has cleared up my confusion.

Both videos are from Minetest Game with the nether mod. The nether mod provides a Portals API and currently has a dependency on MTG's "default" for lava and obsidian, so only runs with Minetest Game. Mineclone 2 provides its own nether system but that doesn't have the portals API, and so cloudlands won't have portals in Mineclone 2.
Shameless plugging: Hallelujah Mountains, minetest land, Amidst for Minetest

I found this mod listed in Mineclone2-enabled mods viewtopic.php?p=332849#p332849, and assumed because of that the nether portals would somehow be integrated... A future addition, perhaps?
Not to worry... the process of figuring out how to get there will be an adventure in itself!
Post Reply
93 posts