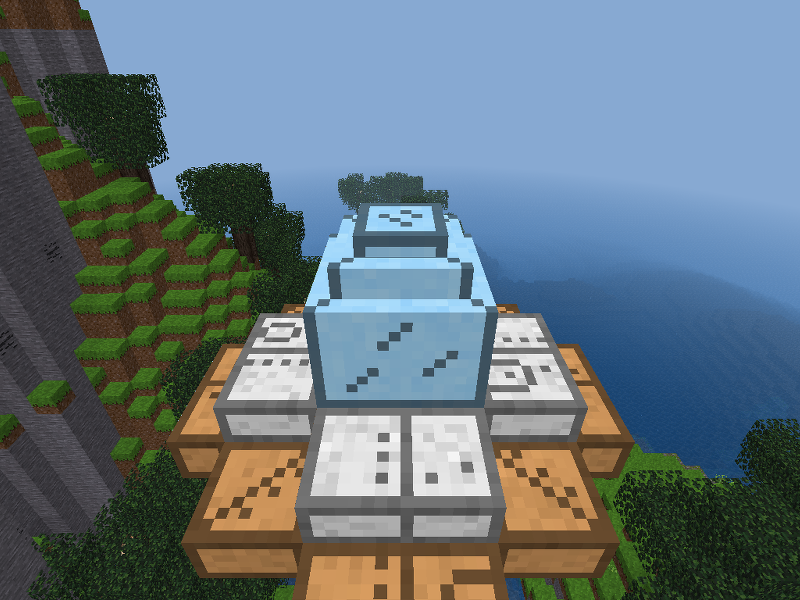 Introduction:
This mod adds a flying saucer vehicle to the Minetest game, using the same basic concept as the cars mod by cheapie: it
changes the player character's model and movement ability/controls rather than spawning a new entity and attaching the
player to it. Theoretically, this means less lag. This mod was originally intended to become a drop-in replacement for the
helicopter mod by Pavel_S, but was later changed to a flying saucer. The 3D model was taken from Zeg9's UFOs mod,
though none of our code or textures are shared, and our controls are nothing alike.

Controls:
Wielding the Saucer and clicking the left mouse button (to 'use' the item) sets the player to 'saucer mode'. Then he/she can
move left, right, forward, or back without being affected by gravity, and use Space to go up or Shift to go down (NOTE: By
default, the Saucer doesn't stop when you let go of space/shift. Use the special/aux1 button, 'e' by default, to stop. This
setting can be changed by editing minetest.conf and setting flying_saucer_passive_stop to true).

Depends:
None (though the crafting recipe uses items from Default)

Known bugs:
Holding shift cuts the player's horizontal movement to 1/3 speed. This is a side-effect of using the player entity's controls,
since shift is normally used for 'sneaking' (which is *supposed* to slow the player's movement). If anyone can figure out how
to disable this feature during saucer mode, I'd be happy to hear it.

Unlike horizontal movement (which is managed client-side), the vertical movement is dependent on server cycles. This means
if there is anything causing excessive lag, it may negatively affect the user's ability to move up/down (or to stop moving,
regardless of the flying_saucer_passive_stop setting).

Please report any other issues at the Flying Saucer GitHub page or the Release thread on the Minetest forums.

using the info that I added this mod to the list at https://wiki.minetest.net/Mods:Vehicles to bump this thread a tinny little bit. :-)

twoelk wrote:using the info that I added this mod to the list at https://wiki.minetest.net/Mods:Vehicles to bump this thread a tiny little bit. :-)

Awesome, thanks for the inclusion! Also, that list is pretty in-depth; I'll probably check out a few of those I hadn't heard of (FaceDeer's Digtron looks especially interesting).

Oh, I should mention that while Flying Saucer is perfect for single-player use, it currently causes 'bouncing' problems (that may even go far/fast enough to kill the user) when run on a server (I have edited the 'known bugs' section to reflect this problem). I'm working on fixing that now, and should have a fix out in the next day or two. EDIT: Fixed
Post Reply
4 posts • Page 1 of 1