in the code at Github I found a windwill, but I did not find it after I installed the newest technic pack. I tried to give me one technic:wind_mill but no success. So please can you give me a hint?

Take a look at Your technic-mod folder!
Here should ba a folder technic.
Searching the file config.lua and enable the wind_mill!

Okay, thanks ... I did not know that! But why is it deactivated?

BirgitLachner wrote:Okay, thanks ... I did not know that! But why is it deactivated?

BirgitLachner wrote:Okay, thanks ... I did not know that! But why is it deactivated?

I think so
what do they do anyway?
"A programmer is just a tool which converts caffeine into code"

You need 20 frames below the windmill for it to function. The windmill itself should be above +50. Apart from that, it can be in a cave and still work. :)

So find a mountain and build your tech lab at a high elevation. Or make a tall building and put your tech lab there. Cobble is cheaper than MV cable.

Upgrade slots ... how do we use them and what can we put into them. What advantage is there?

Michael Eh? wrote:Upgrade slots ... how do we use them and what can we put into them. What advantage is there?

Two things can go into the Upgrade slots; batteries and logic circuits. You can use one of each or two of the same item. A battery will allow the device to use less power performing its function. A logic circuit will allow the device to move the contents into a chest or pipe for movement to the next station.
Give a man a fish, feed him for a day. Give a kid a fish, it's going to die.

How do I make mixed metal ingots?!?!? There's no recipe in the recipe book, ik it's possible I'm also having the same problem with silver wire

what do you need to use the geothermal plant?
Ocular Networks | Trucraft | Guidebook Lib | Poly Decor | Vision Lib | ==> My Site <==

I don't know if this is a useful place to note this, but gameplay in this mod has become significantly unbalanced with the modifications to the hydro generator last year, which has made it extremely powerful. Along with the customizable setting on the supply converter, it has completely changed survival gameplay in this mod, and I would argue not in a good way. It basically makes most technologies superfluous.

I hadn't been playing Minetest for most of the past year, and when my son requested to play again, I was a bit shocked at how this mod has changed. I first introduced Technic working in a survival world with my son nearly two years ago, and thinking back on it, it was a very balanced progression of technologies. Solar cells and generators are a pain to produce by hand, but they're one of your few options early to get things going. A hydro generator also was useful once you mined deep enough to get the required materials. But due to constraints on the old supply converter, where you needed to get to 10000 power units before you could convert, it was a real pain to get MV or HV going without native generators at those power levels. Now, however, if you manage to build a HV battery box and a quarry, you can run it on basically nothing as soon as you set up a supply converter. It used to be a real struggle to get a quarry going in survival.

And the hydro generators are now WAY overpowered for relatively little cost. Set a few up deep underground, with just a few water source blocks, and you're good to go. Extremely easy. Now simple to quarry anywhere as deep as you like with the flexible supply convert to get to HV. I can remember the long process of building HV cable down hundreds of meters underground to carry solar power deep enough to power quarries -- it was the only reasonable way to do it early in the game. I can remember the laborious process of having to set up an array of nearly 100 hydro generators (old ones) deep underground, placing all the water source blocks, etc. around them precisely, so you could get enough power to generate 10000 LV to convert to HV to power a quarry.

It used to be a major investment to mine underground in survival, as in real life. Now, it's incredibly easy. And once you have quarries and make use of teleporting tubes, you've basically "won" Technic. There used to be reasons to invest in the incredibly laborious process of making solar cells and generators, but now why bother? Heck, I went through the entire process of quarrying huge amounts in the shallow areas for uranium and then building a centrifuge array in survival to refine uranium so I could build a nuclear reactor, which would not only make for a lot of power, but could also be built deep underground to power mining operations. Now, why bother? I can set up a few water source blocks, let them make a giant waterfall, and get just as a much power from overpowered hydro generators deep underground.

Basically, from a gameplay standpoint, Technic is broken. It used to have a reason for players to explore most of the technologies for power in survival. With the modifications last year, it's become way too easy. I mean, I even went through the labor of creating a solar cell factory with pipeworks to automate the process to make stuff from raw materials, because making solar is such a pain in the neck. But solar was the best option for early-mid gameplay.
Now, there's no reason to even bother.

(And by the way, I'm not objecting to some of the general concepts -- it makes sense that hydro generators work around flowing water. It makes sense not to necessarily have arbitrary constraints on supply converters meeting certain thresholds. But in the way these modifications were done, it has made survival much easier and taken away most of the reasons to use a lot of the tech in this mod.)

I need help with the MoD because I can't get a network on the devices. How does this network work?
+ Spoiler
I hate my life

You need to have power cables connecting the devices to a power supply/source and a switching station.
I record Minetest videos, Mod reviews, Modding tutorials, and Lets plays.
Check out my website, and brand new Minetest Modding Course

Can you show me a screenshot so I know how?
+ Spoiler
I hate my life 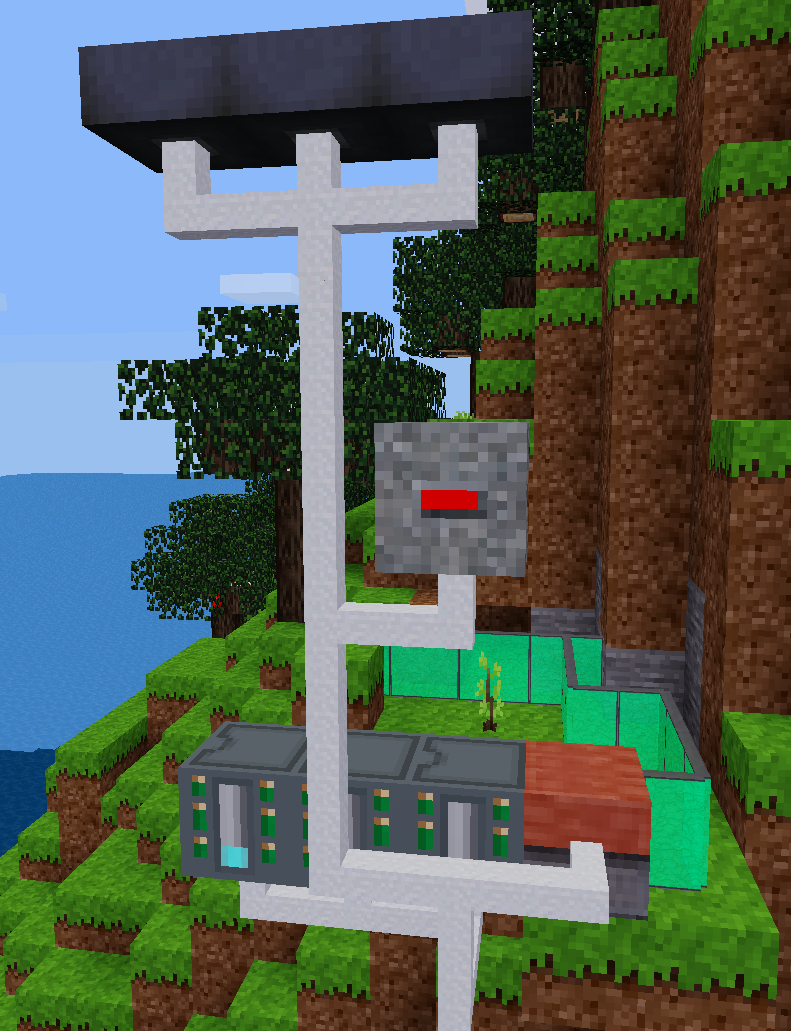 thanks
+ Spoiler
I hate my life

Michael Eh? wrote:Upgrade slots ... how do we use them and what can we put into them. What advantage is there?

Hello,
This is my first time posting here on the Minetest Forums.
I have been playing with Minetest for a couple of years now and the Technic mod has always been part of my playing experience.
I wanted to use the HV Quarry to level areas of land, harvest trees, and wheat, as well as it's original digging.
I made some modifications to the quarry.lua so that I could enter a larger radius, as well as increasing the digging height and depth.

I thought I would post the results so that if anyone else wants to try it, they could.

Heraclitus wrote:I don't know if this is a useful place to note this, but gameplay in this mod has become significantly unbalanced with the modifications to the hydro generator last year, which has made it extremely powerful.

I hear you. Have you tried running the dynamic_liquid mod alongside technic? I find that it makes it much harder to set up an infinite waterfall, so you're encouraged to use hydro the "right" way (or abuse pipeworks to get an infinite waterfall anyway, but at least it's a step in the right direction).

MrUnderhill89 wrote: I hear you. Have you tried running the dynamic_liquid mod alongside technic? I find that it makes it much harder to set up an infinite waterfall, so you're encouraged to use hydro the "right" way (or abuse pipeworks to get an infinite waterfall anyway, but at least it's a step in the right direction).

A word of caution: I got a report once of someone installing dynamic_liquid on a pre-existing technic server and then having their nuclear power plant melt down because the water flowed away from its core. So before doing so make sure any nuclear plants you've built have leak-proof containment structures. :)

I'm getting the following error as I approach the edge of the generated world:

The server drops me back to the main menu and I'm immediately permitted to start the world again. About 1/5th of the time the server bounces me out with the same message and then I'm able to carry on for a few minutes. This wasn't frequent at first, but it's become something of a walk 100 meters to the edge of the generated world, get bounced out.

Any thoughts on why I'm getting this or how to resolve it?
Post Reply
1557 posts