r_kAY wrote:@rinoux your cow is pretty good but I was thinking more of a cartoon style animal. The design you have is nice maybe we can work together.

Yes I think is better to work together, we have to decide few things, like what kind of style. I prefer to find another way that Minecraft has chosen, a little bit more realistic... but that can be between realist/simple. What do you think ? (Maybe we can make another topic for that)
by sapier
@r_kAY problem with 3d animals ain't primary that i needed help (i'd gladly accept it either). Reason why I didn't put more efforts in this topic is that I had a conversation with celeron and I don't think he wants to add the patches required to create 3d animals.

He wants to keep minetest simple for low performance clients.

EDIT1:
why not have multiple graphics sets? There are texture packs for minetest I don't think it's a problem having more than one graphics set for animals too.

By now there is only one set of graphics (mine was actualy not more than spacers) if there are more candidates there probably will be an election for "default" animals graphics set.
by r_kAY
@sapier I think it is a great idea to have different settings based on your systems capabilities. So if you have a lower performance computer you can still use the program without any problems, but we could also get people with higher end computers that could run things with more detail so they don't get bored. So maybe if it was added in the game itself the options could have a certain switch for 2d or 3d. Or you could just have two different downloads.
@rinoux I like that your animals are realistic, but I would like to add some details. I don't want to copy minecraft's animals. The only reason I would prefer animals with a more cartoon base is because the realistic features don't fit quite well. So I want to find a way to make it fit a little better.
by MrThebuilder3
what about a mob that blows up when to close *cough* creeper *cogh*
by sdzen
maybe shape it like a bomb-bomb 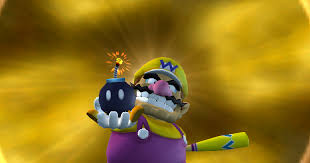 by MrThebuilder3
lol
by mcburgerbob
lol IKR?
by sapier
I hated those creapers in minecraft but if anyone provides graphics I'll add it ;-) Won't be a big deal either all parts are already in just need to put it together a little bit different.

By the way did anyone encounter the plasma- and fireballs by now?
by r_kAY
Do you want just a plan ole' creeper or a different style? and what size would be best
by sapier
I thought about same size as the vampires. You'll find examples in templates folder too.
by r_kAY
http://www.mediafire.com/?fxppw3bdtx4s6dn

That is just a quick sketch of one in a bomb shape.
by rahonejm
creeper screenshot! creeper screenshot!
by sdzen
like it its comical
by Melkor
creeper!
by sapier
Just rewrote/modified movement generator now supporting jumping movement as well as flying movement. Both needed to add rats and fish.

There have been lots of changes to movement system so please tell me the bugs I added!

I didn't add all the fishes by now because of not knowing how to name them and didin't wannt to call them "fish1" "fish2" .... If anyone tells me names I'll add them next.

BTW current fish spawns in shallow water with dirt ground. I'd like to spawn the other fish in different environment so if anyone can provide reasonable habitat information for them I'd greatly appreciate it.
by jordan4ibanez
good job sapier..this is quite fast and light for many mobs working on my server at one time

by sapier
Thanks, glad to hear its working good. I didn't do performance tests in real life environment by now.
by rahonejm
hey sapier, can you do some sort of "light" version of the mod? You know, a version that not so many animals spawn at the same time to don't lag everything, just like happens in my pc

"a" shouldn't happen because of the animal density (except of vampires)
and b shouldn't happen either as chances for adding an animal are really low (except of vampires too)
by rahonejm
Well, when i start the server with animals mod, i must wait a very long time so all the animals can spawn. But then, even with all the animals spawned, i get very lagged (things like don't putting a block when you click, or blocks you've collected appear again) 'cause i can see in the console that every step that i do it appears: "Spawnig animals at blablablabla"
"Spawnig animals at blablablabla"
"Spawnig animals at blablablabla"
"Spawnig animals at blablablabla"
Hope you understood XD
by sapier
oh I see this message is probably missleading, I'll change it in next release. I assume it's not really a spawn but activation of an animal. Entities are deactivated if noone is next to them in case of someone entering a chunk they get activated. But of cause all animals within this chunk at once. I don't have any control about this. I'll try to speedup this process but I ain't sure I can do much about this.
by neko259
Can you use another filehosting service? mediafire works very strange without flash and when downloading through wget.
by sapier
@neko259 I've already changed file hosting service to mediafire on someones request. I'm sorry but I assume if I change to another service it's just a matter of time till another one requests changing to next.

If you tell me where to put I probably add a secondary release option.

EDIT1:
@rahonejm
I've checked activation code and made minor changes for next version. But there are only two operations that probably need some time within activation.
One to workaround minetest not saving custom defined variables for entities. The other to workaround minetests inability to save data for a mod. I can't remove them without getting even worse problems so for now I'm sorry I don't se a chance to help you. But I'll try to find a way of course.
by neko259

sapier wrote:@neko259 I've already changed file hosting service to mediafire on someones request. I'm sorry but I assume if I change to another service it's just a matter of time till another one requests changing to next.

If you tell me where to put I probably add a secondary release option.

I like ompldr.com. It can give you direct link (useful when downloading from the server console) and you don't have to wait or enter any captchas

by neko259
Another question: why use RMB for shearing? In minetest all the mods use LMB for using anything. It's a bit confusing and uncomfortable when different mods use different keys for the same operation.
All times are UTC
Page 5 of 64