Version 1.2 is there; this is the lumps and snow update! 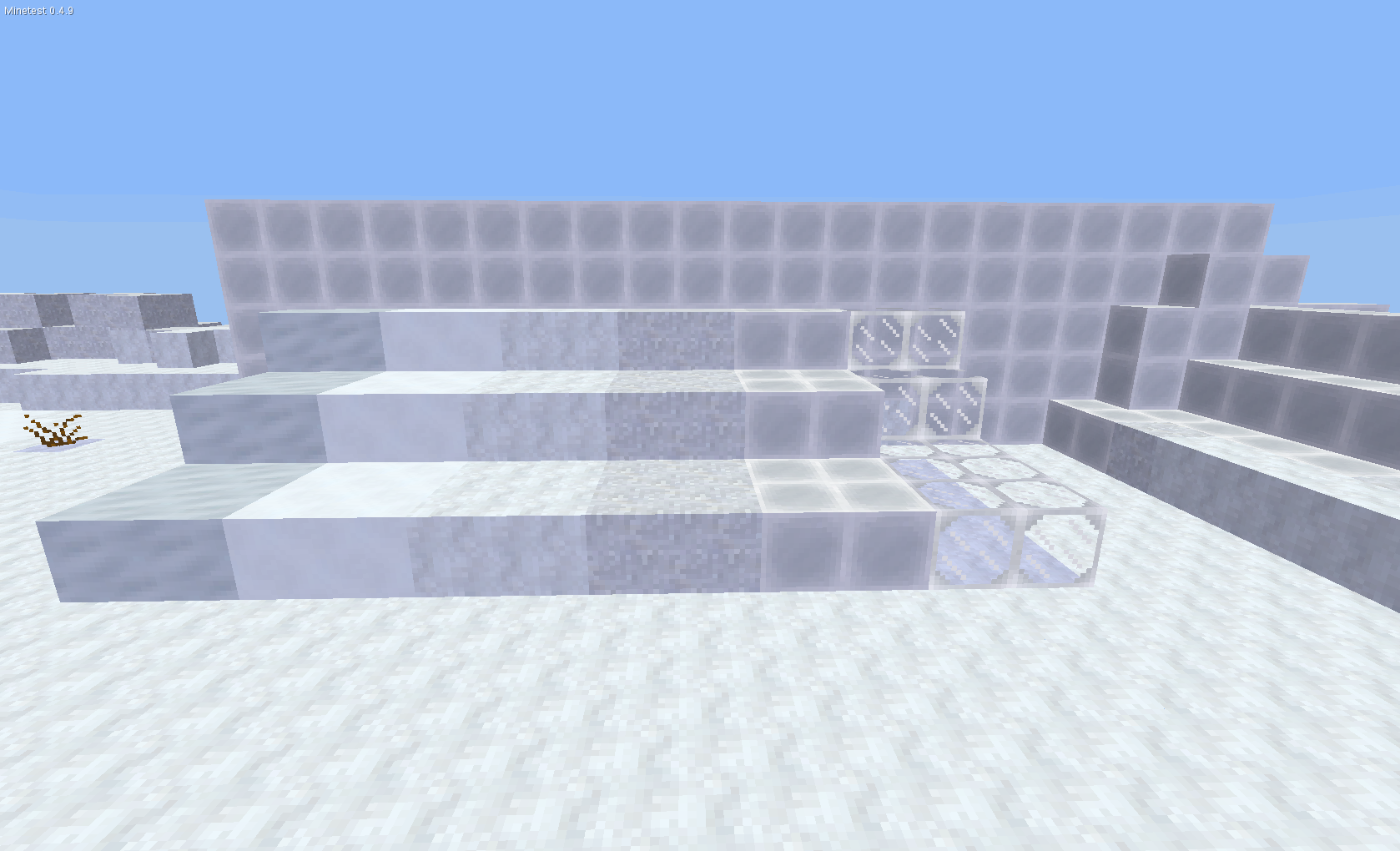 Note that pure ice is semitransparent, while white ice is opaque. Pure ice is considered to be harder (and probably rarer) than white ice. This could make for interesting ice caves. :)

It is planned that the slush is unstable in real gameplay. I plan to destroy slush as soon as something collides with it. I also plan to add more special behaviours to the soft snow. As I said, I’ll postpone most gameplay-related stuff to version 5.0.

Maybe I’ll add up to 2 more snow types; I am not sure yet.

The snow and ice also comes with some different footstep sounds.


And the lumps now support the wetness levels, too. Sadly, there are still no sand “lump” (or something) like that. I have to think of something good.
Inventory images of lumps: 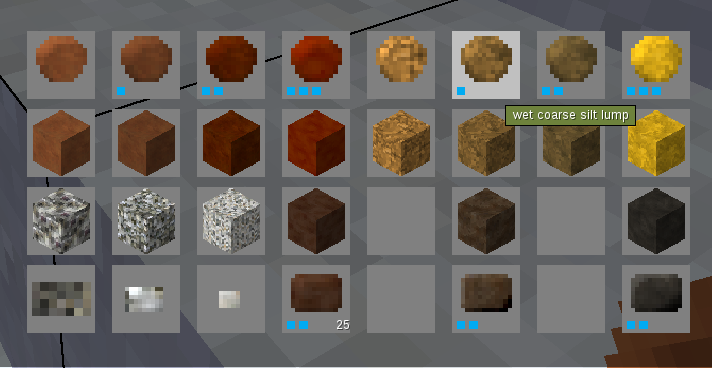 I already explained lumps in my previous post.
The 3 funny-looking rectangles are stones, you get them when you mine gravel. Stones are special; they are no wet counterparts of them, you always get dry stones.

The number of dots for each lump image indicates the wetness level. Annoyingly, the dots appear also in the image of the dropped item. It seems I can’t do much about that. :/

Those stones are very interesting - they could be used as replacement to the current stone.
Maybe I add them to my mapgen later.
Everything seems to be WTFPL, so it's allowed to copy those textures :)
Look, I programmed a bug for you. >> Mod Search Engine << - Mods by Krock - DuckDuckGo mod search bang: !mtmod <keyword here>

This mod is very extensive and promising, Wuzzy. I like it, and can't wait for the completed version.

Some notes for people who code map generators: I recommend to always put dryer nodes above wetter nodes. Only the direct lower 8 neighbors for a node are relevant, so you have to consider the nodes which touch the lower corners and edges, too. That way, right after chunk generation there would be no need for oozing and thus saves a bunch of ABM calls. It is OK to make an entire soil layer of wet nodes (maybe for muddy/swampy regions), as long as there are no dryer nodes below them. There may be an exception for nodes with very long oozing times (fine silt, clay, turf), it would have to be tested how that would work out.
And keep in mind this mod is still in ongoing development, so things change. :P

It is a similar reason why smart map generators should not place default gravel above air. ;-)

Couldn't you easily make quicksand by basically copying water and giving it a sand texture?

Flowing sand/dirt/gravel is supported in Freeminer.
You can now find my videos at BitChute: https://www.bitchute.com/channel/some_cheeky_jinuskian/

Inocudom, the feature you are refering to is that sand (and similar stuff) moves down if it is at an edge.

An interesting feature, I know, but sadly this does not help me with implementing quicksand.

Lunisol: Then quicksand would simply be water with a different texture. I want to have something more than that. :-/
But I fear this seems to be the most realistic solution, for now. :(

Wuzzy wrote:Inocudom, the feature you are refering to is that sand (and similar stuff) moves down if it is at an edge.

An interesting feature, I know, but sadly this does not help me with implementing quicksand.

Lunisol: Then quicksand would simply be water with a different texture. I want to have something more than that. :-/
But I fear this seems to be the most realistic solution, for now. :(

Lava is harder to get through than water is.
You can now find my videos at BitChute: https://www.bitchute.com/channel/some_cheeky_jinuskian/

If you are interested in the bleeding edge stuff, you may also check out this page from time to time: http://repo.or.cz/w/minetest_pedology.g ... ads/master

Also check out my roadmap to see the progress of this project.
And you see right: The only thing holding back the 2.0 release are improved turf textures. I don’t think the current turf textures are very good


PS: Thanks, Nore, for noting that. I thought of the liquid trick, too. But I did not really like that because the player still could easily escape a quicksand pit (basically just hold spacebar).

Could you make Snowballs "throwable"? Should be awesome on multiplayer servers :-)))

Big news! I finally managed to finish off two another things of my to-do-list.
I also am finished with the snow as well.
This means I can directly move on to version 3.0.
Here you can get the Zip archive: http://repo.or.cz/w/minetest_pedology.g ... c72e24.zip
(rename folder to “pedology”, as always)

Changes: Not much changed actually. However, to celebrate this milestone release, I give you a lot of screenshot to show you the current state of Pedology: 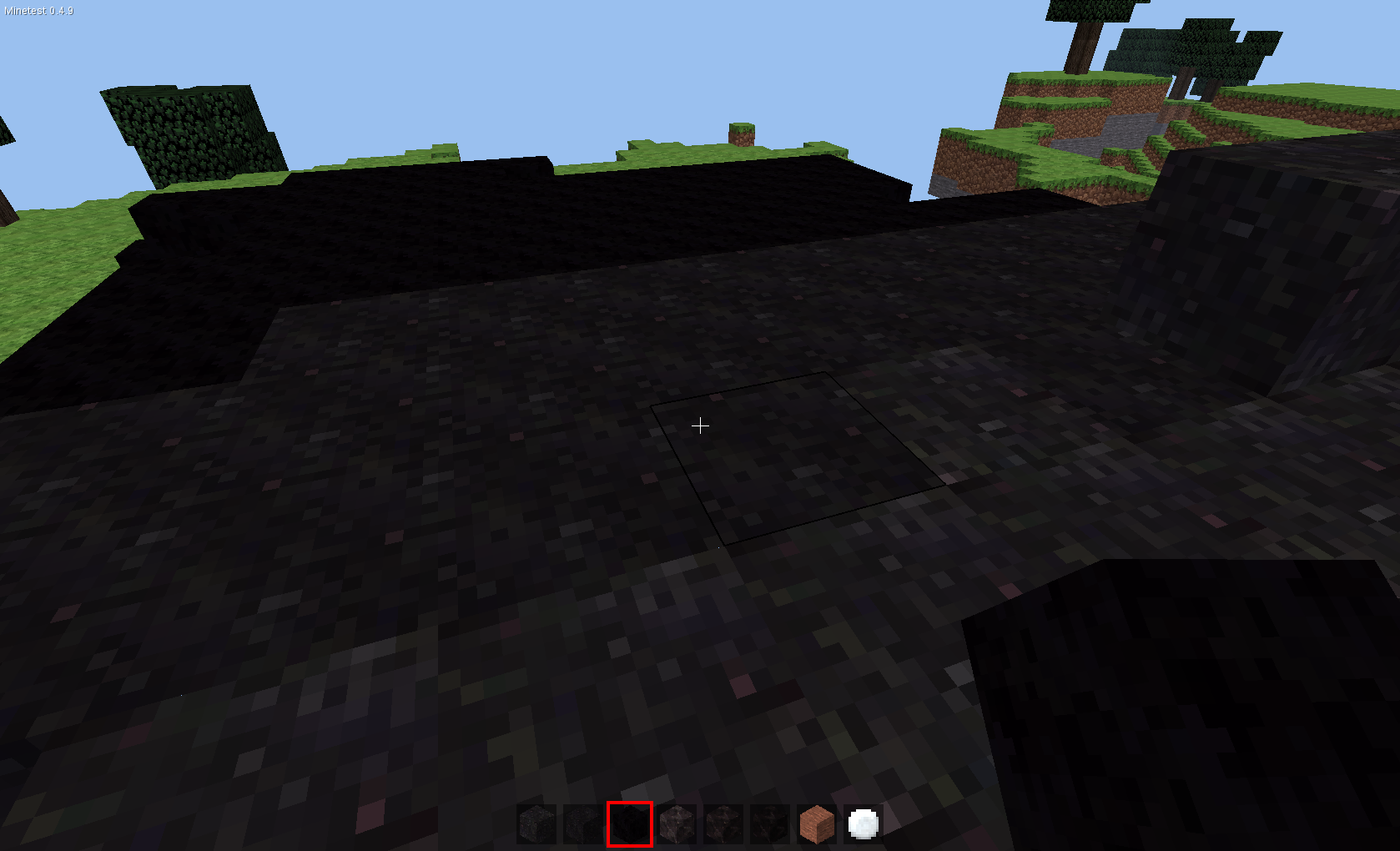 This shows some hemic turf. 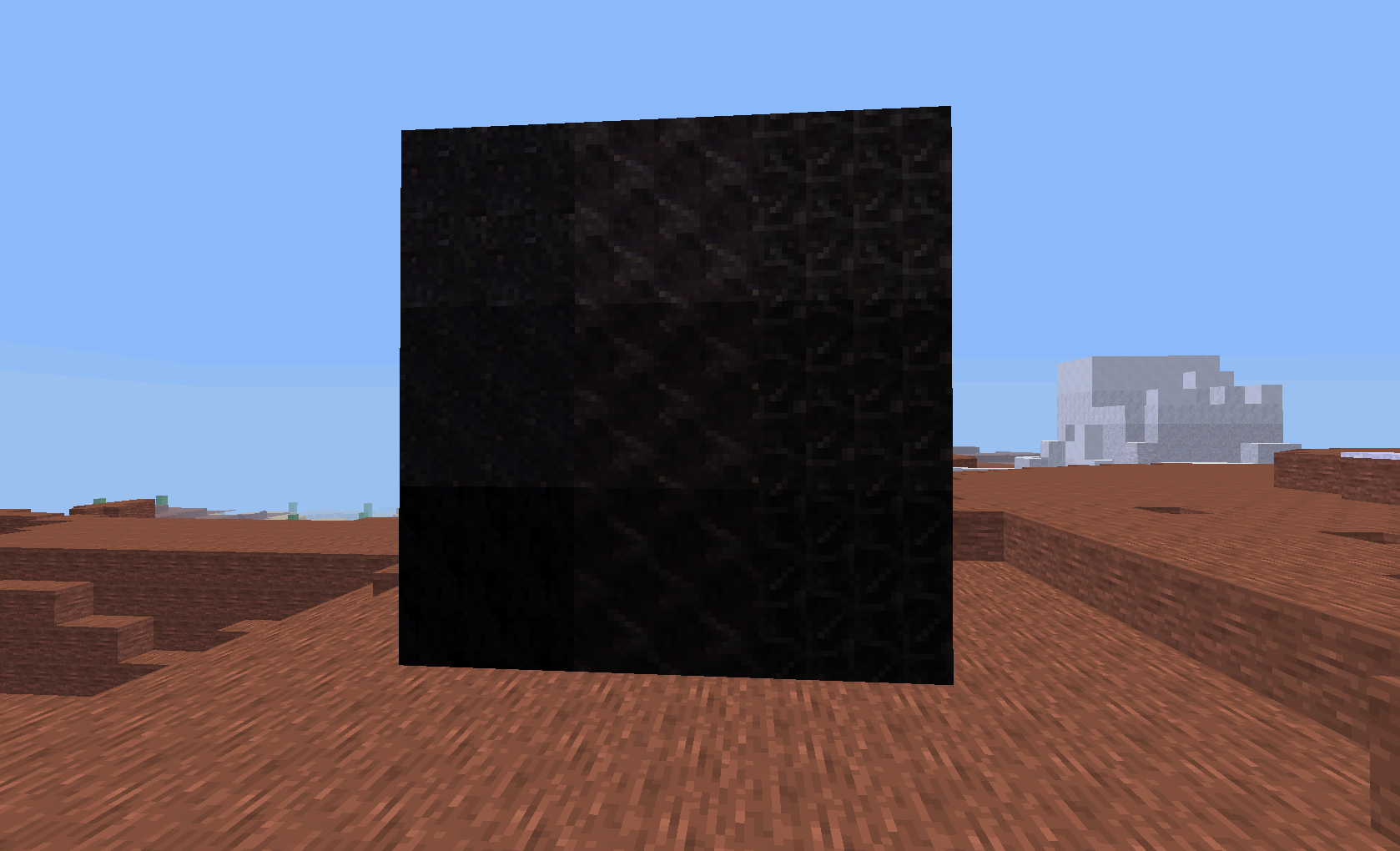 You know them from v1.0 already, this screenshot shows different wetness levels, however.

The updated snow and ice blocks: 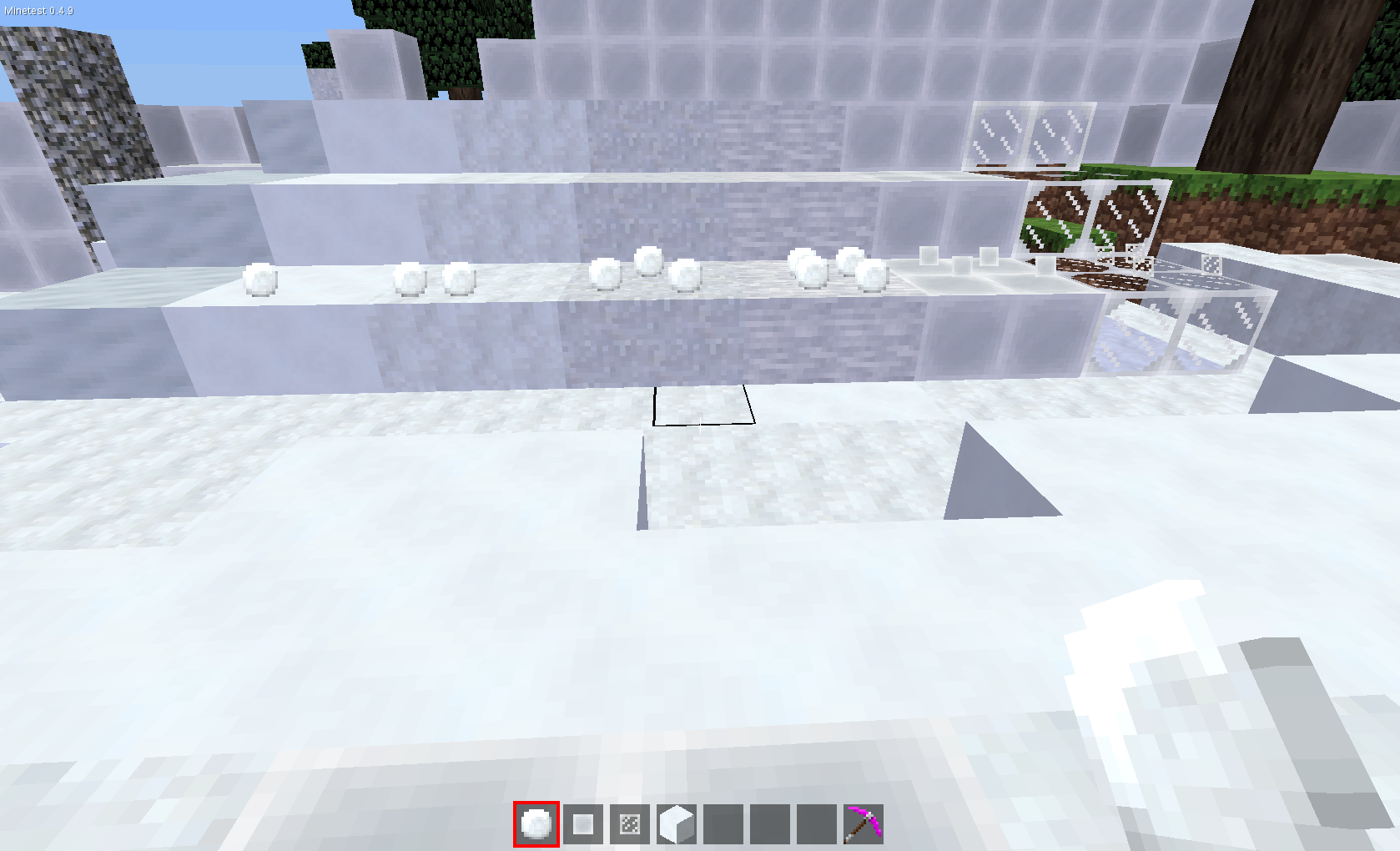 This screenshot also shows the respective drops (may change). The one with the 4 snowballs is firn, which has been added in a earlier release. 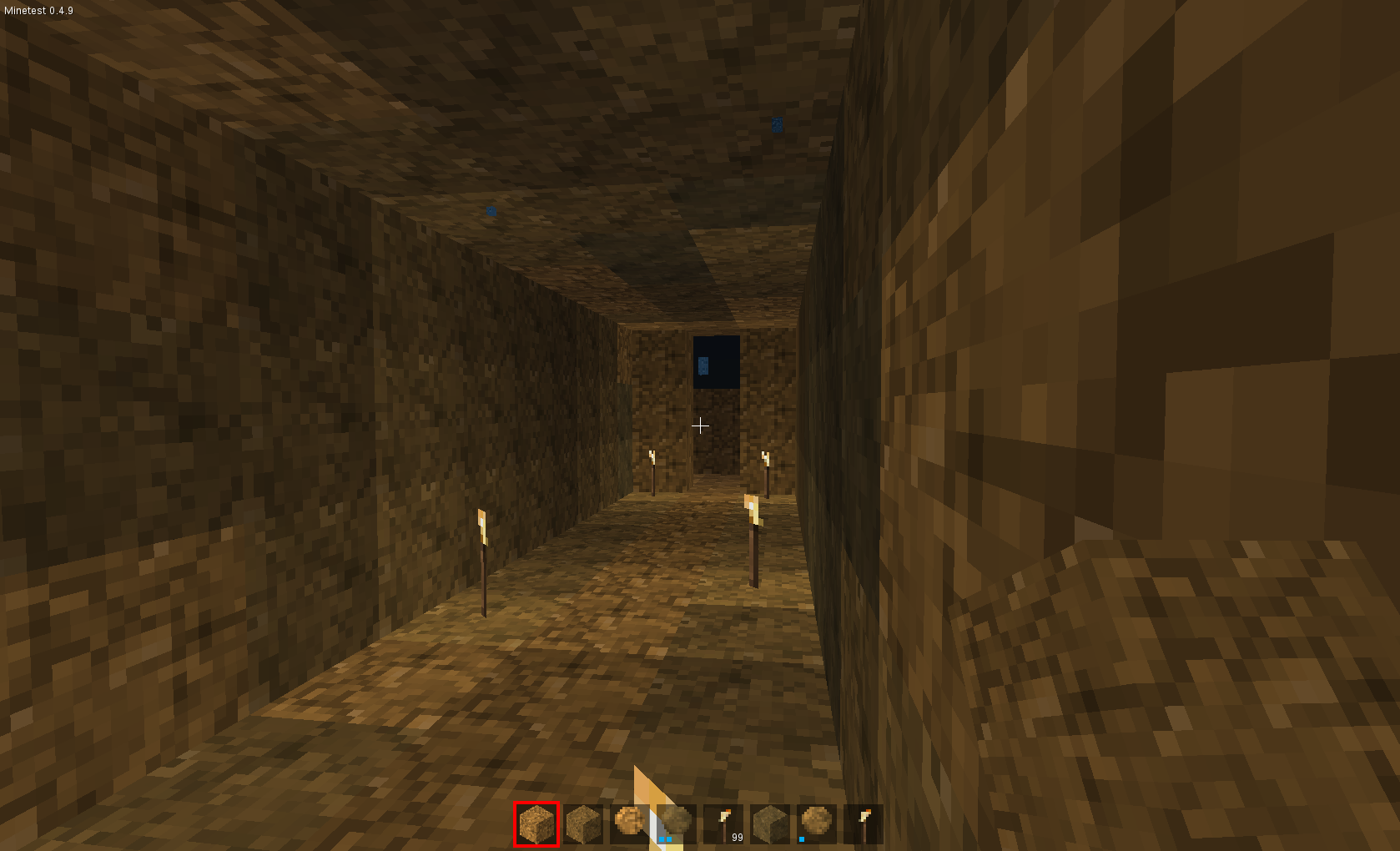 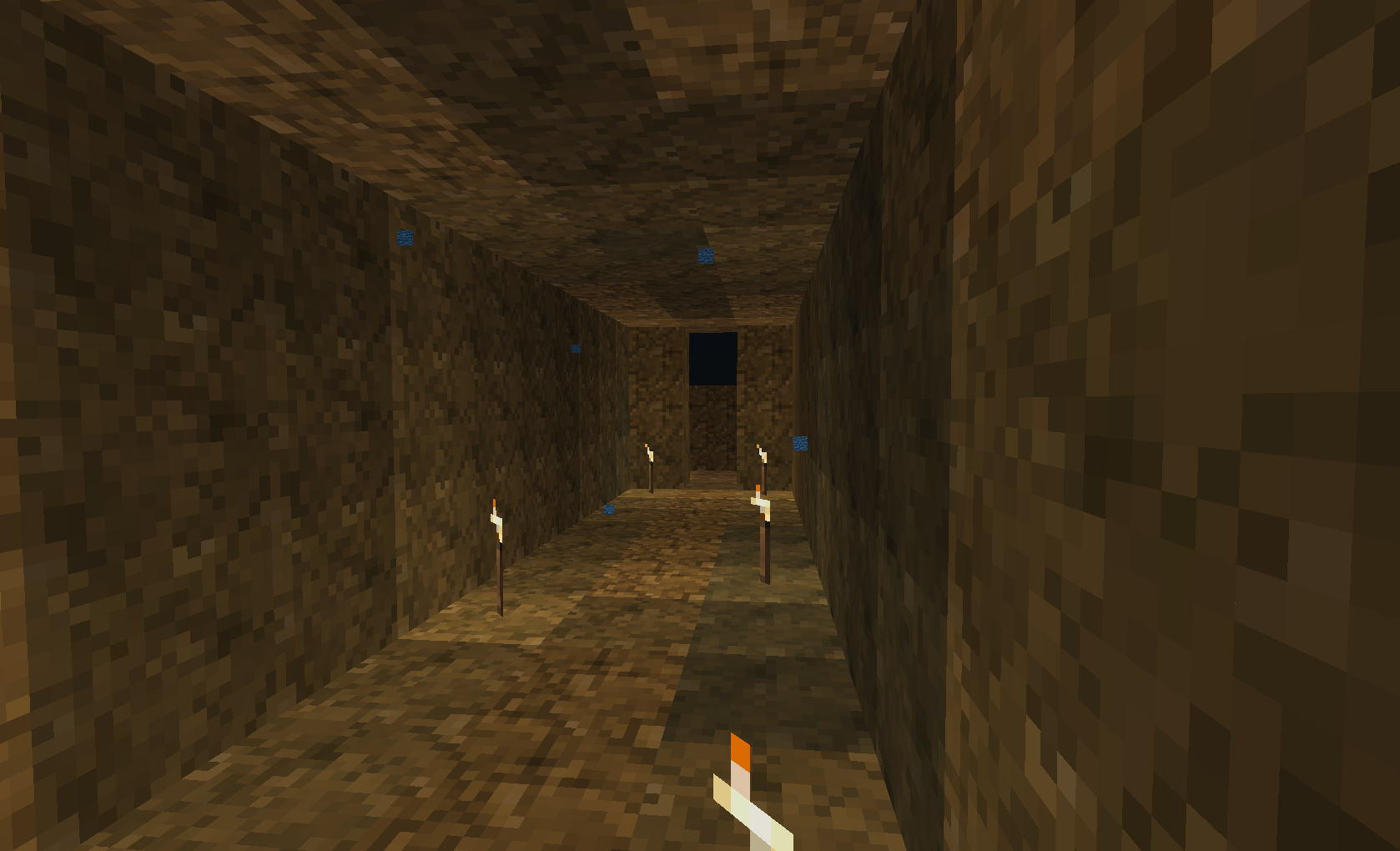 
Now, since 3.0 is out, the next big thing for 4.0 awaits: Liquids. This also includes mud. Mud is basically very wet earth. With wetness level 3 or 4 and higher, the earth blocks won’t be solid anymore. This is the rough idea about mud. Also planned for version 4.0 are 2 or 3 different kinds of water.
The most challenging thing about mud will probably the interaction between all the mud.
I am a bit exited about this and wonder how it could work out.

Oh, and maybe throwable snowballs come, too. I postpone this to version 5.0. But I am not sure if I’ll really do this.

You need to make a new .zip file of this mod. There is no other way that I can download it otherwise.

The nodes of this mod look like they would pair up well with the following two custom mapgens:
viewtopic.php?f=9&t=8772&hilit=forest
viewtopic.php?f=9&t=7263&hilit=experimental+mapgen
You can now find my videos at BitChute: https://www.bitchute.com/channel/some_cheeky_jinuskian/

I don’t understand what’s your problem with the zip file. Please explain.
Try this other link (v3.0): download/file.php?id=806
Rename the folder inside to “pedology”.

Sorry, I don’t plan to make a mapgen for that. This mod is intended to be a base for other mods (perhaps mapgens). I am not experienced in map generation, I leave that task to others. I am also not sure how well existing mapgens are usable to create a pedology mapgen. Almost all the existing mapgens I know heavily base on default but Pedology throws away a lot of “default” concepts. So either a pedology mapgen would have to start from scratch or heavily edited.

Version 3.1 released!
This is just a maintenance release to make sure it works with recent Minetest releases. No real new features, sorry.

I modified the dynamicliquid to make the water_fresh, water_ponding, clay_4 and clay_5, silt_4 and silt_5 and silt_medium_4 like a liquid (finite, of course). It's easy, I will publish what I did of course.

In the init.lua, I made some modifications, works fine, I will publish these too.

I plan to add some transformation for liquid mud/clay/silt :
- First : if in water and without moving, and with sand or gravel bellow : transform the block bellow to mud/clay/silt_3 and disappear.
- Second : without water... but on dry sand/gravel, should dryer and stop moving. I will think about this later.

Great mod, I learned on pedology and sedimentology.

(All works fine with Minetest 5)

Nice to see this mod being revived, I will be interested in it and possibly use it in an "ultimate biomes" mod in the future.
My modding team: https://github.com/basilea-rhomaion

Sorry for long time without news.
I will put all my change in a forge, I think it's the best way to share.
Post Reply
44 posts