Reconstruct your version of some Roman Baths

Fixerol wrote:Still reconstructing your version of some Roman Baths? :p

although I'm not as fast as I would like to be :-P

This is an example of a version of the map I used on the Isarnho server that is online sometimes to test different maps. 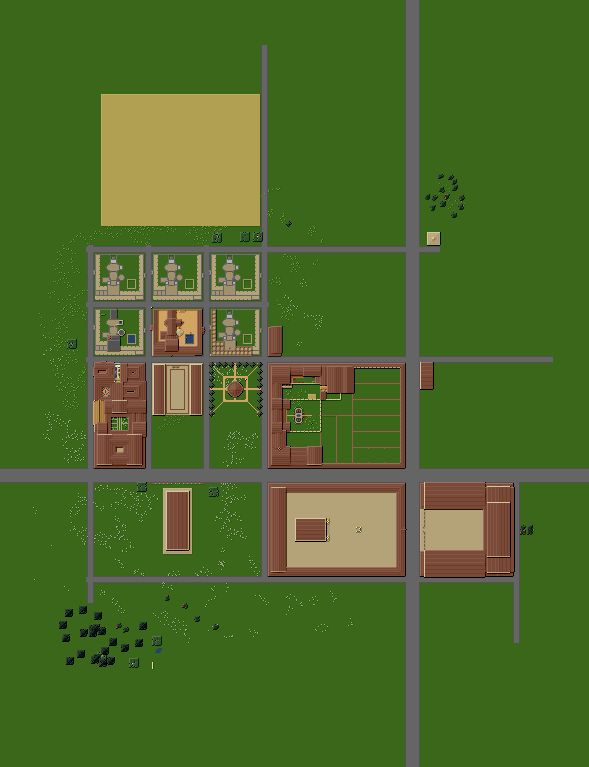 You can see that the settlement grew somewhat unplanned as the nucleus was the roman bath with the welcome and info area across the street. To the left and right of my example are versions started by some kids, while the 3 plots behind aren't used in this copy and just show the starter-layout on the ground. You can see me struggling with the city block dimensions. The builtup block on the left side grew out of the width of the baths and the length according to the block to the right. The housing area to the right resulted from analyzing the grid of Colonia Ulpia Traiana near today's town of Xanten and adding info from the roman towns under Trier and Cologne. The forum on the bottom right is pretty much the translating of the design of the forum building from Xanten into something that looks sort of correct in minetest. The main temple area facing the forum and below the large city block just sort of fills in the area that developed.

Things didn't really workout to become a good example of colonial roman city planing and as the welcoming-area and the little park with the round temple did not really have any real life examples from the roman period I decided to completely redesign the city layout.

I had been trying to translate the design of ancient Olynthos into minetest in a parallel project. 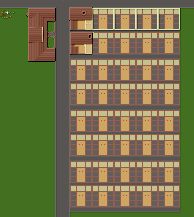 so I decided the new roman town should have quarters that might reflect different parts of the roman empire. So for example I decided to use my greek temple and the Olynthos reconstructions and experiments for a greek quarter in the new town. Likewise I decided to have an italic quarter with all the examples from modern Italy and nearby areas as opposed to an area based more on the buildings found north or west of the alps. I'm not sure yet though wether a more oriental or north african area would also fit in - we'll see.

So here is the new city-grid

you can see the blocks are somewhat smaller as I found several examples of colonial designs with street grids on a way smaller scale than Xanten. Hoping this would speed creation somewhat. ;-) but real-life thought otherwise ...

so slowly but gradually the project is coming along and is still very much alive.
Stay tuned if you are interested on how I started filling the grid, added rustic villas on the outskirts, constructed a theatre, built a palaestra and have started to translate houseplans from ancient Pompeji after I managed to get hold of a complete layout plan of the city in a CAD file.

wow, that big stuff you built there continue like this!
ＯＭＩＣＲＯＮ - pre-release 0.7 "Tweaky Update"

Some time in late 2016 while sitting in an Inn, I drew this plan of the basic town layout and some stuff I wanted to populate an ingame infosystem with.

Any updates on this? It looks really good.
Post Reply
29 posts