Started building the map of Underrail in Minetest. Global Map is pretty good, but my goal is to observe locations "inside".

Made for fun! Enjoy.

Review
Clearly a lot of love was put into the original game and into your recreation of it. It's interesting to explore for a little while, but without any NPCs and objectives it gets dull quite quickly. Also, while the mod set is already not tiny, I could see a lot more mods could being put into it later for an even better environment. For instance you could add Advtrains tracks, since the game literally has the word 'rail' in its title and features a lot of metro stations.

What follows is a list of minor issues and queries to fix and discuss.

I spawned at "Level 8 Agronomy & Pens" which doesn't seem like the start of the game. You should be careful to go back to a sensible starting point when you publish a map.

Level 5 had unknown nodes 'mesecons_lightstone:lightstone_gray_off", probably from a missing or disabled mod.
Some free advice about project management
Please don't include zip files in a git repository. A project as big as really benefits from using git effectively. I know, it might sound a bit pedantic and you didn't ask for my advice. But it's freely given, free to ignore.

You have a game directory and a world directory. Okay, that's a start. Split the game and the map into separate git repositories. You can play the game without the map, it's not a direct dependency.

Ideally you should manage your game mods like pandorabox-mods with submodules or subtrees. Any custom mods you make for the game can have their own repositories and be added as submodules in this game mod.

Finally, you need clear instructions on how your project is both a game/modpack and a map, and how to install it. You can put your game on ContentDB and.. well there's no map section on ContentDB so it has to stay here.

If all this seems overwhelming, realise it will take a while to learn. It's also not the only way; you could also take a simpler approach like Karsthafen and distribute the map with a worldmods directory. Version control can definitely help you though, so think carefully

Finally, since the author included no screenshots, here's a freebie so you know what you're getting into. 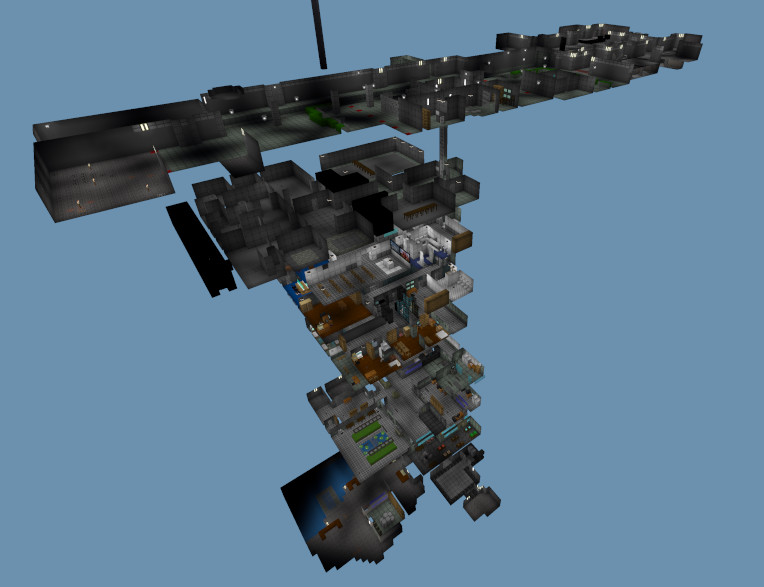 Blockhead, thanks for constructive critics. Git repos are reorganized, metal crates soon will be in modpack.
Post Reply
3 posts • Page 1 of 1