Hello,
Here is the second Minetest incarnation of a baseball stadium I have been building occasionally for years, Candlestick Park. Candlestick Park was an infamous stadium in San Francisco, CA known for blowing trash, unruly fans, bothersome wind, fog, and temperature drops during summer nights. I loved the place as a kid. The San Francisco Giants played there for several decades, the 49ers played there until recently, and the Beatles even played their last concert there.

This one was converted from Minecraft using sofar's mcimport with a modified content file. This build is based primarily off historical images from Google Earth, since the actual baseball park was torn down. Some things didn't convert from Minecraft, like the carpet I used in the parking lot and roads for lanes, but I intend to keep working on this in Minetest since the Java 8 that Minecraft runs on no longer gets free security updates without an account and openjdk 8 has been deprecated by my OS version. 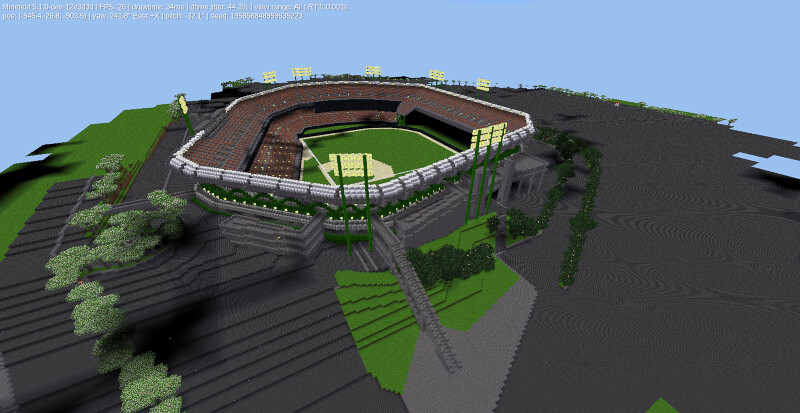 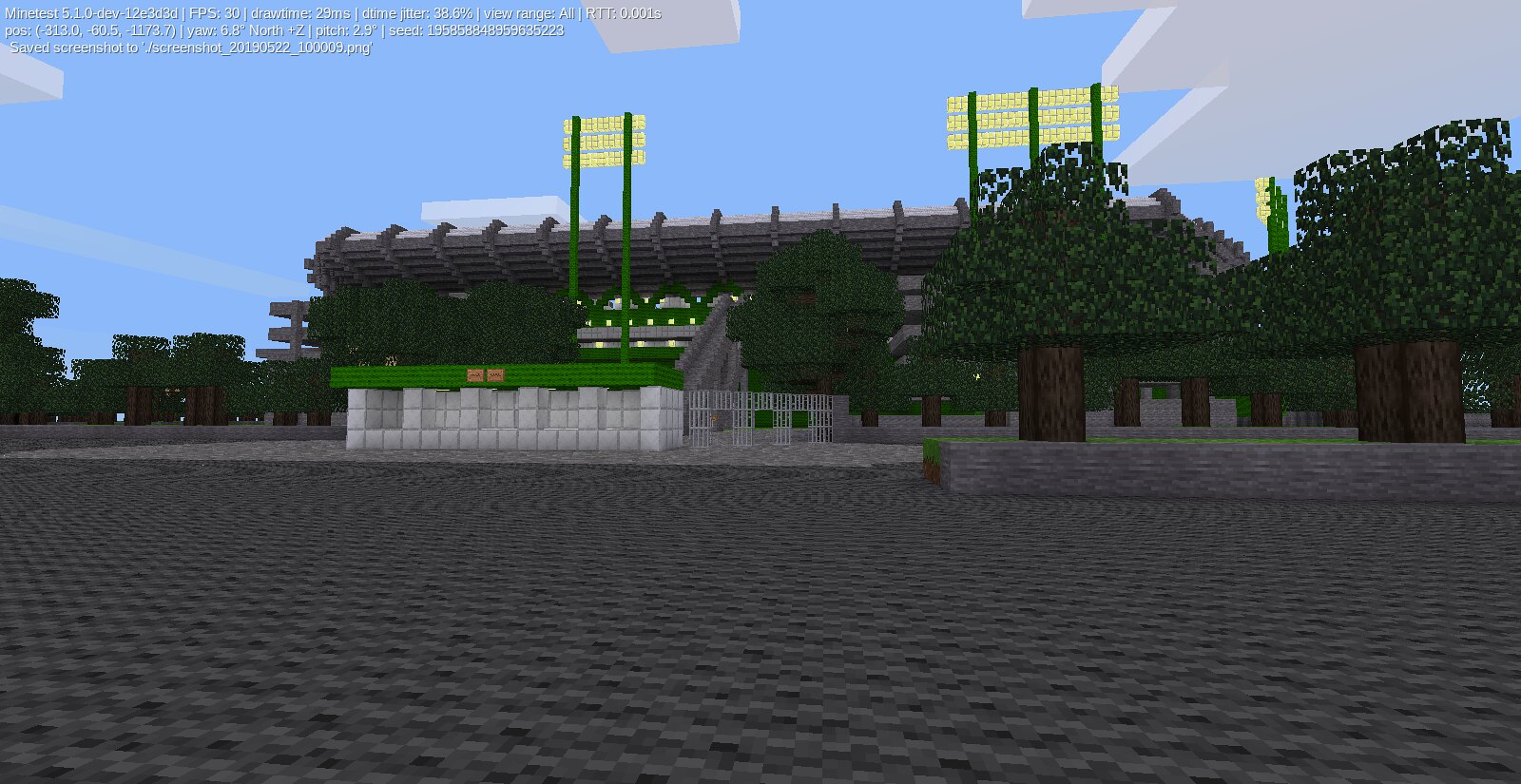