so does your code

by lkjoel
Well, everyone (including me) is complaining about the speed, so I'm thinking of making one last mod release of this (it will be stable, and should work fine for now), and then I'm going to port the mapgen part to C++. The mod will still exist, but it will require some patching of the source code, and, of course, recompiling. I'm also planning to add a portal API (probably a mod) so that people can make other worlds, like say the ether, the end, etc...
If you don't want to patch and recompile, just switch over to minetest++ (this is a great way to advertise ^_^).

Anybody has questions or comments about this?
by lkjoel
Here is a preview of the last LUA release (the enderman is not yet inside). Sorry about the bad lava flow, my computer is overloaded with apps lol
A couple of pics about the ominous Throne of Hades (now with a mountain!): 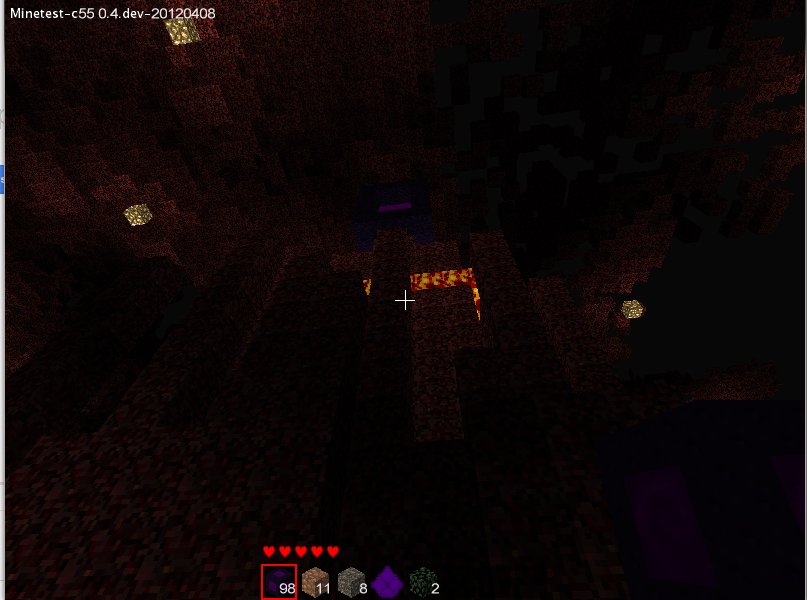 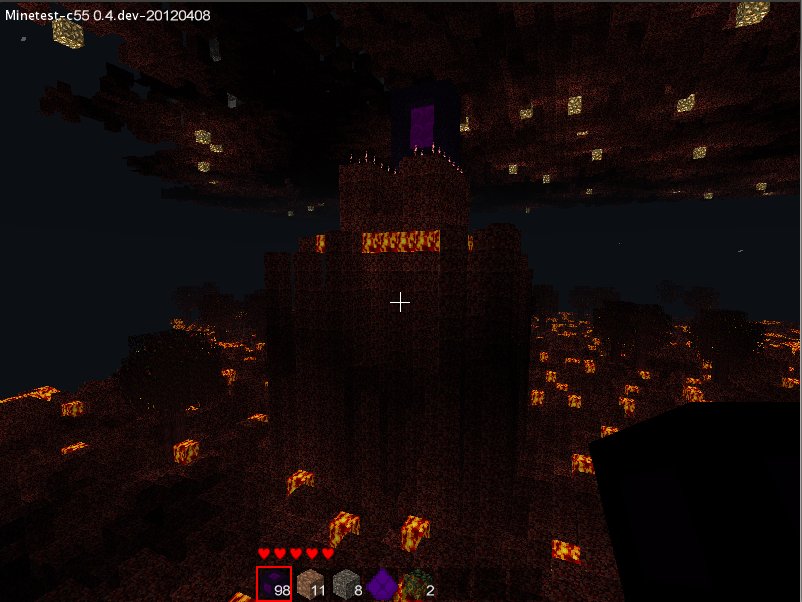 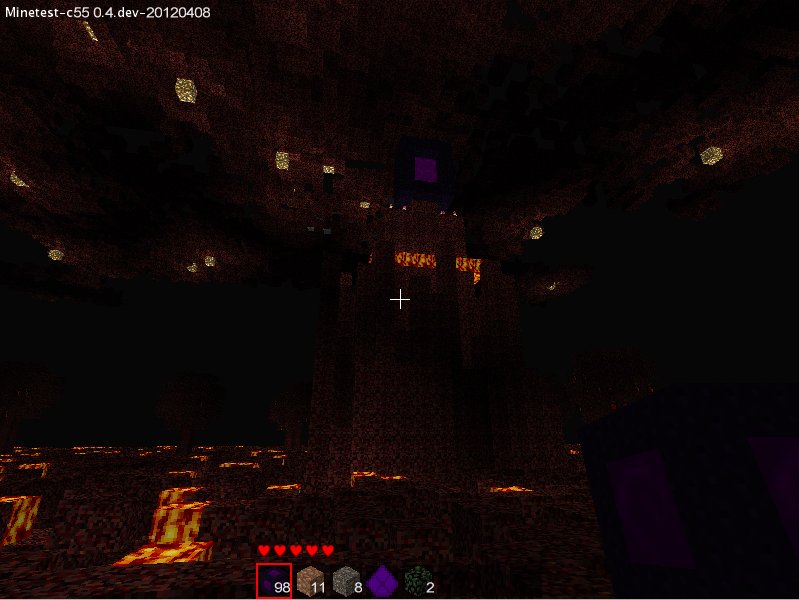 And as you can see, the terrain generation is much improved: 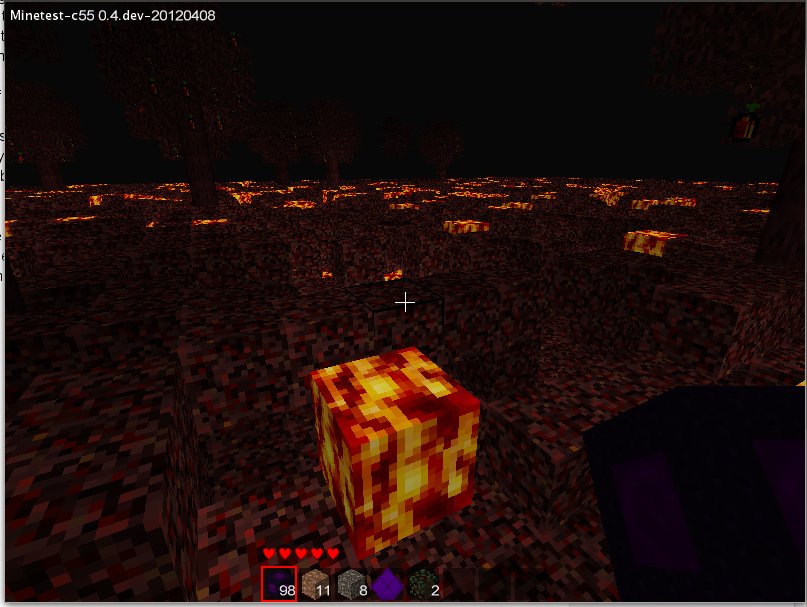 by Jordach
far left tree has a Normal apple.
by JoseMing
ammm, it works in 20120122?
by z10N30NC1UB10z
wow very nice!!! also wanted to ask the same question as JoseMing
by lkjoel

Yep, once in a while (I think 1/10 chance) it gives a normal apple. It's intended

I'm not sure. I think it should work, but you can check that.
by LolManKuba
Idea for a rare block "Esem"
by lkjoel
Esem? What's that?
by JoseMing
this doesn't work in dev 0.4 20120122, i tried but it launch me a error
by lkjoel
What's the error?
by LolManKuba

It's mese spelled backwards and it's supposed to be a rare block for this mod?
by JoseMing
the error is 14:45:24: ERROR[main]: Server: Failed to load and run C:\Documents and Settings\Administrador\Mis documentos\minetest-0.4.dev-20120122-1-win32\bin\..\data\mods\nether\init.lua
by lkjoel
does it give any more info @JoseMing?
@LolManKuba: Hmm...
by Stef
make a new block or ore (example netherbrick,netherstone,netherplants,nethermobs
by minetestaddick
i cant craft the rods becouse in my obsidean mod folder it dont have the texture for the stuff it says you can craft if you did this on purpose plz reput it back in or show me a way to egt it in a totally new mod

by lkjoel
Sorry for no updates, the project has been delayed, but will be finished soon and integrated in blockplanet.
URL: https://github.com/MiJyn/BlockPlanet/
by babe223
I know I'm asking a lot to you who made the mod will be more nether you can do the mod aether I can do if you want the textures

excuse any errors of english because I'm Brazilian
by lkjoel
Yes, I'm planning on doing that, once I get the mapgen in C++ (and get some better formulas for it :S).
by LolManKuba

There working on it...
by lkjoel
Does anyone have ideas for the mapgen? I'm thinking of just writing it in LUA and ignoring the speed
by thelazurite
@ikjoel
Maybe look at the Default minetest Generator and build ontop of that. It might possibly make generation faster?

Also, i think the nether looks cool in purple lkjoel wrote:Does anyone have ideas for the mapgen? I'm thinking of just writing it in LUA and ignoring the speed