Yes, i did try that, it just means clicking however many times. I never used the shift-click inventory transfer a lot, but have been doing so recently.

Further on mobs: They stopped generating. I even created a new world and have had no mobs at all running XE 7.6. Is this being developed with 5.3.0-dev / RC?

I also realized that along with pebbles, all the stone spikes disappeared. Not just the ones i mined, but spikes and pebbles in caves i was in partway but hadn't mined yet also disappeared.

its no idea to try xe on the dev version yet, cuz those often causing weird bugs that disappear until the release.

I made a parkour tutorial need other tutorials?

the buttons in left corner is a mod i made for the tutorial, is toggled off in the mod itself

Oh cool, i will definitely check the parkour tut. I had discovered a great way to die is to run too often near stepped nodes or walls. :D

Mob spawns: OK that would explain it. I wondered what was happening, and felt like a cheat while exploring without constant threats. :D

its no idea to try xe on the dev version yet

Fantastic. I tend to lag behind, and have little interest in the bleeding edge unless i was specifically testing a thing.

those are extremly dangerours and eats their enimies, even immortal players, the magma and stone version is destroying everything around them.

If you suspect you are near one, just get away from there! those have 2000-3000 HP - nearly impossable to kill without right thngs

dont play with the fire! Thanks for the parkour tutorial, the key display is helpful to me for avoiding trouble. :)

The new mob titans look crazy. Also, that was a very quick (and very fine point) update to v8 while i was poking around. (Also makes me regret not capturing 7.7 and 7.8. I don't know why, it's just how i am. :D )

These titans will add yet another layer to the survival-gaming. I have very much enjoyed some of the more... surprising tings to look out for. :D :D (No spoilers from me, though.)


Edit: I still don't know what happened with the disappearing glowing pebbles and stone spikes (from inventory, ones i had placed, and apparently any which existed in caves previously loaded chunks). I had to go to chunks which had not loaded before to find any. I tested importing v7.2 and v7.51 worlds into v7.6 and have not been able to replicate it, which is good!

XaEnvironment 8.01 seems to work with Minetest 5.3.0 release candidate 2the item drops caused lots of crashes, but seems to be fine now, i hope

except this, i was on the beach in yesterday and recorded some sand & gull sounds, and added "heavy" steps sound to the titans: now you can prepare to be terrified.

Here are some dumb things: Glass doors, maybe coloured glass, obsidian glass. Some things to do with the whole dye table system beside dyeing wool nodes. Maybe make it so one can dye "piece of cloth" and make it placeable on floor/wall/ceiling. Alternatively, allow wool to be crafted into a stack of "carpet squares" which would also accept dye as wool or after crafting the "carpet".

I'm not the biggest builder or decorator when it comes to games, but people like these things, they add a bit of colour, and gives the dye table some purpose. (I don't mind wool nodes, but something as thin as the hitbox of jungle grass would be better for a lot of uses.)

Glass doors would be a treat, though. See what's outside before opening a door to death incarnate. :D

Something i haven't seen before: tempered glass. Harder to break, explosion-resistant, whatever.

Also vineyard knives, i never really got the point of these. Now, if they mined snappy but did not mine crumbly, that would make them special. I don't know if that is even a doable thing.

Last thing, i promise. :) The hawks. The hawks act like they are aggro 2 and not aggro 1, attacking anything they see including the player. Wolves like their birds and fish, but even they are not so aggressive. Hawks unrealistically kill you by pecking your armoured ankles 4 times. Really, they are scarier than the new titans. Piranha and pike, sure, i get that, even if they are a bit extreme. (A boat might mitigate them a tiny bit, but i promised i was done with ideas, lol.)

For more creative idea rather than tweaks, i will think about it. Overall the game is a great lot of fun. Nice work on this.

i have same problem, but good that you point it out.

is made to pick plants and leaves, those can be really fast.

hawks reduce 4 damage to 2... and yeah, even all kinds of animals with a beak hurts well the damage was oddly too high.
the hawks like other somewhat aggressive animals that are hungry are attacking everything that could give them food, even players, but still annoying sometimes


just post all your ideas, the most things i added to the game is while testing things or is needed (currently have 22 ideas).
the game becomes better if things are added that people also actually want to be added
XaEnvironment Mods content repository

AiTechEye wrote: animals that are hungry are attacking everything that could give them food, even players

Not particulary bright of them...players are not that good as a food source. In contrast to other mobs in the game, they usually come armed. And even if the mob defeats them, they tend to come back! Any truly intelligent mob ought to FLEE from players :-) Only those with some in-built protection (and some rewards the player may be eager to get) might dare to approach :-)

Perhaps a nice hat could help against those overenthusiastic hawks..
A list of my mods can be found here.

is made to pick plants and leaves, those can be really fast.

Yes, i use them most for weeding when i think of it. I have always wanted a tool that does not mine soil while mining plants (especially for crops on farming soil, but that is a non-issue in your game).

now they are,.. drops flesh 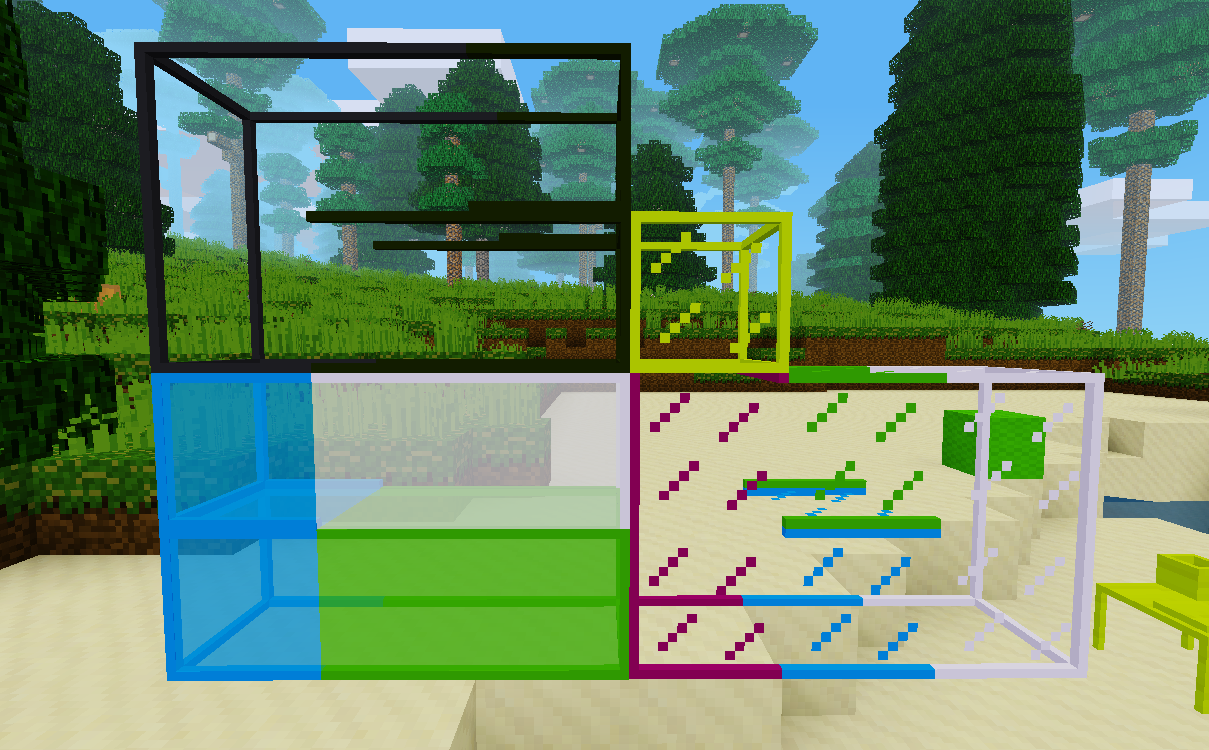 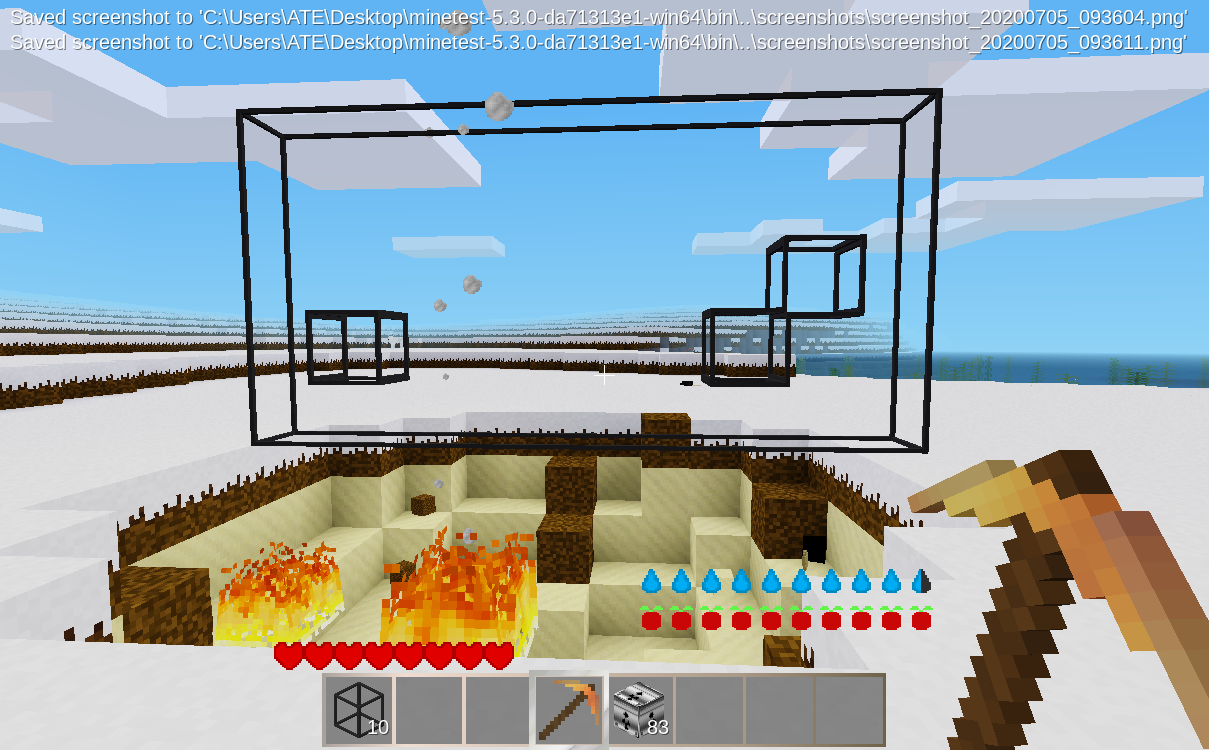 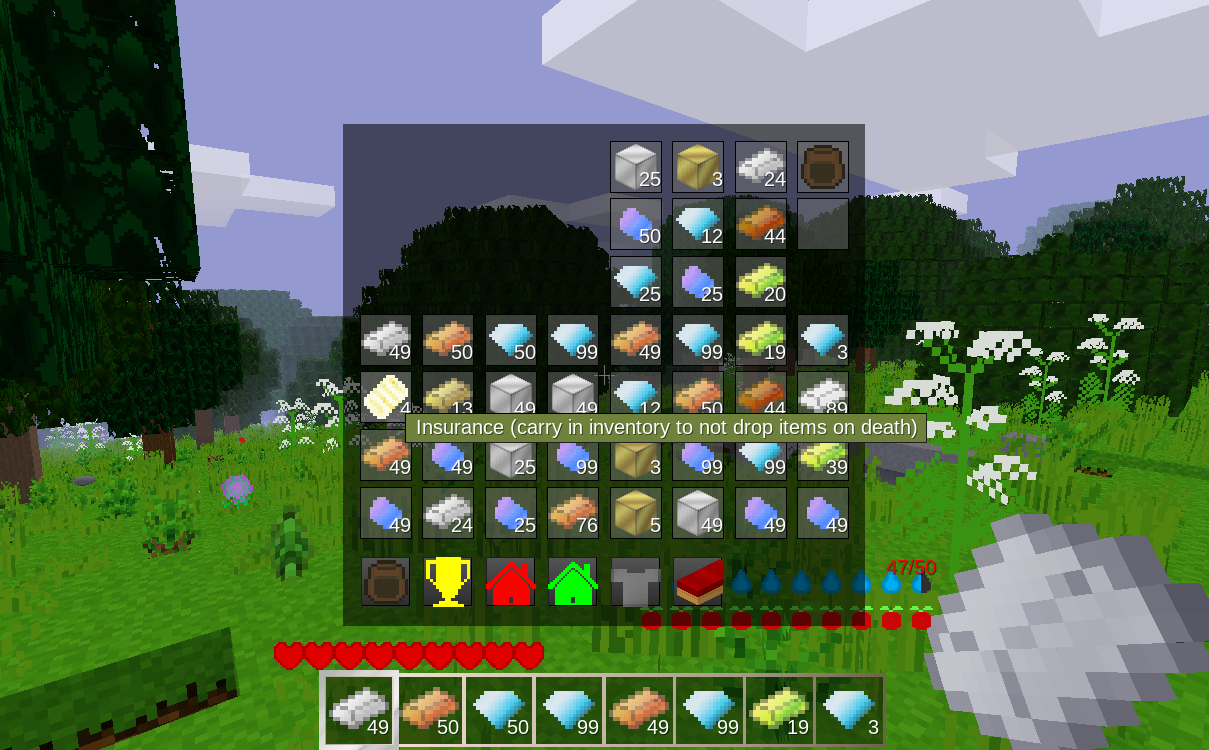 added "store" - a simpler way to get stuff, if you collecting enough of coins.
you finds the store on the coin button in your inventory, you can get coins from achievements and mobs drops.

the store contains a collection of items that can be messy to make or find, or special items Sokomine wrote:
...players are not that good as a food source.

now they are,.. drops flesh

And you know some fish or bird is going to eat it and run away. :D

raining and have not much to do :)
XaEnvironment Mods content repository

just hold/use to charge the orb, release to fire it, it can take 1000hp if the orbb is fully charged (a whole battery) and if the mob/player are center of the explosion 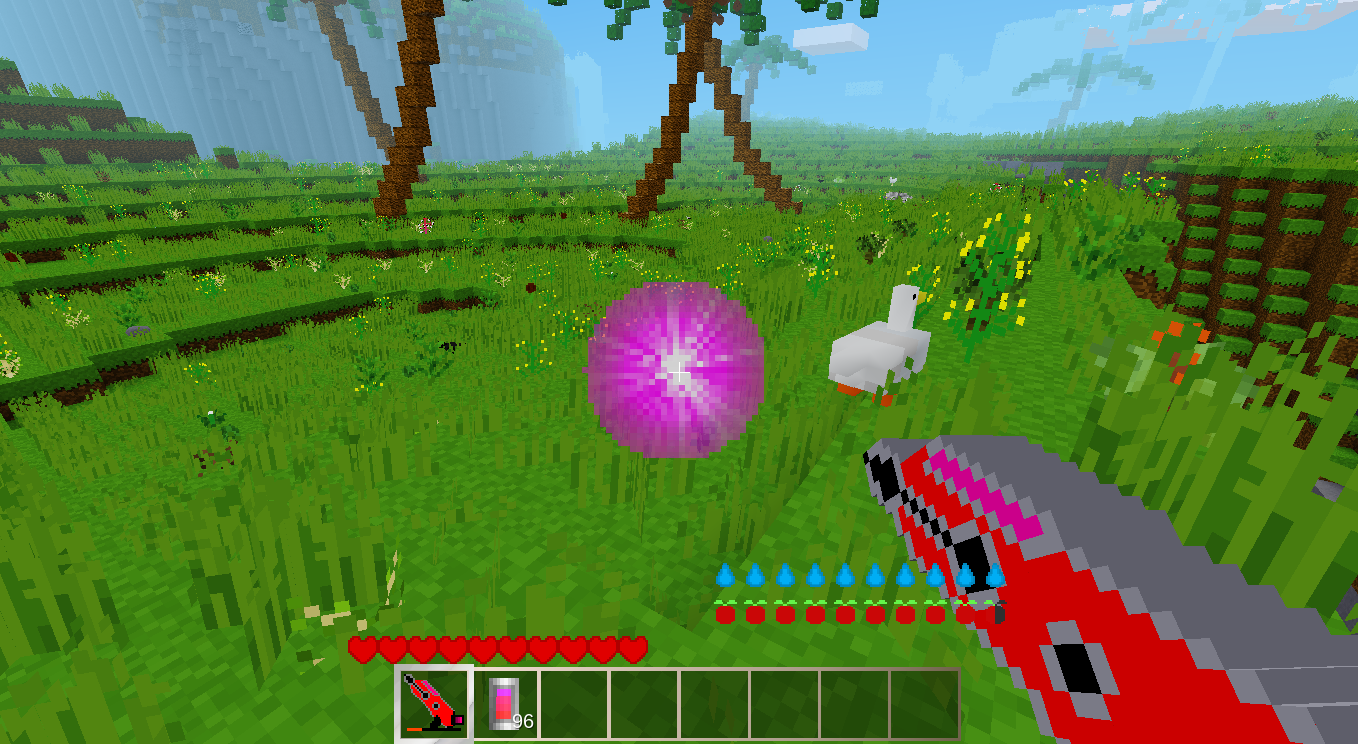 finnaly villages!
its more to add, but it works fine