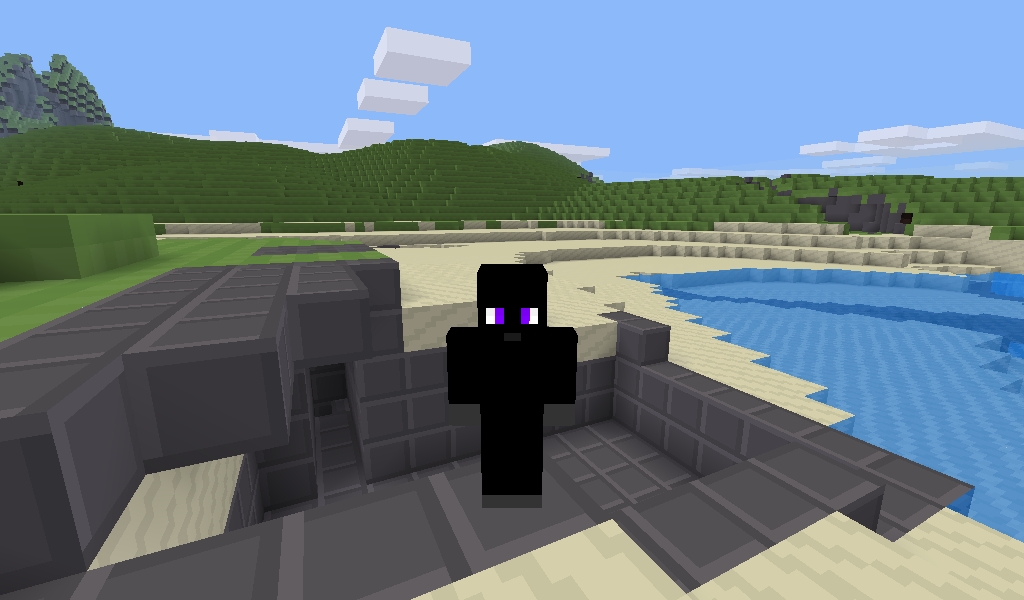 Most of the contained mods are derived from Minetest Game mods. The rest are created by me.
Minetest Game forum thread viewtopic.php?t=9724
Minetest Game repository https://github.com/minetest/minetest_game

I have orientated this game towards what seems the most common desired content:
* The 3D player model from Minetest Game.
* Support for all non-V6 mapgens, and their features such as dungeons, cave liquids and the sloping rivers of some mapgens.
* Loosely realistic Earth-type biomes that vary suitably with altitude, including dry land, sloping rivers with river water, beaches, seas, sandy seabed, water-flooded caves and magma deep underground.

Alternatively, this game can simply act as example reference material to help someone create a new game.


The rest of this post is the game README.txt file:

This game is intended to be one example of minimal requirements for a Minetest Engine game, while still supporting all non-Mapgen V6 mapgens and providing a minimal number of biomes with appropriate vertical variation.
The intention is to help others and myself create completely new games.

This also suggests a good mod structure, as opposed to the problematic structure of Minetest Game, which has most content in one large mod. It is better to divide content into several mods that correspond to the distinct elements of the game.

The 'light' mod is only provided to illuminate caves and dungeons during testing.

In the 'game.conf' file, mapgen v6 is set as a disallowed mapgen.
Mapgen V6 is very different to all the other mapgens, it has hardcoded biomes and does not use the Biome API. Due to this it makes game code far more complex and more difficult to maintain, the mapgen also misses many features.
I recommended that games do not support Mapgen V6 for these reasons.
This document is written assuming Mapgen V6 is not supported.

'media'
Contains textures and sounds that have no suitable location anywhere else:
The node-digging progress texture 'crack_anylength'.
The 'player_damage' sound.

'mapgen'
Contains the mapgen related stuff:
Terrain, water, cave liquid and dungeon nodes, their textures and sounds.
Mapgen aliases to tell the engine mapgens which nodes to use.
Biome registrations for one vertical stack of biomes.

'light'
Only included to provide illumination for testing.
Gives 64 lights to a new player.

Since MT 5.0.0, dungeon nodes and cave liquids are defined in biome definitions, so now only 3 mapgen aliases need to be registered: stone, water, river water.

The 'grassland' biome stack in this game consists of:

"grassland":
Dry land of dirt with a grass surface layer.
Extends from beach top up to world top.
Any flooded caves contain water.

"grassland_sea":
With the sand of beaches, lakebeds and seabeds.
Extends from beach top down to y = -127 to contain most sea depths.
Sand may occasionally appear in caves due to how mapgen works.
Any flooded caves contain water.

"grassland_under":
Meaning 'underground'.
Stone only, below most sea depths.
Extends from y = -128 down to y = -1023.
Any flooded caves contain water.

"grassland_deep":
Meaning 'deep underground'.
Stone only.
Extends from y = -1024 down to world base.
The depth where magma appears, any flooded caves can contain water or magma.

'creative_mode' mod contains:
init.lua:
minetest.override_item() to override the hand.
minetest.register_on_placenode() for placing unlimited nodes without removing from inventory.
Redefinition of minetest.handle_node_drops() to prevent dug nodes being added to inventory if already present.
Creative inventory and per-player creative mode are not included for simplicity.
Players can use chat command '/giveme' to obtain nodes they want to place, and can drop an inventory itemstack to clear space in inventory.

seems all my flora and fauna mods I have installed depend on default in some way or other
interesting
I don't quite understand the need for the own character texture though.

oops, some of my own mods have dependencies I hadn't noticed before
interesting indeed

so this is not about collecting some other people's mods and calling it "the game I made"
this is really a basis you would have to actually add own creative work to get a game.
interesting

twoelk,
EDIT: Sorry, i think i misunderstood what you meant. But anyway, i prefer to not add an in-game help/information system.
Last edited by paramat on Thu Feb 20, 2020 02:12, edited 1 time in total.

So you unpublish the Mount Meru mod because of this? :(

I have added new text to the first post to clarify some stuff. See the sections titled 'The intention of Minipeli' and 'How to use this game'.

New version released for use with MTEngine 5.2.0.

I been adding trees and plants to my copy,
was wondering how to add a plant that will generate with the papyrus
but not collide with it?

I copy papyrus from MTG default mapgen for the new plant as well as payrus;
but my new cat tail plants sometimes 'over write' the payrus and leave them floating above new plant.

Ultimately, I want them to look mingled.
Right now they look just side by side when generated
or a row of one in front of the other.

I tried using different 'spawn' surfaces but they look even more seperated. 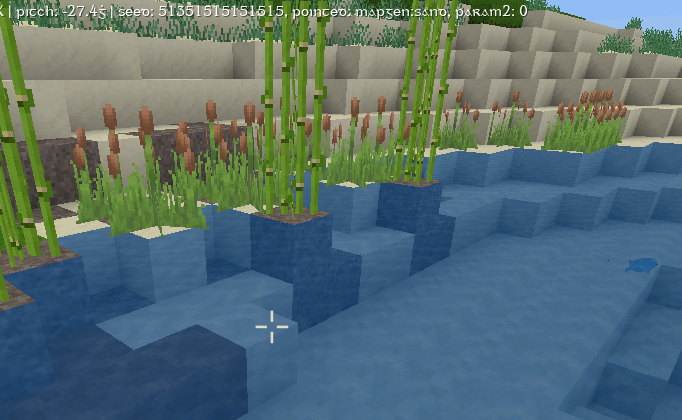 > my new cat tail plants sometimes 'over write' the payrus and leave them floating above new plant.

Good to see you using this game =)

It's been a nice starting point for building a game.
I think I am getting carried away with all the different trees tho. 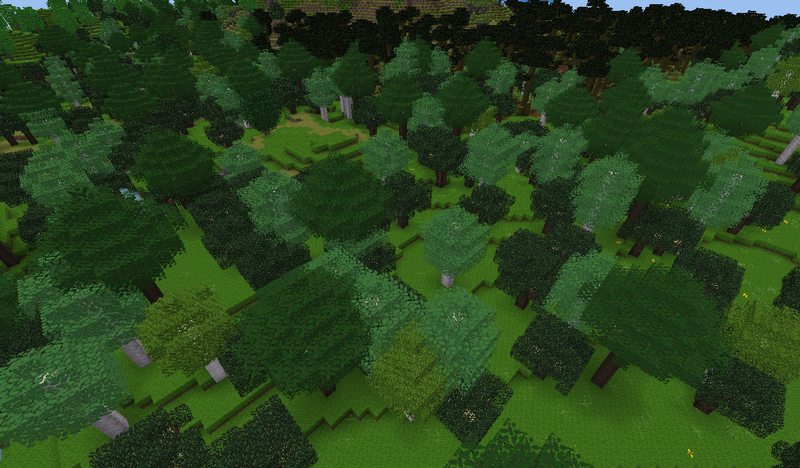 
thanks for the tip, my plants are generating correctly now.
"Defects are always more tolerable than the changes necessary to correct them"

Napiophelius wrote: It's been a nice starting point for building a game.
I think I am getting carried away with all the different trees tho.

Trees are good :-) Glad they're growing in your game. Reminds me that I ought to maintain and update my trees_lib mod eventually...so much is common for all trees...

The plants also look nice (from existing mods?).
A list of my mods can be found here.

Napiophelius wrote: It's been a nice starting point for building a game.
I think I am getting carried away with all the different trees tho.

Trees are good :-) Glad they're growing in your game. Reminds me that I ought to maintain and update my trees_lib mod eventually...so much is common for all trees...

Thanks.
I included most of plants and trees from MTG, plus added some.
I made schematics for all the trees from the old Forest mod by Gael De Sailly

I use your "lakes' mod in the game and the cat tail plant was made specifically for that :)
the ponds look nice with lots of tall grass and papyrus.
"Defects are always more tolerable than the changes necessary to correct them"

starting a world with Minipeli (or a game based on it) in creative mod makes no difference.
i guess i need to include the "creative" mod from MTG, but it depends on "default" and i have no idea why...

how can i get the creative inventory into Minipeli?
=(^.^)= nyan~

The cleanest solution would be writing one by yourself.
German Let’s Play Channel | Officially released content

firefox,
minipeli used to contain a slightly edited MTG 'creative' mod (plus MTG 'sfinv' mod on which it depends).
See the code at this point in history https://github.com/paramat/minipeli/tre ... 37d7d0de67

However that does add a lot of complexity, some of which may be unnecessary.
I did not attempt to rewrite and simplify 'creative', it would be best to do that.

However that does add a lot of complexity, some of which may be unnecessary.
I did not attempt to rewrite and simplify 'creative', it would be best to do that.

my problem was that "creative mode" is activated via the main menu when selecting worlds, but there seems to be no creative mode and it's just a button for MTG's creative mod.

but now i found a solution to get MTG's creative mode working in my game.
using MTG, Minipeli and an old backup of my previous game attempt, i made a new base similar to how Minipeli was created from MTG. (i couldn't continue with Minipeli as it was, because the mod structure didn't fit with what i want)

basically it's an empty MTG in which i removed every game content and only left the player and inventory mods.
i couldn't break up the default mod, so i gave it a new purpose. "default" now contains the formspec, hudbar, sun and moon textures, as well as all sound tables and some functions not related to specific nodes.
this means all mods will depend on "default" for sounds, but there's no unnecessary baggage and i don't have to define node sounds in every single mod.
=(^.^)= nyan~

firefox, your posts got me thinking, and i decided to add a simple 'creative_mode' mod:

Activates in creative mode.
A simple creative mod without a creative inventory.
Overrides the hand registration for special digging capabilities.
Enables placing unlimited nodes without removing from inventory.
Prevents dug nodes being added to inventory if already present.
Creative inventory and per-player creative mode are not included for simplicity.
Players can use chat command '/giveme' to obtain nodes they want to place, and can drop an inventory itemstack to clear space in inventory.

I have always wanted to avoid the complexity of the MTG creative inventory, which would also require the MTG sfinv mod. But i think it is desirable to have at least some functionality in creative mode. This is a compromise that will show game makers how to get basic creative mode functionality.
Post Reply
17 posts • Page 1 of 1