I joined Gabo's server for the first time in months. Looking around, I noticed that nothing had really changed. I checked up on my friends:
/last-login waterboy
<a long time ago>
/last-login Jason
<a long time ago>
etc.
Oh my! Everyone I knew was gone! I sprinted around, looking for any sign of building that my friends had made since my last session. But it was to no avail; everything looked as though it could have moss growing on it.
I logged off after revisiting my maze and talking to some other members. I won't join any time soon.
<gamerdude> I apologize for the above content

programmingchicken wrote:I joined Gabo's server for the first time in months. Looking around, I noticed that nothing had really changed. I checked up on my friends:
/last-login waterboy
<a long time ago>
/last-login Jason
<a long time ago>
etc.
Oh my! Everyone I knew was gone! I sprinted around, looking for any sign of building that my friends had made since my last session. But it was to no avail; everything looked as though it could have moss growing on it.
I logged off after revisiting my maze and talking to some other members. I won't join any time soon.

That was my favorite server too... But now i don't go around servers so much as before...
Oi

Sergey wrote:I remember when I first time digged down and reached "emptiness", "blaсk nothing". I did not believe my eyes. I dig stone, another one, another one, then... black window to nowhere. Did I reach the edge of the world? Well, I was on ladder so I did not fell there.
It turned out, I drilled the ceiling of large underground cave with big lake under me.

A picture of a very short story and a link to a longer one: 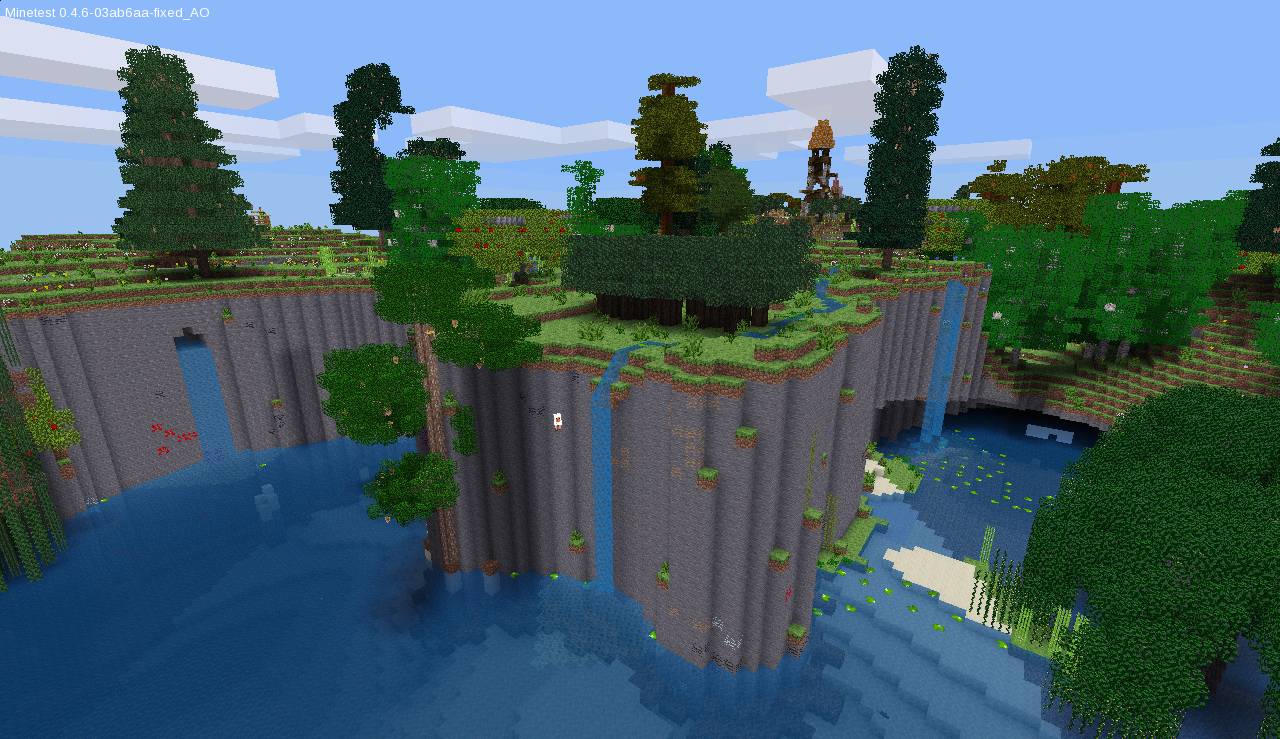 and three posts about another day on VanessaE's creative server around the same time.

firefox wrote:on my first day on Xanadu (old map) i went to search for a nice place.
-snip-

I built nice things, then talked back to an admin and got banned. I made a new account, built some more nice things on the ocean, and tried to tell the admin who I was and that I wasn't going to do anything bad, went afk, and got banned. Xanadu admin sucks.

I was in "axaro's server", a "brazilian" troll tried to kill everybody, i killed him and then he killed me in a way of revenge.
I decide to left the server![/quote]
I remember that server too I wAs one of the richest players
Mhk (mmm-kay) means okay.

Once upon a time, I played a LAN survival server with my brother. I built a good house and had plenty crops to share. Then I found the myth of Herobrine and got obsessed. And one day, I logged on and found a sign on my PROTECTED house's wall. It said, "'I'll get you.' -@#Hij!@E^&jRneOme*&^B&^%$RonefI@#dgN1654tyE-". I was scared 'cause I realized that the capital letters spelled HEROBRINE, but I was also exited. Then a short time after that the server announced that Herobrine joined the game. I saw him walk through my door and try to kill me. He started chopping me with his diamond sword then placed TNT under me and lit it. I died. Then upon respawn I noticed the sign he placed was different. Now it said, "I'll be back." After I left my bro told me he pranked me. He got a Herobrine skin, enabled himself protection_bypass privs (since he's the admin), and signed in as Herobrine. Then when I got back on I found my nice house got turned into TNT blocks. A little later he was a jerk and blew it up. Then I had to build a new house and start all over again. -The End-
plz see my map from The Stanley Parable. viewtopic.php?f=12&t=19944&p=0&e=0

Do you have a sequoia in your pocket or are you just happy to see me?

So I had that new game going on. I had found a large grass plane, a river nearby where I could farm.

Well, then the moretrees trees started popping up. Not too far from my WIP house in an otherwise treeless and almost flat area, a number of giant sequoias appeared.

Since I had woodcutting enabled, I came up with an idea that sounded great at that time: Yeah, let's fell a sequoia.

I ended up running through several axes. At the end I didn't care anymore and took down what was left with my bare hands. Guess why: I had no space for tools left in my inventory anymore. The sequoia took it all up.

The last bits were left hovering. Woodcutting couldn't reach them. I needed the fly privilege to clear them out of the sky. And then I walked home with my entire inventory filled to the brim with nothing but one single sequoia. (Mind you, whenever I fell a tree, I always take all the leaves with me. You never know when you'll need them, and be it as fine-grained fuel.)

Could have built a mansion out of nothing but sequoia planks. But I had already started work on my house with different wood (must have been acacia) that looked weird in combination with sequoia.

This is roughly how I started on the Linuxworks server

I landed at the Origin. The surroundings weren't too spectacular yet. I wandered around, managed to pick up some resources, nothing much yet. It took me a while to discover the /spawn command. Now the cityscape around Spawn was something entirely different.

Starting out on a server isn't always easy. Before you can even think about finding a place where to build something and gather materials, you have to stay fed. Good thing Linuxworks has got a number of beehives from where you can get honey to stay fed in the beginning. So I did, but that wouldn't be necessary in the long run. In those days, mobs would drown or die in other ways and leave edible leftovers all over the Spawn area. I kind of helped clean it up while gathering crazy amounts of meat.

I still remember how Trump killed a cow for me when I met him for the first time so I could have the meat. What he didn't know was how much of it I already carried.

So I got me a tiny apartment where I unloaded my stuff. It also had a furnace. With what fuel I already had with me, I could cook all the meat I had gathered.

But I wanted more. So I started riding around on subways and trains, and eventually I wandered along one of those long wooden highways until I discovered Redwood Island which was still completely uninhabited in those days. One of the trees was standing in the middle of a narrow piece of land between a freshwater lake and the sea. A perfect place to live, I decided and started hollowing it out. Yes, I actually gained lots and lots of raw materials by making me a home.

Towards the sea I began to build a farm (great way to dump surplus dirt), for I had picked up a number of farmable foods on my way, and I would continue to find even more while exploring the area. Nowadays I'm growing more than I'll ever be able to sell (except for hemp and barley seeds), let alone consume myself. The lake wasn't properly filled with water which bothered me; I've corrected that. Easy access to the highway was created in form of a flight of stairs adorned with a portal.

On the Survival X server I used basic_machines to make an :ignore generator, and started selling ignore and other unobtainable items in vending machines. I got in a wee bit of trouble for that one.
Ocular Networks | Trucraft | Guidebook Lib | Poly Decor | Vision Lib | ==> My Site <==

PolySaken wrote:On the Survival X server I used basic_machines to make an :ignore generator, and started selling ignore and other unobtainable items in vending machines. I got in a wee bit of trouble for that one.

Lol, on Survival X I used basic_machines to extract the chess pieces from chessboards, they were useless except for display in an item frame. You could also place items into the chess board giving you a 64 slot chest, problem is you could kill items using the chess pieces, Queen takes 99 stack of diamond blocks is an expensive chess move :)

Hey, remember when I wrote about the Flower Revolution? I have now added an updated version of the text in a bookshelf in the JT2 world at (125, 1, -15).
My creations. I gladly accept bitcoins: 17fsUywHxeMHKG41UFfu34F1rAxZcrVoqH