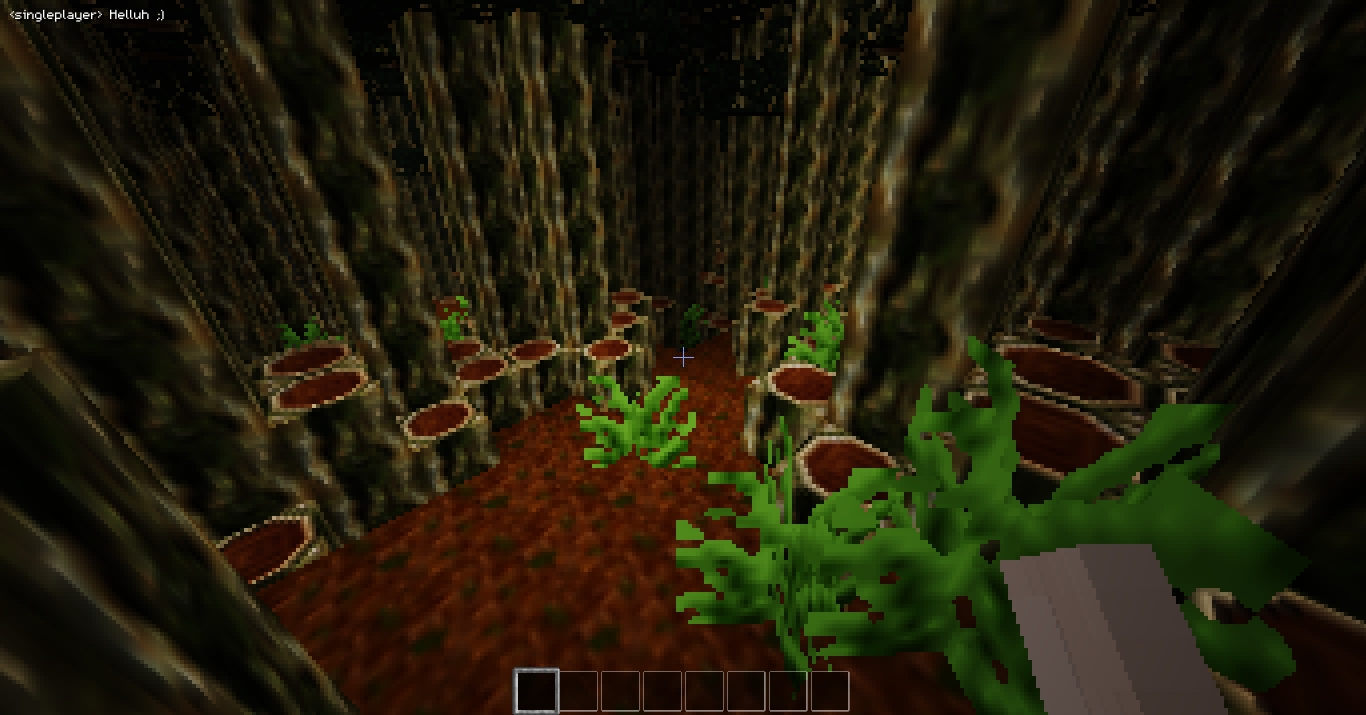 So I decided to play with the julia set this time, these are all from the fractal type 8 (4D "Variation" julia set.)
It took me time to find the values that produce something interesting, as the default ones did not produce anything very amusing.
I have set the iteration level to 20, lowering it might produce more minetest friendly shapes that one can actually play on. All the mapgen decorations, caves and dungeons are removed here in order to better observe the fractal. 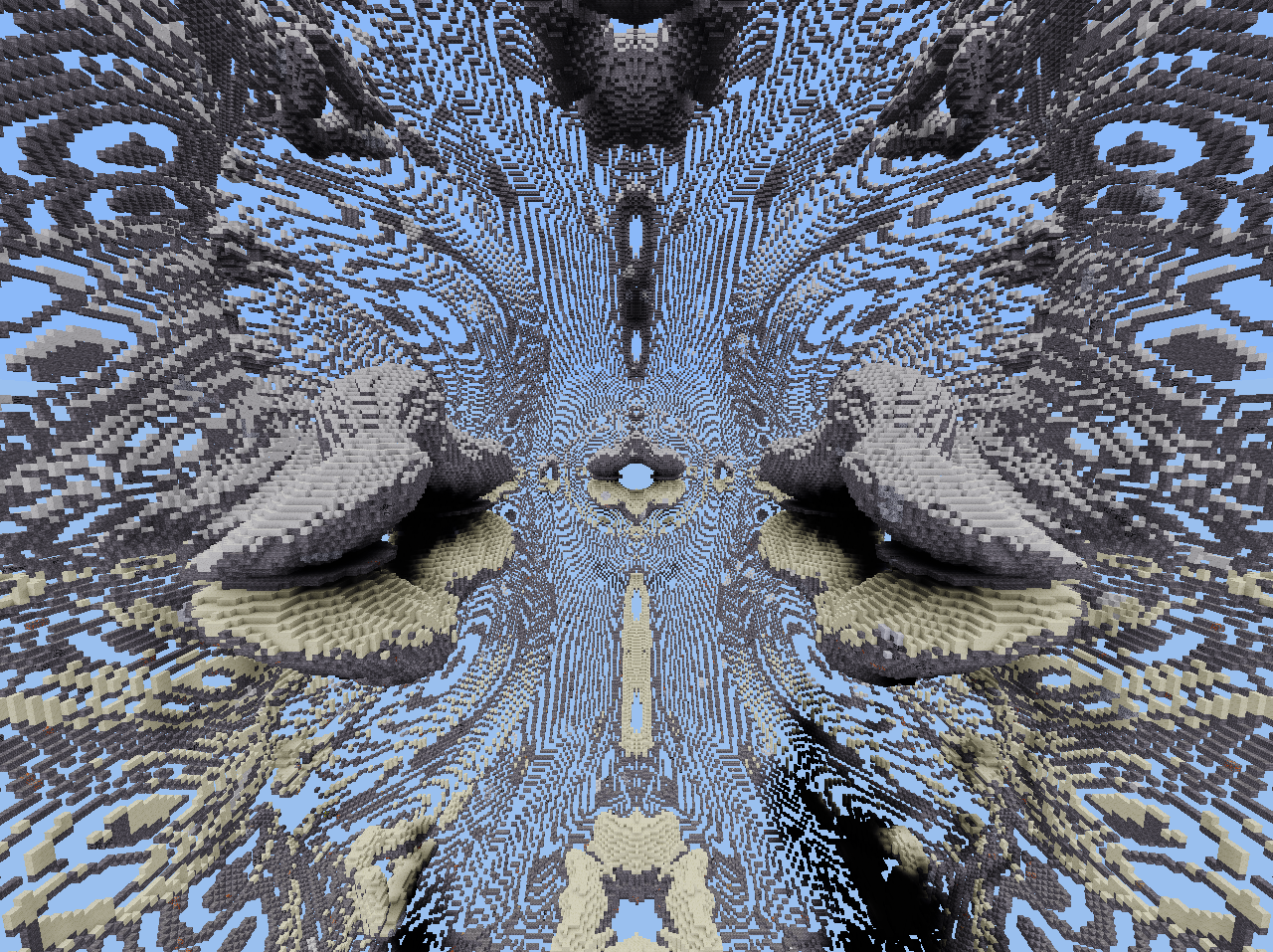 I managed to get something that resembles an overall spherical object, by setting all of the values to 0 (I am here adjusting mgfractal_julia_x, y, z and w values). I scaled the fractal to 128, and set the offsets to 0. This one appears when the x value is around 0.3 - 0.33 (y = 0, z = 0, w = 0), I have never gone beyond that though.
Now, there is this mgfractal_slice_w value that does some very interesting stuff to the 4D fractals (only), they eventually get smaller and smaller. But I am not going to demonstrate that as it requires me to raise/lower that value a lot. But by increasing it as much as 0.1 I got: 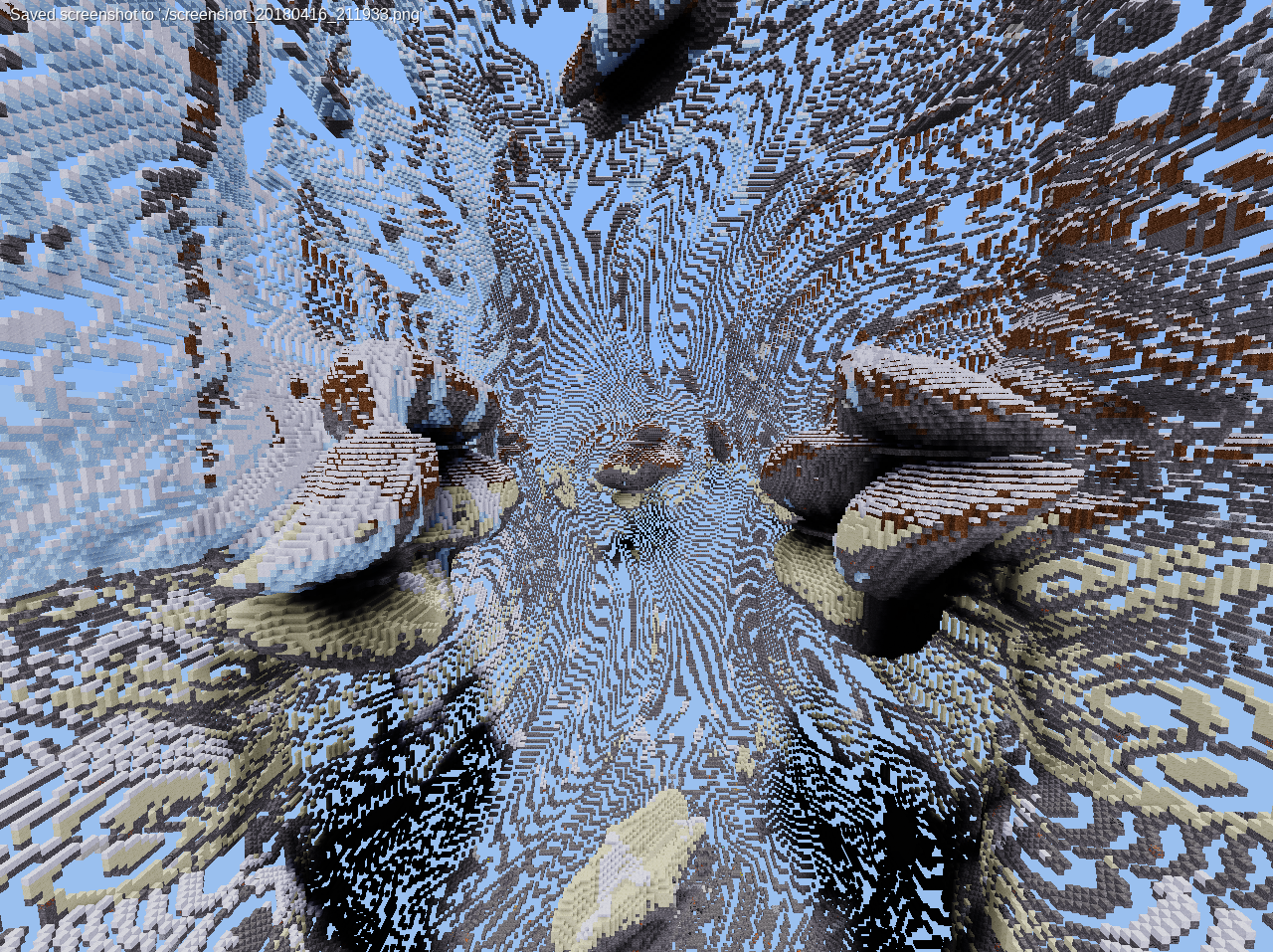 And that fractal changes more and more, rotates the line of symmetry (not even a straight line anymore, this happens a lot with this fractal) and starts vanishing into nothingness.
+ Spoiler
w = 0.2 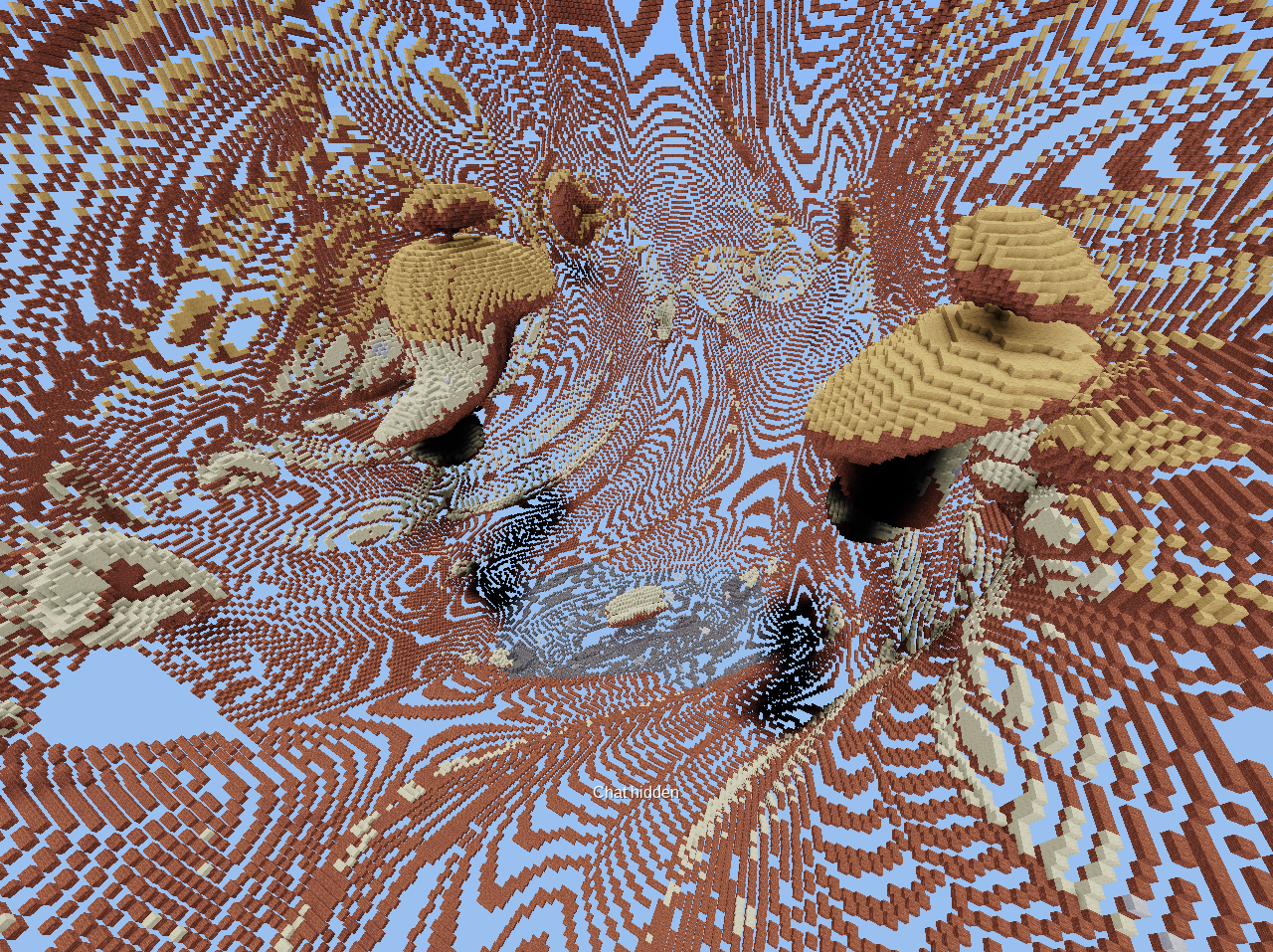 Anyways thats where I lost the point from where I was originally screenshotting.
w = 0.3 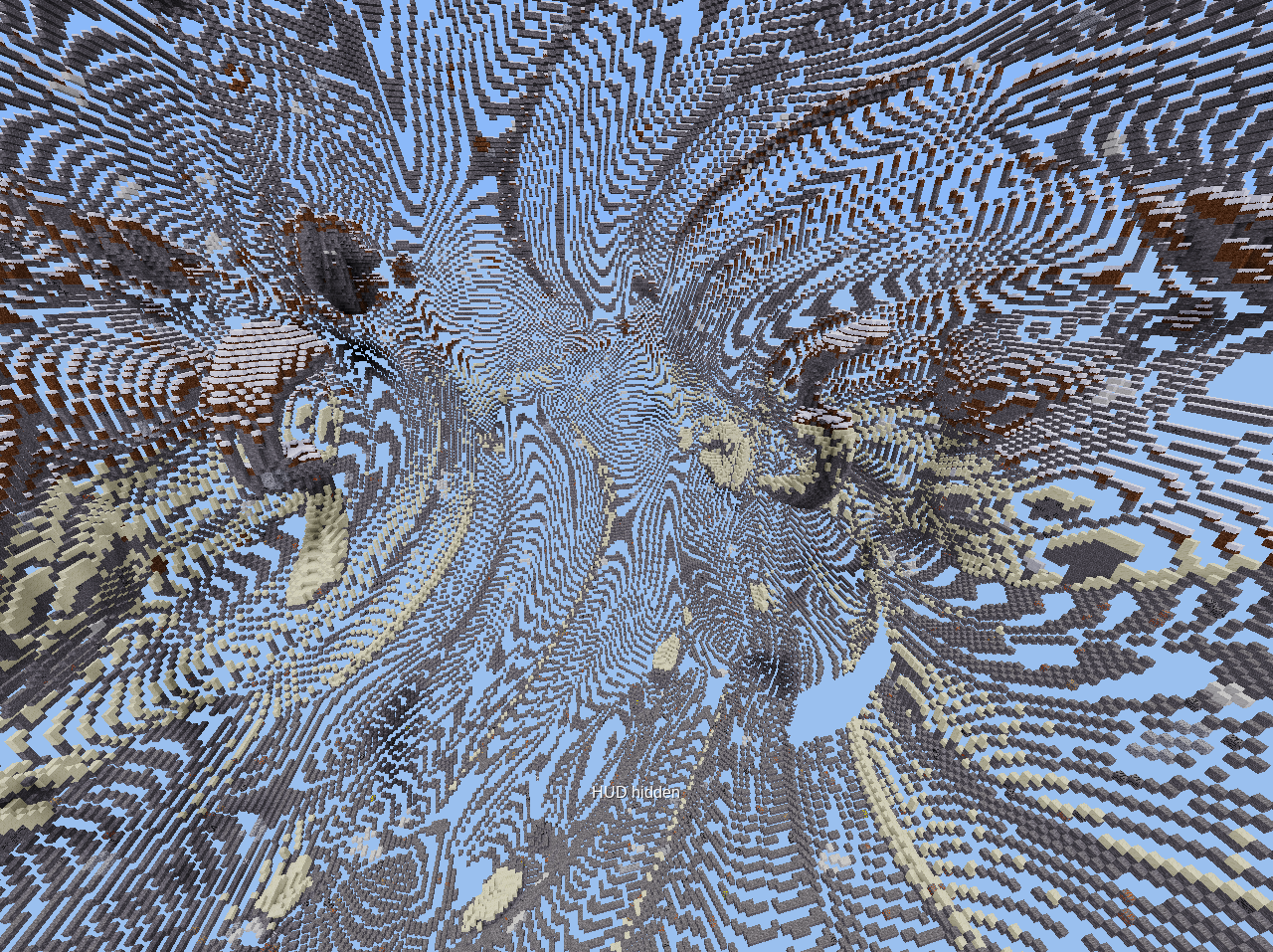 You get the idea of what happens.
After that I experimented with raising the y along with x (which I left at 0.3 as it seemed to be nice).
Raising y made the hollow sphere become filled inside by growing those noticeable formations on the sides towards the inside.
I also observed the change that happens when raising the z and w values. Raising each of these will break the fractal's symmetry. Raising both will not make the fractal symmetrical again, actually it will make it as asymmetrical as it can get. Raising each of these individually with the rest of the values being 0 each will change the fractal differently each (I haven't noticed any similarity in these changes). 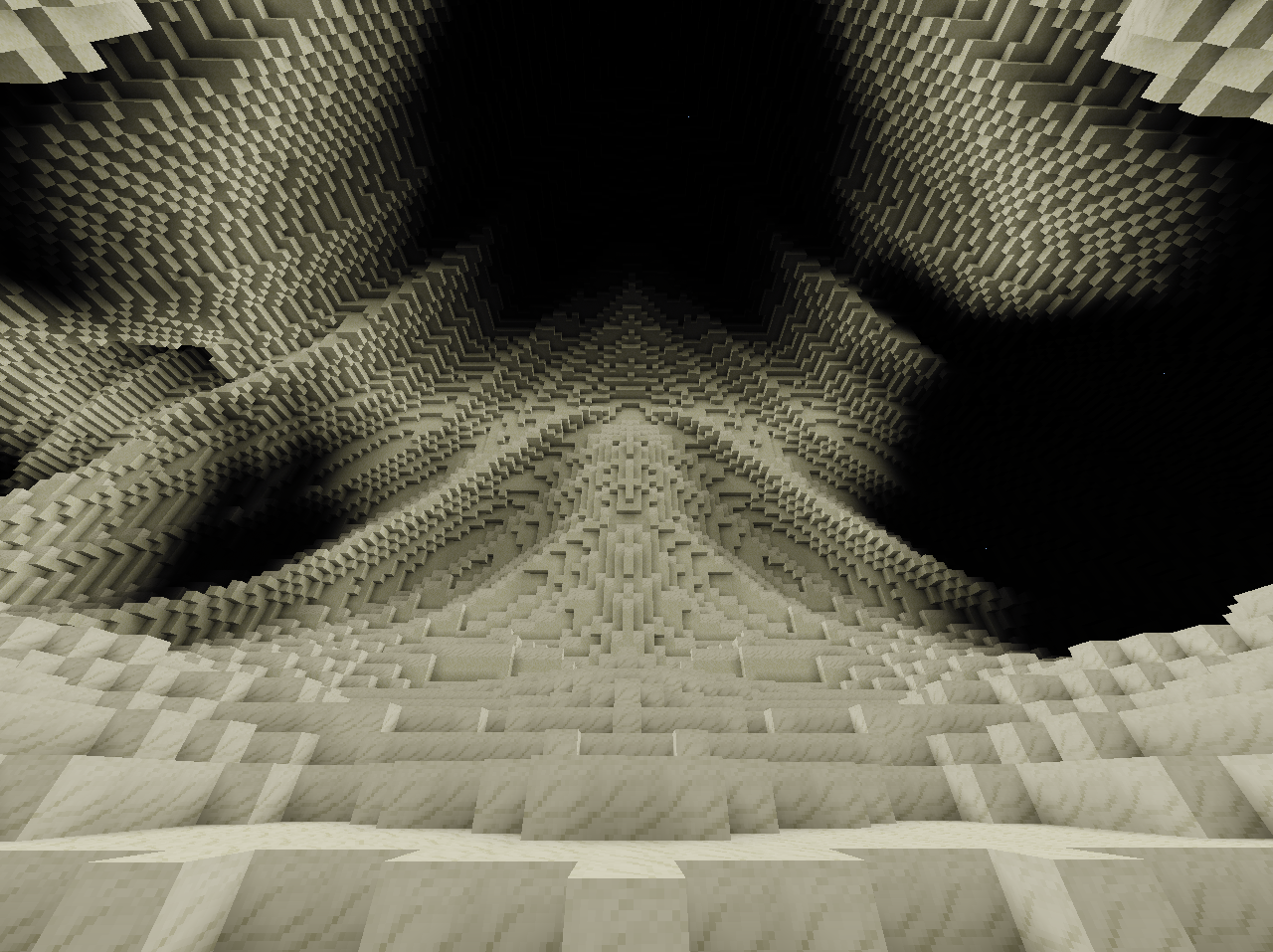 The shape in the center of the screenshot is one of those objects on the sides that has changed beyond recognition. It has merged with the object on the other side forming this land where I stood. (they are actually disconnected at y = 0.017 and below, also at the larger scales)^ 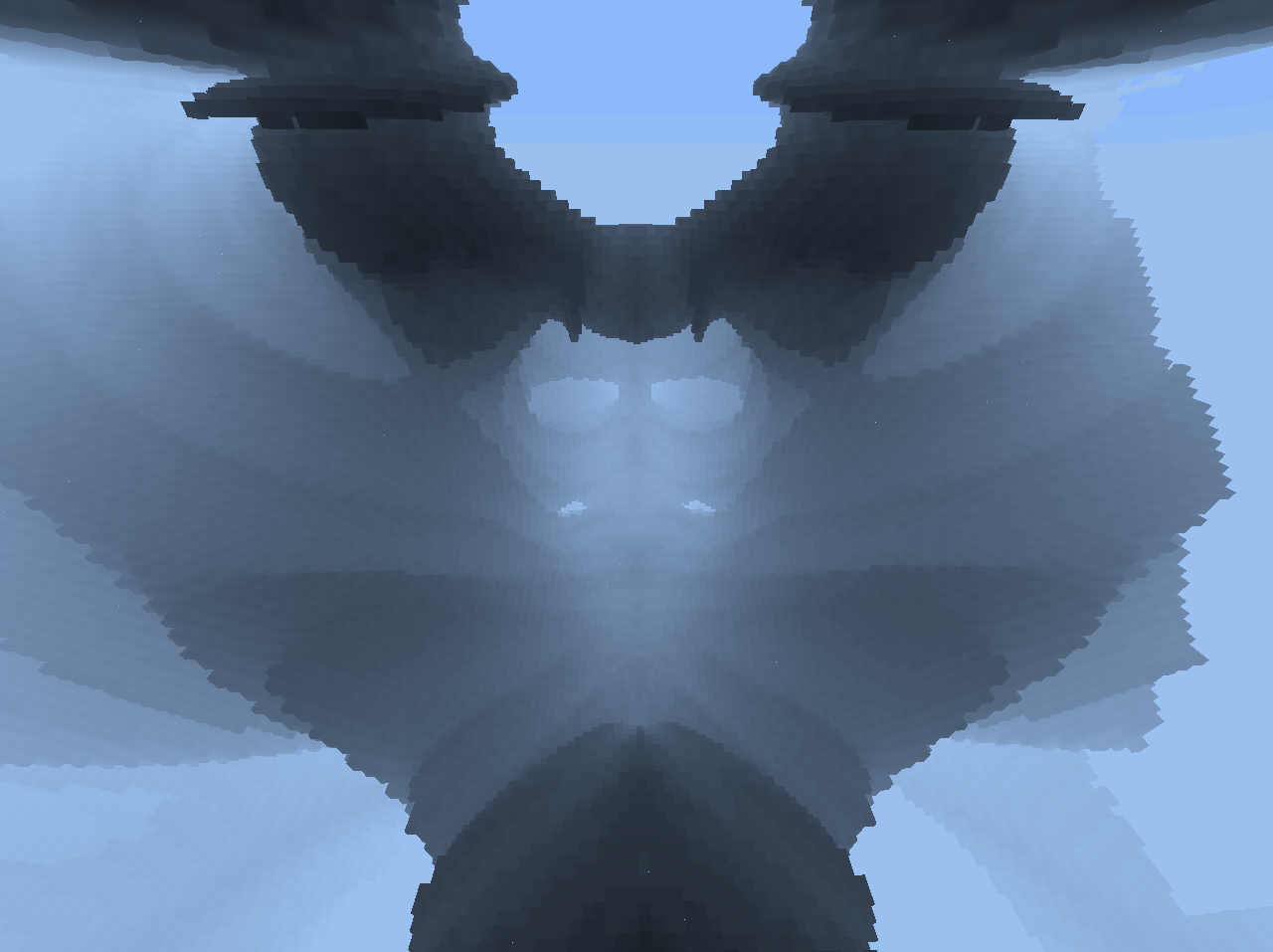 This is another one of those side objects that got even smaller than their discs (the disc structure that can be seen in the middle of the objects on the 1st screenshot). And a pillar has grown below it.^

Anyway, there is just too much to be explored here. And the fact that these fractals are rarely usable as a terrain for minetest makes them even less popular. Also the fact that I probably have no idea what I am doing, but its fun so I don't really care :)
[amber] [conjuration] [warzone] | Why is #minetest-mod-dev so empty?

Re: And more fractals!

This fractal stuff is so cool. There's no way I can find this even more fun to see.
Oi 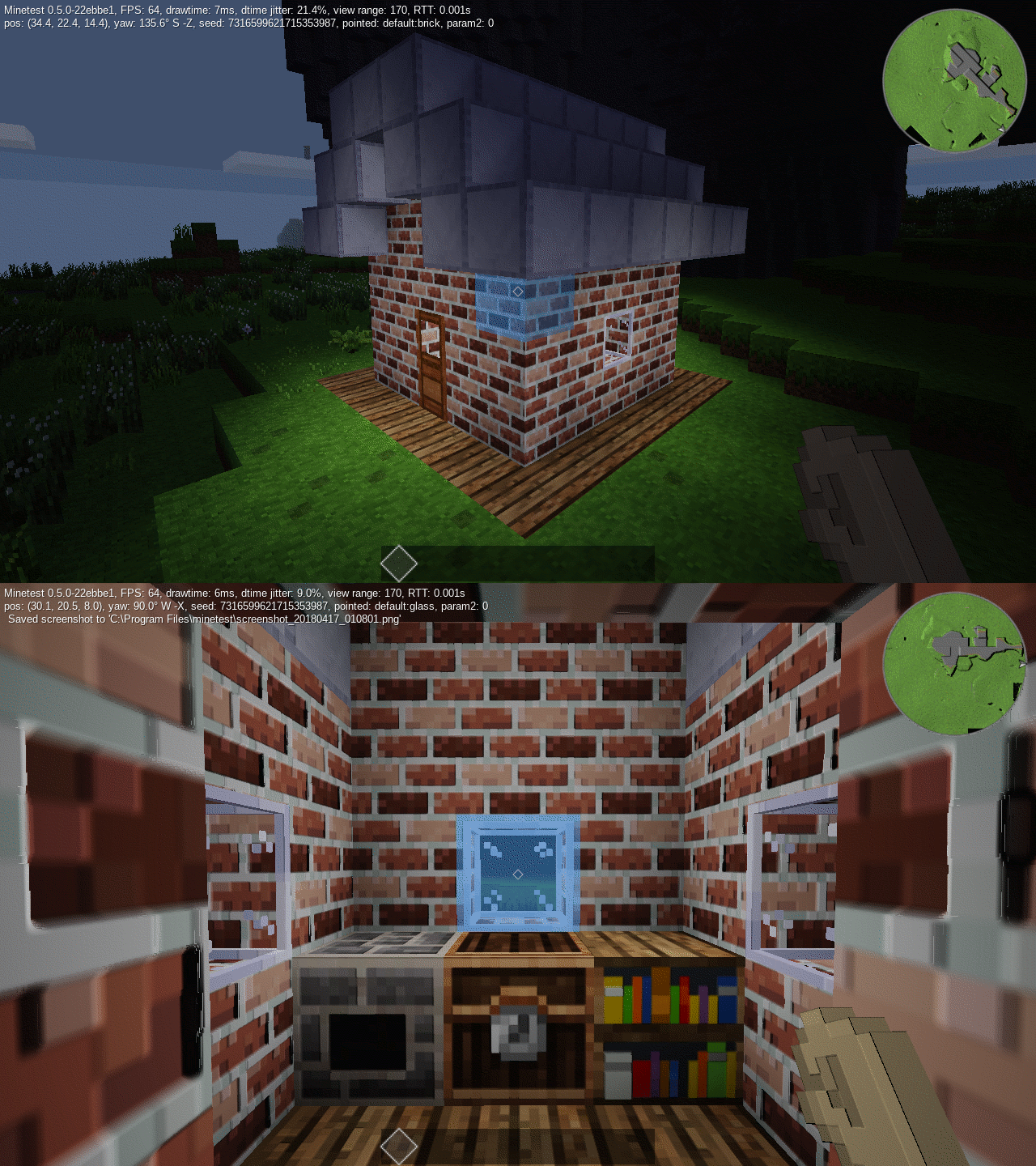 A humble shack to test my new pc.

You can now find my videos at BitChute: https://www.bitchute.com/channel/some_cheeky_jinuskian/

and another nice object for the tiny house club :-D

so have you travelled through dense jungle on your new pc yet? a large jungle with lots of leaves and a view set a tad too far can get quite demanding for running mt smoothly

Another ship from Minetest Shipping Yard. And a good opportunity to test World Edit mod (it's really awesome). 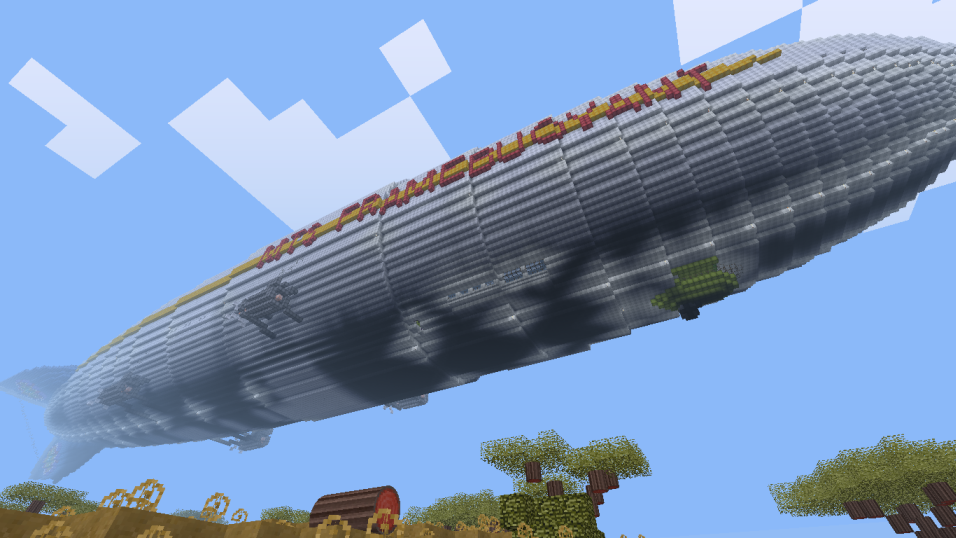 Wow, it's just glorious! I wish it could move :| (and burn like the famous zeppelin *demonic laugh*)
ＯＭＩＣＲＯＮ - pre-release 0.7 "Tweaky Update"

azekill_DIABLO wrote: Wow, it's just glorious! I wish it could move :| (and burn like the famous zeppelin *demonic laugh*)

I know. This is why I made it of steel :D
The core of the gaming joy is putting predatory fish of hazard into a transparent aquarium of Play. Guy Debord 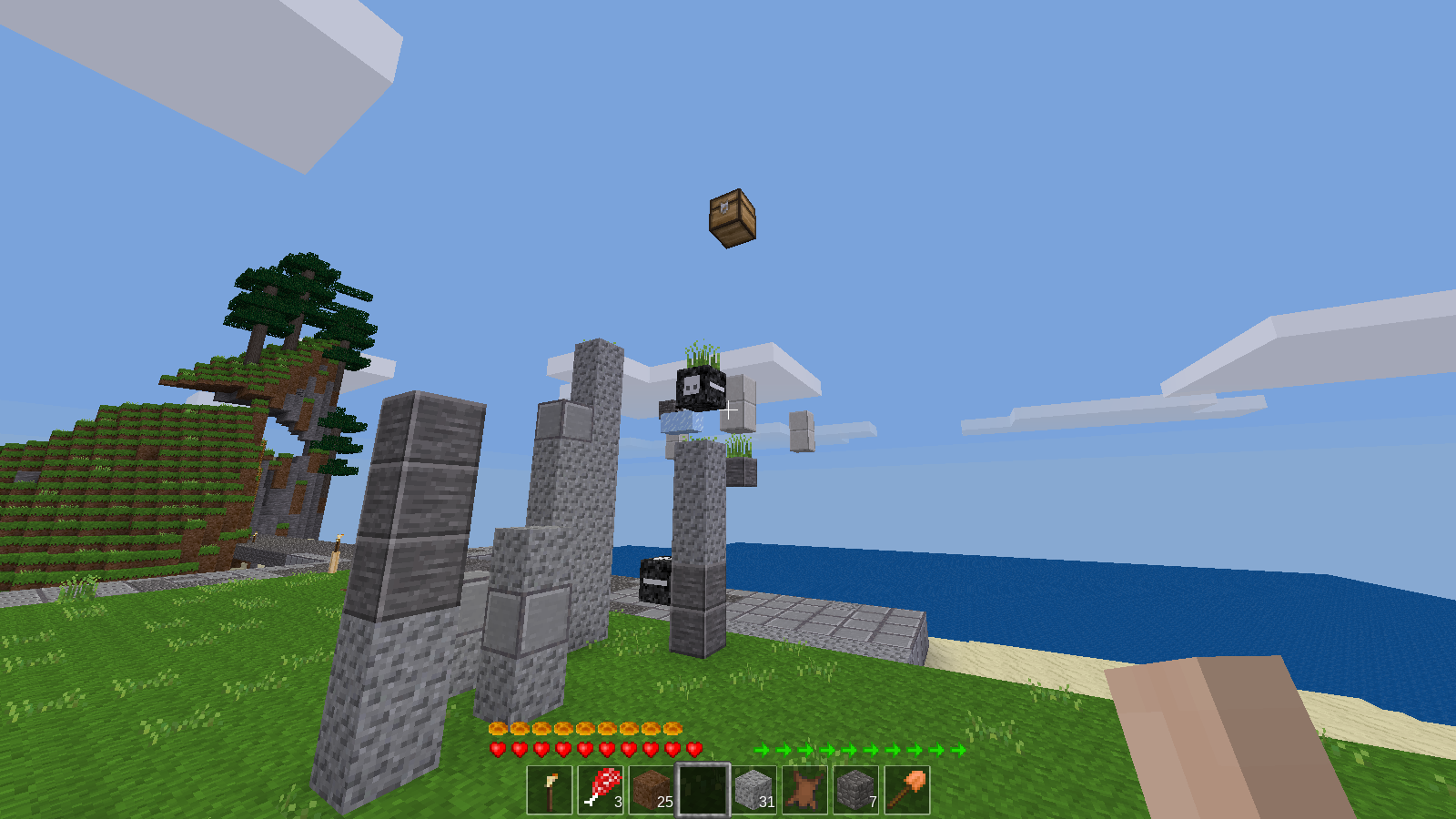 My space bar is bound to sprint! 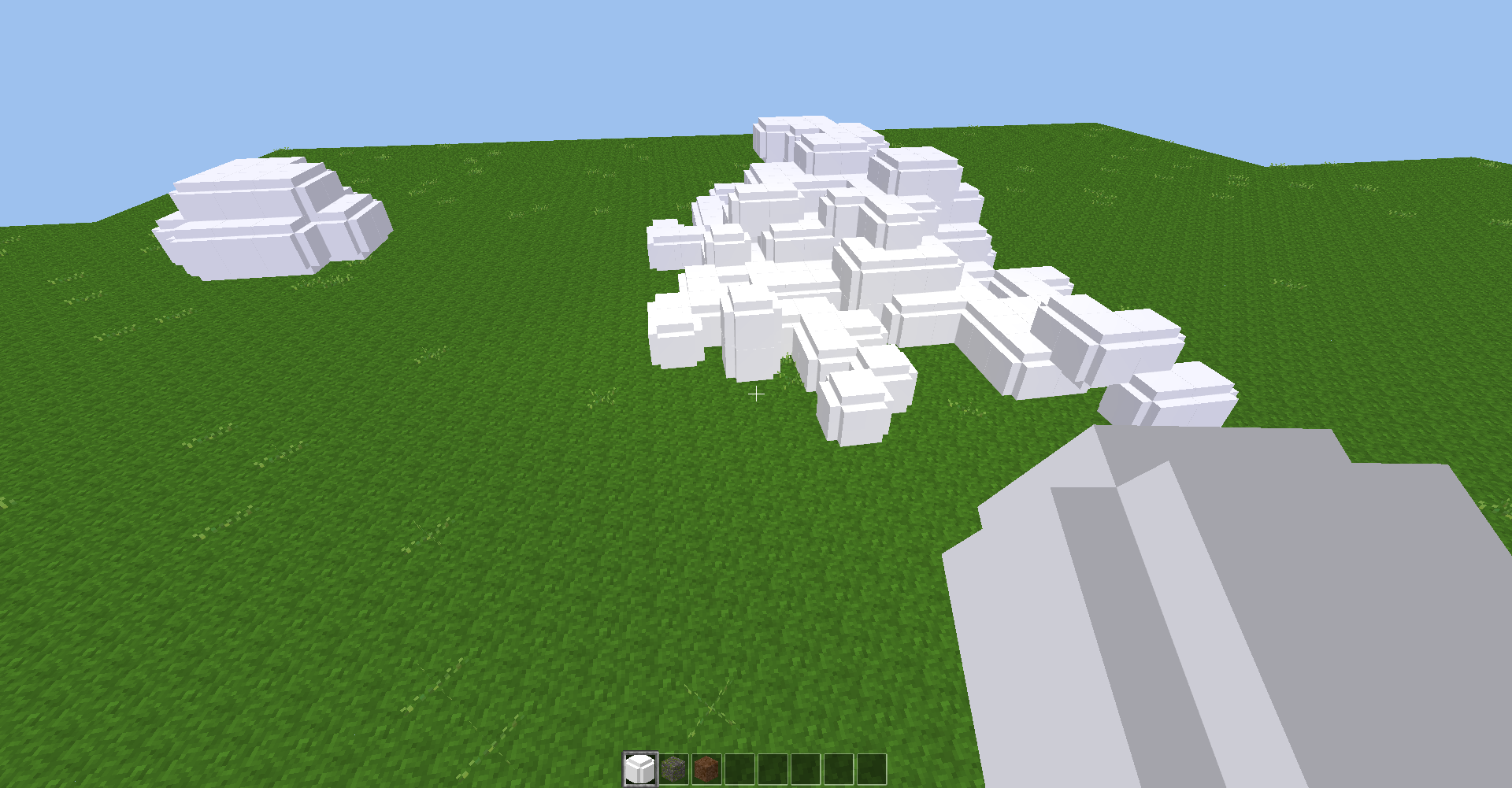 I plan to release this mod at some point. Don't ask when, I don't have a clue.
For those who complain about radiation, I should remind you that every time you leave your house, you step into
the worlds largest radiation beam. (Why else do you think us programmers hide in basements? ;P )

if you need to speak to me, you can catch me on #VE-Minetest-Servers, #RRH-Servers, ##Minetestwithunk, or #Minetest

When using pasteboard please use the embedded link _ the one that starts with «https://cdn.pbrd.co/» and that appears at the right side of the page of the image in a box; if you don't I can't get to see your images. :-(

I actually guess the screen turns red because that is the color of love.
Oi

Still working on those textures.

(Almost) Finished the exterior of my new in-game company factory on VE-Survival.

For those who complain about radiation, I should remind you that every time you leave your house, you step into
the worlds largest radiation beam. (Why else do you think us programmers hide in basements? ;P )

if you need to speak to me, you can catch me on #VE-Minetest-Servers, #RRH-Servers, ##Minetestwithunk, or #Minetest

Marvellous. If you manage to finish your tp it would be one of the best cartoonish packs so far. I can't wait to try it out :)
The core of the gaming joy is putting predatory fish of hazard into a transparent aquarium of Play. Guy Debord 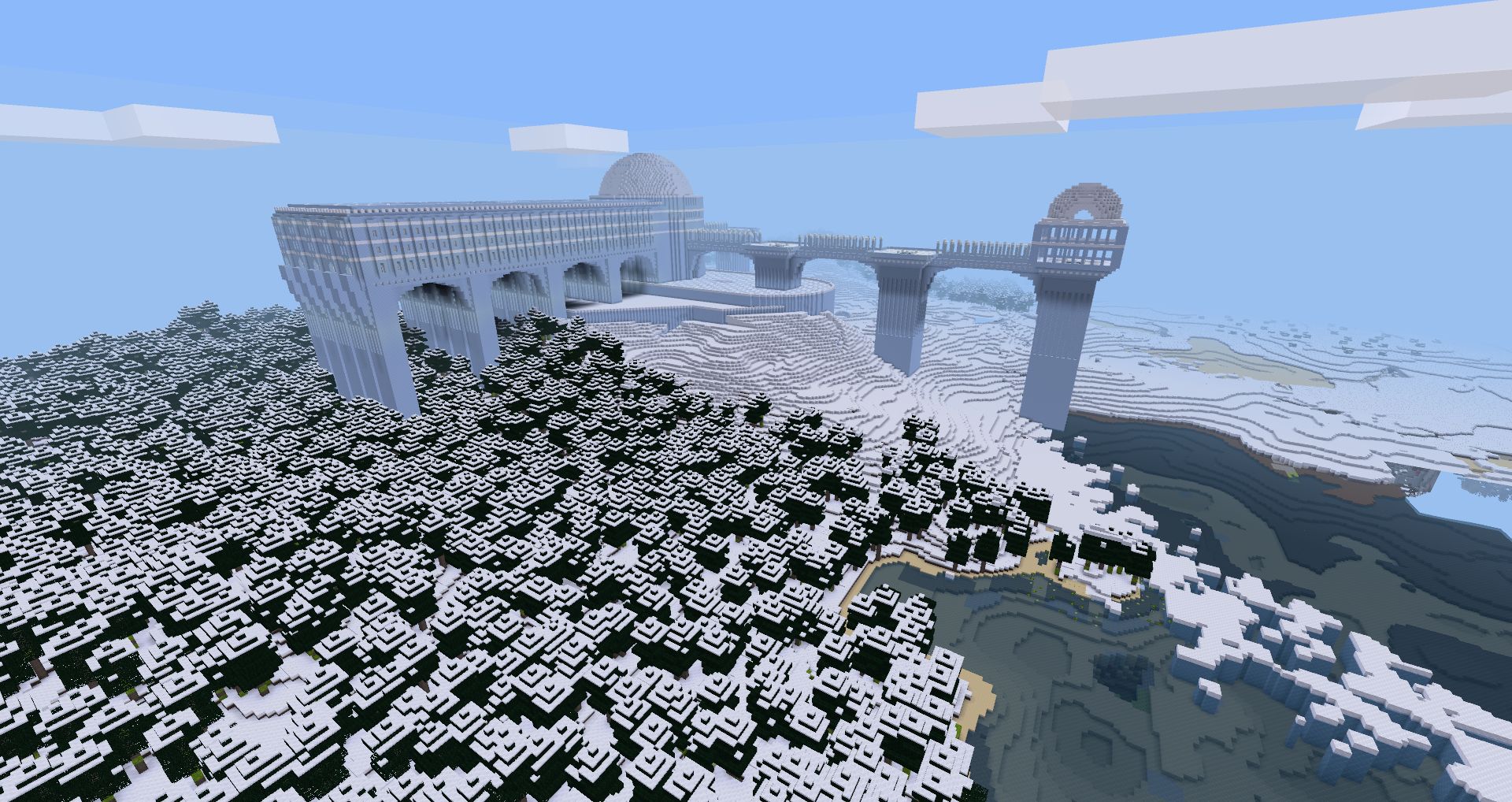 looks at this compares this to what I build ..... goes off to sulk in a corner why can't I build good like this

I found this on a Google image search, does anyone know where it's from? It had been linked without context.

Is there a mod which can generate occasional stone spires like this?

Edit: oooh it might be this! (found by putting "tower" into Krock's mod search engine) 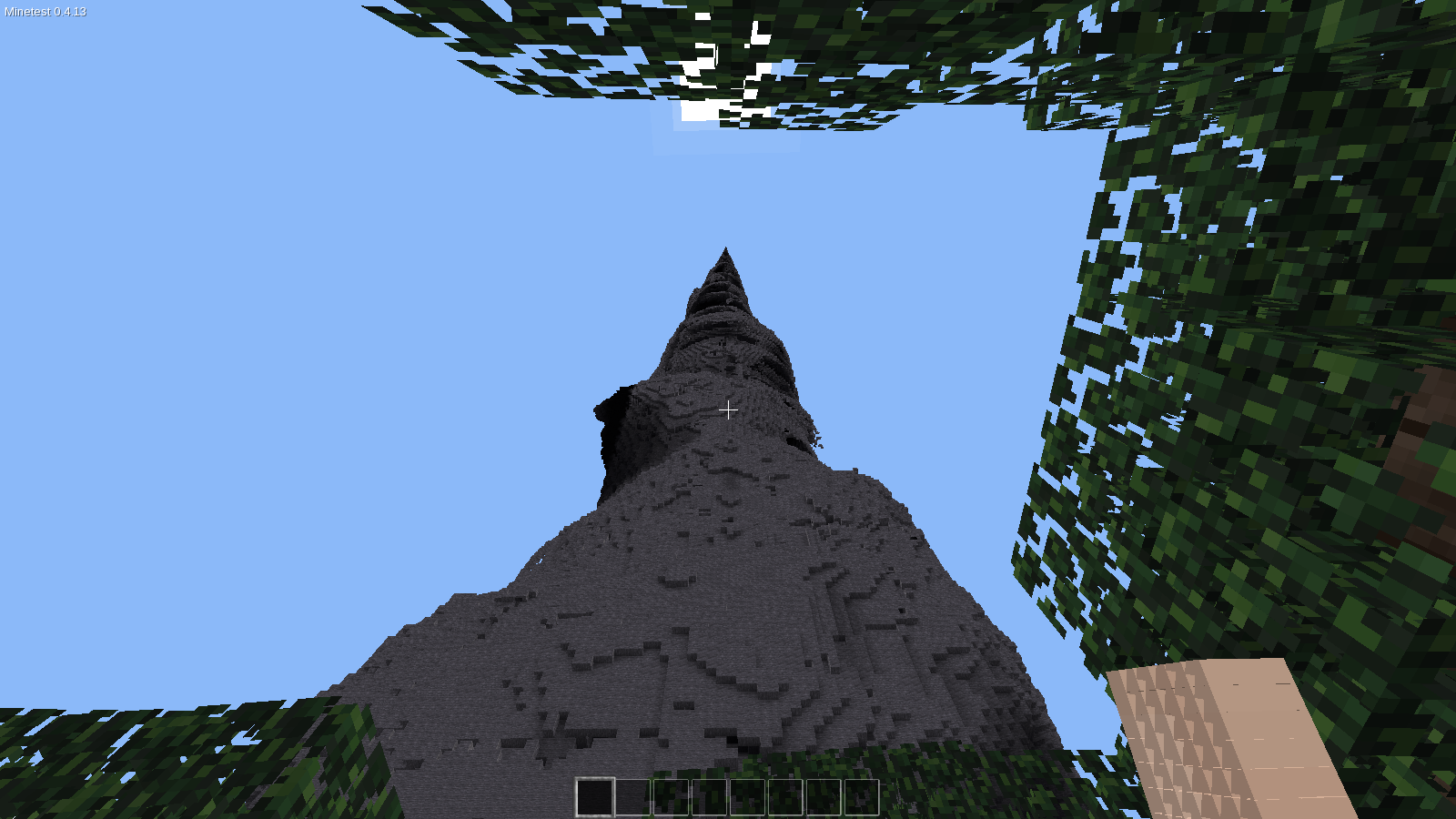