Completely useless: Items that are only useful as decoration, but could have a reasonable real use:
+ Spoiler
“Use” is defined as anything that adds a point to have the item, other than decoration and flavor. Example for uses are: Is used in crafting, can interact with other items, can interact with world in an useful way, boosts your health. Occassionally dropping an useful item (like seed) when mined, like grass and jungle grass do, also counts. Therefore, grass and jungle grass are useful, while dry grass is useless.
Nodes that are obvious building materials or crafted decorations are counted as useful.
Being usable as fuel in a furnace is not enough; it only counts if it's a notably high burning time. Otherwise, every plant that burns for 1 second would count as useful.
If I forgot anything, please say!
My creations. I gladly accept bitcoins: 17fsUywHxeMHKG41UFfu34F1rAxZcrVoqH

Well, dry shrub could be used as fuel (not sure why it was never set up that way)

A lot of the decoration items are merely that, "decoration"
But that aside...
Kelp could be set as a food source
Red mushroom might be set up as a means to restore some health (medicinal properties, mixed with something else?)

Butterflies add a little "life" to the game

Vessels? Yeh, they should have been set up with more of a use from the start (maybe to hold the medicinal mixtures I mentioned above?)

As far as the Mese crystal frags? idk

*Side note* I truly wish there could be a huge overhaul to the tools aspect as many simply follow MC's lead and we could do better... using gold/diamond/and possibly copper for currency & decoration (set up a currency system) as they make absolutely no sense as tools (or armor)
But perhaps I should open another thread to discuss this
Ich mag keine grünen Eier und Schinken, ich mag sie nicht Sam I Am 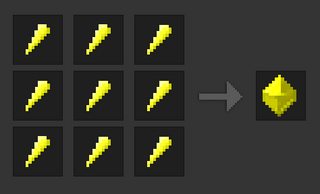 Yeah, dry shrubs are technically fuel, but extremely inefficient, and a ton of other items are fuels, too. So they don't count. :P

The odd thing about grasses is that (normal) grass and jungle grass ARE useful, as they sometimes drop seeds. The other grasses … don't.

Yeah, butterflies look nice, but they lack a meaningful inventory image. It's just a little dot. Fireflies at least glow and can be put in a glass. That makes at least the glass bottles useful. Ha! But drinking glass and steel bottle are still useless.

Note I of course know the point of mese crystal fragments is to be used by mods. But this is a thread about items that are useless in vanilla MTG.

The point of this thread is to show that there's a lot of useless or nearly useless items, implying that vanilla MTG sucks. It also serves as a cautionary tale to game devs for things to look out for. Maybe this thread is useful for those who want to for MTG (yet again).

It's just another of my anti-MTG threads basically. :D
My creations. I gladly accept bitcoins: 17fsUywHxeMHKG41UFfu34F1rAxZcrVoqH

Wuzzy wrote:It's just another of my anti-MTG threads basically. :D

Literally everyone realizes, and agrees that MTG is basically a swill bucket of ideas at this point, and looking toward writing new games. (yes, even paramat, regardless of what some people believe)
But, it stands as a very good "example" of various things which can be done using the MT engine and it makes for a nice "testing ground" of sorts. So this is why keeping MTG around is good and useful.

And, once there is a game which is actually viable to replace MTG, then MTG will eventually be replaced as the "featured" game.
Until then... MTG is what there is...

I guess it's a good idea to point out things such as this thread is intended to do, for those who eventually might take MTG and start it over from scratch. But that is only if someone has the time and desire to do so and, if it is desired to keep something called "Minetest Game" around.
To me, it makes sense to keep it around, as the name is self explanatory... though could have been called "Game Test" :P

Wuzzy wrote: It's just another of my anti-MTG threads basically. :D

Aaah! You got me. I first thought it was important.

Besides...beeing decorative is certainly not useless. There's a server out there that has weet growing and hurting players who pass through - and still I let some of it stand because the plants look very nice (even though they're the exact opposite of "useful"). And modders who want to add new craft recipes are glad about items they can use for said recipes. Not all mods can/want to spawn their things at mapgen time. Indigrents have to come from somewhere, and avoiding craft recipe conflicts is also important. MTG just has a diffrent purpose for me than beeing a "full, finished game".
A list of my mods can be found here.

Well ... decoration is enough justification, so i can't see the point of this thread.
Many of the nodes are 'useless' too.
Many of the 'uses' are added by mods. Providing a world with varied resources is a good idea. Those resources don't need a use in MTG, otherwise it would be a rather dull world with dull biomes: no sea plants, etc.

> The point of this thread is to show that there's a lot of useless or nearly useless items, implying that vanilla MTG sucks

I terraformed an entire island into a farm and used marram grass as fuel for smelting the ores I dug up for tools and for cooking bread. A stack of 99 marram grass is somewhat useful. Allowed me to reserve my coal for torches.

Still pretty new to the game, only play MTG on a local machine. Will admit that since the beginning I wondered about red mushrooms: Why have something in the game that has no use? I've always wondered if the line "but why would anyone do that?" (can't find it in the wiki now, but remember it somewhere, maybe in game help?) Anyway, having played various games over the decades, I always wondered if this was some sort of trick - and they make you invisible or something. So yes, it seems odd to have something that will only hurt you - it isn't even a source of pigment for red dye.

I do like the idea of combining it with something found in a different biome to offer something, but I also try to keep the number of mods down since lots of 'useless' or 'only decorative' items can clutter the crafting help IMHO. Note: back in the early Sims days, and with SimCity 4, I had tonnes of addons, so I kind of like the simplicity in Minetest.

And speaking of 'useless' and biomes: the tundra is interesting to look at, but I feel like I'm missing something. Same sort of goes for desert. Yes, in the desert you can mine red stone and desert sand which offers a different color for building materials which is useful, but I've always wondered why no mineral (that I've seen) is easier to find in the desert.

Decoration in itself is justification enough to create a beautiful world... It's the little things that count when playing... Also this gives mods a reason to add uses for any items found in-game e.g.

I, for one, think decor is a perfectly reasonable use for an item. In the case of red mushrooms, tricking new players into eating them is always fun. Many minecraft players are used to using red mushrooms in food and expect that they're safe.
Ocular Networks | Trucraft | Guidebook Lib | Poly Decor | Vision Lib | ==> My Site <==

but Mineclone2 sucks harder as it can not be customized on the fly like the actual version . replace the gui etc. add new monsters to make the tactical gameplay more interesting and challanging.
but your game got me into minetest and I believe there is still great potential in MTG . what we need is a version of Sgt Mark to create BrutalTest and blow the community up .
if you have not heard of Brutal Doom check it out .
see why a game from 1992 that is pseudo 3d ended up bieng more intense than any modern day fps.
doom creator John Romero stated if they had released the mod back in the day they would have totally killed the gaming industry .
if that can be done with such an old outdated game then anything is possible .
Project BrutalTest...hide your Petz
Post Reply
12 posts • Page 1 of 1