If its possible, why not add a physics object type to minetest?

Im sure it would make more people join, and a lot of fun too :)
XaEnvironment Mods content repository

Would this mean angle on the X and Y axis (Perhaps collisions following it), or would it be more of properties such as elasticity, mass, and friction? Or both? Such objects would indeed allow creating far more advanced mods if the first or third option are used.
Constructing mechs and wingless aircraft since 2016.

it would allow for bouncing items YAY basketball

This functionality is already possible. Earlier this year, I extended kaeza's soccer mod, as a proof of concept for more advanced physics in Minetest: Objects can be defined with a given elasticity, density, and friction to induce bouncing, floating, and sliding behaviors respectively, likwise nodes can be defined with the same properties, to affect their interaction with objects. Most of the underlying logic is implemented; however, it's still very experimental of course.

Anyone that played on JT2 this past summer had a chance to help test this feature, hence the tennis courts at spawn :) 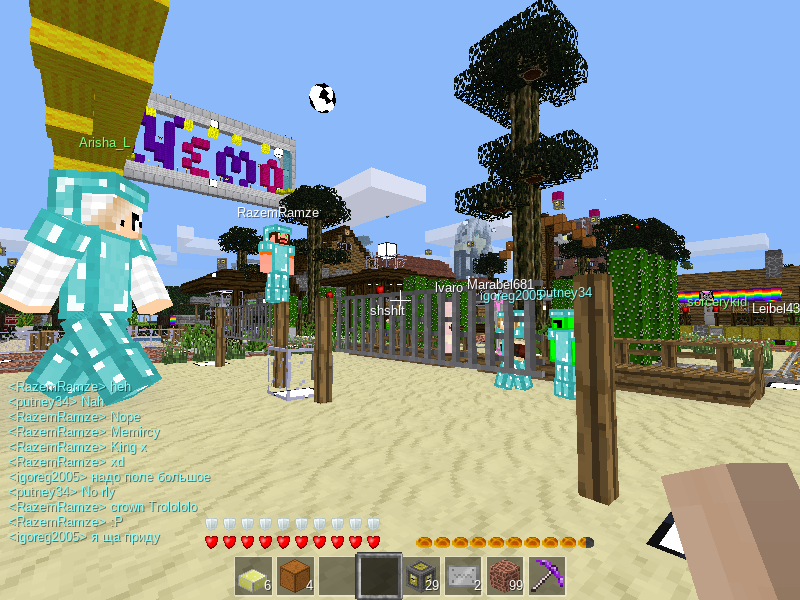 something like this would be much better if all axis rotation gets added.
Projects|:*sigh* school: :Qub³d: :Legends Of Survival: :making people think:
I don't make things messy, I just *cough* disturb the local entropy.
Post Reply
5 posts • Page 1 of 1