Ores are waste of HDD

by ShadMOrdre
One of the things I do in the soon to be released lib_materials update, is to hack the lava cooling. Originally I only meant to pull the code in house, but then had a little fun with it.

Lava no longer cools down to default:stone. Because I have stone and ore types to work with in lib_mat, I do have the lava cool to an intermediate state, where one can begin to see the stone cooling on the surface of the lava. This "cooling lava" then further cools into a variety of relevant stone types, basalt, andesite or other.

This could be modified to spawn certain ore types, as this makes an interesting mechanic, without increasing processing. There is no specific placement code, simply relying on the lava cool feature.

Be aware, in lib_mat, I no longer depend on default, and have pulled in most of the behaviors to act natively on the lib_mat nodes. Lava cooling is still done via ABM, however, but uses the internal modified lib_mat copy of defaults own builtin lava cooling ABM. As such, there is no extra processing.

This actually works as a game mechanic, where some ores could easily be generated only when the lava cools, and only at certain elevations.

Astrobe wrote:The problem is that game mechanics and features don't work in isolation. They form a network of interactions. That's why they might make no sense in your game despite the fact they work (as far as I can tell) in my game.

Well, if you want a general solution, it needs to work for the default game.

A general solution to what problem? Ore generation that lowers the compression rate? I think people here stated that it is a non-problem! :-D ;-)

Thinking about it, wouldn't a better compression rate affect favorably network bandwidth usage for servers? Also, some types of solution could double as an "X-ray" ore detection anti-cheat.

by Hume2
Well, a different compression method might be also a way. However, the information might not be present at all when nobody would use it.

For ores being dropped from stone randomly: I think, this will ruin spelunking totally.

by Hume2
These are only default ores: 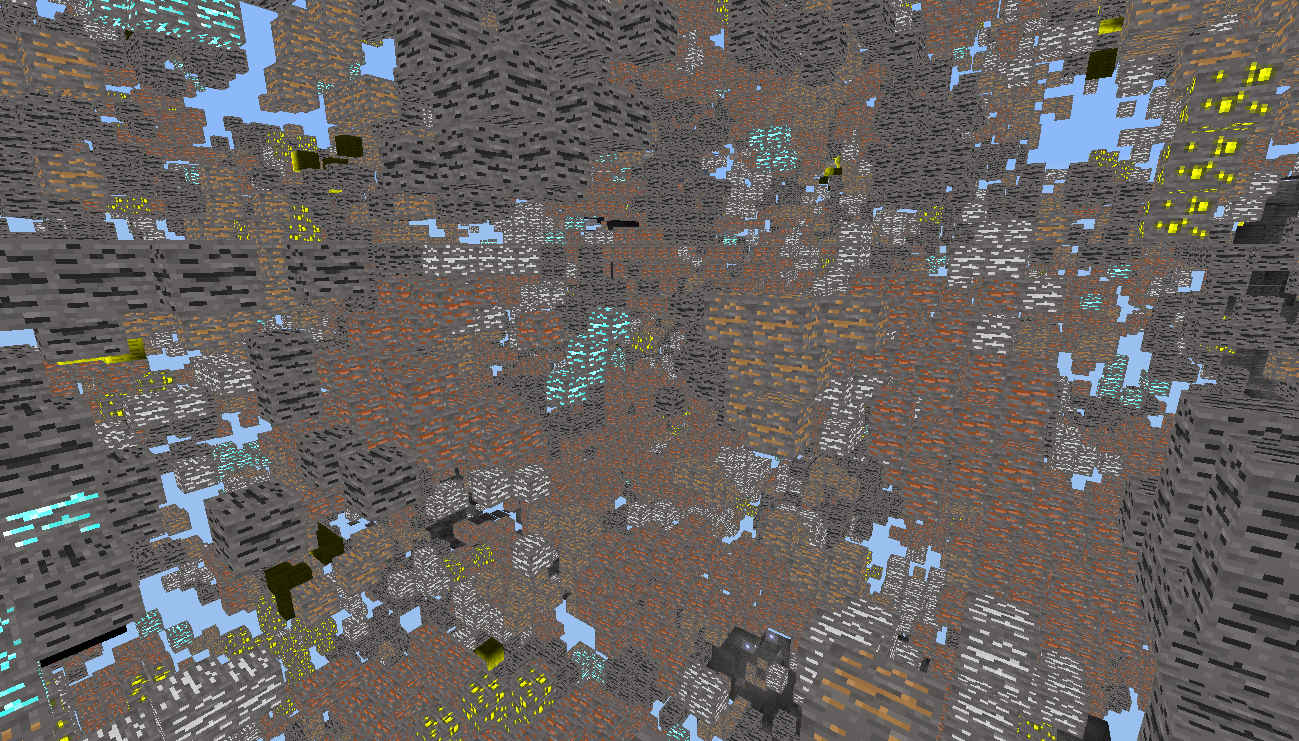 I made a modification in which only the cave walls are generated and the rest is generated after it gets visible. And the result is: World size is 3 times smaller, lag is approximately the same.
All times are UTC
Page 2 of 2