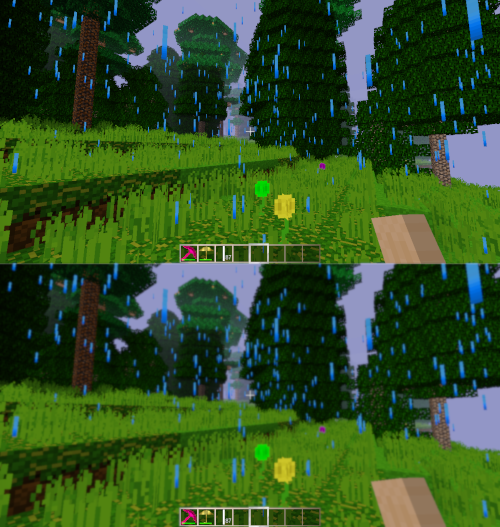 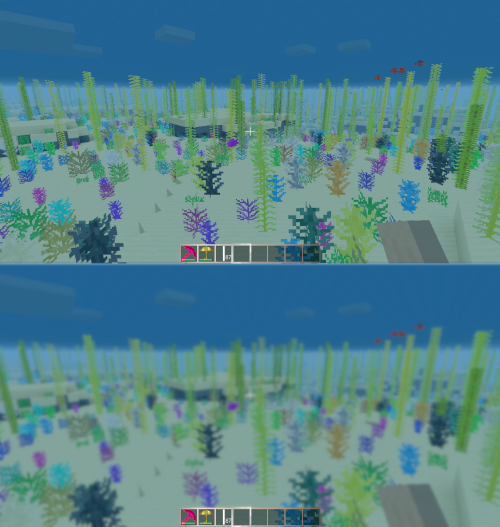 by runs
I believe that no, but there is a trick.

Do a hud (entire screen) with a semi-transparent white glass texture. An example.

I did a blood screen vision effect for my lycantropy-petz:

by LMD
It is possible using my second rendering stage PR and altering the shaders. My shader media PR might be interesting in that regard.

LMD wrote: ↑
Thu May 28, 2020 18:58
It is possible using my second rendering stage PR and altering the shaders. My shader media PR might be interesting in that regard.

Yeah, great addition if it finally comes to fruition, but given the comments, people are already starting to criticize.

Why does Minetest have to get stuck in backwards graphics?

That if it can cause failures on games/servers, ha, of course! but it will be a matter of users not to try those shaders.

Fear should not be an excuse to move forward.

by CalebJ
I'd like to see a feature like this available too. I wish, though, that issue #7284 would finally get some love :)

by Hybrid Dog
Instead of simply making the image blurry, Minetest could render in a lower resolution and then upscale it with a blurring filter. This would improve the performance as a side effect to the blurring.

by v-rob
I personally wish for a way to blur a specific rectangle on the screen as well as the whole screen.

by sorcerykid
It would also be cool if the blurring intensity was proportional to the distance from the camera, to give a telephoto lens effect. But honestly, I'd be happy with any type of blur filter at this point.

by v-rob
Anyone good with shaders? This sounds like an easy one to make. I tried making a Gaussian blur filter using pure C++, but a) I couldn't get it to work (although I admittantly didn't try very hard) and b) I doubt the developers would like such a thing on the CPU side, but I really don't know.
All times are UTC
Page 1 of 1