It does, I was eyeing it the other day. Probably not going in until players have a need for a defensive wall, though.

If we should happen to get any small mammal four-footed food sources in this milieu, the stockade could be made to be a helpful upgrade when they mass for attack. Not my original idea but here goes:

The proposed animal is a source of food which normally will defend itself, but no more so than the male fowl that is already in Exile. As part of its life-cycle, however, it will become hungry and carnivorous! This happens during an annual seasonal migration, just as in the novel Tunnel in the Sky, where starving carnivores ruin your plans and your health for one day a year. Their goal is simply passing through the area (wherever the player may be aboveground), travelling in packs of hundreds.

They knock down or jump over all your regular doors and fences; they inflict bite and scratch wounds with chance of infection. They trample your fields and gardens, crushing 90% of all food, oil, and medicinal plants, 50% of all grasses, 20% of all woody bushes. Slight chance of breaking your water pots. Tall clay walls, a burning-brush fire line, or a stockade are needed to defend your fields. Dig deep pits for capture (2% fall in, they starve, or eat each other and leave carcasses). If you are not behind a protective fortification, retreat underground, into a walled-off cave, or up a tree.

That's a solid idea right there. It'll have to sit on the backburner because while I could probably squeeze out a very basic model and a tolerable texture, animation is beyond me. But it'd be fun to spawn a swarm of mobs to harass a player's settlement.

if its animation you need send me the texture and .blend model, tell me the animations you want, and ill animate it for you. probably over the long weekend
cdb_653d94e1614c

Well, right now I guess we could use a swim animation, so players don't hover upright through the water. Maybe a collapse and crawl animation for when players are too exhausted to jump/move?
Actually, I'd kinda like to replace the player model with something less minecrafty. But there's so much else to be done already.

you meant the player model? I thought we were talking about small animals, because of the post above... could you quote from the context?
cdb_653d94e1614c

Oh! Uh yeah, that would be the player model. The "small animals" are a blue-sky thing right now, there's no code or model or anything, just an idea on the forum at this point. I meant if you wanted to help out, that would be something you could do right away, whereas the swarming animal idea isn't remotely ready to go.

The player_api supports a swim animation, but our model doesn't have one -- runs' model has the animation but lacked support for capes, so I had to pick one or the other. I don't know if you can copy animations from one .blend to another, but the models are built on the same framework, so they ought to be similar.

so. I found the mod "multiskin_model" in the source, and animated its model with several new animations:
swim, and crawl and their standing, moving, mining, and move-mining animations. Then I went to test it.

Thats when I realized that multiskin_model isnt being used in the codebase at all, instead character-f and character are being used, implemented directly in player_api.

My model has support for capes...

So in effect I cant really test it easily, can you? I have attached it. Please note, this is the model for the multiskin_model.

and then the other question: is this even useful to you? Did you want to stick with runs' player api with the male and female models? I *could* animate runs' version, and even fix the capes, but it would mean redoing all the work I did, no you cant copy the animation data from one model to the next. It might mean redoing it twice, one for the male model and once for the female model


EDIT: just realized I forgot the float_mine animation... if the others test out to work then let me know and I'll add it
cdb_653d94e1614c

Aww crap! I thought I removed multiskin_model. I believe the old Exile clothing mod was using multiskin's code for combining clothing textures and stuff, but the model was unused, and since I've switched over to a modified version of runs' player_api and simplified the clothing system, it's entirely unused and I thought I removed the folder.

The problem is multiskin requires a different texture format than the model I've been using. (It also includes meshes for a faux-medieval sword and shield, which clashes with our stone-age sci-fi aesthetic) Moving over to it would require redoing all the skin, hair, and clothing textures.

On the plus side, character.b3d and character-f.b3d are the exact same file, just with different scaling and eye height parameters. (Minetest won't let me register one file in two different ways. It's one lua model entry per filename, so I just cloned the file.)

also included in this download is a keyframe reference.

Please test and let me know if it worked.

Right on, will test today.
Edit: I've got swimming working (just had to revert to runs' original code) but it won't be live until github stops having server error messages.
Swimming looks much better now that players don't just move in a rigid upright position. Crouch and crawl will require some new code, but shouldn't be too hard to set up. Crawl looks great, crouch maybe looks a bit funny? i'll have to see it in multiplayer.

I can edit it if you want, just give me some more detailed feedback
cdb_653d94e1614c

it might be cool to shrink the hitbox when you crawl so you can squeeze into a 1 node base entrance
So its hidden, especially with not having protection here
cdb_653d94e1614c

I want throwing spears to be added . I think that would be a good weapon to have . this picture is a demonstration . I want to do this 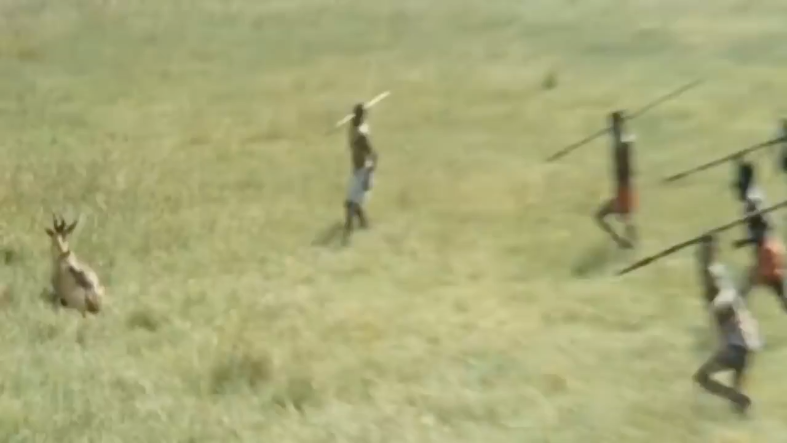 There’s a spears mod that does that.

MisterE: I'm not sure if it needs editing, I'll have to see it in action before I know what, if anything, might need tweaking. I don't think I can adjust the player's nodebox on the fly, but it could be worth looking into if I make it so players can crawl whenever, rather than just having it happen when they're too exhausted to jump anymore.

I have a javelin/atlatl sitting in my notes, but I could easily add spears. Won't be much use until the food rework goes in, and hunting is worth doing. It will definitely be happening once we have something besides chickens to hunt.
Hunting and fishing will probably be its own project in the near future, after the food rework and the subsequent new player tutorial mode are done.

as far as code allowing setting the collisionbox smaller, I'm pretty sure it can be done. once you have added crouching and crawling, I can attempt to implement it
cdb_653d94e1614c
Post Reply
93 posts