TNT-Run is a multiplayer game where all players run on a surface which disappears as they touch it. The last person reaching the ground floor will be declared winner. 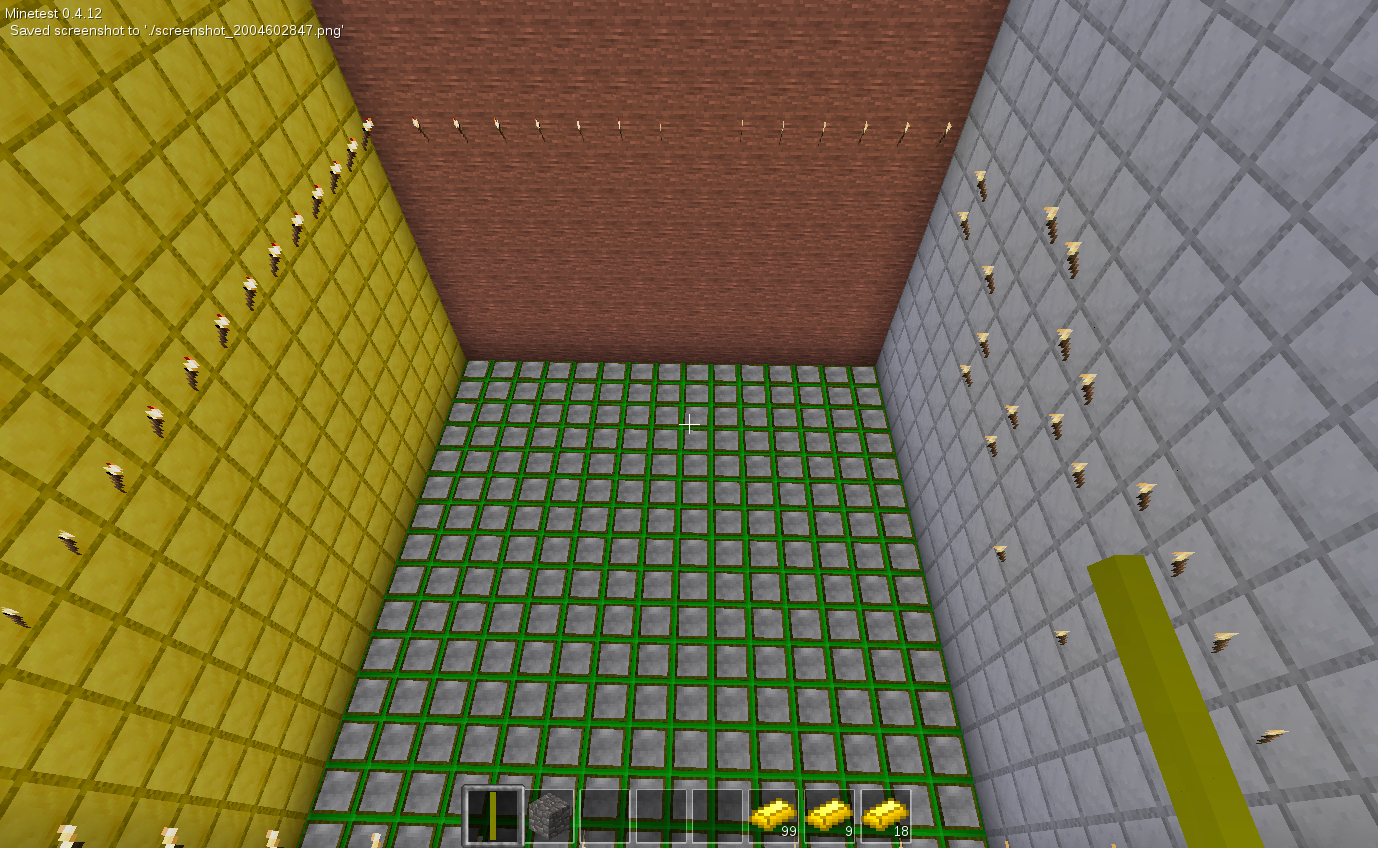 So this is the direction and inspiration but not necessarily the goal: https://www.youtube.com/watch?v=7B7GIBG890k

It is already playable but has some drawbacks which I will describe later. 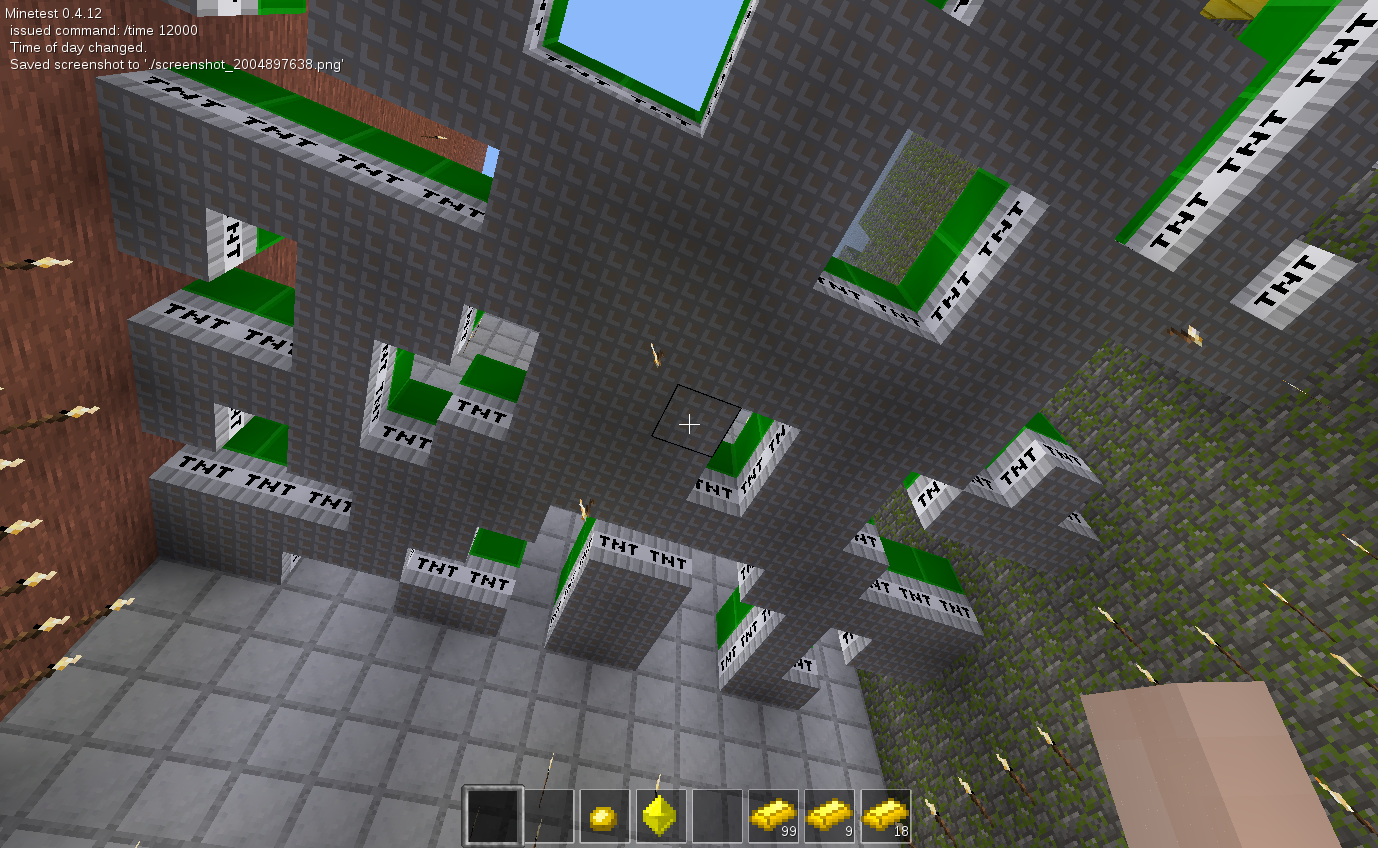 How to set up minetest TNT-Run:

7. climb/fly into the arena (there is a ladder on the inside)
8. the game starts as soon as you touch the pressureplates (which all players should do simultaneously ;-) )

===>>> run as long as you can, who reaches the bottom last wins the round

Todo (I would have done it if I could, but this exceeds my knowledge so: help is very welcome):

- edit the arena so it is more beautiful and useful
- the switch connected to the TNT should force players to arena. Useless without damage, create huge LAG; there must be a better way
- explosions and falling damage kills players when damage is on
- there should be a possibility to restart a game when pressing any kind of bottom or other (thought of mod: deploy_nodes (https://github.com/cornernote/minetest-deploy_nodes) but didn't get it to work with .we files)
- there should be some kind of action when people reach the bottom
- the pressureplate timer should not be started though a abm (computing resources) but a single event. I have no idea how to!
- there should be better/faster recognition of players. At the moment, you can avoid 50% of explosions by jumping (therefore jumping is -for now- only allowed when there is no choice ;-) )
- there should be different sizes of arenas
- someone who hosts a public server for people to play (only tested on private server with 3 Players)

it doesn't work good by me (if you have made a change, I think a bit not) and all because the nuke tnt mod
My English isn't very good because I'm Dutch ---- Check my mod "Doorbell" Vote your gang

This is not a game
My mods: https://content.minetest.net/users/niwla23
Post Reply
3 posts • Page 1 of 1