So I saw this viewtopic.php?f=4&t=760&hilit=zelda&start=100 thread about a Zelda texture pack and saw that the developer had disappeared and it no longer worked. So I changed some stuff in his game to make it work in ver 4.12 of minetest and added a custom Char for added realism. I plan on adding some enemies of some kind, some friendly npc's and some animals. This is the first time I've done anything like it and I hope to ad some changes when I can. Let me know what you think and feel free to make changes. Most of this is his code,I just changed so it works in 4.12.
There is relatively little that is new. I've just changed and added a few things. All licenses are listed in their perspective folders and I've built on a lot of previous work. To many people to list here. 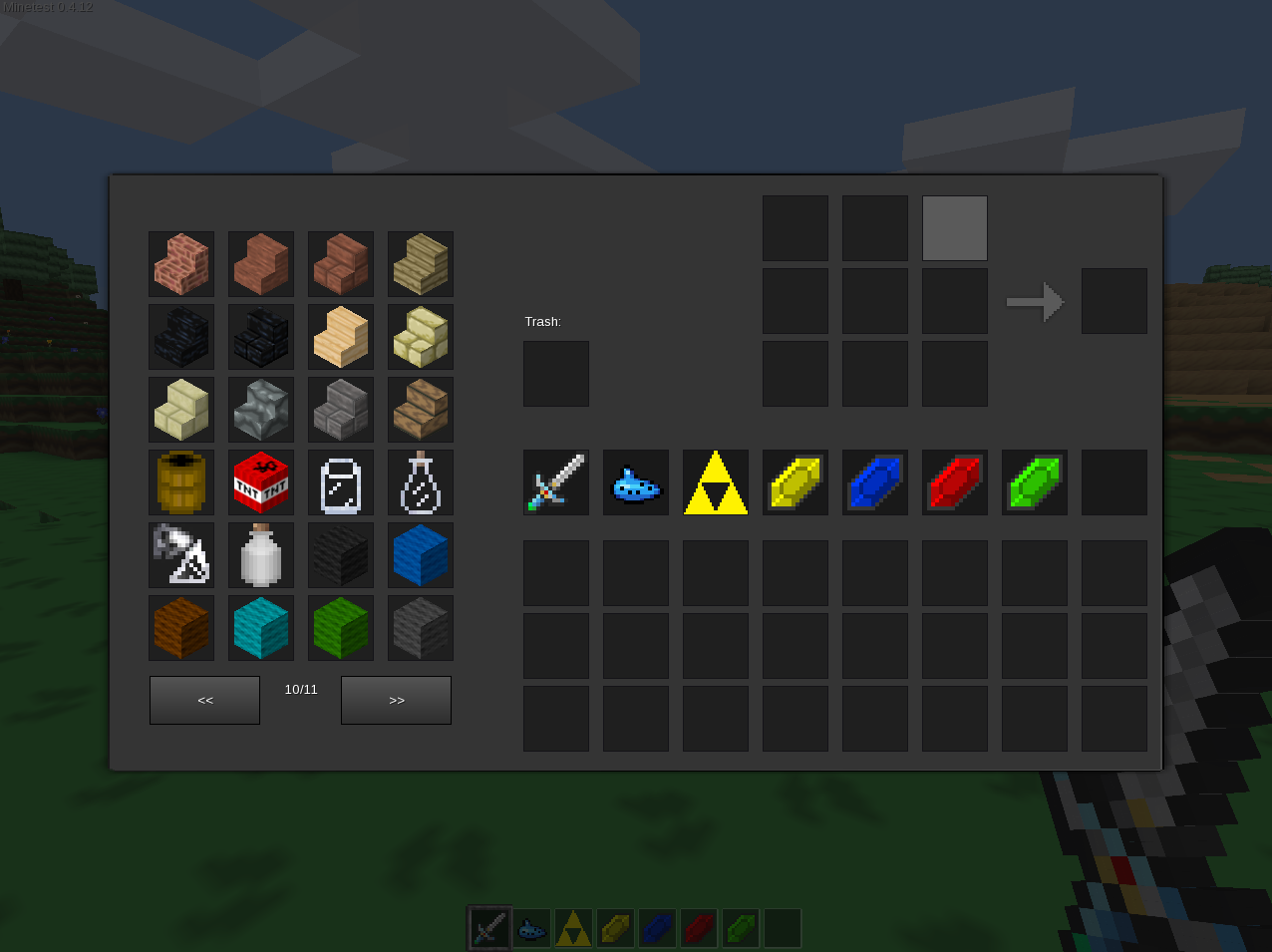 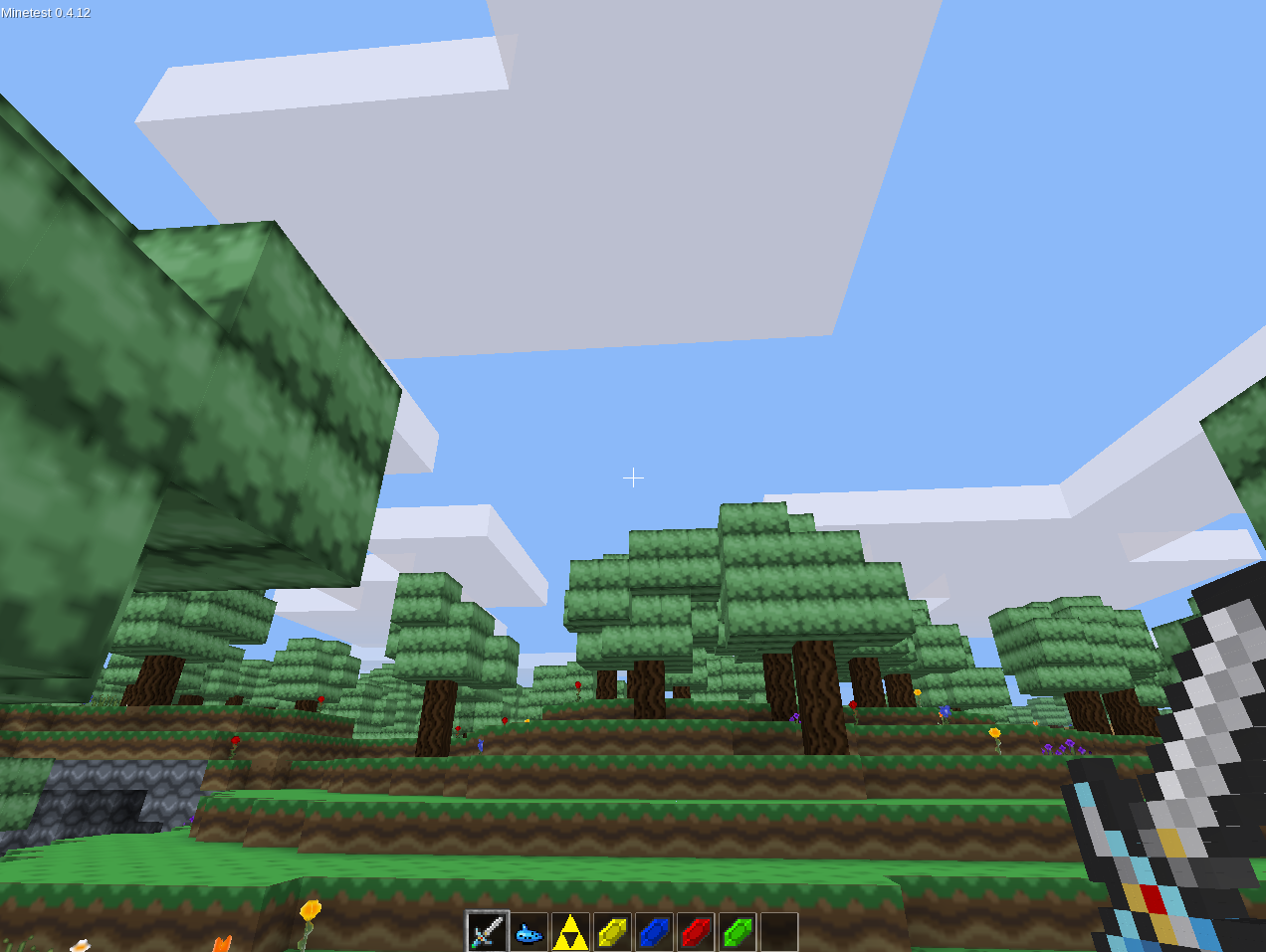 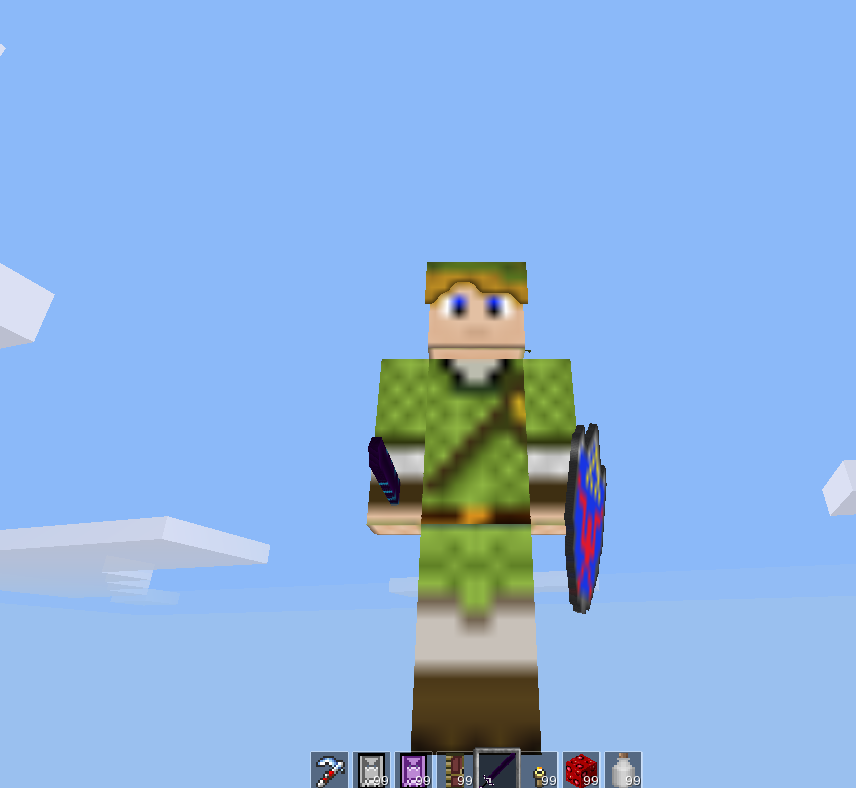 I don't know if it's okay to share the link from my Google Drive account but here it is if that's okay.
https://drive.google.com/file/d/0B8KqS1 ... sp=sharing

The only thing that did not come over very well was an obsidian bucket he had made, I commented out the code but left it in place if anyone has any suggestions on it. I'm willing to make changes to it and upload a newer version.

I just changed the tnt and made it look somewhat more like a zelda type bomb. Can I leave the mod named tnt or should I try and change it to be something new like Zelda_bomb , for example.

V22.
Changed sun and moon textures, (The Sun is acting weird)
Changed the drop rate for grass and rupees.
Added mobs and gave them rupees for drops.
I'm changing the mobs as I can and trying to make them more LOZ-esque
Zombie has been changed to look lie a redead, I've also slowed it down.
Added bats

V.21
Made it so grass drops rupees as well, it is a zelda game.
Changed the hud bar to hearts as you would expect in game.

V.2
Just updated, here's a list of what I've changed/added.
Changed the tnt to look like a zelda style bomb.
Edited pilz adam's throwing mod and modified the textures.
Added a single enemy that drops ruppees (zombies, they only spawn at night).
Added a trader that sells items (I'm updating the list to be more like what you'd expect.)
And a few other tweeks as well.
Last edited by petra2201 on Tue Jul 28, 2015 01:57, edited 5 times in total.

Has anyone tried it yet? Any feedback?

What mapgen are you using? i used singlenode and didnt get any land

I've been working with v6 of mapgen. I haven't tried it with any others yet.

Just tried with all the different versions, singlenode produces no land, v5 and v6 seem to work normally. V7 has no trees but produces land.

mad science wrote:What mapgen are you using? i used singlenode and didnt get any land

I'm trying to figure out two things right now. How to make random houses with treasure chests and how to make the chickens behave more zeldaish. Oh and pots. Gotta build in pots somehow.

petra2201 wrote: I'm trying to figure out two things right now. How to make random houses with treasure chests and how to make the chickens behave more zeldaish. Oh and pots. Gotta build in pots somehow.

My mg_villages mod might be of use to you. You can find it on my github page. You'll also need handle_schematics. Further recommended (but not needed) mods are cottages, mobf_trader, bell and moresnow. They can all be found under https://github.com/Sokomine.
A list of my mods can be found here.
Post Reply
10 posts • Page 1 of 1