Getting existing world on server [solved]

Getting existing world on server [solved]

hope this is the right place to look for help. If not, please accept my apologies and just move this over to where it fits best.
I've been playing Minetest for about two years now and my kids love it, too. From hostig a server on their boxes every now and then the wish to have a dedicated family server arose.

I managed to set up Ubuntu Focal Fossa on a spare machine, installing minetest-server and getting all the mods to work. Now, I'd like to use one of the worlds the kids have been building in for months instead of the default world the server created, and I'm hitting a wall there.

Whenever I change the world path in /etc/minetest/minetest.conf to the world my kids created (already residing alongside 'world' in /var/games/minetest-server/.minetest/worlds/), it flings the minetest server service into a restart loop. When I sudo systemctl status minetest-server the first time after restarting it, it's active, but seconds after it shuts down and restarts over and over again.
/var/log/minetest.log looks normal up to the point where it fails to state the usual

and instead inserts another separator.

As soon as I stop the server, point to the default world in minetest.conf and restart minetest-server, all is back to normal.
I looked in the forum and everywhere else I could imagine, but couldn't find a solution. It's probably something totally obvious, but being a complete Linux and also Minetest server noob, for the life of me I can't figure out what I'm doing wrong.

Thanks for bearing with me, any hints will be greatly appreciated!
Last edited by Nostromo on Mon Oct 19, 2020 16:00, edited 1 time in total.

Re: Getting existing world on server

Check that the files env_meta.txt or world.mt is not corrupted. If it isn't a plain text file, it is corrupt. You can simply delete it. Beyond that, just make sure that the the user/minetest has read and write permissions to all the files.

Re: Getting existing world on server

Thanks a million, goats!

goats wrote: ↑
Sun Oct 18, 2020 03:22
Beyond that, just make sure that the the user/minetest has read and write permissions to all the files.

Silly me. It never occured to me to check permissions on the 'imported' world. All it took was a simple

and everything works flawlessly.

So, now where do I pick up my dunce hat?

Re: Getting existing world on server [solved] 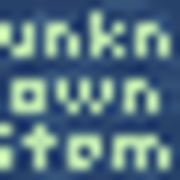