For people working on the C++ code.
Post Reply
81 posts

Hello everyone,
I spent some time reading the codebase and things about Irrlitch3d and after some tests I started to get
how it works.

After a few days of testing I can show you something, but I want to know if the implementation of Shadow Mapping ( CSM in a near future) could be welcome in the project. 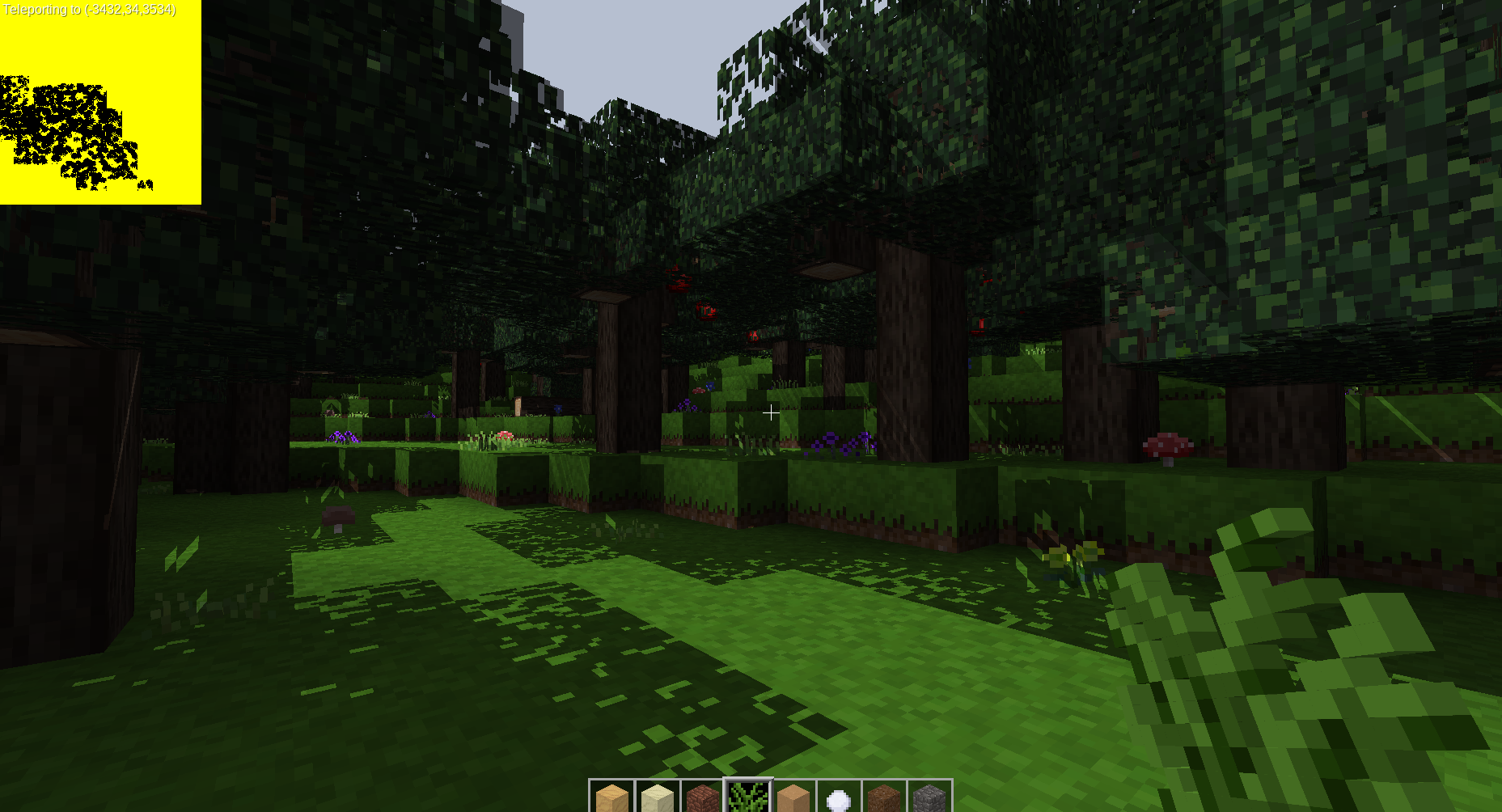 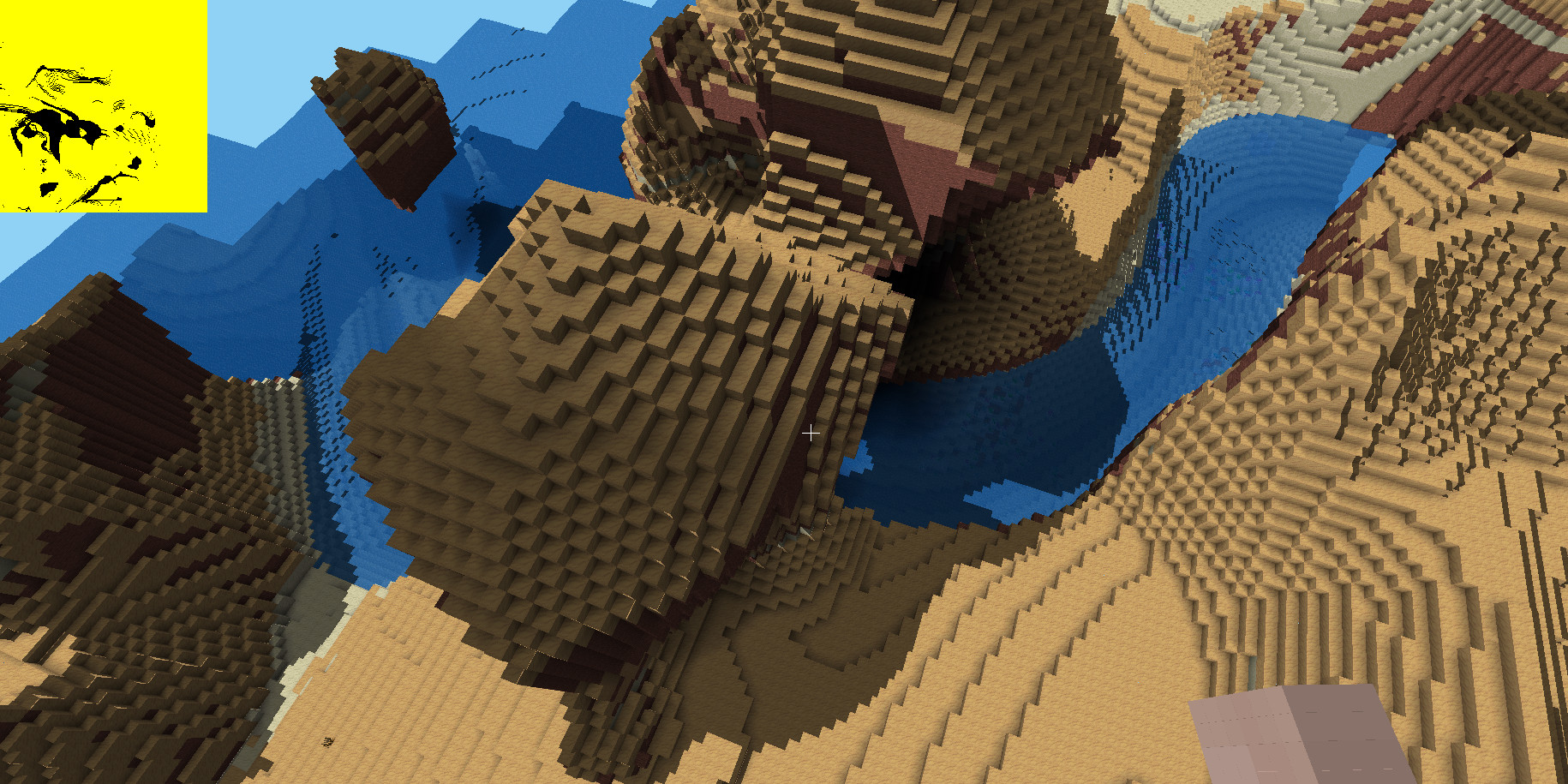 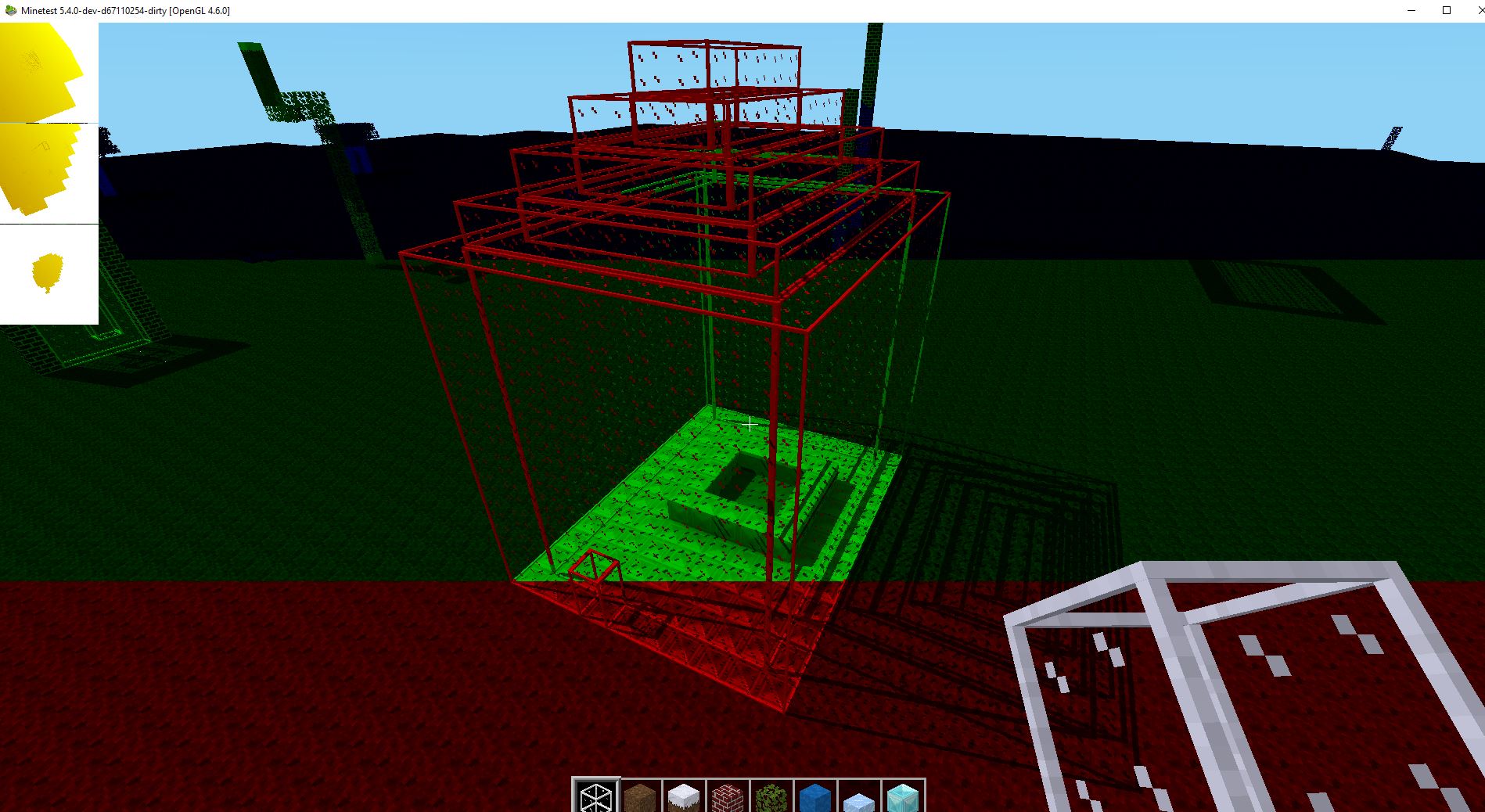 Shadow mapping would be welcome. There have been previous attempts, but they've failed due to various glitches and problems
Core Developer | Donate | Join the Matrix chat! | My Twitter | Mods | Minetest Modding Book

Yes, I faced some of those problem.

The major problem is, obviously, the Irrlicht3d. There is no way to do more than one shader pass in a easy way. Also the map rendering generates a lot of problems, but IMHO they could be solve with some workarounds until a new 3d Engine come ;).

I'm going to continue testing this and I hope Minetest will have Shadows in a near future :).

YES. It would be a much appreciated addition to this engine
My ContentDB -|- Working on Voxel Knights -|- Minetest Forums Dark Theme!! (You need it)

Nice going, hopefully this will evolve into something amazing!
Jesus is alive! Look at My Mods: search.php?keywords=&terms=all&author=S ... mit=Search

Big thumbs up. Ignorant suggestion: would something like IrrlichtBAW fix those problems?
My texture pack: Soothing 32 | My mods | My server: A.E.S. | Donate | Join the Matrix chat!

First of all, Thank you everyone for your words of support :). I'll do my best to make this work.


Zughy wrote: ↑
Sun Oct 25, 2020 21:44
Big thumbs up. Ignorant suggestion: would something like IrrlichtBAW fix those problems?

Hi Zughy, obviously change irrlitch3d (Last functional update was in 2012) for something more modern will help a lot with the rendering .

The most logical option could be IrrlitchBAW or Antartica (custom Irrlitch from STK) because the supposed compatibility and similarity of the API.

But... IDK if this supposed similarity is real.

will these other engines support that wide range of systems?

I don't know the roadmap and plans of the core developers. But I can say that changing to another 3d engine will cost a lot of effort. ( Believe me, I already take a look on that ;) )

Maybe an option could be to completely split up the rendering part from Minetest engine, and do different code&build for "modern hardware" rendering.

But as I said before, IDK the plans for Minetest and all I said is just talking for talking's sake.
Liso. - My twitter -

I was the first to attempt to add realtime shadows back in 2017 using OpenGL framebuffers, but the implementation was dirty and I couldn't figure out some things like the occlusion code.

Cascaded SM is the way to go for a voxel game. I'm eager to see the end result of your work.
And I hope some toxic core-dev will abstain from nitpicking to death.

Nice to see a promising feature, much hoping for it won`t be neglected or rejected finally as it is enough breaking. :) It seems it needs still polishing out. Do you consider also to open a PR on the github repo if it is at least workable for now and can be tested?


jp wrote: And I hope some toxic core-dev will abstain from nitpicking to death.

Thank you all.
I'm trying to make it the most separated from the base code as I can. The main idea is to append this (and probably other) feature without losing the low-end pc capabilities.

And obviously yes, I'll send the PR to the main repo as soon as I have an alpha version ;).

BTW JP, I saw a reflexions demo in your YT channel (stalker alert xD ) , you did this in Screen Scpace?
Liso. - My twitter -

No the water surface is a single plane and it uses a second camera to render reflections. For a voxel game you necessarily need SSR but first we need a clean post-processing framework using the OpenGL buffers.
[Mods] Crafting Guide • i3 • X-Decor • [Donate]
[Maps] New York City • Minecraft Imported Maps
[Textures] PixelBOX Reloaded

We had a thread in which some of us mentioned Antartica somewhere in this forum a while back, I specifically remember it.
It's just ugh... the work involved switching (shivers)
It would definitely take a group of loyal/dedicated people outside of the core dev team, with the ability to do so, otherwise core devs would become even more bogged down.
Unless all the focus went into that alone, and putting the entire current project at a (possibly) indefinite freeze.
Honestly I'm not sure anyone would do it out of a passion/love for the community alone.
Ich mag keine grünen Eier und Schinken, ich mag sie nicht Sam I Am

Actually, I think the main reason we can't use Antarctica is that it's GPL and we're LGPL. Not certain, but that's what I remember.
GUI Core Developer | My Best Mods: Bridger - Slats - Stained Glass | To contact me, send a PM

It is if it does not produce lag . you can have all the eyecandy you desire but if it impacts on the faster paced gameplay then just give us the option to switch it off not everyone here is into snail paced puzzle games ,some of us are cranking up the engine to the max and the wheel have yet to come off . but she aint running too smoothly with the eyecandy as it is .
Project BrutalTest...hide your Petz

how does this works?
My English isn't very good because I'm Dutch ---- Check my mod "Doorbell"

Hi all!,
I'm still fighting with CMS, it has some upgrades and lots of problems. But, in general, it's on road.


I´m not sure what your question is about. Can you explain it?

Still looking great. Can't wait until I can try this out for myself
My ContentDB -|- Working on Voxel Knights -|- Minetest Forums Dark Theme!! (You need it)

A question: can entities also leave their shadows by the same principle? Or does this feature concern exclusively only to nodes?
My mods: Medicine, Luxury Decor, Cube Nodes, Sweet Machine, Drink Machine

Andrey01 wrote: ↑
Fri Nov 13, 2020 16:53
A question: can entities also leave their shadows by the same principle? Or does this feature concern exclusively only to nodes?

Yes, sure :). Even with the animation. 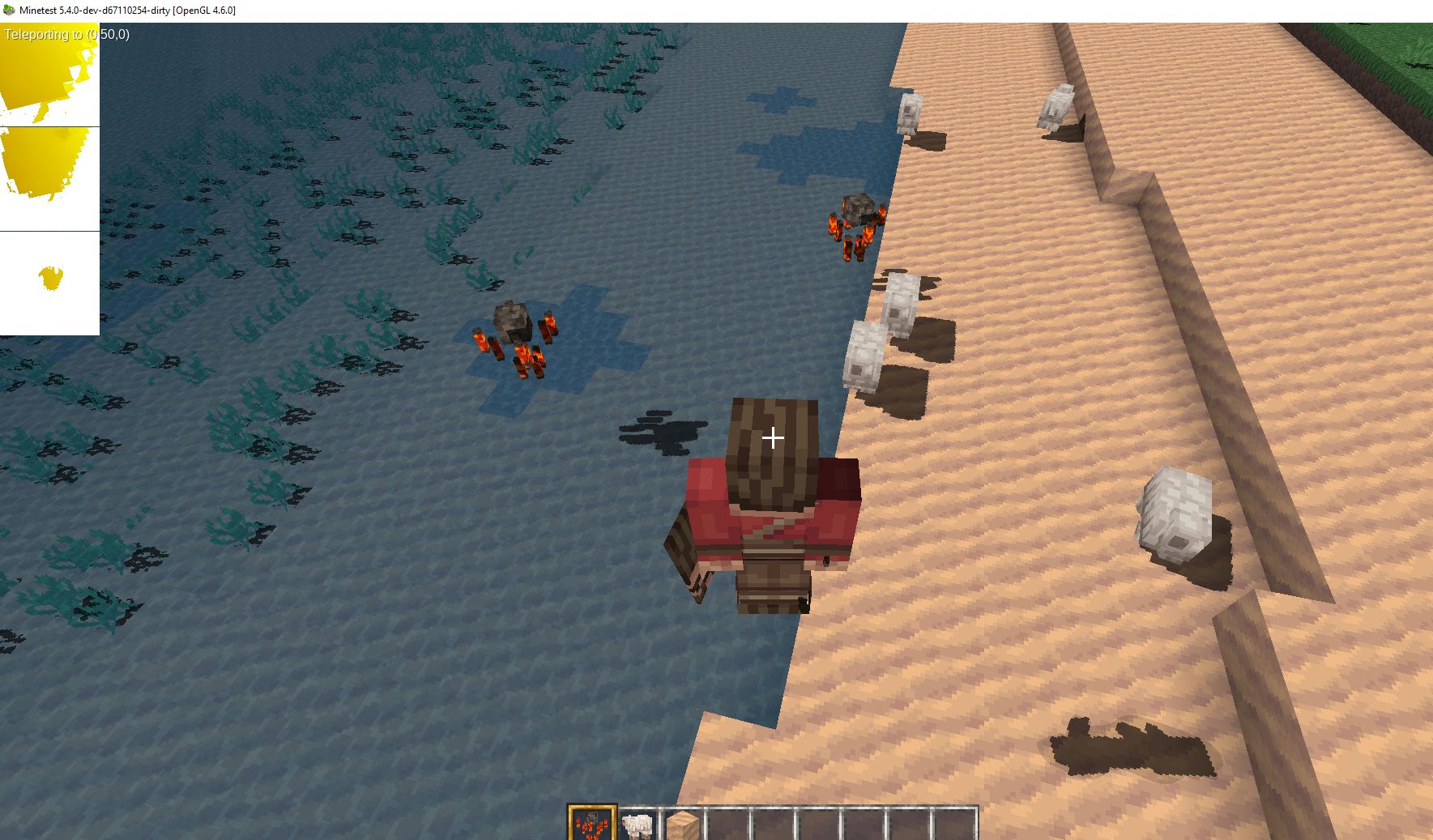 But it's in an early alpha version. It has lots of artifacts, the code is awful and it's not optimized in any way.

The above image got me curious, how are you feeling in regards to partially transparent, or colored things like water or stained glass? I know that keeping a narrow scope at the beginning of a project or part of a project is a good idea and this is certainly more in the light transport realm and less "shadows" I suppose, but I am curious how you feel about it. Being able to handle this would be great, as it would open up a lot of different possibilities for future light expansions in the engine/mods.


But it's in an early alpha version. It has lots of artifacts, the code is awful and it's not optimized in any way.

Isn't that how it always is? ;P It looks great for one person's work.

I guess using SM to handle sun's illumination in a more general way could be possible. Right now it's just discarding the transparent pixels. But with the material properties and color, maybe it's possible to do what you suggest.

Anyway, my personal opinion is to create a base SM system that could be upgraded, or even more...

Just to give a more extended explanation.
To do that, we need to handle the SM in the "main" shader, so we should pack the CMS information in one texture, it could be in a 3-4 subfrustums in the texture or using rgba as a shadow depth information, because we can only handle 4 textures(Irrlicht you know), an 2 of them are already been used.
With that information and the sun position ( direction ) plus the material information, we should be able to "modify" the shadow and lighting. Because at the end the actual illumination """is just""" the dot product of the normal with the light direction.

Disclaimer: I'm learning right now about all this stuff, so I have huge lacks of knowledge.
Liso. - My twitter -
Post Reply
81 posts