As I was unhappy with the intuitiveness and ease of use of the screwdriver for rotating nodes,
I created an alternative tool: the wrench. (not to be confused with the technic wrench,
which looks totally different, and serves a different purpose)

It comes in a wooden, steel, copper and gold version. The wooden version is disabled by default.

Example for the copper wrench:

The wrench has three major modes: Rotating wrench: Relative positioning wrench: Example: right-click a chest on its front side. Then punch any other chest on any side,
and that is where the front side will be.

To complete the crafting circle, an absolute positioning wrench can be crafted back to a
rotating wrench. 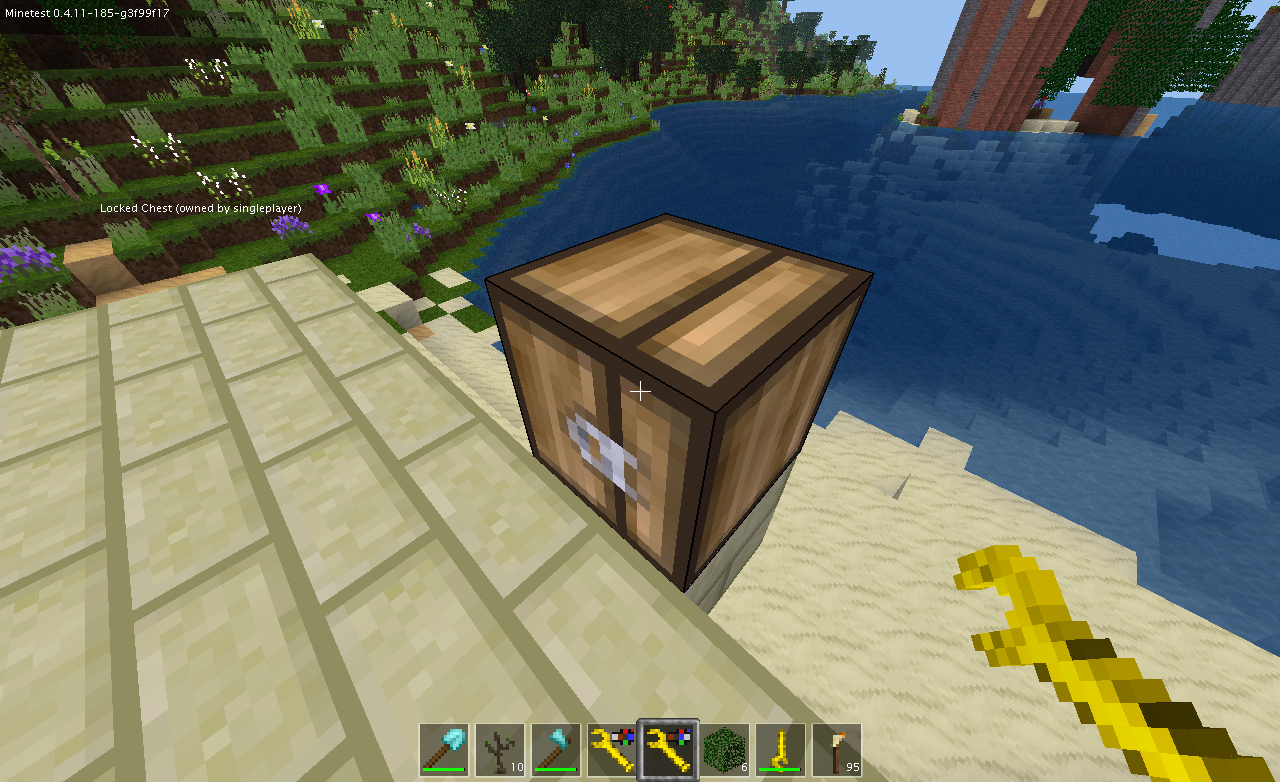 - API for other mods to define their own wrenches.

After unzipping, rename the directory to 'rotate' and place it in your mods folder.

Dependencies: default (optional; if you can do without the crafting recipe)

wrench_copper_crafting.png
(2.38 KiB) Not downloaded yet

wrench_copper.png
(565 Bytes) Not downloaded yet

Could you make the dependency on default optional, please? I guess this dependency is only there because of the crafting recipes.
Also, please don't say stuff like “None (except for default)”. “default” is a hard dependency, also it assumes that you have minetest_game (or a compatible subgame) installed, but not all subgames might have this mod. So this mod will not work in standalone subgames which are completely different from minetest_game.

With the code below you can check whether default is present and you can make the dependency on default optional:

Wuzzy wrote:Could you make the dependency on default optional, please?

I tested it once in Minetest the subgame and Empty. I got the same error both times.

I'm not quite sure yet, but from my investigation so far, I suspect that you may be using lua 5.1.
The bitwise operations I am using are (apparently) in 5.2, but not in 5.1 and earlier...

Could you confirm you are using lua 5.1 ?

In any case, I'll fix the bitwise operations issue.

-- Update: I fixed the issue with the bitwise operators.

I have Lua 5.2 installed on my system, but Minetest comes bundled with Lua 5.1 and so my Minetest uses Lua 5.1.
You can confirm for yourself which Lua version your Minetest uses by installing the luacmd mod and issuing the server command “/lua print(_VERSION)”. For me, it showed me “5.1”.

As far I know, this is intended by the developers; they want to stick to one Lua version to avoid confusion with mods. Maybe MAYBE Minetest will use Lua 5.2 in the future but I am not sure about that.

Therefore, you should currently only program in Lua 5.1. Lua 5.1 has bit32 instead, by the way.

Edit: OK, thanks. The mod now works correctly for me.

Wuzzy wrote:I have Lua 5.2 installed on my system, but Minetest comes bundled with Lua 5.1 and so my Minetest uses Lua 5.1.
You can confirm for yourself which Lua version your Minetest uses by installing the luacmd mod and issuing the server command “/lua print(_VERSION)”. For me, it showed me “5.1”.

From my CMakeCache.txt, it seems that my version uses lua 5.1 indeed - more specifically libluajit-5.1. Nevertheless, it *does* work for me... Probably it's luajit that provides bit.xxx() - or at the very least my version does.

Anyway, thanks for the feedback !

And good to hear it works.