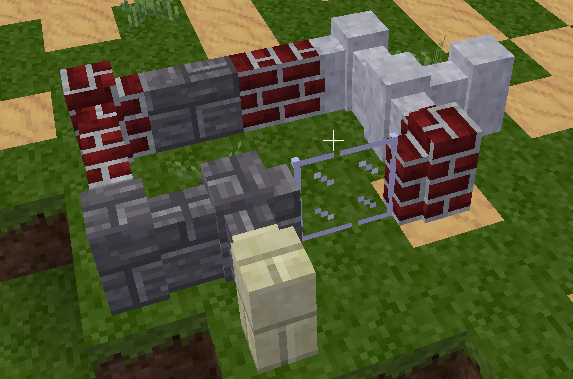 Xconnected nodes are like xpanes or xfences - they change their visual look depending on the nodes arround them. This mod needs less nodes than xpanes (only 5-6 instead of 15 per x-object) due to making use of the nodes symmetry and the option to set facedir values. Diffrent shapes can be used. The nodes connect to other xconnected nodes and to solid nodes. In contrast to xpanes, these nodes are not updated whenever something (else!) is digged, and thus cannot react to changes of their environment after they have been placed. If you want the node to re-adjust, dig it and place it again if needed. Automatic updates only happens to neighbouring xconnected nodes. The screwdriver can be used to rotate the nodes - don't complain about it looking odd if you use it.

Comes with definitions for panes, fences and walls and some sample applications of them. 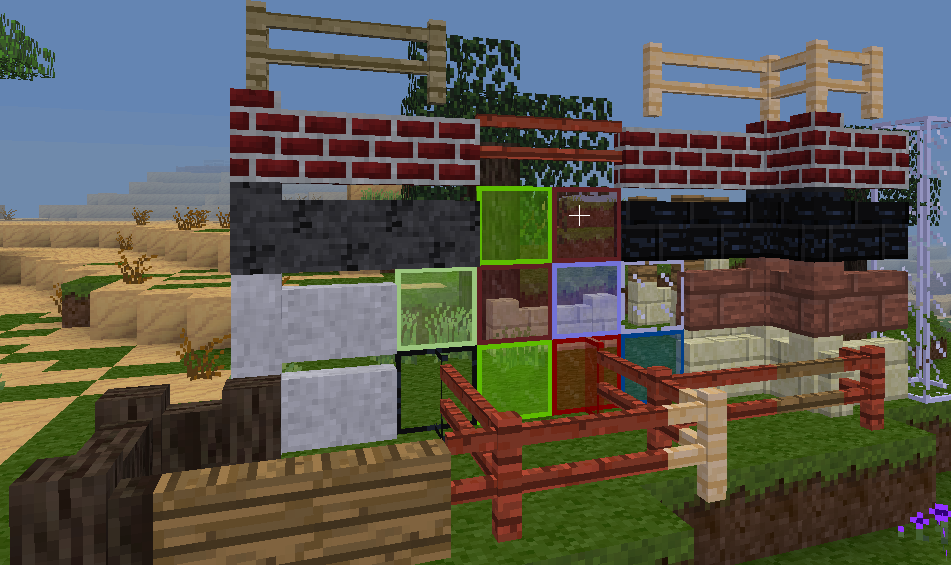 Changes in new version: fixed texture name for pine wood; changed wall node nodebox so that they can be stacked better; allowed for additional fence posts in long lines/walls to be added by punching the fence/wall with a node of the same type.

Oh wow! Haven't tested it yet but it looks great Sokomine!

Those walls are a great idea!
Could you add a paramenter to the register function, so it's possible to define the groups of that node?
About the dependencies: You use default textures, so you should add it to your depends.txt file.
Look, I programmed a bug for you. >> Mod Search Engine << - Mods by Krock - DuckDuckGo mod search bang: !mtmod <keyword here>

Krock wrote: Could you add a paramenter to the register function, so it's possible to define the groups of that node?

Good idea. I've added the parameter and changed the default node groups of fences and walls to something more fitting.


Krock wrote: About the dependencies: You use default textures, so you should add it to your depends.txt file.

I've added it now. Sounds and textures from default can thus be used. But the major part of the code is independent of such details. I'm not sure yet as to which versions (shapes with which textures) ought to be kept.
A list of my mods can be found here.

After a video on Youtube showed some shortcommings of the mod, those have hopefully been fixed now: 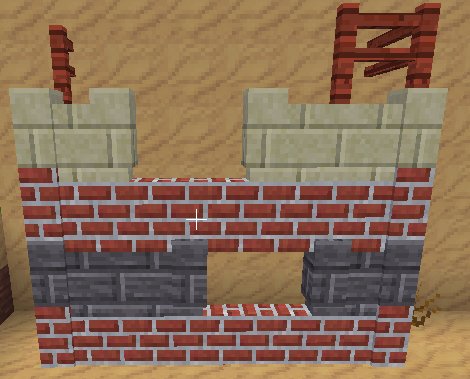 Walls now visually connect to each other vertically as well. This does not require any new nodes. It is achieved by making the nodes extend a bit downwards. The texture for pine wood fences was renamed, following the renaming of the texture in Minetest Game. 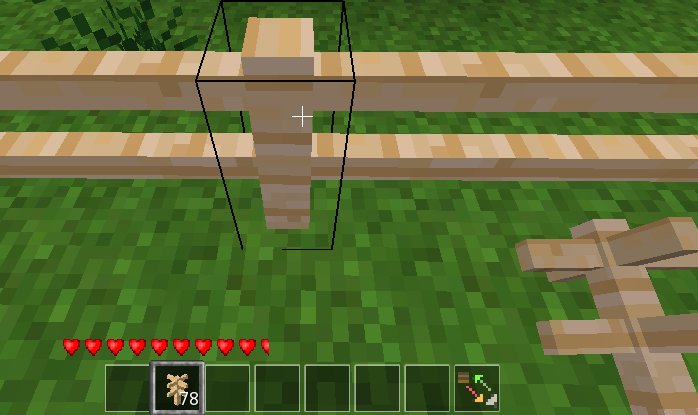 As too long fences (or walls) without additional posts inbetween don't look too good, a new node was added that contains a middle fence post and is connected at two opposite sides. You can alternate between the node without middle fence post and the one containing it by punching the fence (or wall) with the same node you used for building it. That way, fence posts will be where you want them to be, and not where an automatism thought they might be well-placed.

Also keep in mind that xconnected nodes only update when another xconnected node is placed. An xconnected glass pane for example won't connect to your chair, and you can also prevent it from connecting to solid nodes if you place the fence first and the solid node afterwards.

Craft receipes have been added in the way xdecor and xpanes used them already. I can't add a fourth attachment, so you need to consult your craft guide.

Please consider using my gates_long mod alongside. If you use fences and walls, you might need gates sooner or later.

xconnected_fence_middle.jpg
(48.45 KiB) Not downloaded yet

xconnected_fence_nomiddle.jpg
(47.59 KiB) Not downloaded yet

xconnected_wall.jpg
(40.23 KiB) Not downloaded yet

I guess somebody is watching my mod reviews ;)

Thanks for the fix, I'll be sure and update the info on my site.
I record Minetest videos, Mod reviews, Modding tutorials, and Lets plays.
Check out my website, and brand new Minetest Modding Course

Nathan.S wrote: I guess somebody is watching my mod reviews ;)

I was surprised when I saw it :-) It's a well-made review. Thank you for it! (And after all it inspired me to fix the bugs you pointed out ,-))
A list of my mods can be found here.

Awesome mod!
Question: is there a function to override default fences? Or (if there isn't) can it be added?

Update:
- fixed bug caused by group "pane" now having a special meaning
- added support for colorfacedir
- changed receipe slightly so that it no longer conflicts with trapdoors Martno wrote: Awesome mod!
Question: is there a function to override default fences? Or (if there isn't) can it be added?

Not really. Default fences might still be needed in craft receipes, and the xconnected fences would drop other nodes. You can let default fences when placed mutate into xconnected ones if you want to.

xconnected_receipes.jpg
(16.14 KiB) Not downloaded yet