Inspire is a little mod that gives players a craft item reward for exploring the world and building things. The reward is an "inspiration", which can be used to upgrade and duplicate materials, and make other things. The inspirations are not supposed to be rare or particularly valuable -- they just exist to encourage people.

Whenever a chunk is generated by the mapgen, anyone within a given radius (500 blocks by default) will be awarded a certain number of points. After they collect enough, an inspiration is added to their inventory.

Building is defined as placing blocks. More decorative blocks have higher point rewards. It's quite easy to game the system by repeatedly placing and digging the same blocks, or just dumping loads of dirt everywhere. I'm not all that concerned about making it more particular at the moment.

Note: only the default game blocks are awarded particular values. Any nodes added by another mod will default to double the value of dirt.

This is a work in progress.

The source is available on github.

Problems: None so far...
Believe in people and you don't need to believe anything else.

I removed the node upgrade recipes and added a recipe that gives you a random node back. 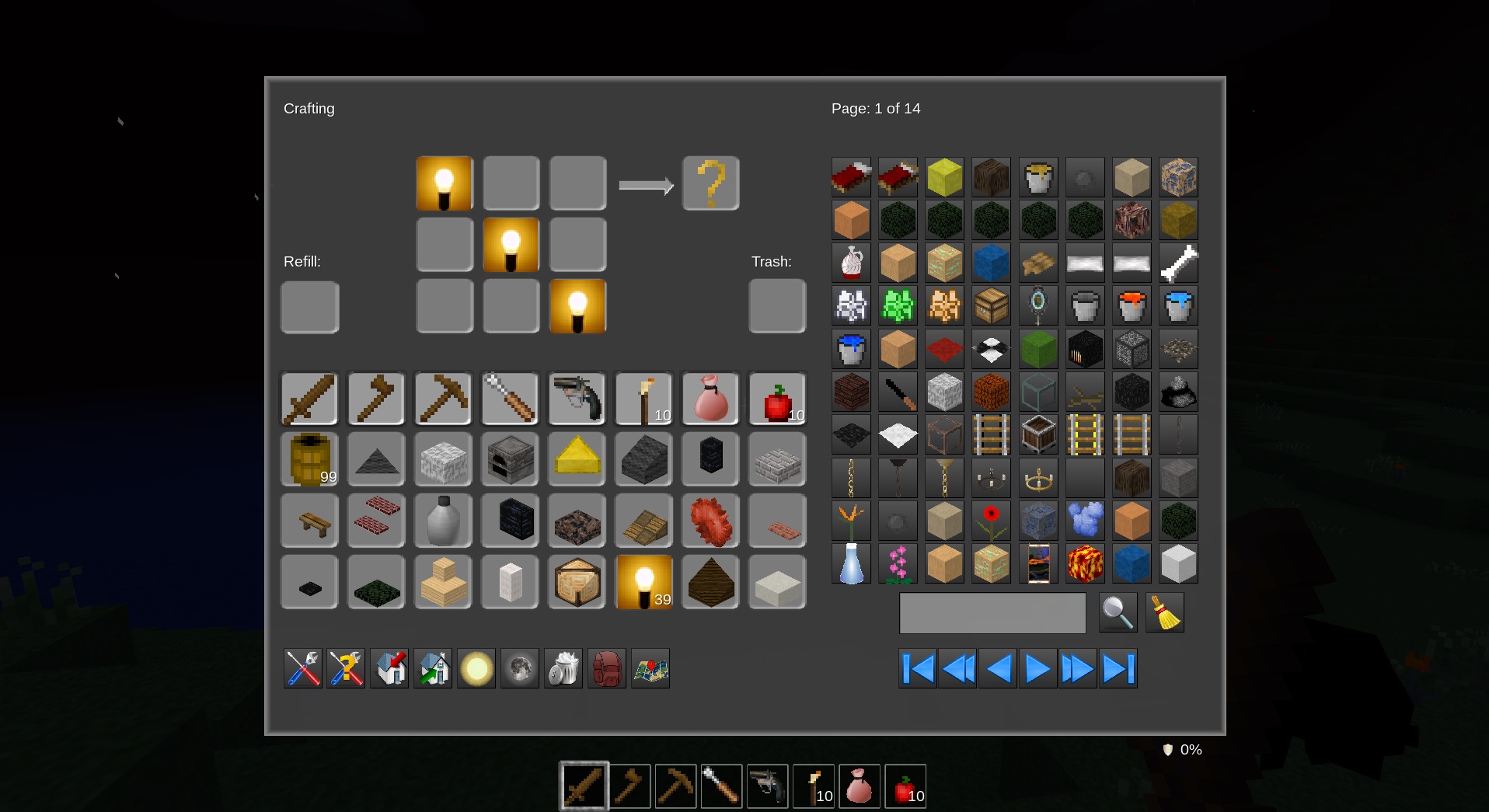 how did you figure the random node?
I can think of 2 ways that it might have been done
1.on_craft to remove the crafted item and return a random item
2.craft an item that can be used to obtain a random item
"A programmer is just a tool which converts caffeine into code"

Inspiration is also food for some reason ?
And it's like much too OP... How can I disable this ?

Lord_Vlad wrote:Inspiration is also food for some reason ?
And it's like much too OP... How can I disable this?