by azekill_DIABLO
+1 they are very nice!

by Scarecrowman
I really like what you've got started here. I think I'll try to install this tonight.

Maybe this would be the wrong place to ask, but I'm seriously considering making my own mods, (particularly mobs right now,) ... and I have no idea where to begin. I've done some entry level programming. (My strength is with graphics.) Would this NodeBox API be a good engine to use for making those custom mobs? And what programs would I be using to create them?

Scarecrowman wrote:I really like what you've got started here. I think I'll try to install this tonight.

Maybe this would be the wrong place to ask, but I'm seriously considering making my own mods, (particularly mobs right now,) ... and I have no idea where to begin. I've done some entry level programming. (My strength is with graphics.) Would this NodeBox API be a good engine to use for making those custom mobs? And what programs would I be using to create them?

This api is very extendable. I made it so that every function can be easily overridden for a type of mob or an individual. However, Mobs Redo is much more complete -- including farming functions, among other things -- and has documentation. This api has no documentation to speak of, though I'm working on some.

Nmobs is also intended for nodebox mobs, which don't have animation (but are easier to make). You can use regular mobs with it, including animation, but there may be some features missing. (I can't think of any.) Nodeboxes are entirely code, and you can jot them down from your head easily enough, though the Nodebox Editor makes it easier. However, they will always be statues that move around like monopoly pieces.

If you want to make animated mobs, you're going to need a 3D modeling program that can spit out MS DirectX 3D files or Blitz3D format files. Blender can do both with some coaxing, and I recommend it, but I don't find it easy or fun to use (hence the nodebox thing). If you only want to use others' models (and there are dozens or hundreds scattered about), any api will do as a start. Obviously I like mine best, but most people prefer Mobs Redo.

As for how to make mods in general -- the best way to learn is by doing. Read the doc/lua_api.txt as a reference, but first pick a mod you like, copy it, and start ripping it apart and putting it back together. If you want to do something, look for a mod that does it already, but don't expect to find one; this game has more possibilities than anyone has thought of yet. If you run into a snag, don't hesitate to post a question on the forum, but don't immediately accept anyone's statement that something is impossible.

by Scarecrowman
THANKS SO MUCH DUANE! At least now I have something to get started with. ;)

I like the kangaroo in particular. Very nice! Thank you. I hope they'll show up on servers. At least the smaller mobs. The larger ones may seem a bit odd due to not having any animation.

by duane
I've rewritten the status mod, so I had to make some changes to nmobs as well.

Right-clicking cows and sheep will give you milk and wool. You can only right-click once every three minutes, and you must be holding a bucket to get milk -- you don't need shears for the sheep though. nmobs supports my wooden_bucket mod, naturally.

I still use nmobs as my only mobs, and still love them, so I may eventually get around to making everything work.

Edit: I've (probably) fixed the altitude and time limits on mob spawning, and changed some more mobs to be nocturnal. (I didn't know that the brown bear is mainly nocturnal.) 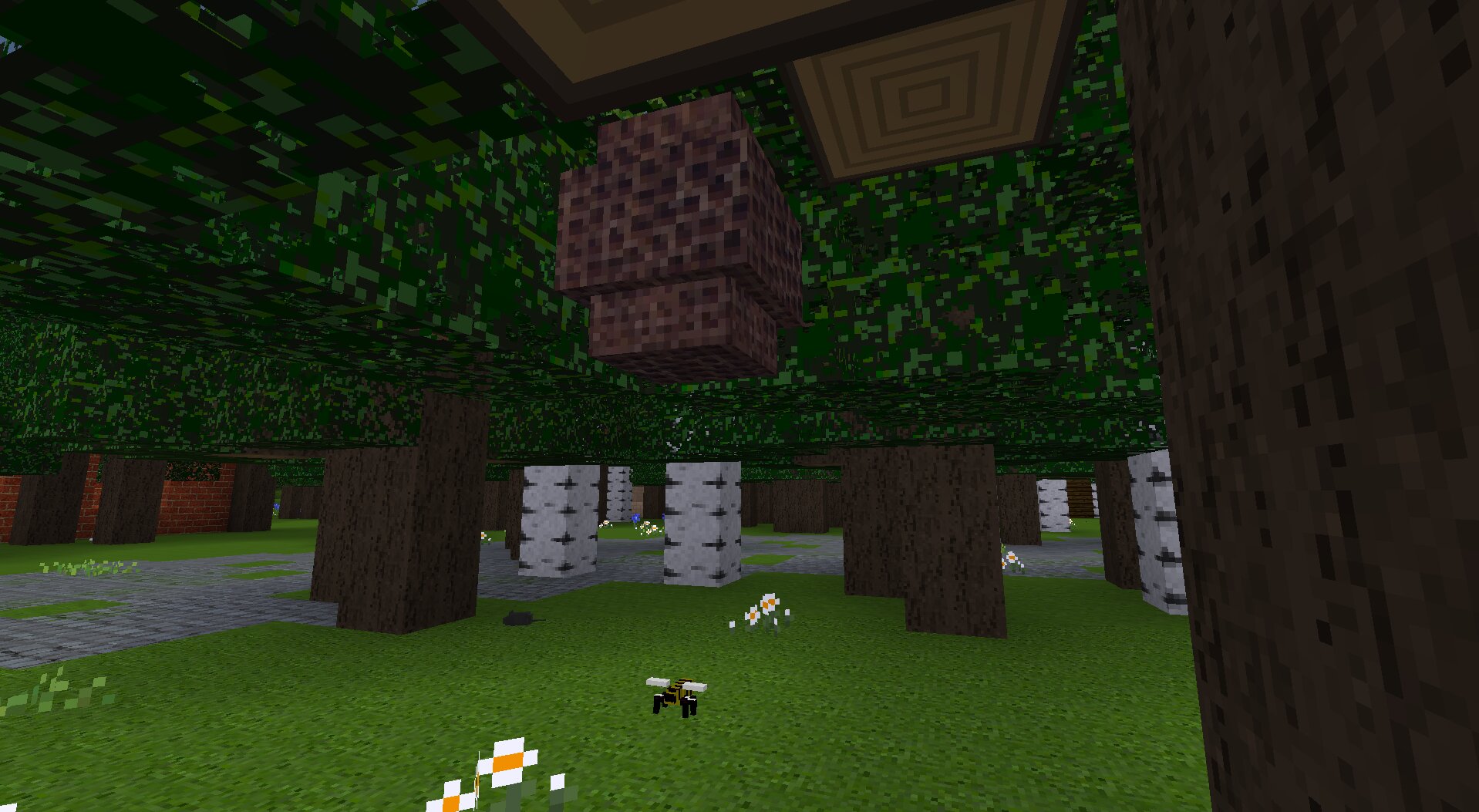 by duane
I've added a bit of random damage that cannot be stopped by armor. In Tunnels and Trolls, we called this spite damage. I don't think it should be safe to ignore any opponent, no matter how weak.

Skeletons now drop bonedust (similar to bonemeal), which causes plants to grow instantly. This makes hunting skeletons a lot more worthwhile. Leather now drops rarely from sheep, pigs, and goats. I also added some candles, made from beeswax and string. 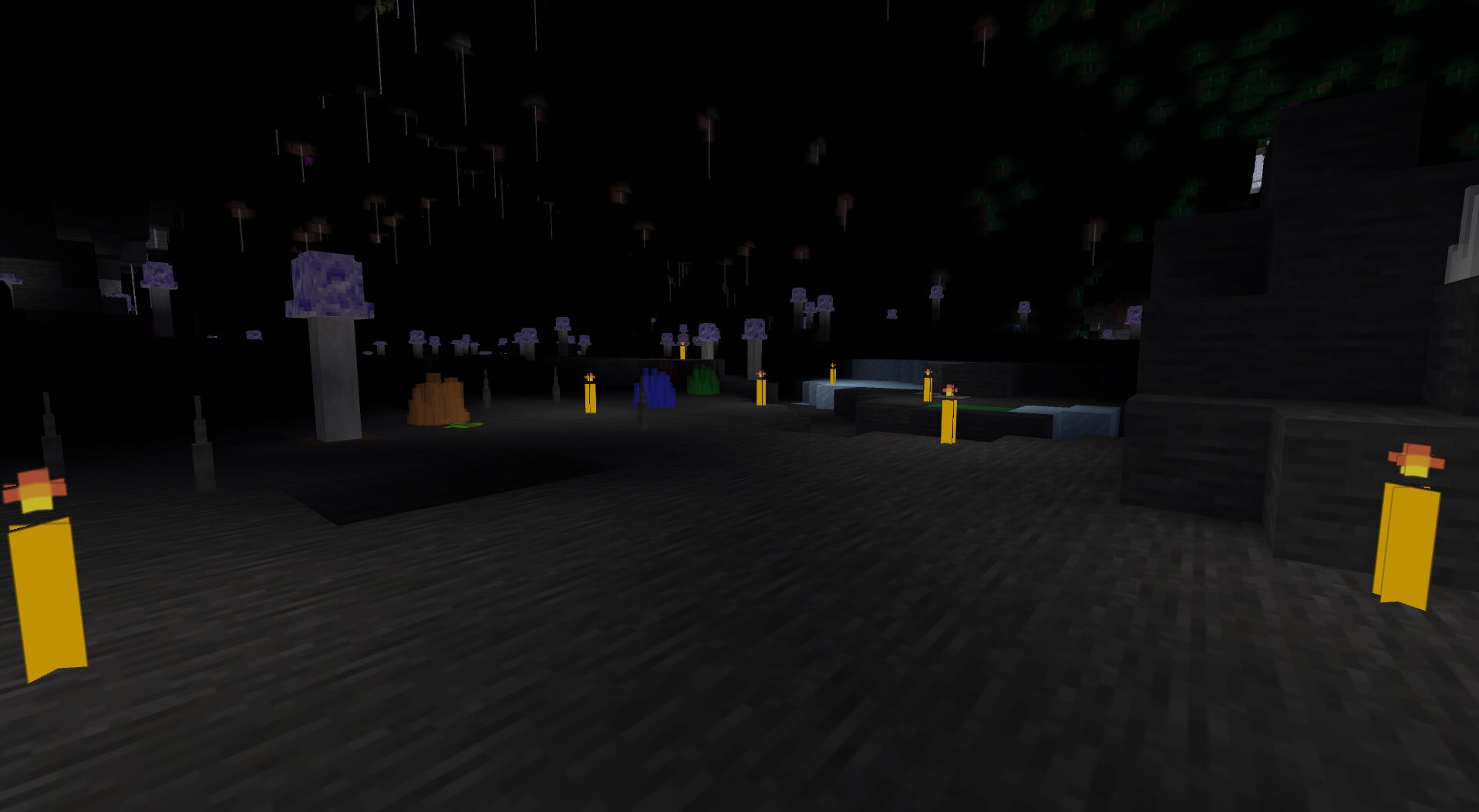 by duane
I've added an interesting feature. If you set the nmobs_worlds_end setting to a number, all mobs will be spawned tougher as time goes by. The number should be the number of hours before they reach maximum difficulty. The maximum is a multiplier of eight, by default.

This can make for a lively game if you set it to one hour -- within fifteen minutes, every mob will be twice as tough as it would normally be.

On an open server, this will mean that players who join later on will be dependent on older players or better starting equipment to keep up. Losing all of your equipment can be devastating. World's end is disabled (zero) by default.

by sirrobzeroone
this is really cool, I know no animations but the ability to add entities quickly and easily without blendering>>animating>>meshing, makes the engine far more accessible to users quickly :).

by duane
Thanks. It doesn't do much, but it does everything I need, so I use it full-time.