The Laptop mod is a group collaboration between Bell07, Toby109tt, veNext, Cross_over, v-rob, Grizzly-Adam and Yours truly lol.
We aim to make a working laptop inside of MineTest.
There is multiple different computers to choose from and to use.

All Default Laptop Icons Made By Cross_over
Email read and unread (beside email) by: Toby109tt

Does anyone have any suggestions for it?

There is an API documentation: https://github.com/Gerold55/laptop/blob/master/API.md

If you have questions about how a specific feature should be done, just ask bell07 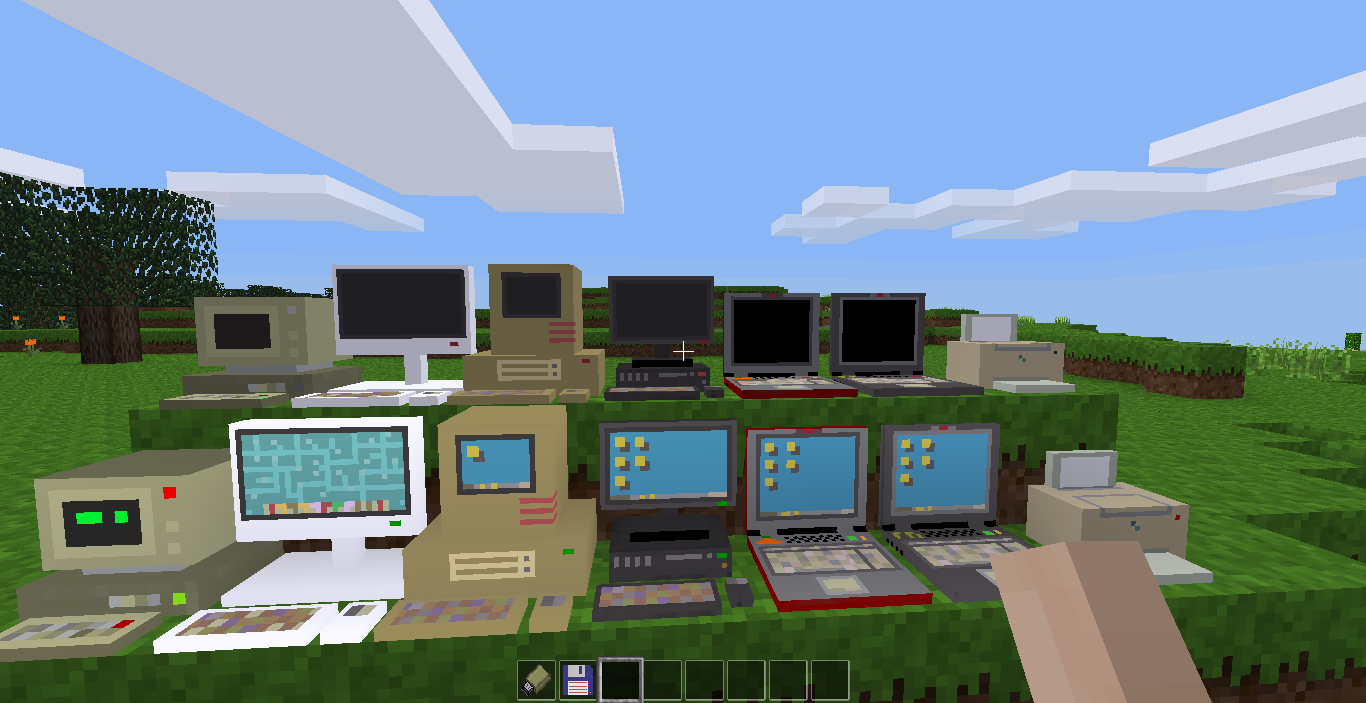 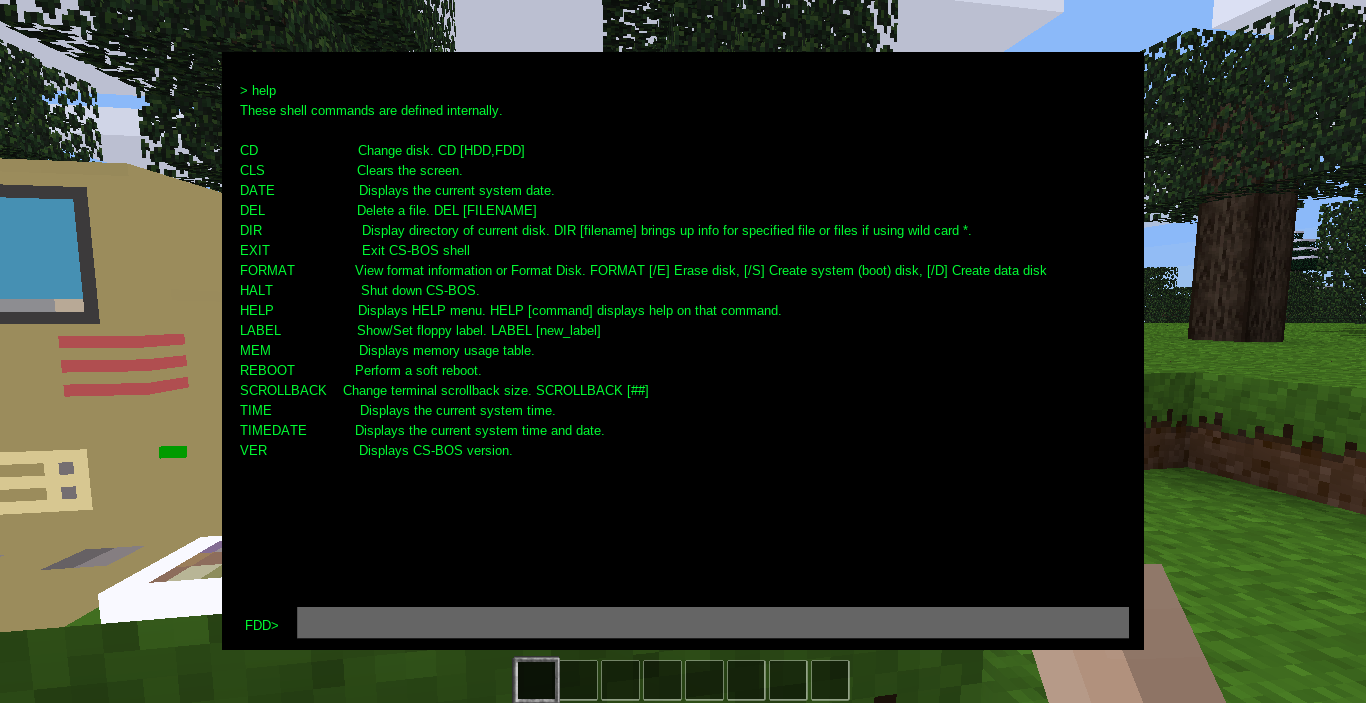 Use with MineTest 0.4.16 and above.
Rename mod to laptop.

i agree with this project! i totally love the idea, and i'm ready to help with formspecs!
ＯＭＩＣＲＯＮ - pre-release 0.7 "Tweaky Update"

UPDATE:
Adjusted inventory image. Fixed the inventory code/cleaned it up.
Jesus Is Lord and Savior!!!

v-rob wrote:Finally! A computer that will be more than decoration!

You should make it look like an actual computer when you use the computer. Have a good desktop background with file folders and/or a taskbar that direct you to the accessories. In other words, you click on the program icon (like a picture of a notepad) and it directs you to whatever it is (the notepad).

Add a help sort of thing similar to this

A file that appears specifically for explaining how the computer works that opens the moment you start the computer for the first time.

Multiple notepads could be saved. This would result in a notepad folder, where notepad files are stored. It does need a delete function and maybe a limit to the amount of documents. (You should also make sure that you can scroll down and up or have multiple pages in the folder and the document. Books can't do either, and it is annoying when typing something very big)

Spreadsheet documents. Maybe ten to fifteen rows and columns at most. Also printable. Have some basic spreadsheet functions. They would have a folder like notepad documents.

A calculator. The more advanced, the better. If you make a full graphing calculator, then I have no complaints :-)

To email someone else, type in their server/multiplayer name in the Email search bar. They should pop up. Emails should have a delete function and a spam function. Marking people as spam makes it impossible to receive Emails from them. Unmarking them should also be allowed.

Music player. Make it highly customizable for players. Only the player that owns the computer can hear it, though. The song should repeat until player stops it or changes the song. Might have to use client side modding for this, so I don't expect it to happen.

Bank accounts. Players should be able to buy and sell things with money. Buying and selling online (not with other players) should exist as well as with other people. Online stores should change their prices within a set range periodically.

Trading/buying and selling with other players should have a chat function for bargaining. There needs to be a create trading post/store button in the trading interface. In the title, say exactly what you are selling and for what. A search bar will be used to find these trading posts/stores.

Make a good mesh node that makes a nice slim computer. Add a texture for a computer that is on (probably only showing the desktop background). Make a monitor with the same functions (I like monitors better.). Lastly, add optional HD textures.

That's all that I have, but it's a lot more than I thought I would suggest, and it took me a long time :/
I think it was worth it though. This mod has huge potential.

Well I've found this mod viewtopic.php?f=9&t=14464 for the emails just gotta figure how to implement image button w/o text and to incorporate other mod into mine that intertwine with the laptop & Computer (WIP;Not Done Yet). Any suggestions? Anyone willing to help out some? I've got the idea I'm still a noob @ lua but I'm gonna be adding as much as I can to the laptop. So if u wanna contribute to it let me know.
Jesus Is Lord and Savior!!!

you could also add a kind of terminal in lua for the computer!
ＯＭＩＣＲＯＮ - pre-release 0.7 "Tweaky Update"

Some proposals:
In homedecor_modpack there is a "Arcade" computer with the tetris game
We have some trading mods you can integrade for "mobile home banking"
Lua does have an "os.call()" so it is possible to write an interface to the "Real" Host the minetest runs on.

Maybe you get the infrastructure / an API working at the first. My proposal is to create an function

For complex fomspecs you can get a look to the smartfs or my enhanced fork I use in smart_inventory.
List of my mods and my subgame (why not?)

bell07 wrote: Maybe you get the infrastructure / an API working at the first. My proposal is to create an function

NVM
Jesus Is Lord and Savior!!!

UPDATE:
Added a monitor
Edited how to operate the computers (WIP)
Added a proper readme and license documents
Jesus Is Lord and Savior!!!

i had an excelent idea: there is some time, a guy realised the exploit of embeding a working browser in a formspec, and he managed to go on youtube from minetest!
ＯＭＩＣＲＯＮ - pre-release 0.7 "Tweaky Update"

Ooh, maybe an admin app or an in game minetest wiki.
My modding team: https://github.com/basilea-rhomaion

Update:
Added a brand-new computer to the mod.
Jesus Is Lord and Savior!!!

maybe use this MC mod for some ideas?

I'm trying to figure out, which is better, this mod or octacian's mod?
God's not dead! -- My Discord Server, My GitLab Account, My Mods, Favorite Servers, Youtube Channel

which one? (OM*G what happened to your profile pic?)
ＯＭＩＣＲＯＮ - pre-release 0.7 "Tweaky Update"

Lone_Wolf ductaped me because he thought I talked too much :(
God's not dead! -- My Discord Server, My GitLab Account, My Mods, Favorite Servers, Youtube Channel

I am still looking for some developers help to work on this mod. Please!!!!
Jesus Is Lord and Savior!!!


Many updates and advancements are happening thanks to bell07. :)

By bell07
Jesus Is Lord and Savior!!!

Primary I did work on the framework as I am not a UI-Guy.
Now I wrote the API-Documentation: https://github.com/bell07/laptop/blob/master/API.md
The App-Development can be started for now ;-). For example the demo2 App to get the feeling

I think the most important part is to get the launcher-app eye-candy ;-)
List of my mods and my subgame (why not?) 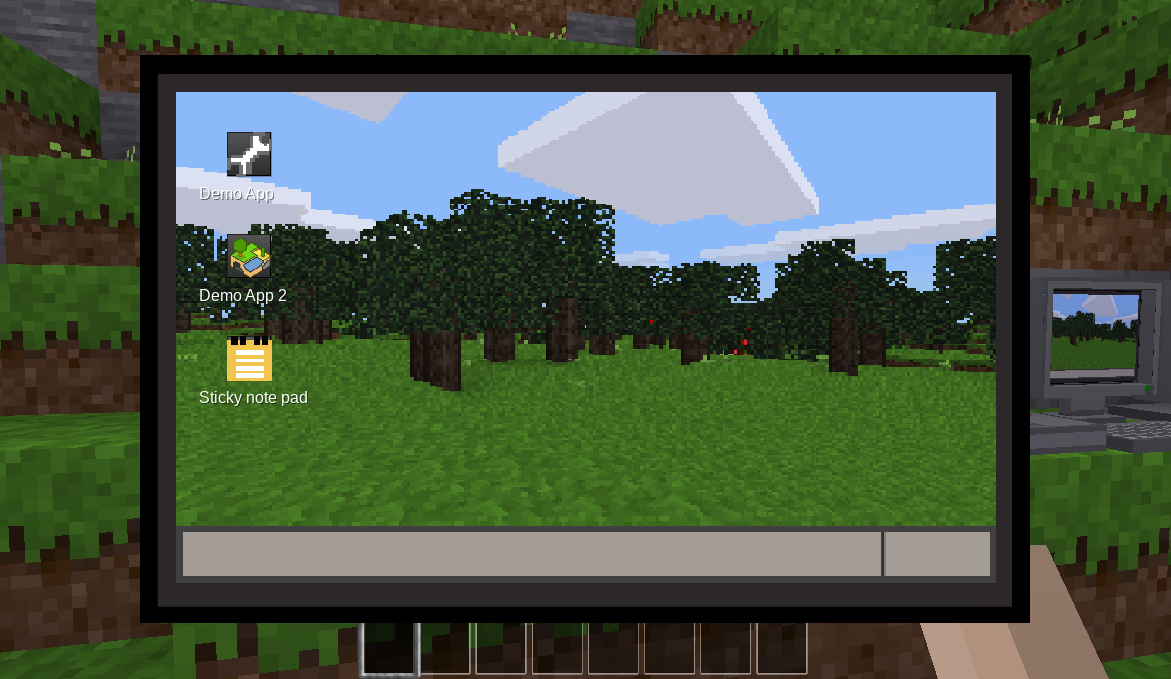 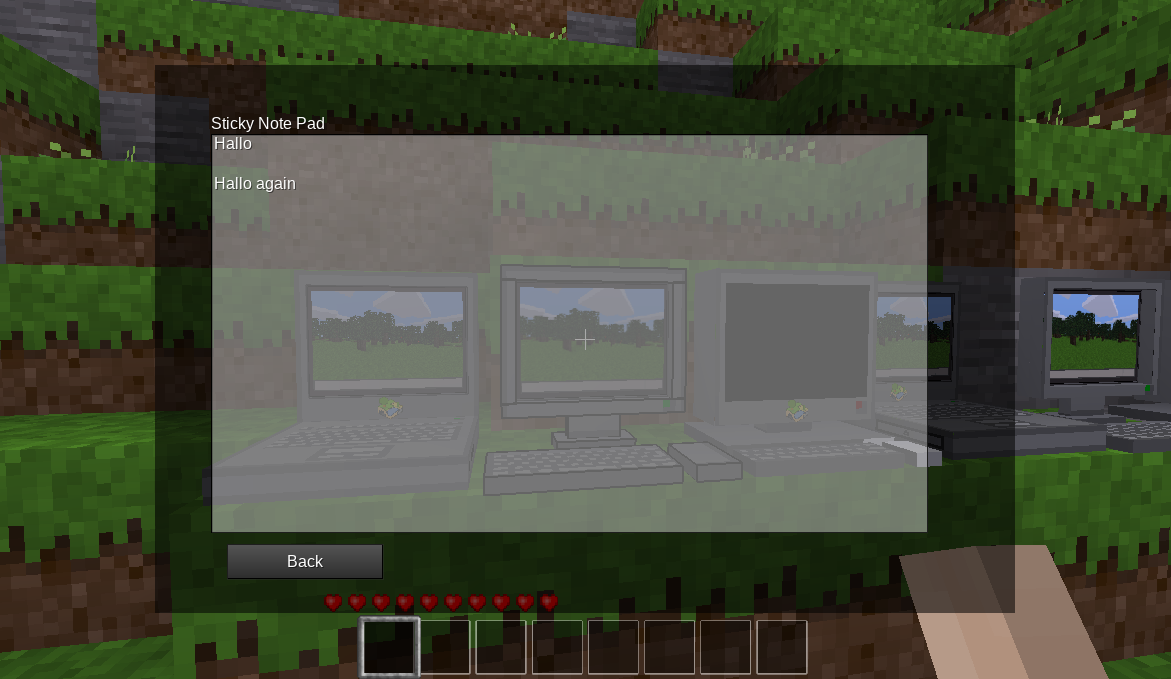