by gpcf
This mod adds a feedlot that automatically feeds mobs from mobs_redo. This way, you can feed and breed mobs on an industrial scale. The feedlot is pipeworks-compatible, so you can always keep it stocked. 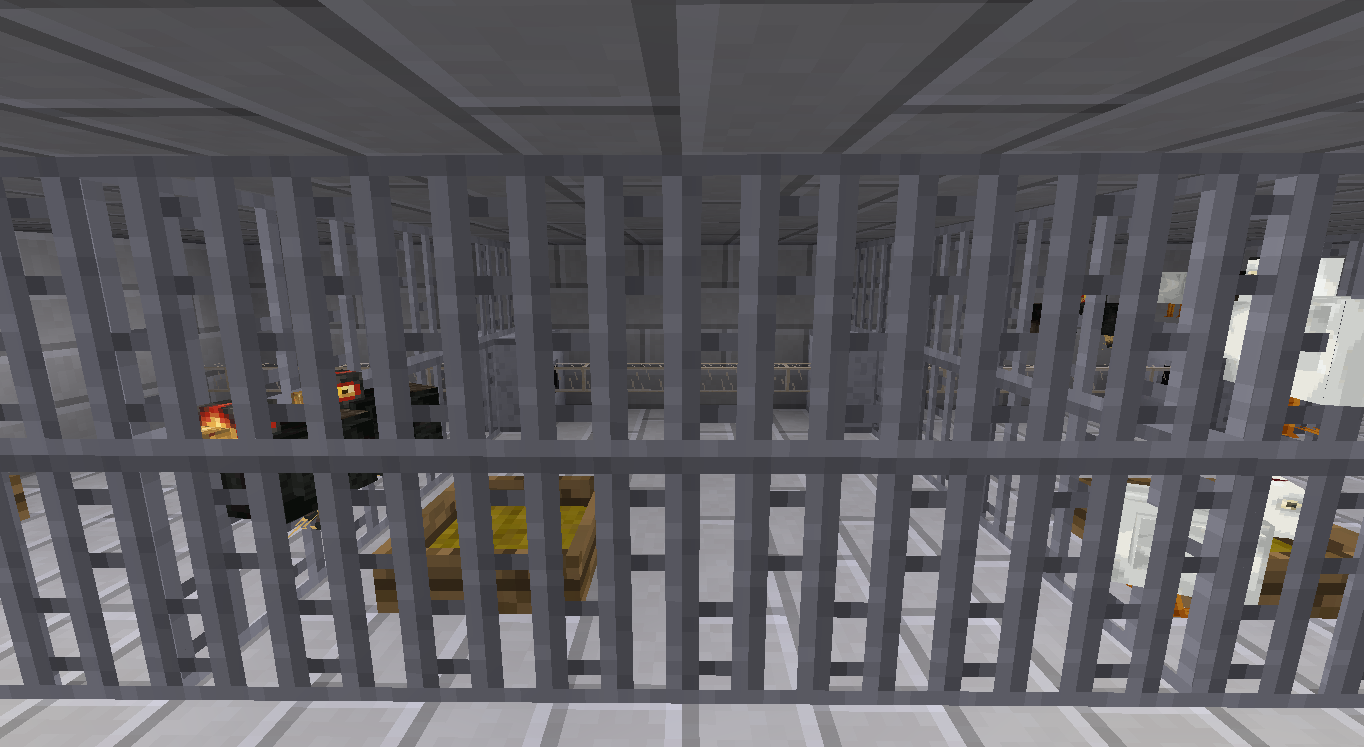 by Chem871
Sweet! Could you make it hopper- and tubelib- compatible?

by gpcf
I've never used neither of these mods, if you want, you can write the code and then generate a pull request using

by azekill_DIABLO
Very nice! But i feel some ecologists coming!

by ChimneySwift
Huh! This is brilliant lol.

by gpcf
A milking machine is in the works to milk cows automatically.

by gpcf
Milking machines have now been added. Still needs a bit of work, but it will be done today.

by Chem871
Do you have to put empty buckets in the milking machine for it to work?

by gpcf
yes, you put empty buckets in it, they get filled with milk. Use a filter/ejector to eject them for further processing.

by Sokomine
I'm not sure if industrialized livestock farming as such is a good idea. It'll increase the amount of mobs that roam around and may eventually lead to too many entities in one mapblock.
Other than that...a feeding machine and a milking machine could certainly be very decorative for farms. Having a nice crib that can be placed as decoration would be highly welcome. The crib may be very attractive to the mobs and keep them from running away. Even wild deer might stay there in winter.
I don't like the way animals reproduce in mobs_redo. It's kind of an insult to have them throw hearts around when fed. The way the animals modpack does it - feeding your animals through feeding places, and if there's enough food, they'll figure out offscreen how to get offsprings sooner or later - is much more to my taste.
A few screenshots would be nice :-)

by 12Me21
You should use "group:wood" in the feedlot recipe, so it can be crafted with all types of wood.
EDIT: The milker duplicates buckets. This is not entirely your fault, and to fix it requires a change to the mobs_animals mod: https://notabug.org/TenPlus1/mobs_animal/pulls/2
All times are UTC
Page 1 of 1