Very simple form to select an item (mod is only required as dependency). 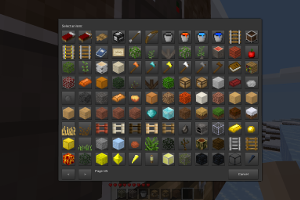 This mod is useless on its own, but it is supposed to be used by other mods.
As a modder, when you were designing a formspec, did you ever felt the need for allow players to specify an item without falling back to using plain itemstrings or other ugly methods? Then this mod might be useful, I guess. xD

This gives you a function which shows a simple form with a field of item buttons, one button per item. You can filter the items to display by criteria of your choosing (e.g. all Creative items, or only items with the group “crumbly”). When the player clicks a button, a callback function is called so you can do something. That's it!

API documentation is given in the API.md.

Version 1.0.0 of this mod has been released!

The API has been finished, tested and stabilized.

Here's an usage example, in L-System Tree Utility. This is a more convenient way to select a trunk node: 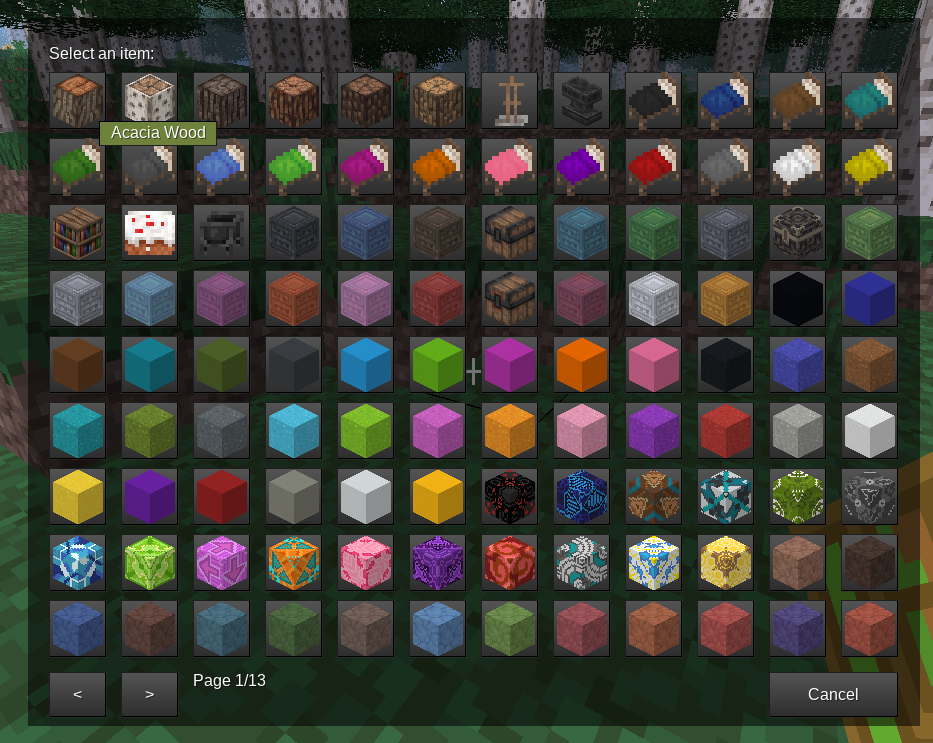 This is realy useful for creative mode.

Users browsing this forum: No registered users and 14 guests