Ok, I've got (some of) floaters converted to realms. Feel free to use it. If nothing else, it might serve as another simple example. 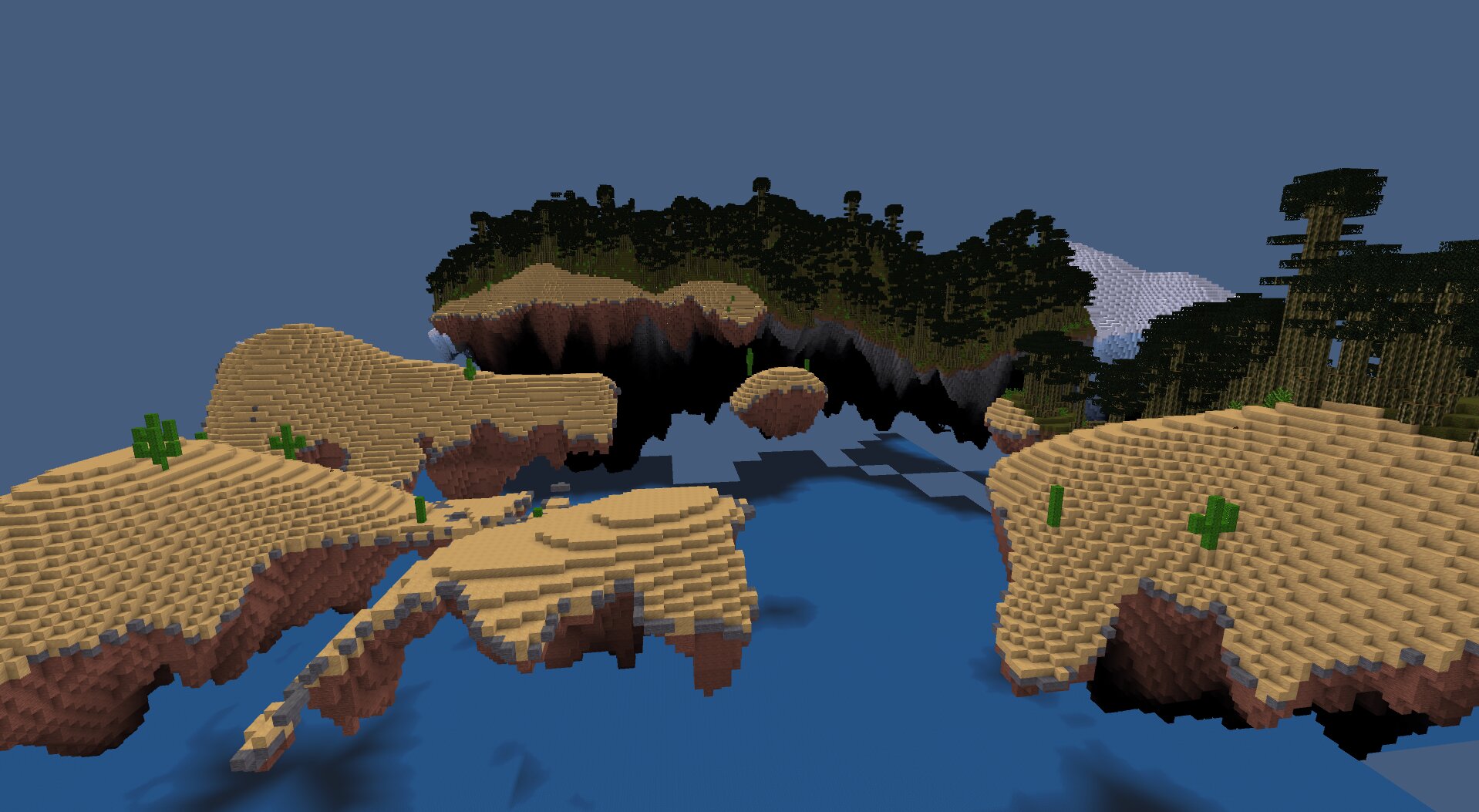 However, I had to make this change in order to get it working:

I also suspect I'm not handling the biomes right, as they're behaving very oddly. I get transitions from hot desert to jungle to ice. Part of that may be the fact that the floaters are higher than some terrain, but I don't think that's the whole problem.

And, the decorations are not in the right places (I suspect in the X-Z plane, since it tends to show on slopes).

I have a question for you, Kilarin. I've run across a peculiar bug that Realms seems to be immune to, and I haven't been able to figure out why.

I built a simple tg_ file that does nothing but fill every chunk with stone, and I ended up with irritating gaps like this. 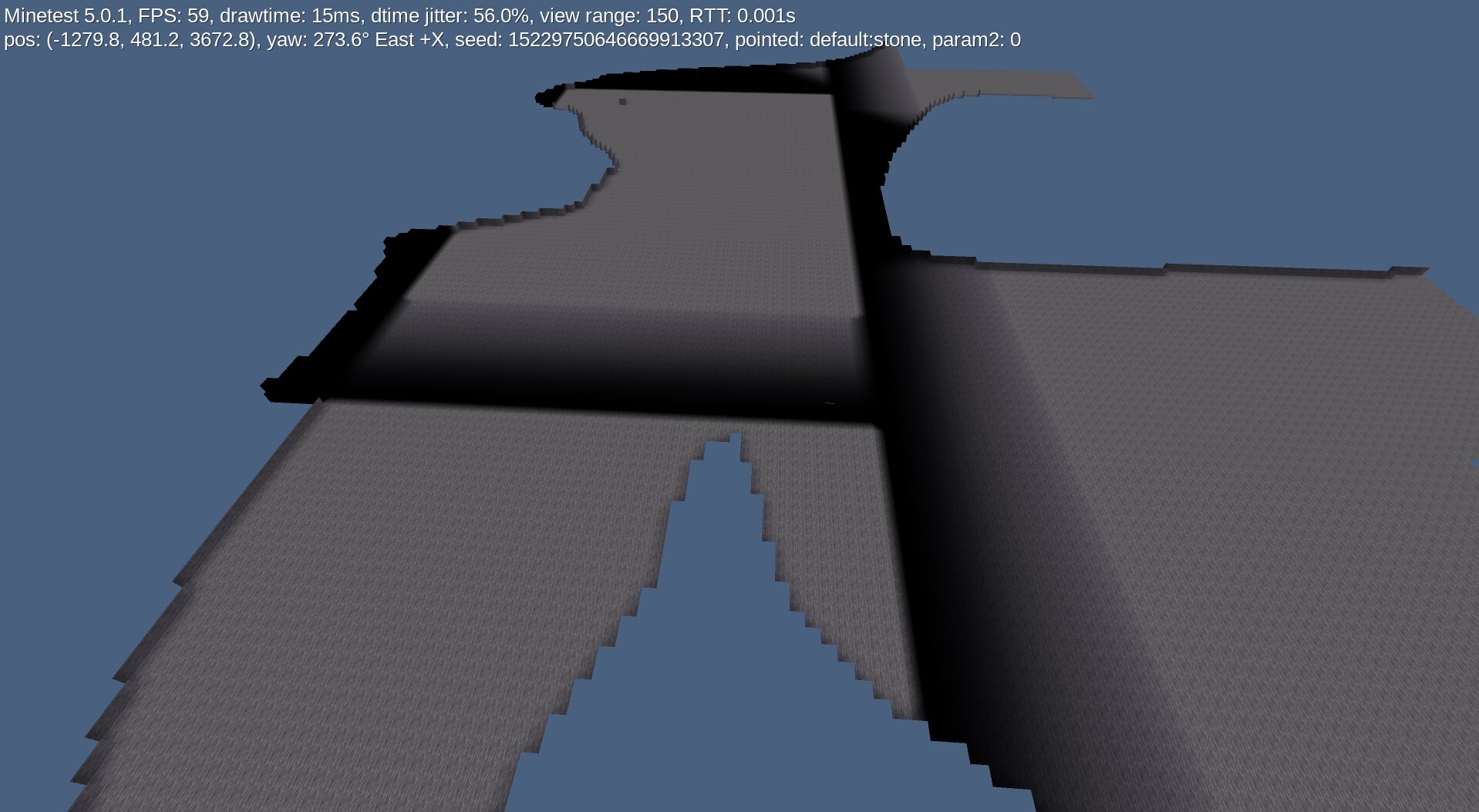 That's a one meter high gap in a peculiar pattern (seen from above). After a lot of experimenting, I discovered that it's caused by a bug in mapgen v7, which is overgenerating air into previously generated chunks. Turning off ridges gets rid of the problem.

However, Realms isn't affected by this (on the same system, with the same tg_ file). Can you tell me what you did to avoid it? Are you overgenerating chunks or prefilling somehow?

Edit: Well, never mind. I managed to duplicate the problem in Realms. I guess the only fix is to turn off ridges.

I've added tg_dflat to the github site above with pond generation that mostly works. Again, there are some issues with biomes and the way you've changed default:water_source.
Believe in people and you don't need to believe anything else.

I've added flat caves to the floaters github site. It produces some nice caves that are open in the X-Z plane, with columns, rugged terrain, and varying amounts of water. 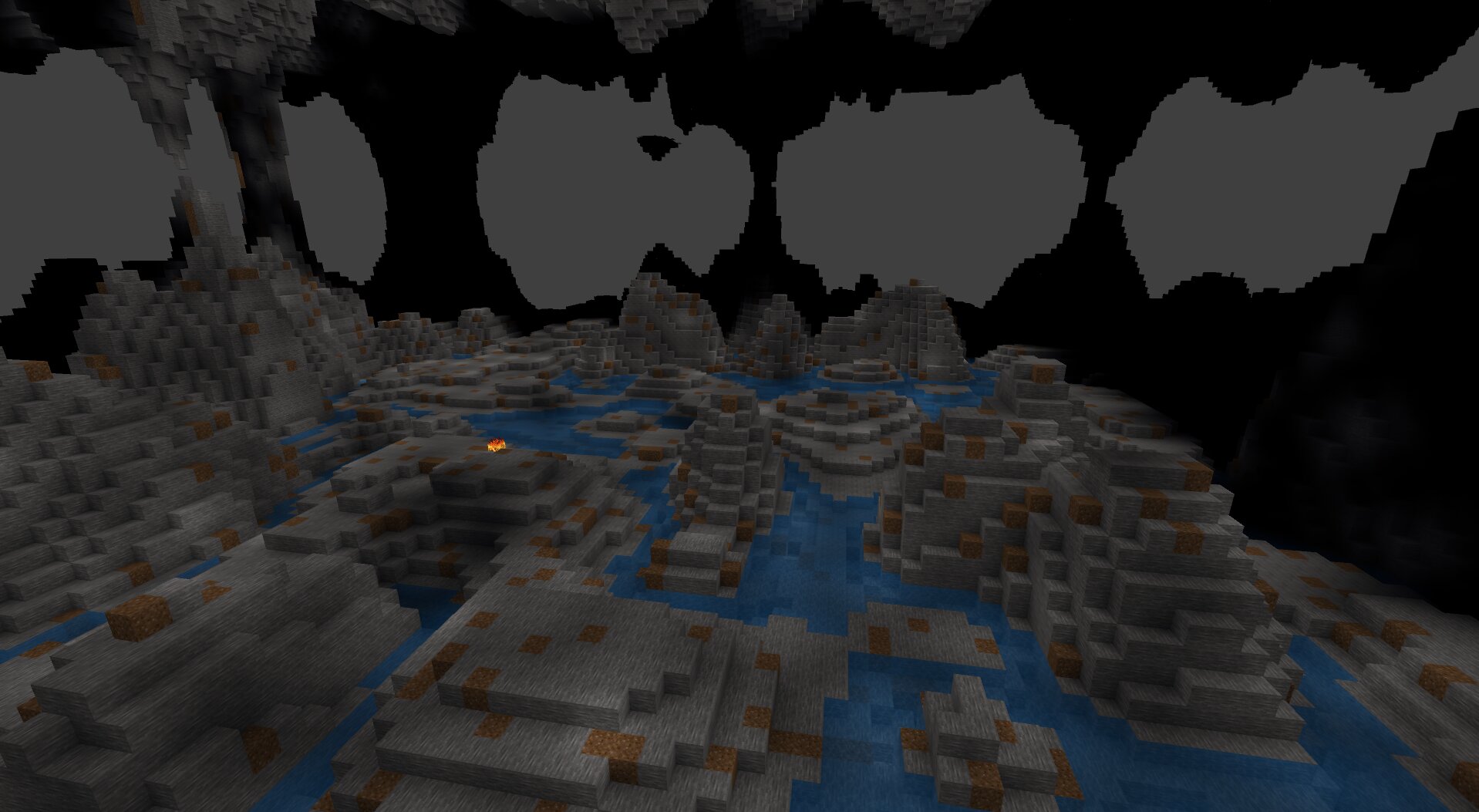 Note that multiple levels will be produced, if you specify more than a hundred meters or so of Y range in your realms.conf, each with a random height.

Wow! Lots of cool stuff here Duane!
I apologize most profusely for my lack of response here folks. I am still buried under and simply have not had time to get back to this. Things should quiet down by next week, I hope. In the meantime, I thank you for your patience.

> That's a one meter high gap in a peculiar pattern (seen from above). After a lot of experimenting, I discovered that it's caused by a bug in mapgen v7, which is overgenerating air into previously generated chunks. Turning off ridges gets rid of the problem.

https://github.com/minetest/minetest/issues/7878
I need to move the carving of rivers into the main generation loop, will try to do so for 5.1.0.

hey folks.
Yet another quick update and apology. Work, family, and other obligations are still keeping me very busy. My apologies. I haven't abandoned the project, and I'll get back to my open source obligations just as soon as the other more important obligations get under control

hello folks.
Life and work are still keeping me running ragged. Sorry for the long gap in development. I DO hope to get back to this project sometime. Hopefully sometimes soon.
Post Reply
33 posts