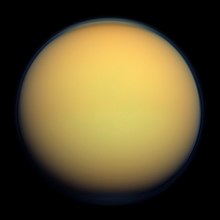 This mod overrides the default terrain and replaces it with Titan, a moon of Saturn. Arguably, Titan is the most interesting moon known. The player can explore hydrocarbon dunes, ice pebble lands, and hydrocarbon lakes, and watch the fast moving clouds, Saturn, and the stars. If the player goes above y=1000, the skybox changes so the atmosphere disappears.

A new liquid called "Liquid Hydrocarbon" is commonly found on Titan. It can be collect by buckets. “Alien crystals” line the liquid hydrocarbon lakes and rivers. In order to destroy an alien crystal, you must break the crystal and replace the hydrocarbon sand node beneath it with some other node.

Currently the player cannot survive on Titan (they can breath, but there are no trees or ores for them to mine) and there is no oxygen system like the one in the vacuum mod. I plan to make hydrocarbon sand a fuel and make ice-blocks meltable into water in a furnace. I also plan to make a realms version of this mod. Liquid hydrocarbon rain, cryovolcanoes, and a subsurface water ocean could also be interesting additions.

The code is licenced under LGPL 2.1 and the textures are licenced under CC-BY-SA. Textures have been taken from or modified from Minetest Saturn by Foghrye4 and default by the Minetest development team. The skybox code is modified code taken from viewtopic.php?f=9&t=13775&hilit=skybox by emperor_genshin. 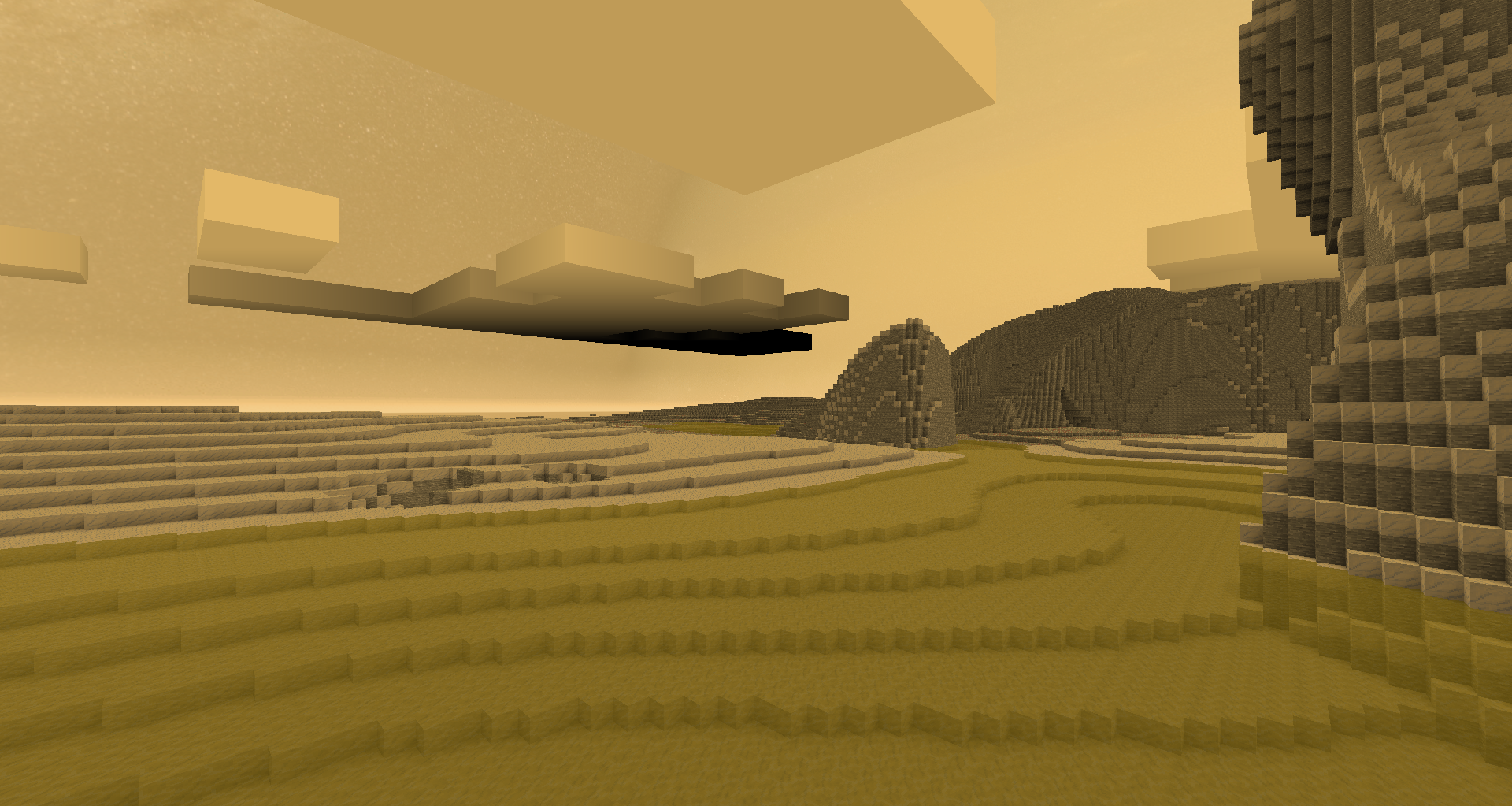 A normal day on Titan. This picture is outdated because alien crystals have been added. 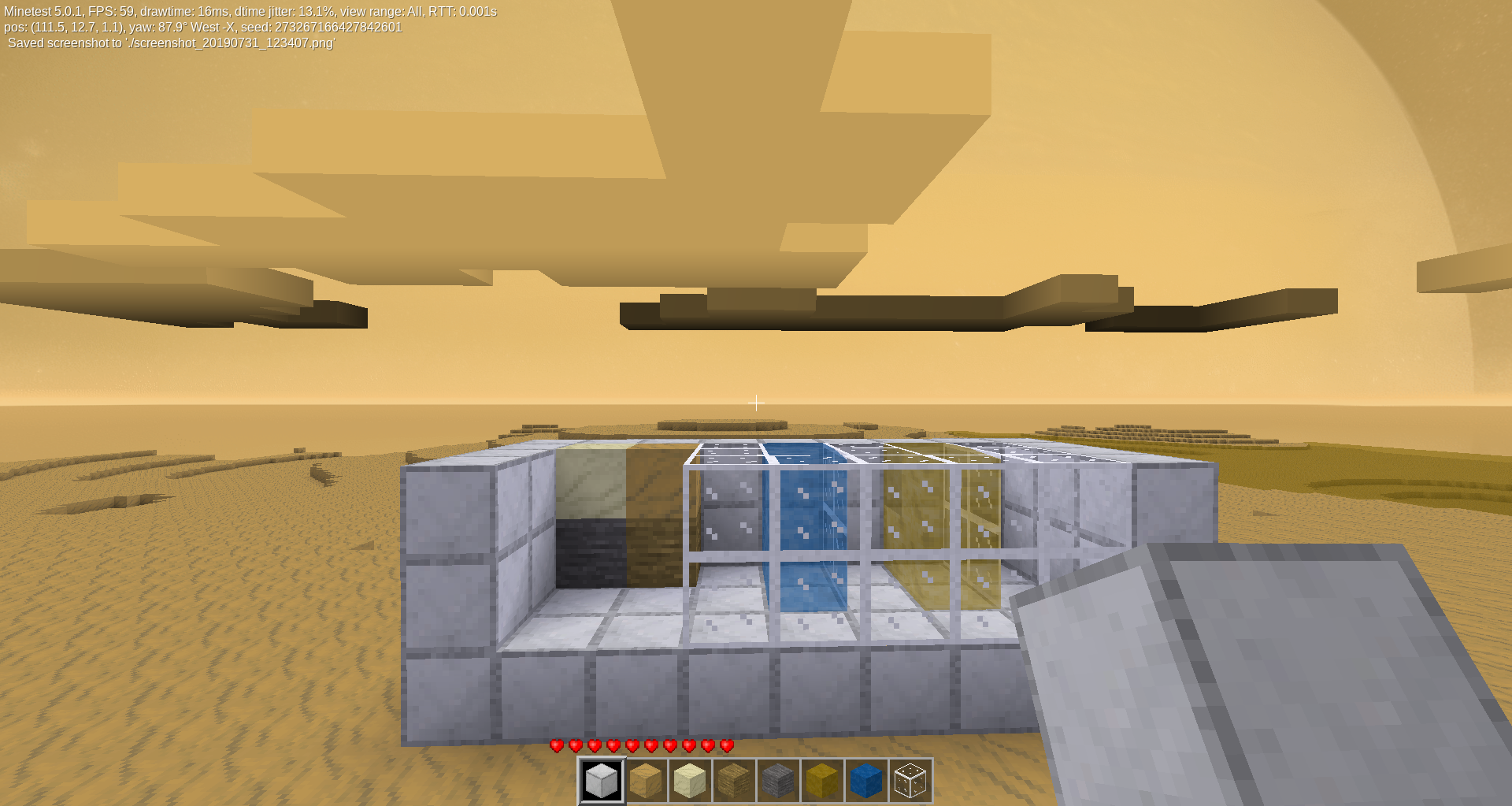 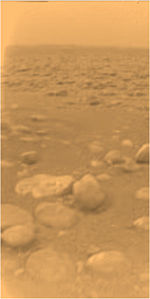 The only image taken from Titan's surface. 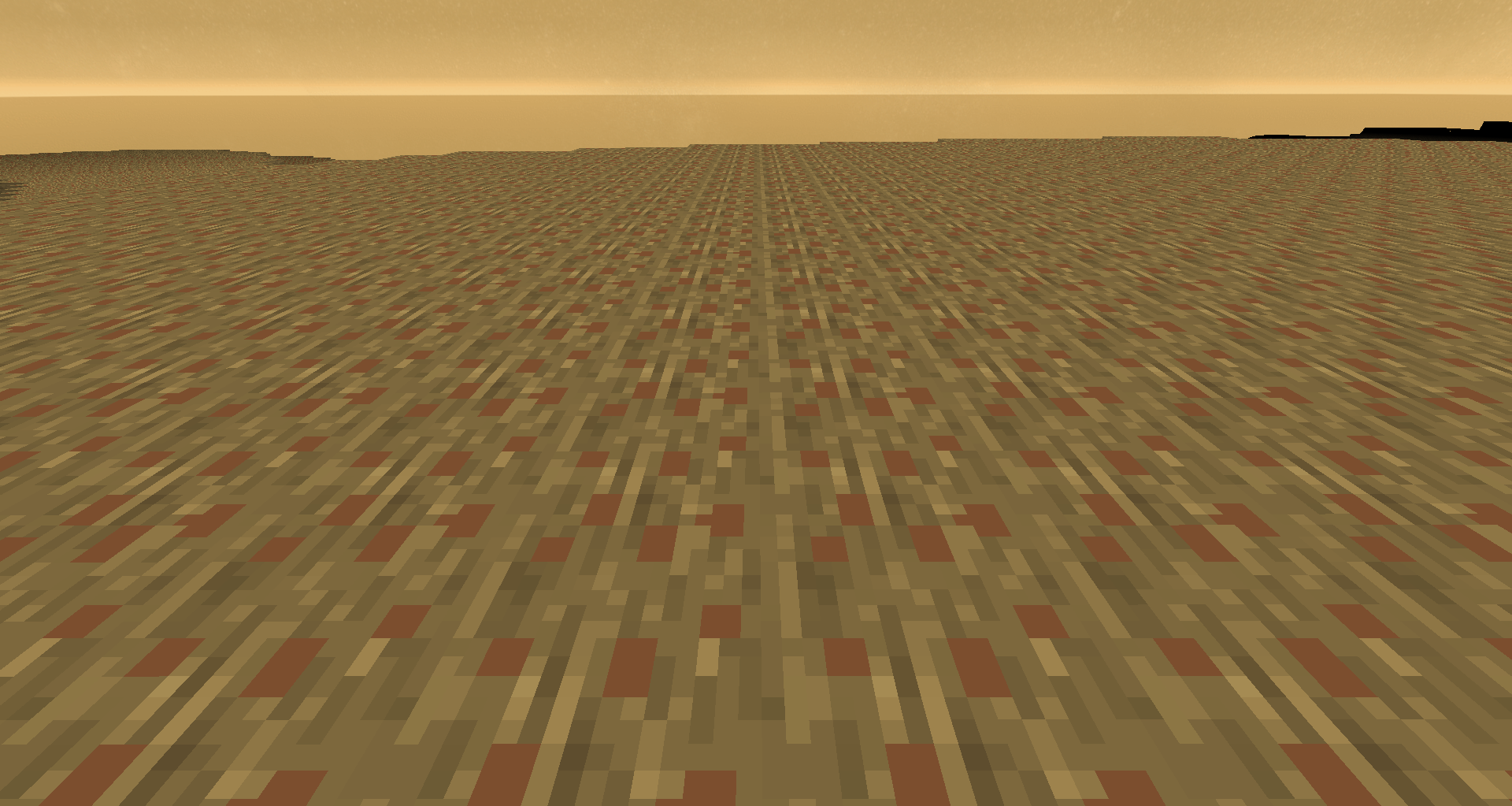 Image taken from this mod. Compare with the image above.
+ Spoiler
saturn_moon
europa_moon
io_moon
space_travel (has its own version of Titan)

by BuckarooBanzay
Oh nice.
Does the "real" titan have some natural ores?
Haven't tested, but the ice stuff looks interesting... ;)

BuckarooBanzay wrote:Oh nice.
Does the "real" titan have some natural ores?
Haven't tested, but the ice stuff looks interesting... ;)

Thanks. I'm not sure if Titan has natural ores, but I would assume so. The main resources would be the hydrocarbons, since they could be used as fuels similarly to coal, oil, and natural gas.

Currently, there are only two ice blocks, but more could be added.

by puzzlecube
Cool landscape! Also you forgot to add buckets to the depends.txt by the way so that the bucket global is defined.

puzzlecube wrote:Cool landscape! Also you forgot to add buckets to the depends.txt by the way so that the bucket global is defined.

Thanks! I added bucket to the depends.txt file.

by Red_King_Cyclops
I made an alternative skybox here. I don’t like this skybox as much as the normal one, but I wanted to test out a different method in making the skybox.

by Red_King_Cyclops
My space shuttle mod provides a good way to reach space.

Comparing Titan from this mod to Titan from space_travel, I would say that the former is picturesque while the latter is practical.
All times are UTC
Page 1 of 1