Mob AI intends to provide a flexible mob framework. Unlike other mob apis which handle mob actions themselves, Mob AI provides the tools and structure needed to create custom mobs that can do practically anything.

Mob AI functions by allowing the modder to register drivers (or states) which each provide a different functionality and switching between them when given certain inputs.

Note: This is a mob framework not a pure mob API. You cannot register mobs directly first you must register drivers to handle your mobs actions. For a more direct approach to mob creation see Mobs Redo. At some point in the future I will release driver mods which will contain basic drivers that can be used by other mods to create mobs directly. 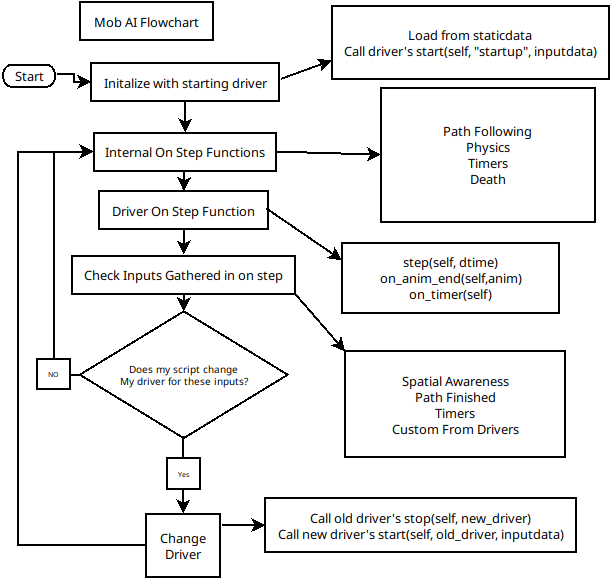 Hi there!
Your AI looks promising!
A proper mod/entities' AI is the only thing that prevent me from swapping from Minecraft to minetest modding.
I hope you get the time to finish it :)
Post Reply
3 posts • Page 1 of 1