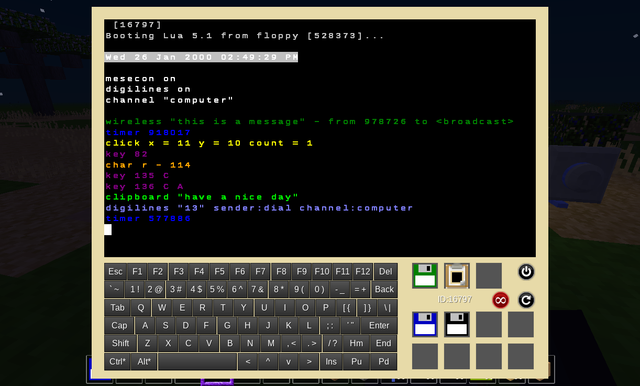 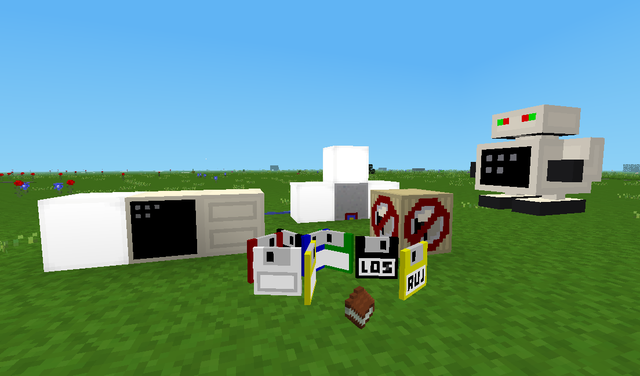 Minetest Version
This mod was developed on version 5.3.0

Meta Disk
This option stores computer and floppy disk data in the item's meta data. This increases burden on the game engine, but ensures that no redundant data remains. Contents of the disks are not directly accessible outside of the game. This option may be better for multi-player games. Where players may be losing items all over the place, and don't have access to the world save folder anyway.

World Folder
This option stores computer and floppy disk data each in its own folder under the world save folder. The disk contents are directly accessible outside of the game, and generally less data needs to be moved around per operation. If a disk item is removed from the world (permanently) the disk's contents may remain in the world save folder. This option may be better for local games, where you want to tinker with your programs to get your contraptions to work.
The world save folder for an item with a disk will be removed if: The disk data of any existing worlds will not be accessible if this setting is changed. 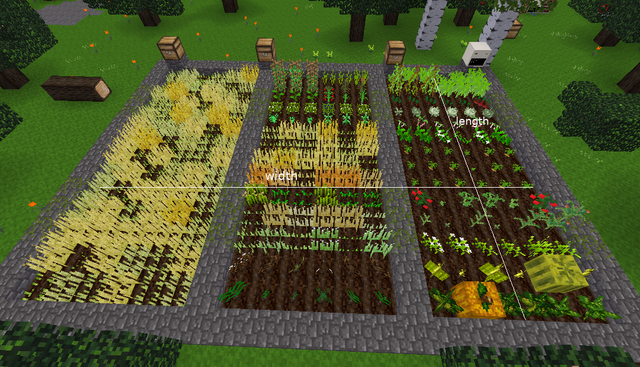 If a chest is at the end of a run in a front direction, the robot will empty its storage into it.
If harvesting pumpkin or melon a cutting board needs to be in the robot's storage.