Hooray, time to break something again :)

Before the latest commit the window sill end parts were two different nodes each for one side. But since xFurniture uses so many nodes having one item less is a big deal so I unified the end part.

Now the same node can be used for both ends but instead of the previous end which was a distinguished end part the current end is only some kind of extension and I am not quite sure about this. 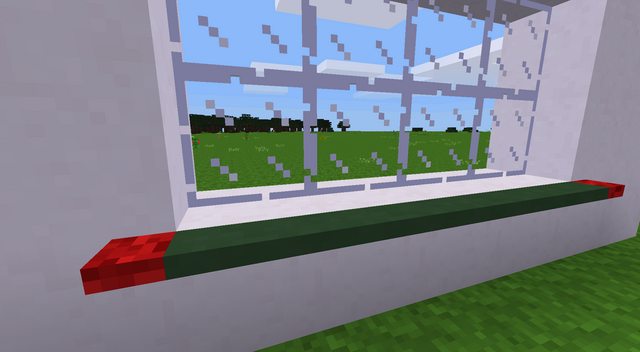 I added a second sill concept being only one node (so xFurniture would use two less nodes in total, which is a really big deal because having two nodes less means two times the amount all supported loaded non-filtered base nodes are saved. Depending of configuration this results in a couple of hundred less nodes to be generated by xFurniture. 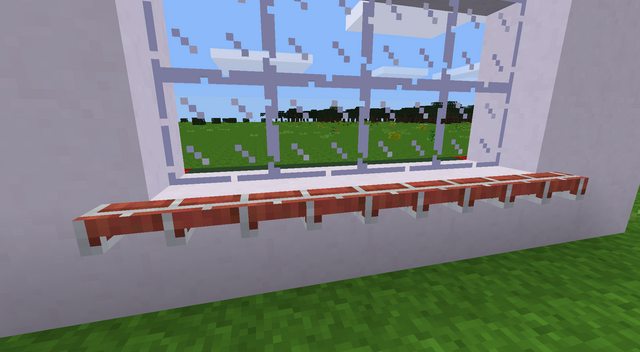 The structure elements are subject to change. One single sill looks like this: 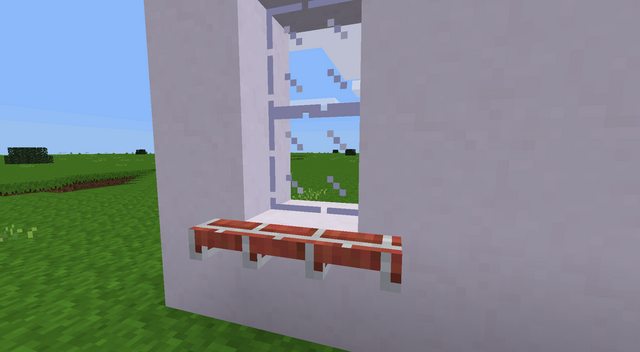 So what do you guys think? Which version is better? The modular one that, well, is modular, or the combined one that uses two times the amount of all nodes less and has a proper end and some more structure?

I removed and reworked the window stuff.

Now the sill is one part as previously shown. The design remained as shown but I added another structural element that hides the window bars poking through (no z-fighting due to being a fraction longer and higher which is not visible for the player but for the renderer). 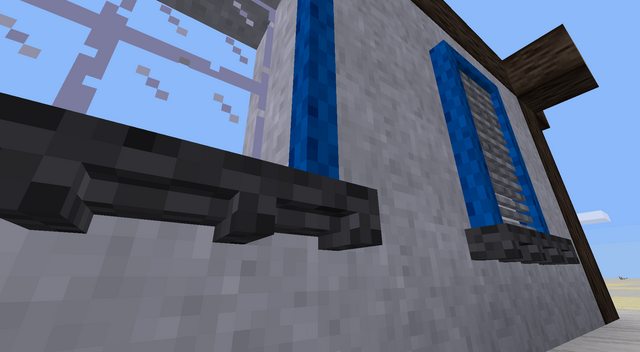 This element isn’t quite visible when looked at the sill from slightly above (which is the normal angle when used regularly). 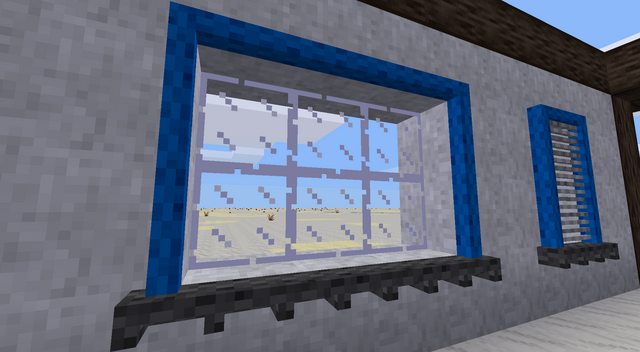 The additional structural element was added because I removed the window frame corners (shown in red) and enlarged the window frame so there is only one element to build the whole frame. It adds minimal z-fighting at the corners but depending on configuration this saves a couple of hundred nodes to be registered. 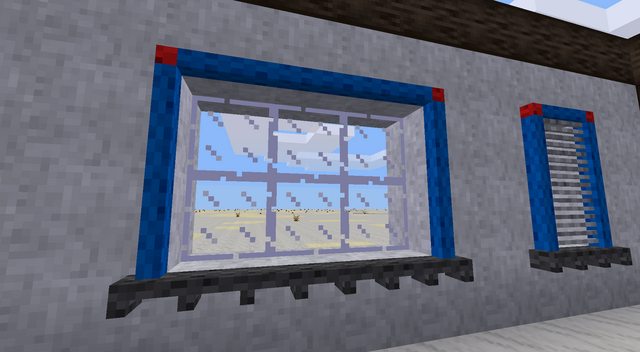 Oh, and when rotating the sill a little it can be used as door crown, too :) 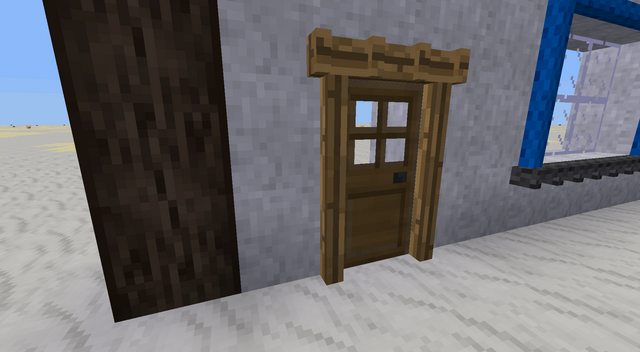 wow, so much uses to this mod!
ＯＭＩＣＲＯＮ - pre-release 0.7 "Tweaky Update"

… and it even provides the functions to define custom furniture in own mods (this needs better and updated documentation but is fully functional).
German Let’s Play Channel | Officially released content

*hides under the desk with an aluminium hat*
ＯＭＩＣＲＯＮ - pre-release 0.7 "Tweaky Update"

No need to hide. It’s actually quite easy if you know how to register nodes in Minetest.

I'm impressed that a very easy to use API!
ＯＭＩＣＲＯＮ - pre-release 0.7 "Tweaky Update"

I wish I had more time to contribute, I have some great ideas and I'd like to realise them.
ＯＭＩＣＲＯＮ - pre-release 0.7 "Tweaky Update"

azekill_DIABLO wrote:I wish I had more time to contribute, I have some great ideas and I'd like to realise them.

Okay! It was a bit Xmas themed... not too much at all.

Those need curved elements and are hard to add using nodeboxes. Since I have zero Blender skills (and I am not sure if and how to apply a node texture to a 3D object) this likely won't happen. But maybe I'll extend the mod to allow using 3D objects instead of nodeboxes so others can add them.

This would allow creating (more or less) all possible window frame combinations.

Edit: I forgot a simple squared frame, but when I think about it maybe two or three simple frames (1x1, 2x2 and maybe 2x1 rotatable) might be enough.

Another solution would be "extending" the currently available glass panes but that is currently not supported by xFurniture.

A bathtub would be possible quite easy. This would be as modular as the sofas with corner pieces and wall pieces, etc. Inner corner, outer corner, wall piece, U shaped piece and center piece will be needed. Maybe it's time to fill the two unused categories with those?

I'm about to rework walls and remove some of the wall nodes (some nice nodebox trickery to have torch holders as independent objects, see this just created issue). This would shave off all torch holder walls from the current set of walls.
German Let’s Play Channel | Officially released content

Nice to see I give you inspiration, the windows are a good idea! Also, Some more desks and office stuff would be nice too!
ＯＭＩＣＲＯＮ - pre-release 0.7 "Tweaky Update"

Get latest commit to have all walls with torch holders become unknown nodes :)

Oh, and to get fully modular torch holders and thousands of xFurniture objects less to be generated. See detailed description of this commit. 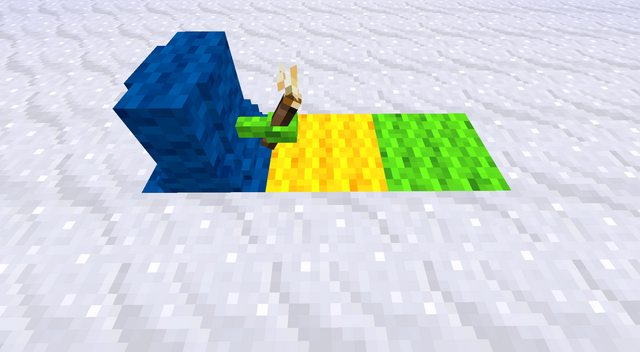 @linuxdirk Can you help me make a fireplace mantel for my Christmas subgame?
Jesus Is Lord and Savior!!!

GamingAssociation39 wrote:@linuxdirk Can you help me make a fireplace mantel for my Christmas subgame?

Maybe check out the Nodebox Editor and play around with it :)
German Let’s Play Channel | Officially released content

Quick update: now there are pools. And a new category for anything kitchen and bathroom and water related. But basically just pools at the moment. Or better: pool parts. Pools can be created like walls. Just dig out a 2 nodes deep hole and place the pool parts as wanted.

The pools can be filled with any type of water. Lava pools might work with not flammable nodes only :) 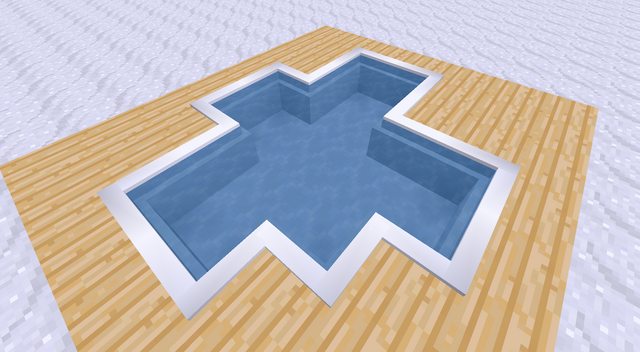 But I’m not happy with it. Maybe have pools two nodes deep (will need a three nodes hole and needs more work to fill the pool)? Or make depth modular, too? I guess that would be best. So it doesn’t need any nodebox trickery to prevent z-fighting. This would need 3 more objects and one object could be removed from current pool system.
German Let’s Play Channel | Officially released content

Get the latest version from GitHub!

Pools are created out of three parts. A corner part, a side part and an inner corner part. The three parts are placed on ground level (technically the parts are located in the node above the ground thus it is not possible to place anything there), and go two nodes down (in total the parts are three nodes in height). 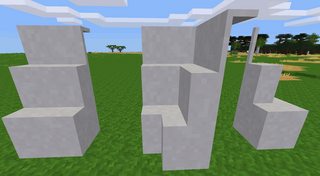 If you want to build a pool you need a variety of those parts. If you have them, place them as desired using the pool edge as a guide for the shape of the pool. When doing it properly the edge everywhere has the same width and height. 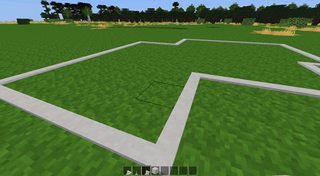 Now dig the first layer inside the shape you just created. 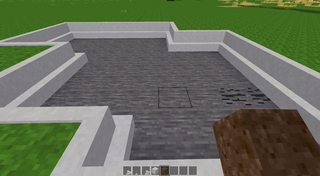 If you want you can leave it like this and replace the visible ground layer with your desired bottom layer and place water on that layer. If you want a two nodes deep pool leave the layer as it is and fill your pool shape with water.

Now remove the visible layer replace the layer after that with your desired pool ground nodes. 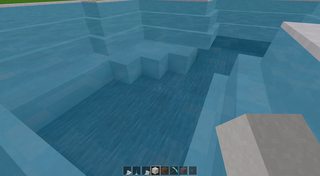 Instead of that you can replace more ground layers just place one node below the pool parts to create a last step, then go straight down. (Shown on screenshot using a different node). 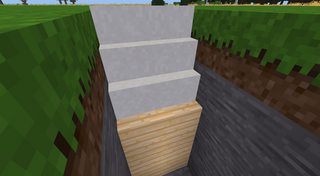 … in the end simply add the pool deck as you prefer … 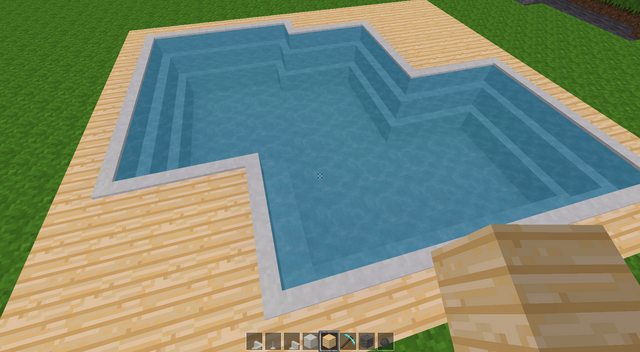 Where did my post go? Anyway, it's a nice work you've done here but we are missingtwo major things:
ＯＭＩＣＲＯＮ - pre-release 0.7 "Tweaky Update"

Totally. But since the mod’s concept is providing objects in various base node types those would have the same node texture all over wich would not look that good. Better grab the saw from moreblocks and be more creative like me in this 10 minutes concept and building … 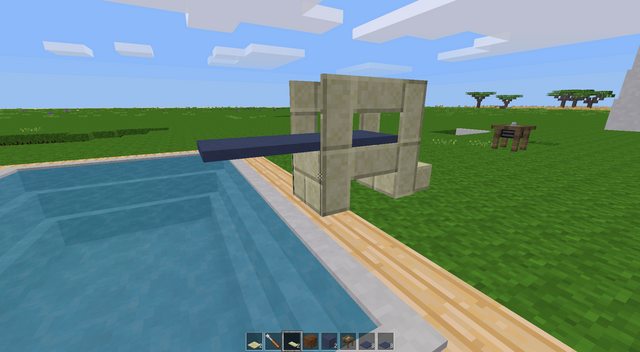 But a ladder might be possible. Maybe I find a way to make it properly climbable without to much hacking :)
German Let’s Play Channel | Officially released content

The latest version now has a pool ladder. The ladder is not climbable but since you would swim to it … ¯\_(ツ)_/¯ 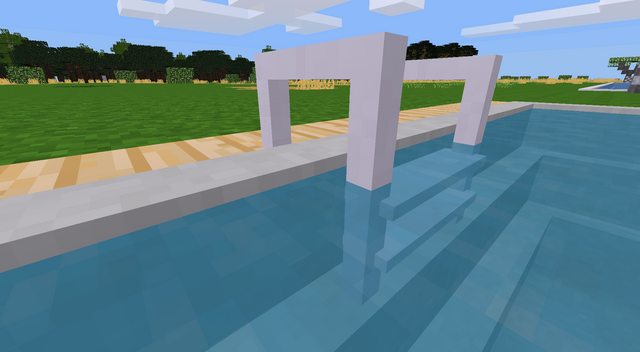 Maybe I will make it end on the second wall step. But I’m not happy with the look.
German Let’s Play Channel | Officially released content

Thanks! Since I was able to remove nearly 30 wall definitions there is now plenty of space for new things :)
German Let’s Play Channel | Officially released content

A little update: Now the mod has bathtubs, well … at least ONE bathtub. A classic 1x2 sized one plus some covers. 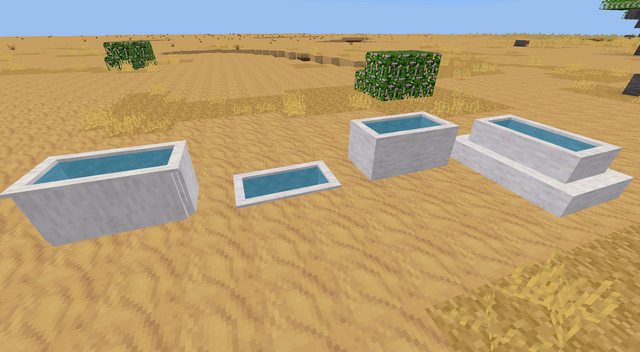 The bathtub is filled with water (or any other fluid or solid node you want) quite similar to how the pool works. But you need to have access to the layer below the bathtub to place your desired node there. Click the below image to see a gallery on how to do this. 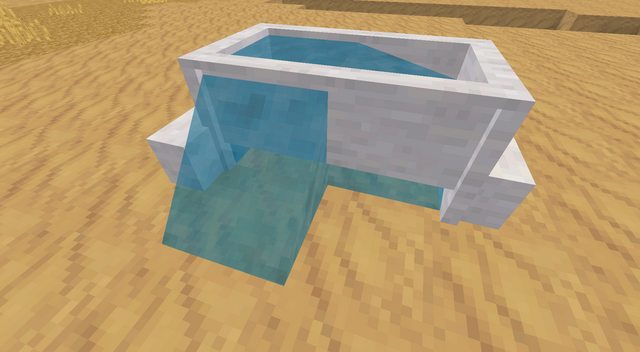 The bathtub is one node and there are two covers, the one without a step, and the one with a step. The step is off-center to prevent z-fighting at the corners. 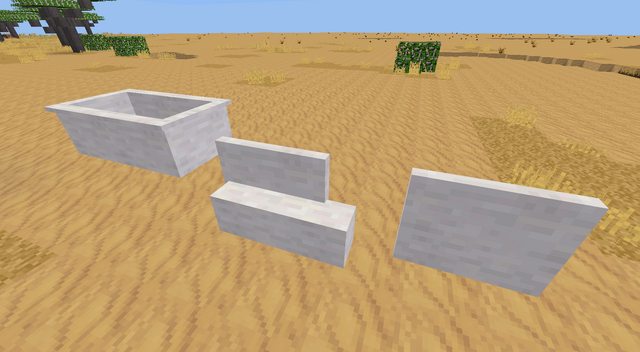