Also, i've touched something that i shouldn't have touched to!

0o0 "He touched the butt..." (I would have posted a Nemo gif but, I don't dare violate those licenses 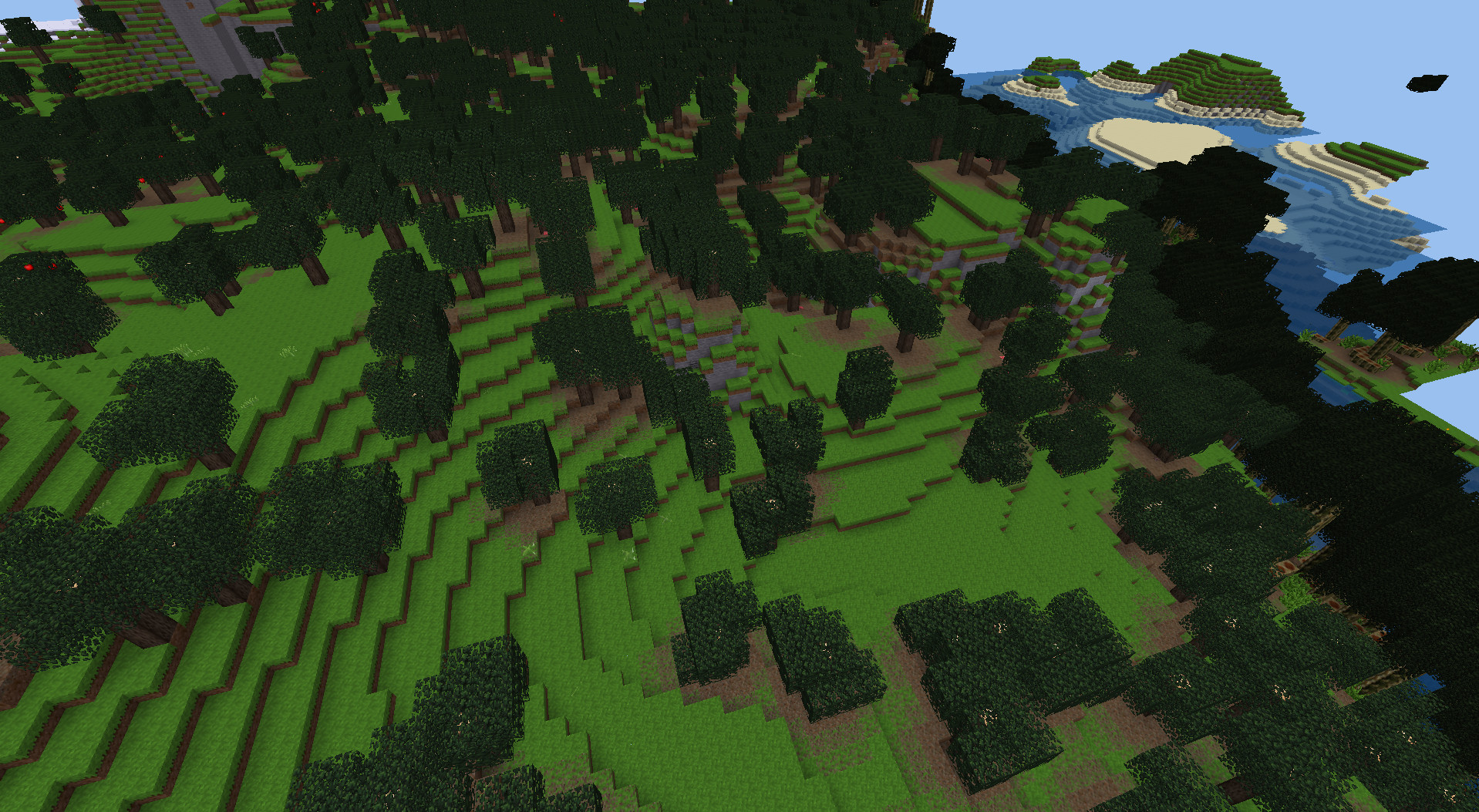 Some giant blob that spawned in v7 A dungeon high up in the sky above a jungle 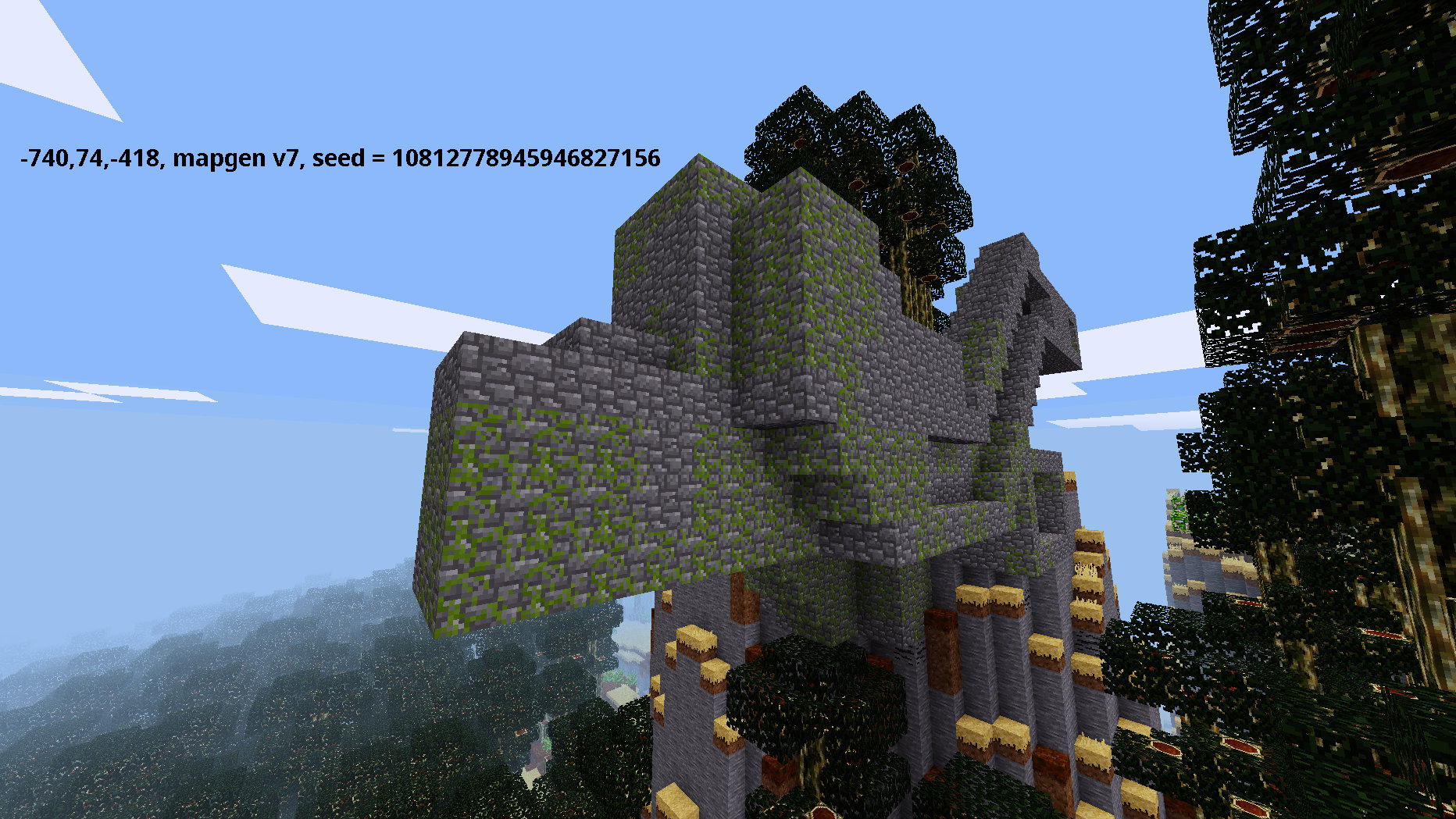 nice! i easely imagine a dragon head statue made with the 'blob'
ＯＭＩＣＲＯＮ - pre-release 0.7 "Tweaky Update"

The strange light effect I was observing was caused by the DVI cable connector not beeing 100% connected. When I checked it and plugged it in again the effect disappeared completely. The reddish colors also seem to have gained a bit of saturation since then. I've deleted the images in the previous postings as there's really nothing much to see with a properly working monitor.

In order to pay up for the not so intresting screenshots, here come some from what I'm currently working at. They all show houses that where created by an algorithm. Some of those empty houses can get pretty big. They're not as decorative or detailed as the ones I've built manually. Yet they might be of intrest as a base for players. Something with a pre-built roof where players can add their own decoration. Some are rather small:

And schematics can also be placed below water (might be of intrest for submarines): RWЯ wrote: Ah, old ship which i built year a go. Now overclaimed by some player. :(

The ship looks very fine although it is far away. I'm looking for schematics of diffrent ships in order to spawn them on the map as an addition to mg_villages. Donations of schematics are welcome :-) Also sunken ships, underwarter ruins, submarines or whatever may be sea-related is also highly welcomed. By changing scale and spread in mgv5_np_height parameter in map_meta.txt in the world folder I've obtained an interesting modification of map generator v5. The result is a very pleasant terrain with not very high, yet prominent rocky hills with sometimes very natural outlines (apart floating rocky potatoes that occasionally occur which are a side product of this modification), assembled into nice chains and also quite enticing shoreline with very realistic promontories. The general ambience is resembling some south african landscapes; high vertical cliffs are hardly to be found, even higher hills are usually easily accessible and dangerous deep pits are very rare (if there're at all - I've not spotted any yet). It makes it definitely more pleasurable for walking than the default v5, much more relaxing and I believe also much more suitable for creative or server gameplay due to the easily passable terrain and greater variety of its formations. Need a house? Bring axe and shovel to remove snow, remaining tree trunks and leaves inside your new home.
This is mostly an experiment. As the houses spawn on flat land, mapgen determines how many there will be. If you want to play with it, see basic_houses.

plasterwork_ready.jpg
(15.37 KiB) Not downloaded yet

plasterwork_scan.jpg
(34.96 KiB) Not downloaded yet 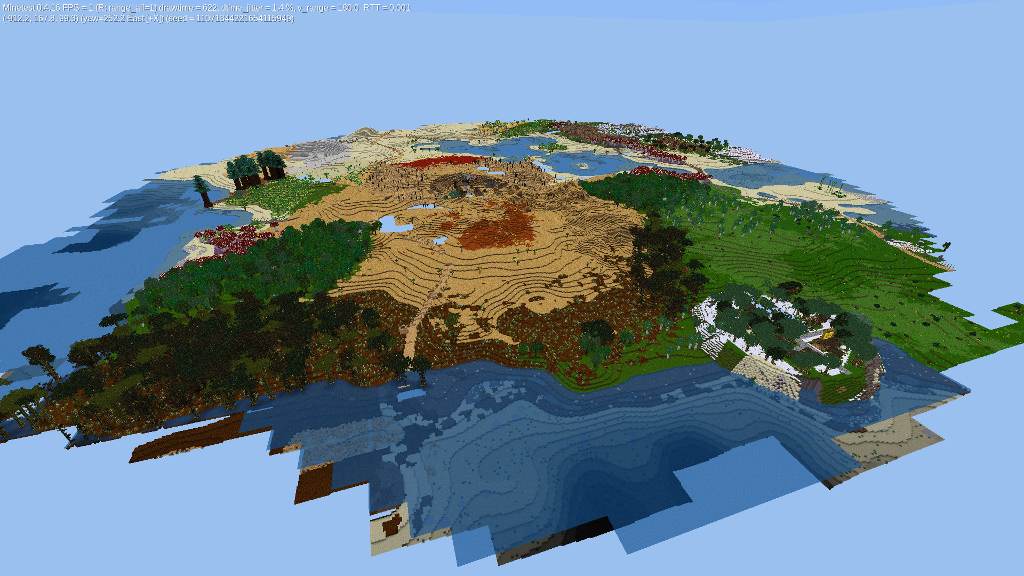 The explosion is not that big. However, perlin noise is used to calculate the holes:

The holes are not next to each other because the explosions pushed the lit bombs away.

mipmapping_dummy.jpg
(334.52 KiB) Not downloaded yet

I was messing around with settings D:

I will have to try that, it's very pleasant!
ＯＭＩＣＲＯＮ - pre-release 0.7 "Tweaky Update"

Some Minetest-inspired art. (One could imagine it as a watercolour). Farewell to the autumn

*Who touched to the shaders blur?* 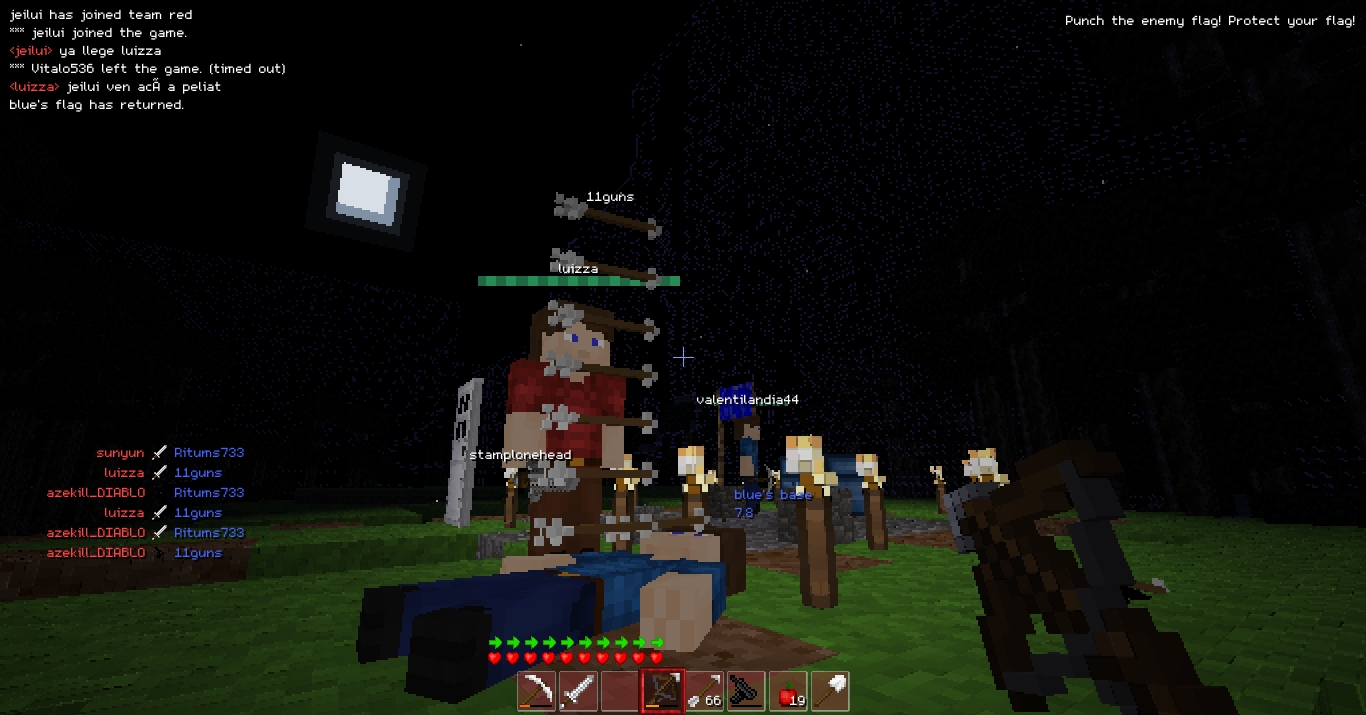 IMore dead than this you die. fun in the dark Well i'm sure horse will love to jump over this fence.
ＯＭＩＣＲＯＮ - pre-release 0.7 "Tweaky Update"

bloom lens flares and vignette in minetest IN REAL TIME!!

you can get the program here https://reshade.me/
its free and opensourse :3

and effects on (nice)

keep in mind that this is all in realtime i did no image edits it is real!

bdw your welcome :D
also thanks d00med for letting me know about this!

Post processing is not really what we are supposed to do in open source games.
It does look cool and all, but it would be much better if it was done in minetest.
(and it CAN be done)
[amber] [conjuration] [warzone] | Why is #minetest-mod-dev so empty?

It does look cool

Hahah i like how you made the cool blue :D


it would be much better if it was done in minetest.
(and it CAN be done)

Yeh it can be done and it wuld be better but it won't be done! the current devs will never add this stuff!

Mock up of the engine to support tonemaps for the dynamic skybox.
viewtopic.php?f=10&t=19056 Solar Plains Dev Server

toby109tt wrote: Yeh it can be done and it wuld be better but it won't be done! the current devs will never add this stuff!

I think nothing is to complain about. MT development has all the drawbacks of a free game maintained by a relatively small team of coders which cannot make a living solely by working on this engine. I suppose the donations aren't that large.

And as to the so-called post-processing. Keep in mind that voxel sandboxes are by definition low-poly, low-res gfx and there must be set some reasonable limits of what is at all suitable for this genre. Super-Duper gfx for Scorpio is a marketing strategy to sell more hardware and not anything that goes in line with the innate character of MC.

If I was to give an example of an improvement which would make the visual outlook of MT more pleasant, I would say that introducing gradient blue of the Skybox is something worth doing. I don't know how difficult are the above lighting effects to obtain, but there always can be given examples of software which makes better gfx effects and imo following this path in discussion is actually going into cul de sac.

An example for that is here. Nice post-processing which could be done in real time by some voxel game developed by a large team of well paid programmers. thunderstorm.jpg
(648.53 KiB) Not downloaded yet

Mock up of the engine to support tonemaps for the dynamic skybox.

TO be honest i might use it as desktop background, it's so relaxing...
ＯＭＩＣＲＯＮ - pre-release 0.7 "Tweaky Update"

Mock up of the engine to support tonemaps for the dynamic skybox.

TO be honest i might use it as desktop background, it's so relaxing...