Why would artificial light interfere with the solar heater?
Every time a mod API is left undocumented, a koala dies.

Byakuren wrote:Why would artificial light interfere with the solar heater?

because before that update players would just place bright nodes (level 14) on top of the solar heaters to generate power in the day and in the night, now doing that actually prevents the solar heaters from working
it doesn't make to much since but It was a necessary update that was needed
"A programmer is just a tool which converts caffeine into code"

Cool!! I'll check it out soon. I've been busy with some other projects and haven't had time to work on this or related things for a few weeks, but I will check it out.
Maker of Terumetal and Teruview mods at https://github.com/Terumoc

Hi there. I know I'm supposed to use Github for reporting issues, but I don't have an account.
My issue is that when I load the world with Terumetal installed, the game crashes.

Due to my limited coding experience I do not know what to do without messing everything up.
Please help.
Hi. I don't have any published mods yet.

TheGreatCoffeeKing99 wrote:Hi there. I know I'm supposed to use Github for reporting issues, but I don't have an account.
My issue is that when I load the world with Terumetal installed, the game crashes.

Due to my limited coding experience I do not know what to do without messing everything up.
Please help.

Hello! Sorry for the long delay in replying--you may not even be interested or have the issue anymore--but Terumetal and Minetest have been on my back burner for a while.

But I think I know what the problem is from that error, if you still needed help:

Because I'm using github to contain everything used in development, there's much more in that file than is needed to use the mod. To just play with it, all you need to do is take the terumet folder out of the contents of the zip file and move that alone to your mods folder. All of the other stuff in the zip file (and the zip file itself) can just be deleted.

If that's what you've done and you're still having trouble, let me know and I'll try to figure out the problem :)
Maker of Terumetal and Teruview mods at https://github.com/Terumoc

Just a small FYI to anyone watching the thread still: I'm trying to pick things back up now that I have time to work on modding again.

Presently I'm working on 2.1 which will update things for Minetest 5.0 since that's the future and it's coming relatively soon. I would suggest not updating past 2.0 if you have a world or server that won't be moving past Minetest 0.4.X.

Aside from updating documentation and getting up some more tutorial/showcase stuff, I'll mention later if anything really new is coming aside from polishing and the move to MT5.
Maker of Terumetal and Teruview mods at https://github.com/Terumoc

v2.1 release should be out by this evening.
Changelog:

Remember, v2.1 and beyond are intended for Minetest 5.0 and not 0.4.x
Maker of Terumetal and Teruview mods at https://github.com/Terumoc 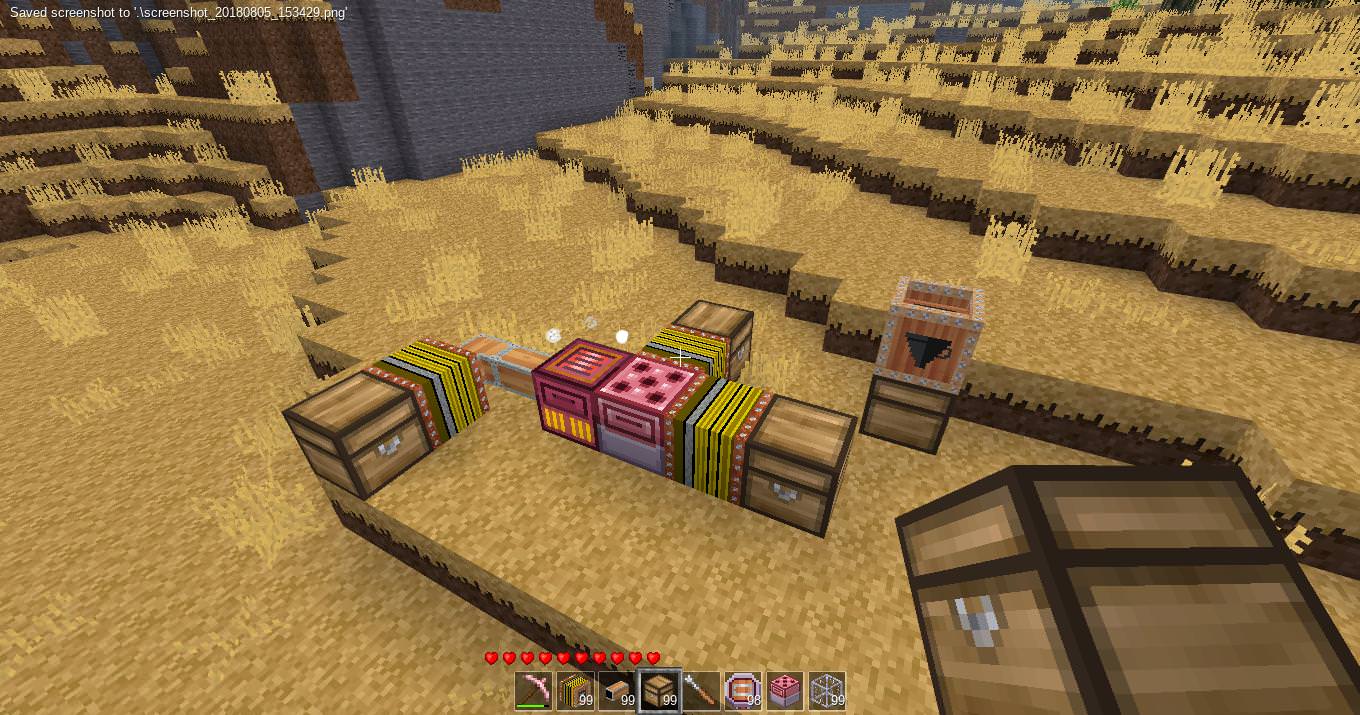 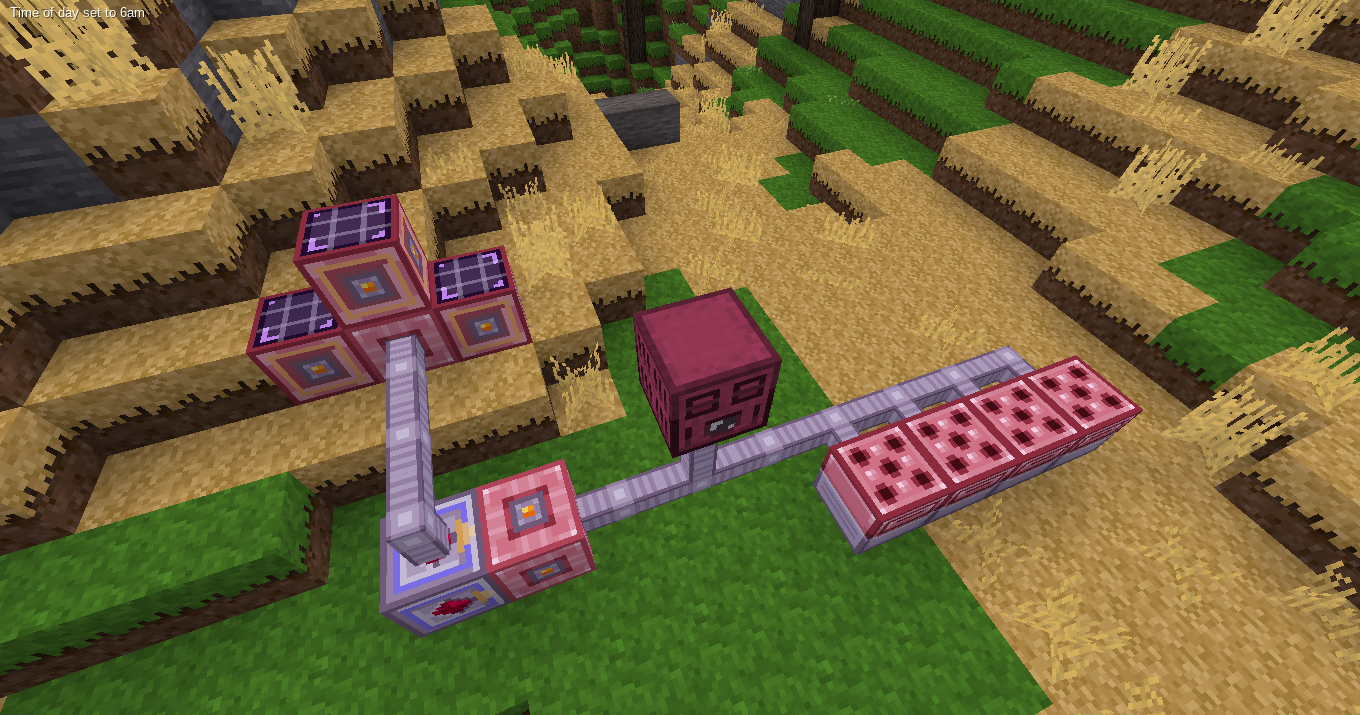 Version 2.2 is released! There are a ton of new features that have been long overdue. A lot of recipes have changed since previous versions to utilize more unique items so as usual, unified_inventory for recipe listing is highly recommended.

I really need to thank IcyDiamond and Elepower for code that gave me excellent tips on conduits and joe7575 and his Techpack/tubelib for tubelib tubes which are extremely easy to implement and great for item-transfer automation.

Great mod but you forgot to put the depends in the mod folder, i had to add it or i couldnt run the mod
My Public Mods! Discord: Rottweiler Games#3368

ManElevation wrote:Great mod but you forgot to put the depends in the mod folder, i had to add it or i couldnt run the mod

The depends file is no longer used in Minetest 5.0 which the new versions of the mod are for :) I can't guarantee it'll work with 0.14.X but you're welcome to try.

Indeed a great mod, I have to say. It's a true success when implemented on a server. Take a look at Blocky Survival for example(I added this mod there(I'm not owner but got git repo access))
I don't have anything important to say.

Sires wrote:Indeed a great mod, I have to say. It's a true success when implemented on a server. Take a look at Blocky Survival for example(I added this mod there(I'm not owner but got git repo access))

I'm really glad to hear that! I've really only tested/used it in a singleplayer capacity so that's great to hear. I really didn't know that anybody was actively using it on a server or something and I'll check it out sometime when I have the chance. I've been a little busy the past weeks but hope to get back to Minetest soon.
Maker of Terumetal and Teruview mods at https://github.com/Terumoc

The only thing I think that you could improve really is API documentation :P I pretend to make mods based on terumet but its hard to read the code myself and figure out what it does
I don't have anything important to say.

Yes, I can definitely agree there; I admit API related documentation and functionality has been lower priority mostly because I didn't know anyone was interested and that it's honestly not my strong suit.

I am more than happy to help out and answer any questions you might have, and also do let me know any specifics that you think need more explanation/documentation. It's actually a little difficult to know what other people might have trouble with when you're the one who knows the most about it, if that makes any sense.

My replies may not be instant, but yes, feel free to ask me anything.
Maker of Terumetal and Teruview mods at https://github.com/Terumoc

Also, a thing for terumet 2.3: Shared protection :P Please ;-; I play with friends and its a pain telling them to put their stuff in their chests and crafting an extra upgrade just for them. I'd recommend you supporting areas mod, since its one of the most used. IIRC it has a canInteract function in its api that may simplify your life
I don't have anything important to say.

That's one thing I haven't touched on much since I can only really test it in singleplayer.

There is a really basic "owner-only" protection system in place already but as you noted, it can be circumvented via item transfer either with the input/output upgrades or tubelib upgrade and tubes.

Can you link the specific mod you're talking about? Is it just "areas"? If it has a decent API like you suggest it shouldn't be hard to implement it (I just won't be able to test it that much myself)
Maker of Terumetal and Teruview mods at https://github.com/Terumoc

viewtopic.php?t=7239 It has a nice api afaik, it shall be very simple to implement

https://github.com/ShadowNinja/areas/bl ... i.lua#L103 <<<< The can interact function
I don't have anything important to say.

Perhaps I see it to simple, but you easily have to add this code, for example (Tubelib Protected Chest):

Well I'm happy to say that it was far easier than I thought to allow the areas mod to control access to machines. In fact, for it to work properly I actually had to remove and simplify some code. I was doing machine protection a little more complicated than I really needed.

So, here's how machine protection now works: This has a major added benefit of being able to support future or other mods that implement access control via minetest.is_protected, simply by adding that mod to the list in the options. This worked out much better than having to implement a specific support for areas.

Also I finally figured out how to test multiplayer-based stuff by locally hosting and joining it with a second client, haha
Maker of Terumetal and Teruview mods at https://github.com/Terumoc

RIP
So what broke with the dev changes?
"A programmer is just a tool which converts caffeine into code"

What exactly are the issues? Because there shouldn't be any API breakages apart from model changes and some really really old functions being removed
Core Developer | Donate | Join the Matrix chat! | My Twitter | Mods | Minetest Modding Book