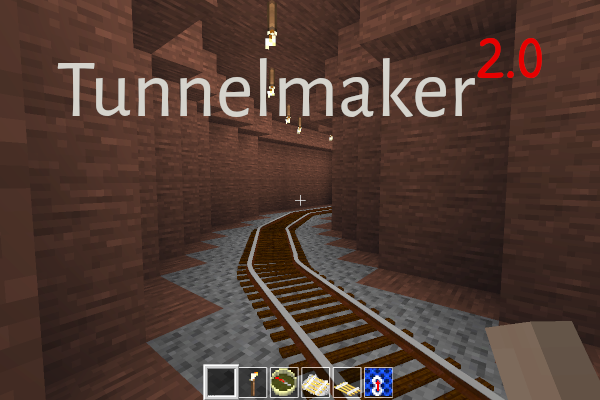 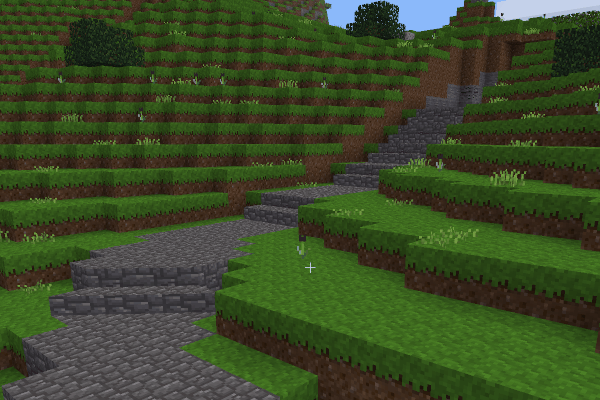 I would also like to thank Mikola, who provided many of the ideas (along with code) that helped to make this release possible.
Last edited by kestral on Sat Mar 09, 2019 16:25, edited 6 times in total.

Hey, that looks cool!
May I link this in my mod's topic?
I haven't tried it yet, but looking at the screenshot, I see a problem. You just dig away nodes, but do not stabilize the tunnel walls and ceiling, so gravel might fall down on the tracks.
However, this definitely has potential!
Lua is great!
List of my mods
I like singing. I like dancing. I like ... niyummm...

Yes, please link in your mod topic. Thanks.

I really like this mod. Been wanting a mod that would do this although I was using DigAll to do the same thing. Now with this mod it makes it easy to dig tunnels. Only problem I found is that it doesn't play nice with DigAll. Seems to be a conflict between the two. So I just disable one or the other depending on my needs.

Glad you liked it. I updated the mod so it now works with digall. I changed the digging function from dig_node to node_dig, based on checking which function matyilona200 used for the tunneltest mod. Thanks matyilona200! However, make sure that digall is disactivated before tunneling, or you'll create quite a mess.

Yes, I test for minetest.is_protected before executing node_dig and set_node functions, but to be honest, I haven't tested these protection features for a while.

I've added a new feature to tunnelmaker. I started updating the code to deal with the possibility of accidentally tunneling into water. Some of the digging patterns ended up being different, but when there is no water, the tunnel will end up almost exactly the same as before. (There are a couple of one-block fixes for slight imperfections in my older design.)

kestral I am really liking this mod. By the way I found that is plays nice with DigAll and haven't had to disable DigAll. Just have to be careful not to use the sneak key when using Tunnelmaker. I have found many uses for this mod other then just digging tunnels. Thank you for all your hard work on this mod.

I've added a couple of new features to tunnelmaker. Since the original purpose of this mod was to make it easier to lay advtrains track, I thought that it would be good if it played more nicely with already placed advtrains track.
This should hopefully make it more useful for laying advtrains track, but shouldn't have any impact on non-train related usages.

I updated the code to test for: 'minetest.registered_nodes[name].groups.advtrains_track == 1'.

I updated first post to reflect the capabilities of the latest version of Tunnelmaker. This also makes it much easier to build simple stone bridges with the default fill feature. Before to make a bridge go down, one had to fly below the bridge to place an appropriate reference node. Now one just has to use the sneak key while right-clicking to set the digging mode to Down.

I would like to thank Richard Jeffries for his video review of tunnelmaker. It's located at: https://www.youtube.com/watch?v=txE-WszHPaU.

Hello.
Do you plan in the near future to make changes in fashion?
Do you have a desire to consider Pull Requests if it appears?

i thank i can have some fun with this

Mikola, I'm not sure what you mean by changes in fashion.

kestral, I redid this mod for myself and added some useful features.
https://github.com/Mikola314/tunnelmake ... ster-1.X.X
You can read and express your opinion: whether you want to deal with it or not.

At the moment, the README.md and LICENSE.txt has not been corrected.
There is a problem with licenses.
I used part of the code from the mod Xray viewtopic.php?id=3191. This mod uses a GPLv3 license and when using this mod, the final project must also use a GPLv3 license.
Last edited by Mikola on Thu Feb 07, 2019 12:04, edited 1 time in total.

Mikola, I've downloaded your version and have started to look at it, but wow, you've really done a lot.

I believe that the next step is to learn how to store the values of variables individually for each user in players.sqlite. This will allow you to quickly change the modes of operation of the mod and will remove the need to restart the server when changing the values of variables. Perhaps this should be done after the release minetest 5.0.

Mikola, I've incorporated your version with changes in the experimental branch of my github repo. Take a look and see what you think, but note that it's still a work in progress.

Tunnelmaker 2.0 Beta, has now been merged into master branch.

kestral, I am glad that my work and ideas were useful to you.
I am also glad that you managed to realize saving the tunnelmaker settings separately for each player using the invocation of the settings menu. This will greatly facilitate teamwork.

Is planned to be used Version 2.0 only with minetest 5.0 and higher?
What do you think about adding localization for players from different countries? I added the ability to translate and translate into Russian for Version 2.0-beta-7 - 2019-01-26 with the new function minetest.get_translator(), but it will only work with minetest 5.0 and higher.
If you are interested in it, I will add a Pull request.
Post Reply
32 posts