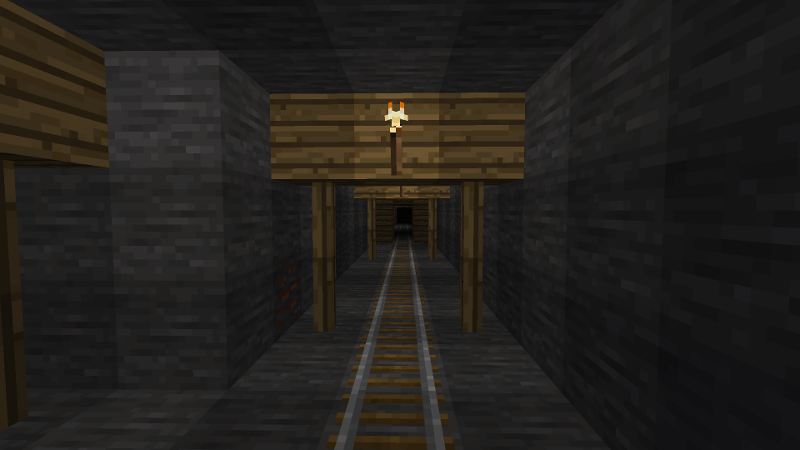 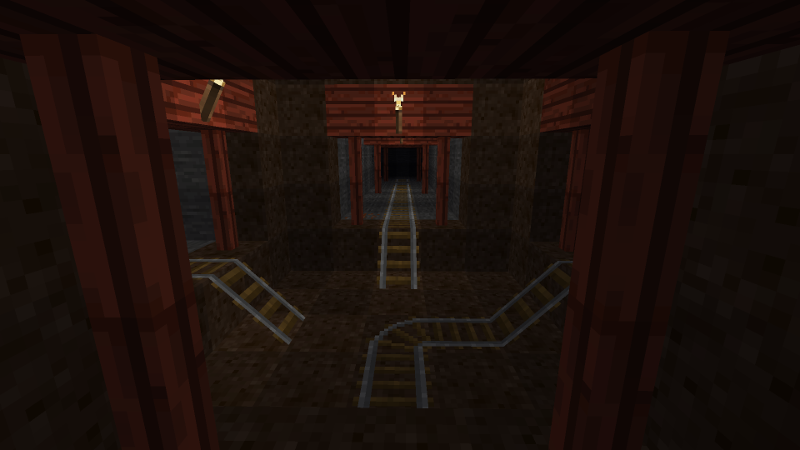 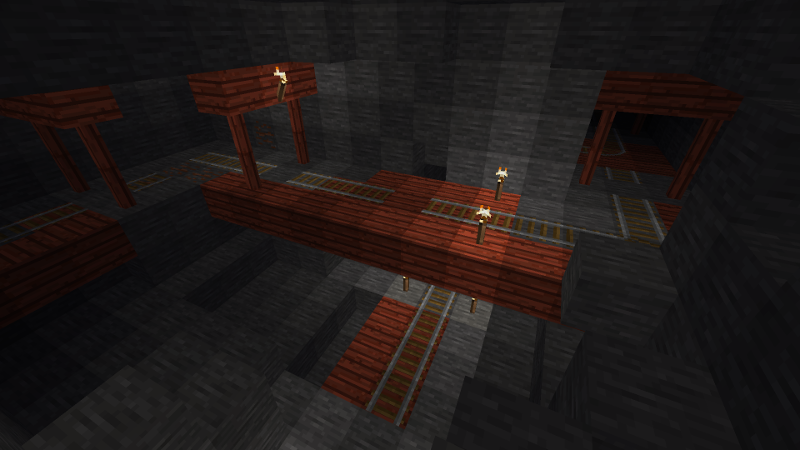 This mod is currently in beta stage but works pretty OK so far. I may very rarely generate odd-looking structures.

The main difference from the original mod is that this mod utilizes Treasurer to spawn the treasures in the chests, so there can be more variety in the treasures you can find. Using Treasurer is optional, if you don’t use this mod, this mod falls back to a couple of default treasures.
This mod also allows finetuning of the railway corridors with the advanced settings menu.

i can't see any railway corridors on a new generated map?
what did i do wrong?

Well, it works for me. The railway corridors appear underground. If you can't find any, try to test this: use noclip and fly mode to explore the underground more quickly. If you still cannot find any mines after 5 minutes of searching, then you probably have a problem.

It would be more fun with traps :)
My Mods:

It should depend on tnt since it falls back to the default behavior, where tnt:tnt is in the chest. Usually, this isn't a problem, but since it uses nodes from there it should contain it in depends.txt.

Whoops, you are right. [farming] was also a dependency.
Both mods are now in depends.txt.

Maybe I make those dependencies optional or whatever. But for now I just made the lazy fix. :P

I guess this should not happen. But I think this is a problem of the cavegen, not from railcorridors, right? 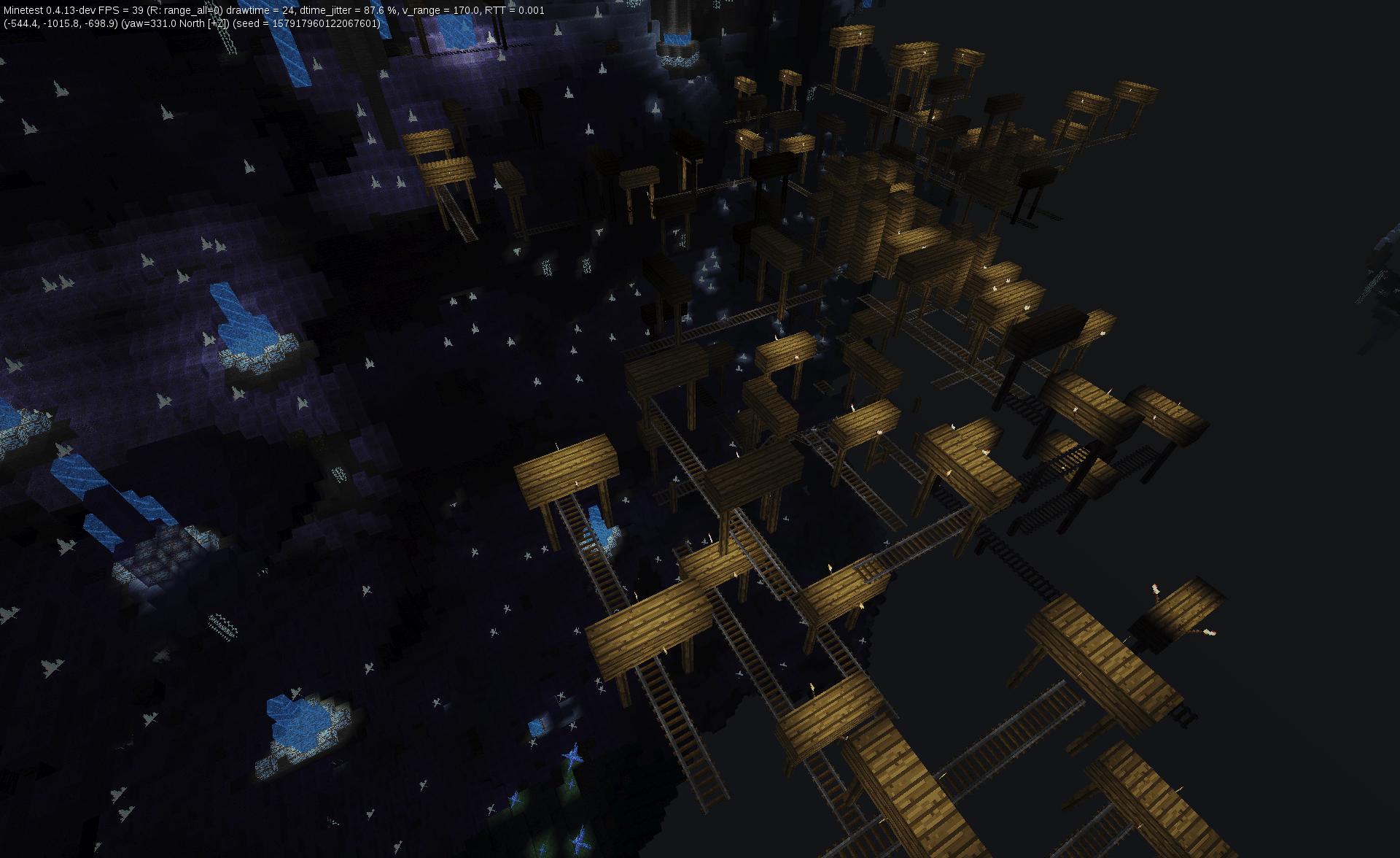 I really like this mod, I like how it adds a sort of life to the underground, even without mobs.

However, it also feels dead, or stagnant, like the air is stale from being sealed up for so long, and much of the stone has turned to gravel over time, making repairing these long broken down corridors more dangerous than it would seem at first.

It makes it seem as though, there have been people before you, though, a long time ago, and have since disappeared for some unknown reason.

The effect is best seen with tone mapping on:

If the torches mod is installed default:torch_wall must be used 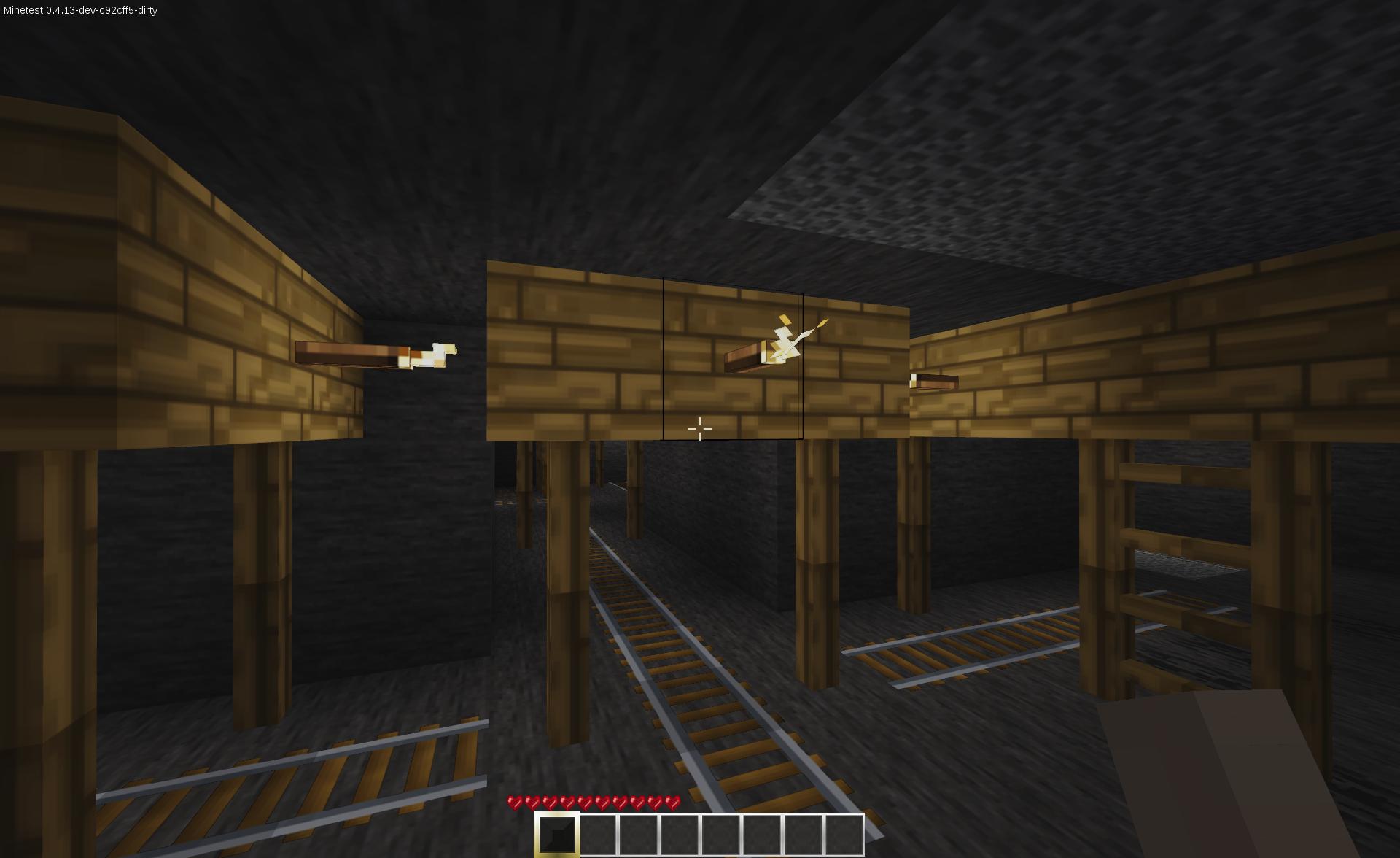 If the torches mod is installed default:torch_wall must be used 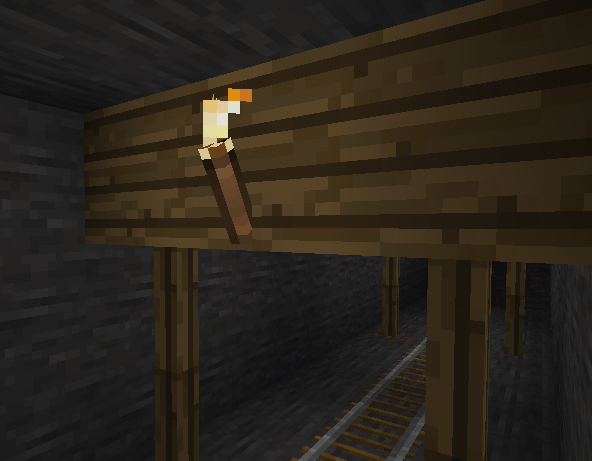 Note this mod is still VERY much alpha and experimental. But you can always try the Git version for the very lastest stuff.
My creations. I gladly accept bitcoins: 17fsUywHxeMHKG41UFfu34F1rAxZcrVoqH 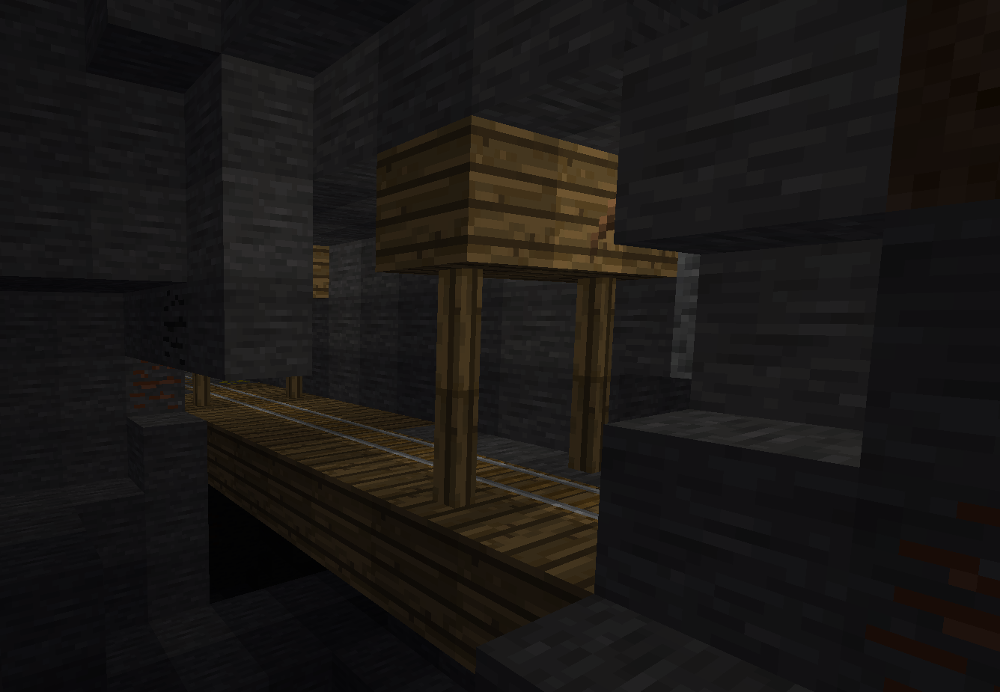 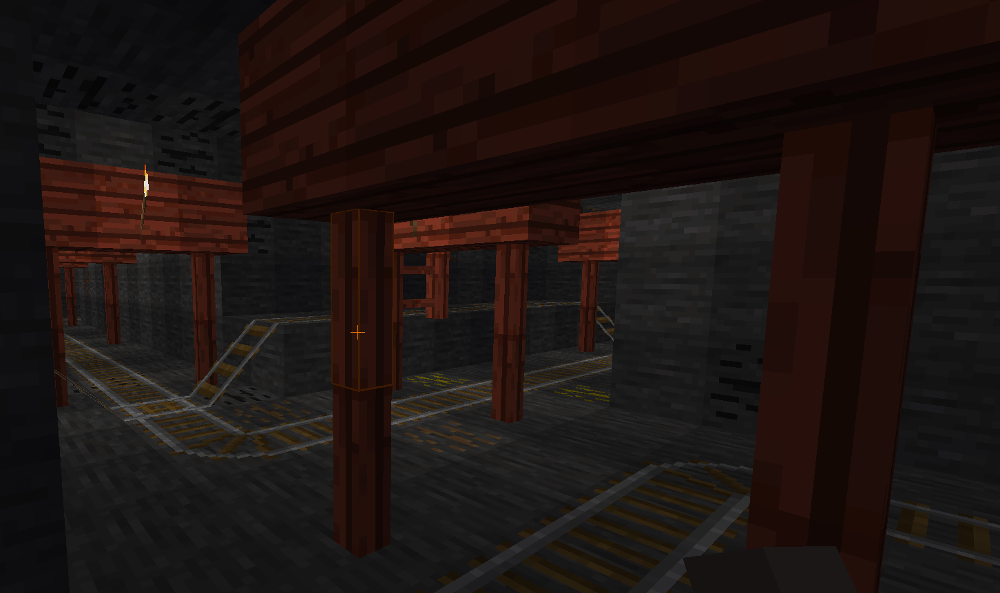 Could you add more life to corridors like vagons, coal lumps around, more chest with traps etc. ?
My Mods:

Perhaps there can be things like chests that act like bat spawners? And unstable wood that wood falls when you walk on it? Also, Great Mod!

- Add wooden platform below rails when they are generated over air

where can i find it?

- Add wooden platform below rails when they are generated over air

where can i find it?

This mod was working pretty well for me till the last week of commits to Minetest engine. It's only client side though(windows x64 mingw), client will freeze server however will continue without error. Don't have debugger, error logs freeze without error and windows eventvwr logs application hang only.

I do not like to support bleeding edge versions of Minetest. Supporting the latest stable is hard enough.
My creations. I gladly accept bitcoins: 17fsUywHxeMHKG41UFfu34F1rAxZcrVoqH

I'd like to install this on a server, but since I can't find a height setting it interferes with nether realms and such stuff. Would it be possible to look into it. A min_height and and max_height as global setting variables would be ideal.
Fund MineClone2 on Open Collective

Good idea. I will probably add it later, when I work on the mapgen stuff for MineClone 2. This mod seems to be the perfect addition to MineClone 2.
My creations. I gladly accept bitcoins: 17fsUywHxeMHKG41UFfu34F1rAxZcrVoqH

I tried the mod today, great Idea!
There is a "cosmetic" bug if high is changed in curve the rails are in the air sometimes. 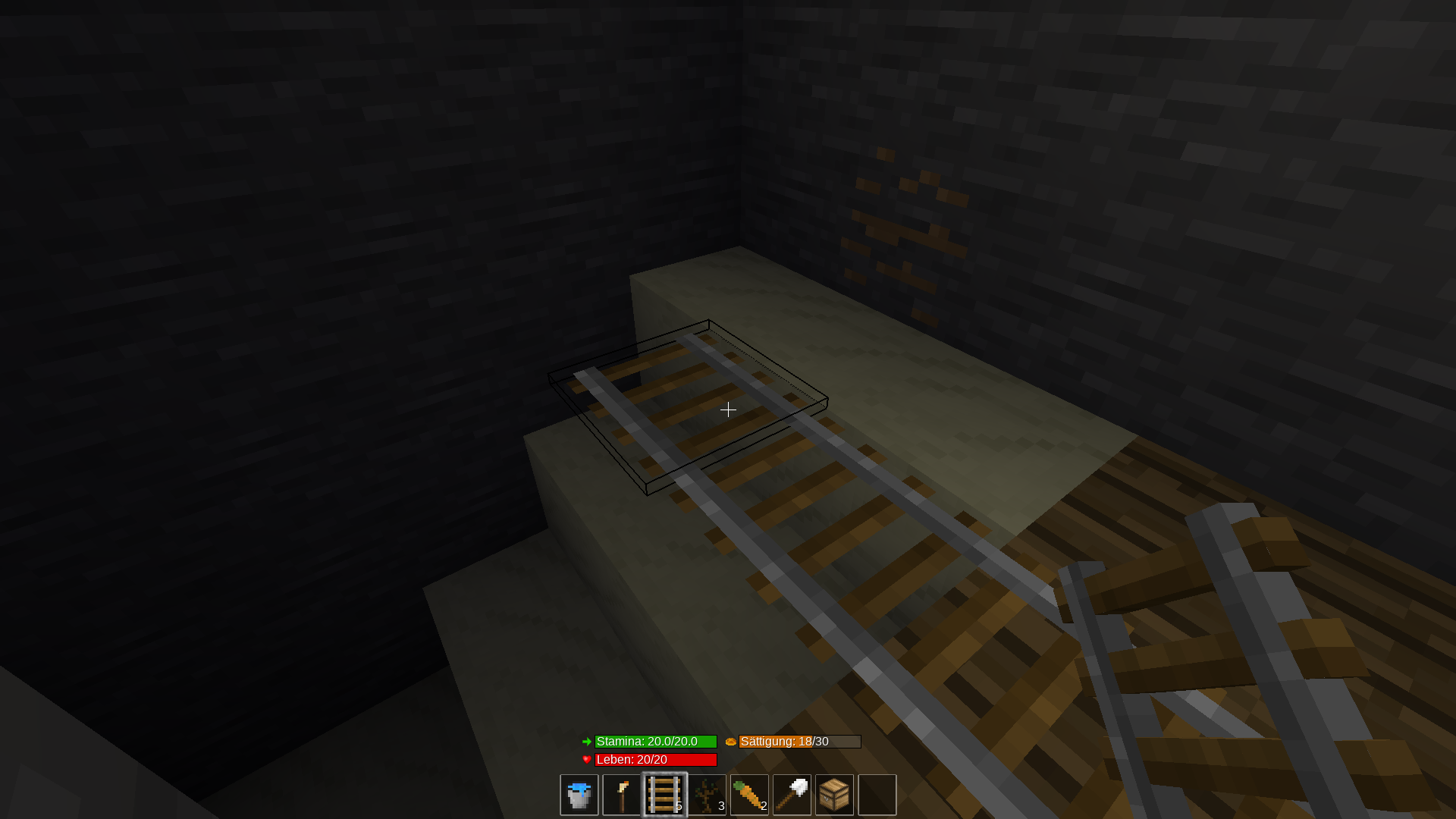 The other issue with other cave generators like geomoria or underworld was already mentioned above. 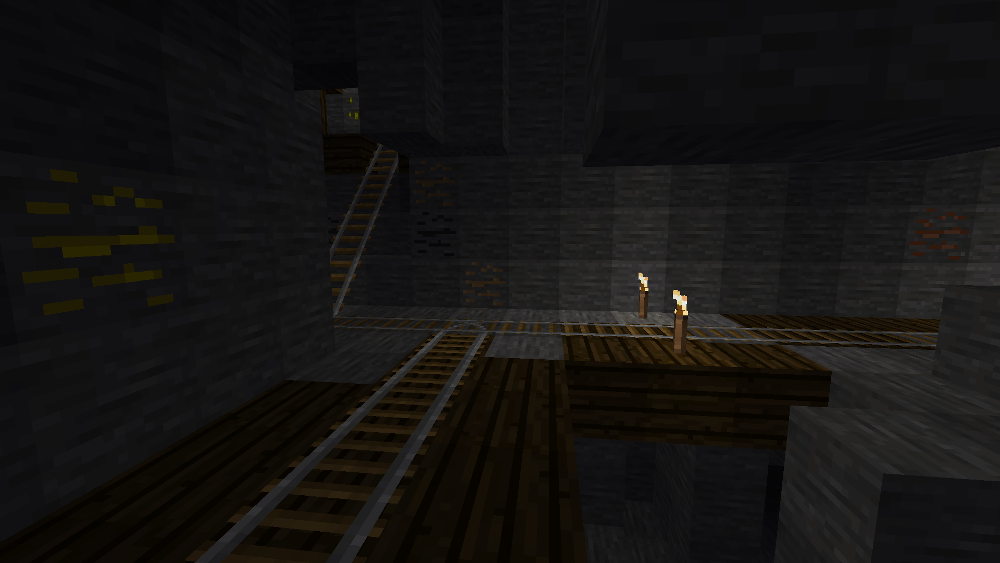 I am working on this mod to eventually include it into MineClone 2.
I fixed some of the worst weirdness in this mod.