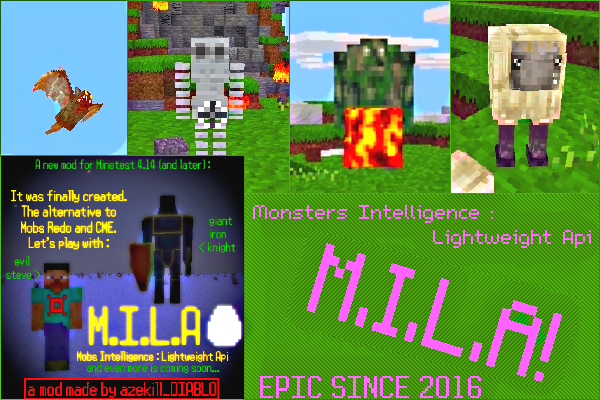 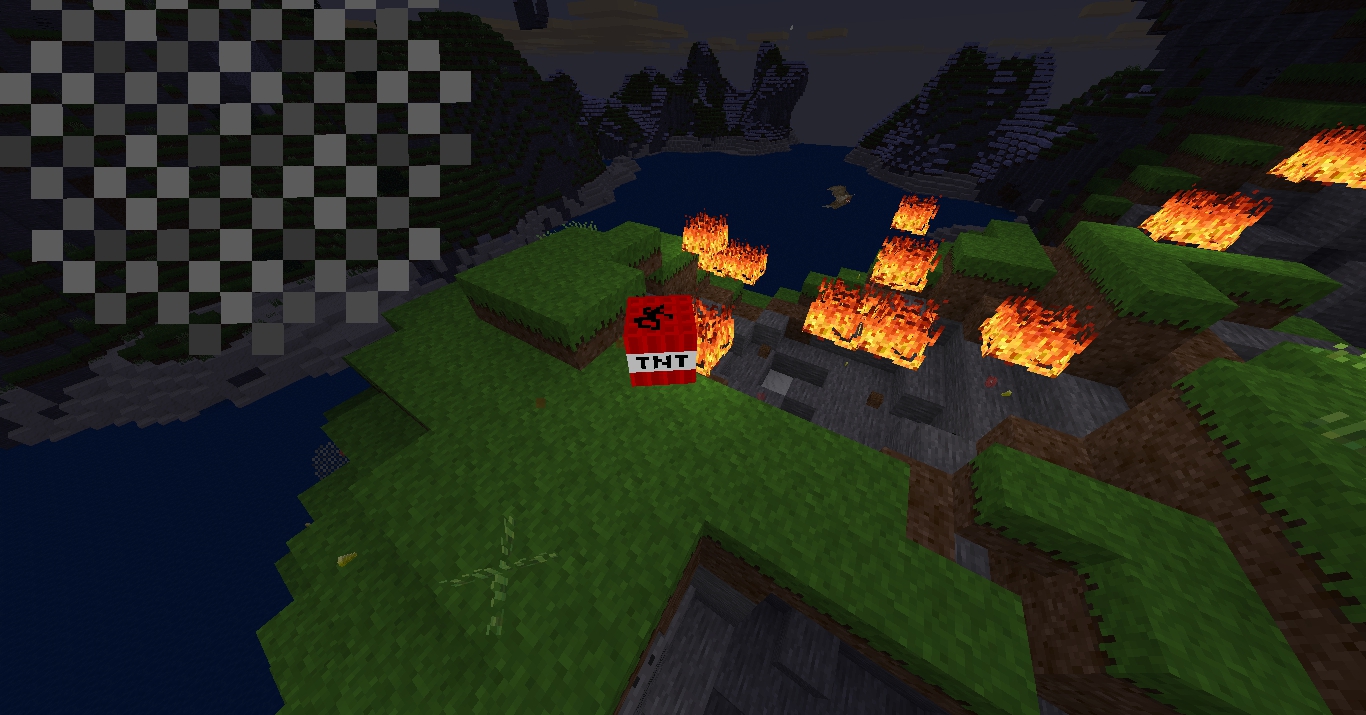 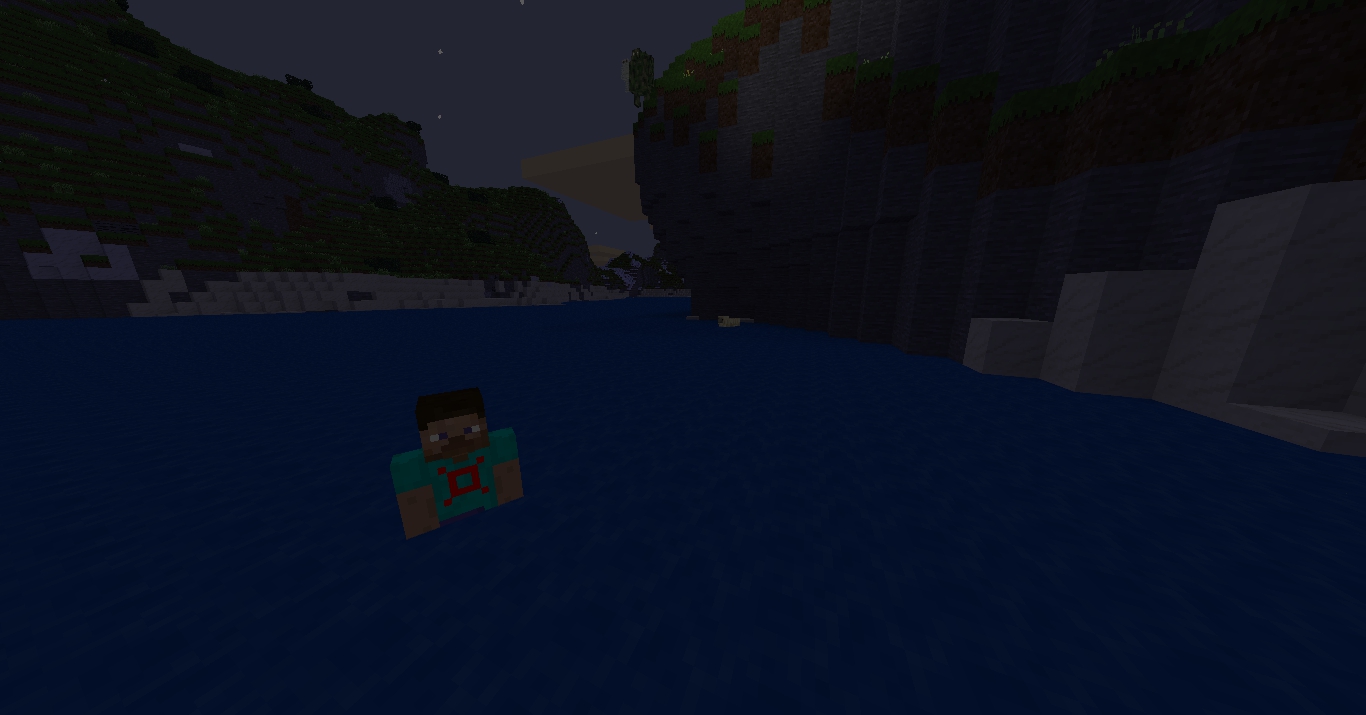 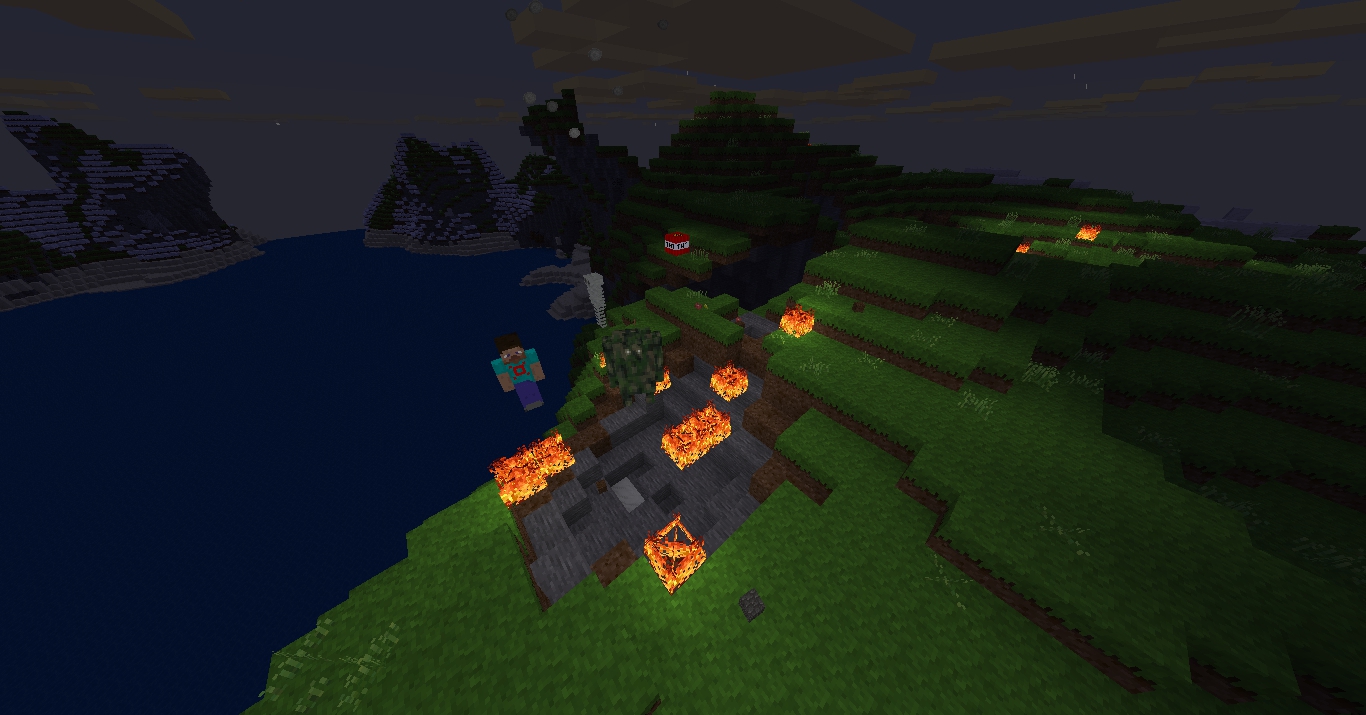 Template mobs are disgusting, I know. Create your own mobs easely! Check mob.lua to learn how!

I bet it will have bugs.

sorry thought it be an ok thing to say because your signature says "i'm an exelent bug-maker(yeah...i know...i have a bad reputation)",

Yeah. i already know that :)
i'm encountering some problems but i will find a solution :D
ＯＭＩＣＲＯＮ - pre-release 0.7 "Tweaky Update"

pithy wrote: I bet it will have bugs.

Hey, please don't say things like that. If you think it will have bugs before the project is really started, you think it's funny?

Might as well see that comment in a positive way :-) Any reasonably large (not trivial) programming porject *will* have bugs. They're hard to avoid. Some very few exceptional projects manage to get by with very few bugs, but those are extremly rare projects. TeX comes to mind. And then..er...there might be similar ones, but they're few and sparse.
A list of my mods can be found here.

Post github and collab? You should set out aims rules and target design so people know what you are likely to accept.

Why do so many people want monsters? Monsters have ruined almost every game I know of. Real life animals are just as challenging if that's what people want.
MicroExpansion, Working Computers, All Projects - Check out my YouTube channel! (octacian)
I'm currently inactive in the Minetest community! So if I don't respond, that's why.

So you dont want mobs on your servers? Fine.

Why did you bother entering a discussion for those who do?
Not So Simple Server | Babelfish | Randomized Shared Spawns

A little problem is that the register entity fonction is not very well defined... What are the basics arguments i can use? like health or speed?i didn't found anything about it....
ＯＭＩＣＲＯＮ - pre-release 0.7 "Tweaky Update"

As far as I am aware, entities have no such thing as HP - that's something you define for yourself.

And the entity will carry that. It is up to your own code to then manage the HP as you want it to.

When the HP reaches zero, it is your code's responsibility to remove the lua entity from te world.

There is no such thing as a mob at minetest level. Just lua entities.
Not So Simple Server | Babelfish | Randomized Shared Spawns

Entities have the 'hp_max' flag to set health and will automatically remove points for different tools used on it.

Following TenPlus1's post, yes indeed, there is an HP. Check the documentation for LuaEntitySAO. I should have too, before replying so fast :-P

You call register_entity with the name of the entity, then a table with the default values you want your entity to have.

I will confess that I am by no means an expert on this - just I have been picking at TenPlus1's mobs_redo so as to determine how to modify mob behaviour at load-time for my game, without changing his code.... so..... take my advice with my basic level knowledge in mind :-P

Still, if you thought that Minetest engine had some built-in system for mobs so that you could make something even simpler than mobs_redo or mobf, well... go talk to the core dev team to ask them for an engine-level API :-)

There is a lot of work to be done here, and I think that rather than building a new mob framework, you should probably fork an existing mob engine and remove things that you think are surplus to a basic mob engine.

Bearing in mind the goal of MILA to be lightweight, I expect the following things need to be taken into account at minimum, and at most:
Calling the library -- I suggest the following be a reference example:

The key areas that MILA would have to manage then will be:
This should be all that is necessary for a MILA mob. Many fancy things such as spawn time and conditions, environment damage, flight, eating, reproduction etc are absent from this, to keep it light.

Any thoughts? Anything I missed? Should an effort for a lightweight framework be its own project or a pared-down fork of something else?

You're going to need a good reason to be making a new mob engine from scratch when we already have a couple of good, well-featured ones ;-)
Not So Simple Server | Babelfish | Randomized Shared Spawns

yeah i will have a lot of work. lol. feel dumb right now.
But thank you for your answers!

azekill_DIABLO wrote:Edit: looks like mob redo with 'mila' instead of 'mobs' :D

Yes, because that's what I've been working with until now :-P But I feel they would be the appropriate minimum.

Also there a re a lot less options :-)
Not So Simple Server | Babelfish | Randomized Shared Spawns

yes. i'm working on this right now. looks not so hard to register a working entity.

Edit i say that and i will post something like : "argh keeps bugging" in 10 seconds
ＯＭＩＣＲＯＮ - pre-release 0.7 "Tweaky Update"

ideas of code to make an entity move? i use setacceleration but it kinda do, nothing at all. please help! remenber it's a community project!
ＯＭＩＣＲＯＮ - pre-release 0.7 "Tweaky Update"

azekill_DIABLO wrote:ideas of code to make an entity move? i use setacceleration but it kinda do, nothing at all.

Remember to search, and try to understand what already exists.

This is how mobs_redo implements walking

Really? It looks like you are working on the code in secret.... :-P

You did not post any URL where we can see the code, so you have not yet opened it to the community ;-)
Not So Simple Server | Babelfish | Randomized Shared Spawns

the problem is here

[EDIT - code has been subsequently posted!]

Don't care. If you want help, post the code.

Show your project while you develop it, and we'll believe you're serious. Bad code can be improved only if it is seen.

Hidden code is not worth a community's time. Not in Minetest, not in Apache, not in Firefox, not anywhere.
Last edited by taikedz on Thu Aug 25, 2016 11:50, edited 1 time in total.
Not So Simple Server | Babelfish | Randomized Shared Spawns

i've pasted it in my last post. and in my 1st post too
ＯＭＩＣＲＯＮ - pre-release 0.7 "Tweaky Update"

Will take a look!
Not So Simple Server | Babelfish | Randomized Shared Spawns

So here's an improved version and some notes in the comments. Try following the logic there.

First adjustment: everything defined for mila should be a function associated with the mila object

Second adjustment: you need to pass the functions to the lua entity after it is created

Third adjustment: do not require the mod creator who uses mila to make their own walking algorithms. We need to define that.

This is what the code should look like. There are probably still some bugs, but they should be fewer.