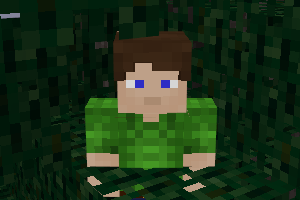 Allows to walk through and to climb on leaves.

Unzip the archive, rename the folder to soft_leaves and place it in
../minetest/mods/

GNU+Linux: If you use a system-wide installation place it in
~/.minetest/mods/

If you only want this to be used in a single world, place the folder in
../minetest/worlds/world_name/worldmods/

screenshot.png
(15.73 KiB) Not downloaded yet

Tip: If you loop through registered nodes for the group ”leaves” you won’t have to repeat yourself in your code.
Mods | Support Mesehub: bc1qluuests9rxmlnvpjrhsnyjg9ucwy6z3r0y3srw

Tip: If you loop through registered nodes for the group ”leaves” you won’t have to repeat yourself in your code.

Thank you; any hints on how to do that?
I've checked the lua_api. but I didn't understood how to scan minetest.registered_nodes for the leaves group.
I was about to do something like:

Sire, I got the code, will post tomorrow.
Mods | Support Mesehub: bc1qluuests9rxmlnvpjrhsnyjg9ucwy6z3r0y3srw

Added:
- Global function which allows other mods to register their nodes (see api.txt).

TIL about EUPL. Interesting license!

Basically it is like the GPLv3, but officially and legally available in about 30 languages.

I believe that a license should be comprehensible by anyone, and that its translations should be legally valid.

Else you are simply forcing people to adhere to a contract that they don't even understand.

For example, one can use a Spanish or French translation of the GPL, but the only legal version is the English one.
As far as I know, those translations are provided as "courtesy": so if you make some mistake because you don't understand English (legalese English, moreover), it's your fault.

It reminds me of the scene where an European colonist gives a contract to a native - which of course can't even read - telling him/her to sign it with a big X.
Afterward the native discovers that he/she has just given all his/her possessions to the colonist, be it the farmland, the home, whatever.
"Legally valid, friend, here's the contract that you signed. Now be a civil person and get away."

We have made some steps forward from that era - swindling people using language as a trap - haven't we?

Here's a table of comparison between various licenses: https://choosealicense.com/appendix/
My repositories: Codeberg.org | My ContentDB's page

I like this very much. Comes in handy when riding on horse! Thank you!

Nordal wrote:I like this very much. Comes in handy when riding on horse! Thank you!

IMO, they are even more useful in early mining shafts to get iron, before you have ropes or whatever else you are using.

ThorfinnS wrote:IMO, they are even more useful in early mining shafts to get iron, before you have ropes or whatever else you are using.

They're indeed useful as temporary ladders.
This is another feature that I've ported from Voxelands: I could not really stand not being able to walk in dense woods or climbing on mountains without bonking my head at every step, or 'ruining' forests by tunneling into them.

I also like it but it’s too exploitable for my needs. The horse exploit I don’t know how to mitigate but I don’t have tamables in my game anyway. The cheap ladder exploit can be solved by tree leave nodes having other drops than themselves: a similar node with different characteristics.
Mods | Support Mesehub: bc1qluuests9rxmlnvpjrhsnyjg9ucwy6z3r0y3srw

I guess I'm not understanding the problem. It's easy to chop enough wood to do that with ladders. Just one apple tree is almost enough to get you down to the iron. A little over a dozen gets you down to diamond. Only real advantage leaves have there is you can nerdpole with them. Even with bonemeal, compost, basic_materials and techpack, most players on my servers end up with chests full of leaves. There just aren't enough uses for leaves relative to the need for wood. And that's AFTER rebalancing the above mods to cut the output to no more than half, some to a quarter or less.

can the leaves absorb the impact of a fall? like falling in water
UFO for the UFOs MOD Melkars Better mice WIP Minetest logo 3D Helicopter for the Simple Helicopter MOD

OK. While they change the dynamic some, I didn't find it was overpowered, by any means. For example, any mob that jumps goes right up the nerdpole, so no using (just) leaves to get out of range. Slimes become positively deadly if you typically spend the night on a leaf nerdpole. And you can't sneak to place other leaves at the top to make a bigger platform, because sneak is the same key to go back down the nerdpole.

[EDIT]
Incidentally, how do you address that getting the first wood issue? Basic_houses solves it by just giving you the logs or wood (if you find a chest in a log or wood house), there's one mod out there that does so by letting you harvest sticks and pebbles, moretrees (or something) does it by letting you convert leaves to twigs to sticks to wood, there's something that lets you convert saplings to twigs, you could use TNT, I guess... The gathering sticks method is the one that appeals to me most, if I were to include a hard wood mod, but I can't find it anymore, and I don't feel like recreating it...
[/EDIT]

Melkor wrote:can the leaves absorb the impact of a fall? like falling in water

Since they're acting as ladders, I guess that they should do it. As far as I know, if you fall in a shaft and some ladder nodes are placed at its bottom, it acts as 'brake'.
My repositories: Codeberg.org | My ContentDB's page

Hamlet wrote: Allows to walk through and to climb on leaves.

Very good. I love that on servers where this function exists. Gives you great new view on houses and landscape by just climbing up a tree! Navigating a forrest also gets more enjoyable.
A list of my mods can be found here.

Sokomine wrote: ↑
Thu Jul 02, 2020 20:29
Very good. I love that on servers where this function exists. Gives you great new view on houses and landscape by just climbing up a tree! Navigating a forrest also gets more enjoyable.

Thanks! I hate headbutting into leaves while walking in forests...
My repositories: Codeberg.org | My ContentDB's page
Post Reply
20 posts • Page 1 of 1