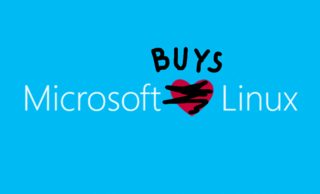 See the Story about Segway ...
Human has no future (climate change)
If urgend, you find me in Roblox (as CNXThomas)

I suspect that the only reason microsloth bought github is to have direct access to all the metadata of all the software development on it. They want to be able to identify features that would get people to switch to their platforms. They could even do targeted advertising (on github or elsewhere) based on the problems projects/developers are having. I doubt they feel threatened by anything happening on it. 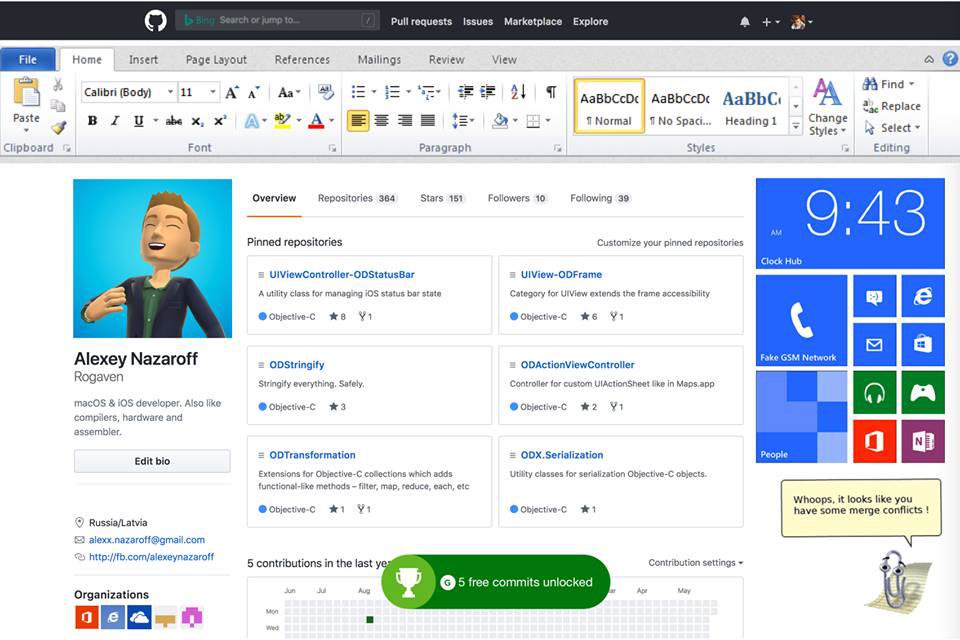 They use Git internally and have gvfs ("accidentally" named after the already existing gvfs). So they need developers who are confident with Git. Github developers are. So they bought GitHub.
German Let’s Play Channel | Officially released content

This is a part of a new strategy:
https://www.bloomberg.com/news/articles ... ny-anymore

While I tend to agree with that, it would carry more weight if microsloth wasn't one of their senior members. :p
Believe in people and you don't need to believe anything else.

I don't think they would do anything against Minetest specifically. But I'm still in favor of changing the hosting platform. Creating our own platform is the best solution if we are able to maintain it (I'm a bit skeptical).

If your home has been bought by a Mafia man, would you stay in it?
GitHub was yet a business but an independant corporation that had all the reasons to remain neutral. Microsoft is a much bigger one, that owns litterally everything, with many other interests, that can have more unpredictable and harmful reactions. What I fear are changes in GitHub policy, targeted ads or like.
And I find this post on GitHub's blog particularly disgusting: https://blog.github.com/2018-06-04-github-microsoft/
Just realize how bored we would be if the world was perfect.

To complicate the standpoints a bit: How does it ever feel secure to put the vast trove of the world’s open source code on a venture capital-funded startup? As for being ”independent”, do anyone even know what VCs funded Github to begin with? The fact that tech startups exist solely for the purpose of eventually being bought by the highest bidder should come to a surprise for no one.
Last edited by texmex on Thu Jun 14, 2018 16:50, edited 1 time in total.
Mods | Support Mesehub: bc1qluuests9rxmlnvpjrhsnyjg9ucwy6z3r0y3srw

GitLab Ultimate / Gold accounts free for education / open source projects that use
OSI-approved open source license and which does not seek to make profit from the resulting project software.

https://about.gitlab.com/2018/06/05/git ... en-source/
"Defects are always more tolerable than the changes necessary to correct them"

On second thought, I prefer NotABug.org
It is a lot less clogged with scripts than GitLab and has a better internationalization.
It just misses PGP/GPG signed commits, but I'll live with it.

I don't want to start an argument, but I feel like I'm facing a wall of indifference - or worse, stonewalling - on this subject.
My repositories: Codeberg.org | My ContentDB's page

I am very curious of what the community will see as the preferred alternative. Seems like most are moving to either GitLab or NotABug. From my limited experience, GitLab's user interface appears more similar to GitHub's.
My Mods
My WIP Mods

I've only used Bitbucket myself. I went there immediately, without ever considering GitHub. Personally, I'm more fond of its interface and and feature set.

I think some new git hosting services will begin to appear soon.

What they do with this in the next year, is what I am paying attention to.
Regardless of what they do..., they are bound to honor the license of each and every bit of material, which is currently on github, whether they own github or not.
Ich mag keine grünen Eier und Schinken, ich mag sie nicht Sam I Am

One month later and nothing changed.

We lived through Ubuntu Search Lens and Unity, didn't we? Everything is going to be fine.
viewtopic.php?f=10&t=19056 Solar Plains Dev Server

The other stuff they purchased wasn’t ruined right after the purchase either.
German Let’s Play Channel | Officially released content

GitHub is NOT officially owned by Microsoft yet. The actual transfer of ownership still takes a while. There is still time to escape. ;-)

I mean, think about it: The Minetest website is self-hosted, both wikis are self-hosted, the Content DB is self-hosted. So don't tell me it would be impossible or extremely hard to also self-host the repository. ;-)
My creations. I gladly accept bitcoins: 17fsUywHxeMHKG41UFfu34F1rAxZcrVoqH

After all my touting of Bitbucket, the past 24 hours the service has been very under par

This would also allow hosting mods there making it super easy to have them integrated to Minetest via in-client mod library without manual work to be needed for the content database.
German Let’s Play Channel | Officially released content

So I wonder if Mesehub could be eligible to become the official Minetest git, and if it would be possible to make it work like GitHub regarding the Content DB.
My repositories: Codeberg.org | My ContentDB's page
Post Reply
82 posts